June 15, 2019: Samsung is rolling out a new software update to the 2018 Galaxy Tab A 10.5 as version T595XXU3BSF3. Besides installing Android Pie with One UI on top, the update also includes a new security patch for June 2019 alongside system-wide bug fixes and stability improvements.

June 10, 2019: A new Android Pie software update is available for the Galaxy J7 Nxt (SM-J701F) as version J701FXXU6CSF1 and brings One UI to the device with things like a system-wide Night mode, gestures for navigation, a floating Samsung Keyboard app, and Adaptive Battery for improved battery life. The update also tags along a new May 2019 security patch.

May 29, 2019: After a long wait, the T-Mobile variant of the Galaxy A6 handsets in the US is now being updated to Android 9 Pie. The global units got Pie back in March, but as usual, a carrier variant is late to the party.

Samsung is the leading smartphone vendor in the world and as always, it is the South Korean company’s actions that will determine how fast the new Android 9 Pie update will gather pace. Google already did its part and made the AOSP available beginning August 6, 2018, and now it’s upon Samsung to make it happen.

If you own a Samsung Galaxy smartphone or tablet, this page has all details about Samsung Android 9 Pie update, what and when to expect it, the devices that will receive the OS and even more details on unofficial Pie updates via popular custom ROMs. 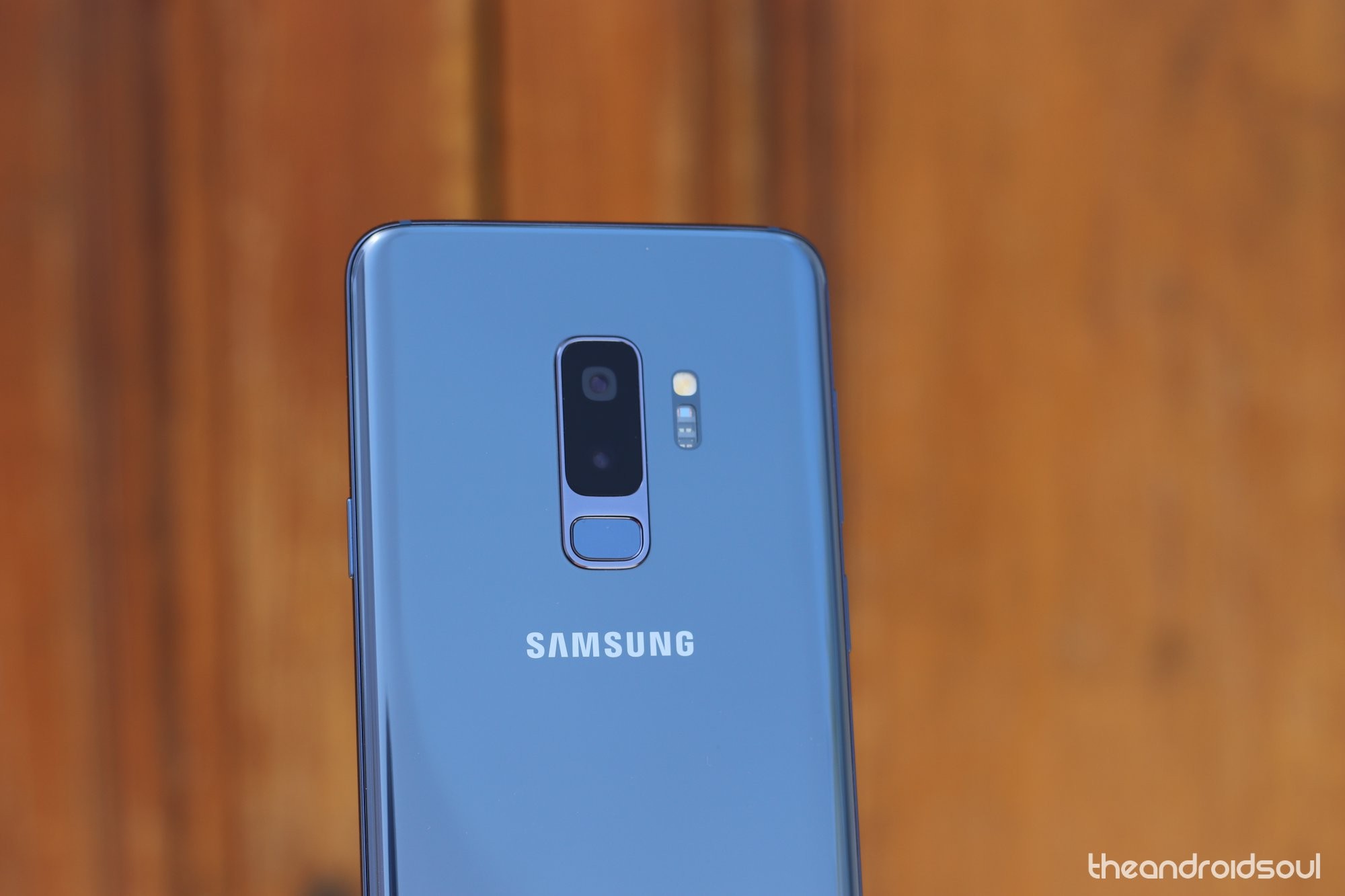 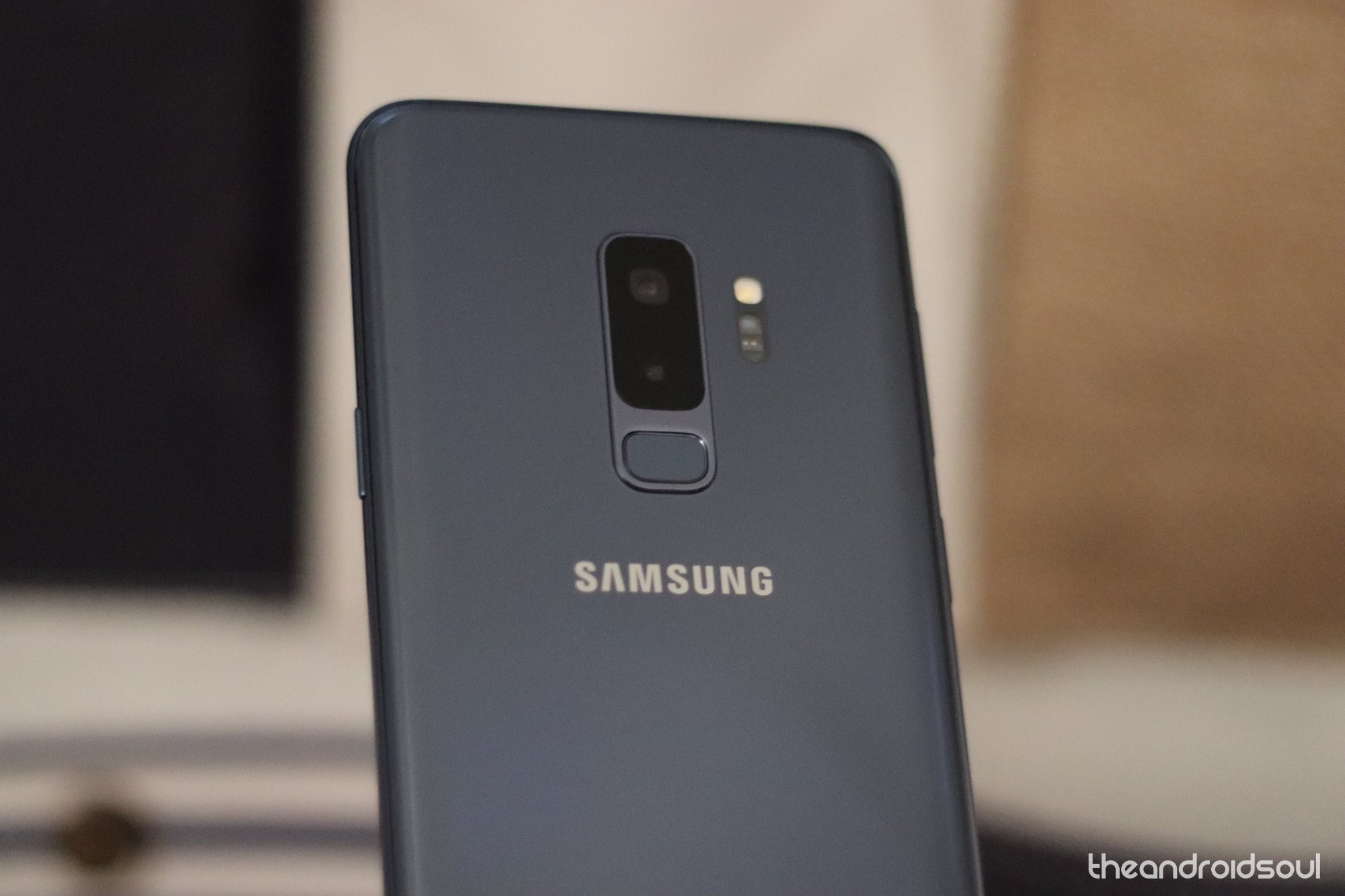 Following weeks of testing, Samsung finally released the first stable version of Android 9 Pie with One UI on top for Galaxy S9 and S9+ on December 24, 2018. The first carrier variant in the U.S. got the Pie update on January 29, 2019, and a day or so later the OS arrived on multiple carriers, including Verizon Wireless, Sprint, and AT&T.

Samsung released the first stable update to Android 9 Pie for the Galaxy S8 and S8+ in Europe on February 19, 2019. Those in the U.S. started getting the update towards the end of March 2019.

Like with the case of Oreo, it will take some time before the Pie update arrives on the Galaxy S8 Active, which could see this handset joining the party in April or even May 2019. The update to Android 9 Pie will be the second and last major OS upgrade for the S8 series.

Samsung usually rolls out two major OS upgrades to its flagship phones in the S series. With the update to Oreo, the Galaxy S7, S7 Edge and S7 Active were receiving their second and last major OS upgrade, meaning they won’t be getting any official update to Pie.

Samsung released the stable version of its Android Pie update for Note 9 in Europe on the fourth day of 2019. Identified as software version N960FXXU2CRLT, or CRLT in short, the update first rolled out in Germany and later on found its way to other parts of the world that use the N960F variant. Those in the U.S. had to wait until the final day of January 2019, with AT&T and Sprint leading the race, but it took T-Mobile, U.S. Cellular and Verizon Wireless until March to release the update.

Samsung has released the stable version of Android 9 Pie for the international Galaxy Note 8 with model number SM-N950F as well as U.S. variant with number SM-N950U.

Unlike the device it takes after, the Galaxy Note 7, the Note FE came preinstalled with Android 7.1 Nougat out of the box and has since been upgraded to Android 8.0 Oreo, the first major OS upgrade. The second major OS update to Android Pie came on March 25, 2019.

As for the 2016 duo of Galaxy A9 and A9 Pro, there won’t be an upgrade to Pie, unless the Android development community comes up with something for you.

The Galaxy A8 2016 was launched with Android Marshmallow and is currently on Android Oreo, the second and last major OS upgrade.

Samsung Galaxy A7 2018 is the only device in the Galaxy A7 family that is eligible for Android Pie and has already received the update. The rollout started out in Europe on March 14, 2019.

Samsung has begun rolling out Android 9 Pie for the A6 and A6 plus handsets. The One UI update started rolling out for the two devices in the UAE and spread gradually across the globe, eventually arriving in the U.S. two months later.

Samsung hasn’t released any Galaxy A5 handset in 2018. The last of this kind to come around was the Galaxy A5 2017 and so far, the device has received two major OS upgrades, the latest of them, Android 8.0 Oreo, having rolled out in Q2 2018. With that said, the only other way you can get Android 9 Pie on your Galaxy A5 2017 handset is if a Pie-based custom ROM will be made available, which we can’t tell for now. You can keep an eye on these pages for such news, though.

Like the Galaxy A5, Samsung hasn’t refreshed the Galaxy A3 series. The outgoing Galaxy A3 2017 has received two major OS upgrades, including being the first to get Oreo with respect to the Galaxy A 2017 family of devices. With this in mind, don’t look forward to an update to Android 9 Pie officially, but maybe something could come up unofficially. If it does, we’ll update any of the pages below, so make a point of keeping an eye on them.

The Galaxy J8 has a ready update to Android 9 Pie in Russia as of April 08, 2019. The update, besides installing Pie, also brings Samsung One UI on top of stock Android.

The J8 is the first in the J series to get a taste of Pie.

Samsung hasn’t announced refreshed versions of the Galaxy J5 family. The last to come around was the Galaxy J5 2017 and none from the edition will be upgraded to Android 9 Pie. Since the Galaxy J5 2017 series has Nougat out of the box and is entitled to one major OS upgrade, the best devices in this series can do is Android Oreo, which is already rolling out.

If Samsung unveils the Galaxy J5 2018, it will be preinstalled with Android Oreo and hence eligible for an update to Android 9 Pie, but until then, no J5 handset will be receiving the new OS.

Both Samsung Galaxy J4 and J4+ can now be upgraded to Android 9 Pie, although the updates might not be available in all regions across the globe.

Samsung’s first Android Go device is expected to get an update to Android 9 Pie Go Edition and so does the Galaxy J2 2018. Samsung says the duo will switch to Pie this April 2019, but it remains to be seen whether the company will live up to its promise.

As for the other Galaxy J2 variants, no Pie update is expected officially.

As expected, Samsung has begun rolling out Android Pie update with One UI skin for the Tab S4 tablet. The initial rollout took place in Europe before spreading to the U.S. a couple of weeks later.

Samsung Galaxy Tab S3 will be receiving its second and last major OS upgrade to Android 9 Pie with One UI in August 2019, this is according to the most up-to-date plans the company recently published.

Both the Galaxy Tab A 2017 and Galaxy Tab A 10.5 (2018) are eligible for an update to Android 9 Pie. According to Samsung, though, the former will get the nod in September followed by the latter in October 2019.

The Galaxy Tab Active 2 started receiving the update to Android 9 Pie with One UI on June 7, 2019, but only for the LTE variant. The Wi-Fi only model will follow suit pretty soon.

Which Samsung Galaxy device do you own? Does it appear on this list? Let us know in your comments below.