How to gift yourself Christmas Hats in Among Us game right now!

Nothing goes better with bitter betrayal and unrepentant dishonesty than a fancy hat. Nowhere is this fact better exemplified than the belated smash hit, Among Us — the premier party game for budding psychopaths and those looking for a quick way to end a relationship.

What are Hats in Among Us? 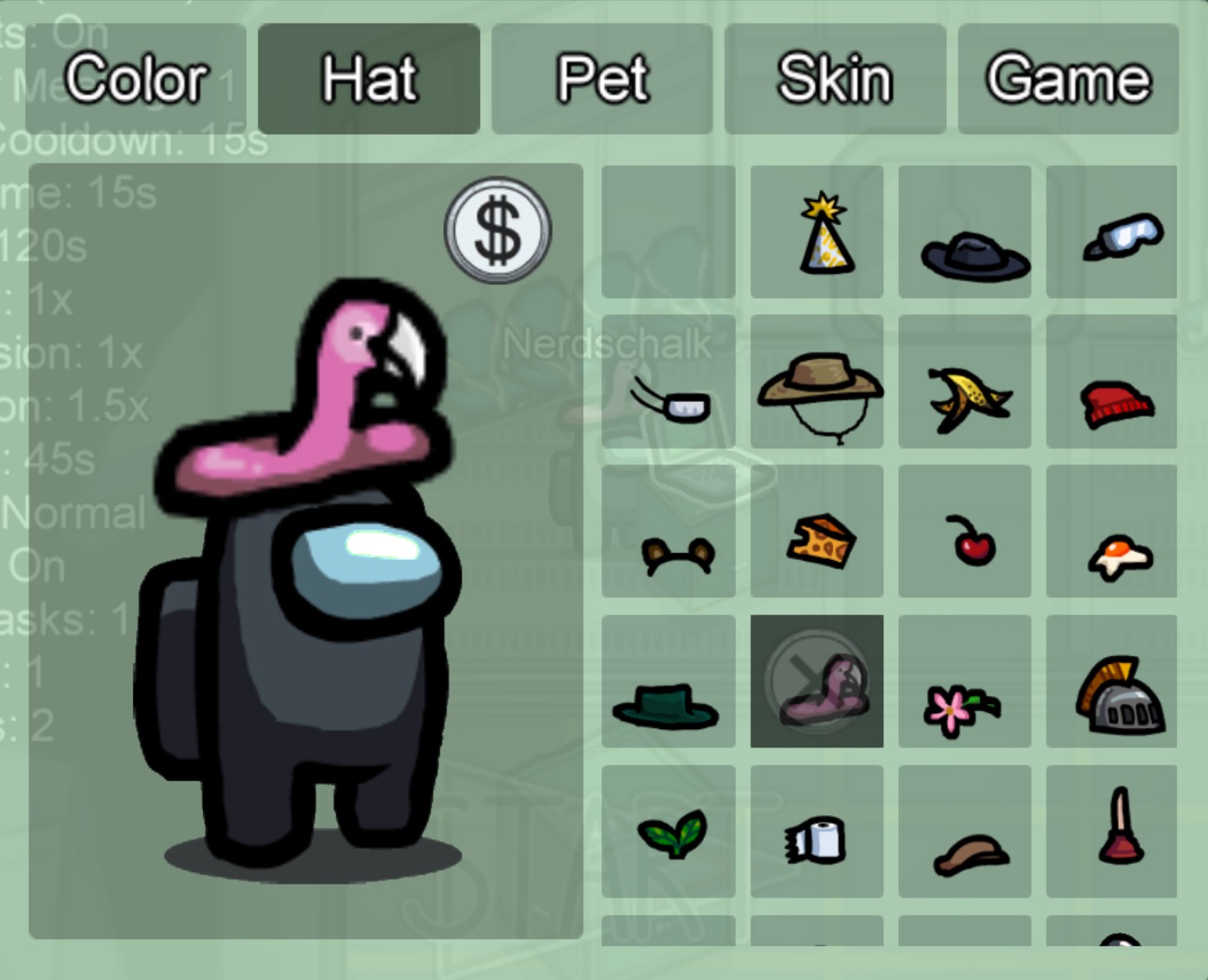 Hats are, in the real world, articles of clothing used to disguise bald spots. In Among Us, they are fancy headdresses that are worn for both murdering and being murdered. As cosmetic items, Among Us Hats have no intended effects on gameplay and are worn solely for adding some sense of style and pizzazz to your character before making tactical use of false accusations and vent-crawling against other players.

Related: How to Play Among Us: A Definitive Guide!

How to Get Hats in Among Us

There are currently 93 ownable hats in Among Us, with 34 available for free to mobile players and 16 more available for free to players who’ve purchased the PC version on Steam. The rest of the hats are purchasable for either $0.99-$1.99 apiece, depending on the severity of their ridiculousness.

Aside from the hats available for purchase through the cash shop, players are also given access to a seasonal collection of festive hats for both Halloween and Christmas — just to, you know, spread the holiday spirit while painting the walls of a spaceship with the blood of companions who once trusted you. In total, there are twelve hats for Halloween and eight for Christmas that are unlocked on the date of their respective holiday.

Related: How to Update Among Us on PC, Android, and iOS

What are Christmas hats in Among Us?

If you played Among Us recently, you might have seen players, walking around with Santa hats and other new items. Like other materials available to style up your avatar in Among Us, you can get Christmas Hats to take over the holiday season and give your character the much-needed snowman look.

hey karl in honor of ur north pole stream yesterday, what among us christmas hat do u like the most!! pic.twitter.com/FnQEWpTbiT

For now, Innersloth lets you choose from various hats for the Christmas season. Unlike on Halloween, players will only get up to 8 collectible items, down from 12 items that were available during the pumpkin season. You can pink any of the following hats:

Another hat that isn’t available by default or in the shop. Is it another Christmas hat? from AmongUs

Can you get Christmas Hats for free in Among Us?

Yes and no. All the hats inside the Christmas bundle are available for free for PC. This is because PC players of Among Us actually paid $4.99 to be able to play the game. That’s why all hats under the Christmas pack will be available completely free of cost.

Unfortunately for mobile users of the game, Christmas Hats will be available for everyone in Among Us as in-store items. This means you can’t get them for free when playing the game on Android and iOS and there’s no other way to avail the items besides paying for them.

Yeah. We’re pretty bummed out as well and so are others.

You have to BUY the Among Us Christmas hats??!!! pic.twitter.com/stP3IALDE0

You can get the complete Christmas Bundle by spending $4 inside the in-game store on Among Us. But before you go ahead and purchase the bundle, need we remind you that the items were originally launched back in 2018 and it’s better you wait for Innersloth to release newer items to the bundle or upgrade.

And who knows, when the developers release an updated set of Christmas hats, maybe they’ll be available for free just like Halloween costumes that were available before.

How to Get Christmas Hats on Among Us 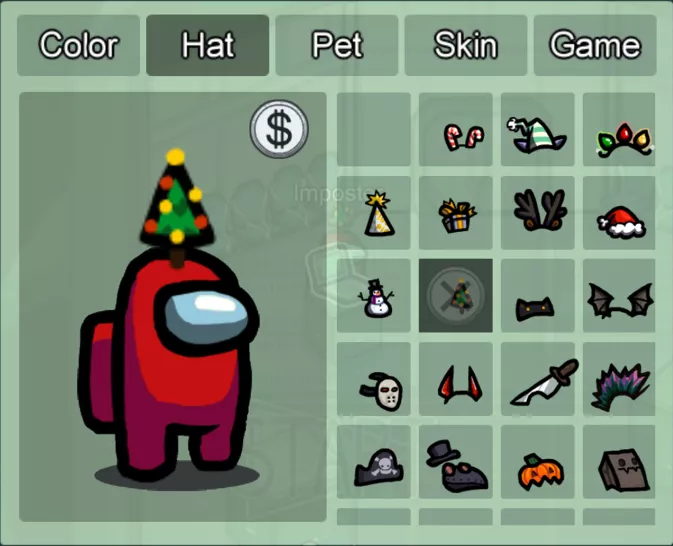 Sometimes the best way to spread the Christmas cheer is by sneaking through a vent, ambushing a friend just trying to do some wiring to fix the ship, and slaughtering them viciously with your torso-mouth. There are other ways, but this is the best one.

Since the Christmas Bundle was released in 2018, it should appear inside the in-game store on Among Us straight away. If not, you can perform the following tweak to make it available for you.

The trick involves you changing your date and time of your device to December 24, 2019, and 11:59 PM. Once you have changed the date and time accordingly, you can load up the game and head over to the ‘Customize’ menu to check whether it has been added to your account. Once you have the Christmas hats, they’ll be available to you forever and will be part of your inventory.

In case the Christmas bundle still doesn’t appear on your device, you’ll just have to wait along with the rest of us before hanging up your mistletoe and polishing the blade of your favorite, Christmas dagger.

Once Christmastime does finally roll around, you’ll find an assortment of festive hats in the usual Hats section of the customization menu available through the laptop in the game lobby.

How to Get Halloween Hats on Among Us 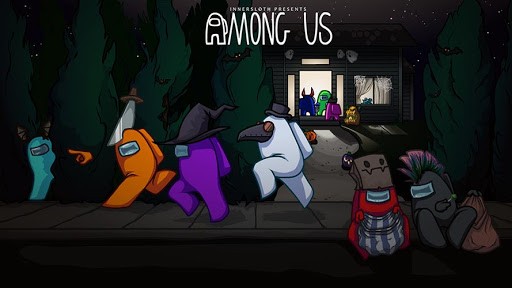 As of at least a few days ago, players were able to make use of an exploit where players could change the time and date of their device to 11:59 PM on October 30th, 2019 in order to trick the machine into thinking it was Halloween a minute later — thereby granting them early access to an assortment of holiday hats. This appears to have been patched out, however, as changing the date now leaves the cash shop stuck in an eternal loading screen.

The only reliable way left now is to, well… wait for Halloween for your Halloween hats. Or Christmas. Unfair it may be, but Innersloth — for some inexplicable reason — seems intent on making Halloween hats available during Halloween. Strange.

Related: Among Us Memes!

For tons more Among Us content in the way of tips, tricks, guides, and explainers, be sure to check out the annals of Nerdschalk Among Us history.

How Much FPS Does PS5 Have?

How to Add a Battery Widget on iOS 14