What is Among Us and WHY the hype?

Gone are the days when gameplay took a backseat to the latest graphics and subpar game mechanics and player-experience could easily be forgiven in favor of cutting edge rendering and killer concept art. Nowadays what matters is the product, not the packaging.

In a world where on the cusp of the PS5 and Xbox Series X, where ray tracing and monstrous new game engines are blurring the boundary between gameplay and reality, it’s poetic justice that the single most streamed game in the world right now looks like a Saturday morning cartoon.

That’s right. We’re talking about Among Us, a simple top-down indie game that has obliterated records set by billion-dollar franchises like Fortnite and League of Legends through nothing but the sheer awesomeness of gaming.

Related: How to play Among Us: Our Guide!

What is Among Us?

Among Us is a cross-platform online multiplayer, which allows you to team up with your friends and take on the weird challenges that the game throws at you. Objectively speaking, the game is pretty straightforward and is based on short mini-missions you need to complete to get to your primary goal.

What is the objective of Among Us?

As discussed in the previous section, Among Us isn’t a very complicated game. However, that doesn’t make the game any less challenging. To understand the objective more clearly, we must take a look at both sides of the coin.

The game is divided into two groups — ‘The Crew’ and ‘The Impostor.’

The members of ‘The Crew’ are required to complete little tasks and prepare their space ship for launch. The game throws a bunch of challenges at them, and they are required to navigate the waters expertly and complete the tasks. Another objective of theirs is to identify ‘The Impostor’ and kick them out of the ship. Once the objectives are completed, you and your mates are declared the victors.

As you may have already guessed, ‘The Impostor’ pretty much has a single mission — sabotage the space shuttle launch. Like a good spy movie, ‘The Impostor’ would pretend to help ‘The Crew,’ while simultaneously working to kill some of the members in secret. ‘The Impostors’ can use the vents to move quickly from one place to other, use sabotaging techniques to create chaos, trap the members of ‘The Crew’ and carry out a silent assassination. What’s even more impressive is that ‘The Impostor’ even has the power to frame bystanders for their misdeeds. A truly fascinating tale of espionage and betrayal.

How much does Among Us cost?

Fascinated by the premise of the game? You’d be happy to know that the game also doesn’t burn a hole in your pocket. The developers over at American firm, Innersloth, have done an impeccable job at creating this game and did even better at making it affordable.

The game is available on Windows, iOS, and Android, which covers pretty much the entire digital planet. If you’re on iOS or Android, you’d be able to download the game for free. Windows users, however, would have to shell out $5 to get the game from Steam.

The game is available in all major countries. So, unless your friend lives in some super-secret base in some super exotic country, you’d be able to connect with them and play to your heart’s content.

Does Among Us support Crossplay?

In the previous section, we learned that Among Us is available on Windows, Android, and iOS. The availability of the same game on three different platforms bodes well for many users. However, it doesn’t tell us whether users from different platforms can play the game together. Fortunately for us, Innersloth hasn’t been very coy about the situation.

As confirmed by the developing company, Among Us comes blessed with the Crossplay feature, which would allow multiple users from different platforms — Windows, iOS, and Android — to join the same game. This also bodes well for users who have the game on multiple devices, as they won’t have to worry about compatibility issues.

Related: Among Us crossplay between PC and Mobile explained

How many people can play Among Us at once?

Among Us’s Crossplay feature opens up new avenues for all gamers, as they aren’t required to think twice before starting a new game with their favorite people. This online or local party game of “teamwork and betrayal” needs at least four participants. If needed, it can be scaled up to 10 people.

You can play this game online and join other active hosts or you could use your local Wi-Fi to create your own little party game. Thanks to Crossplay, you can invite any user to join in on the action and start an enthralling session of Among Us. 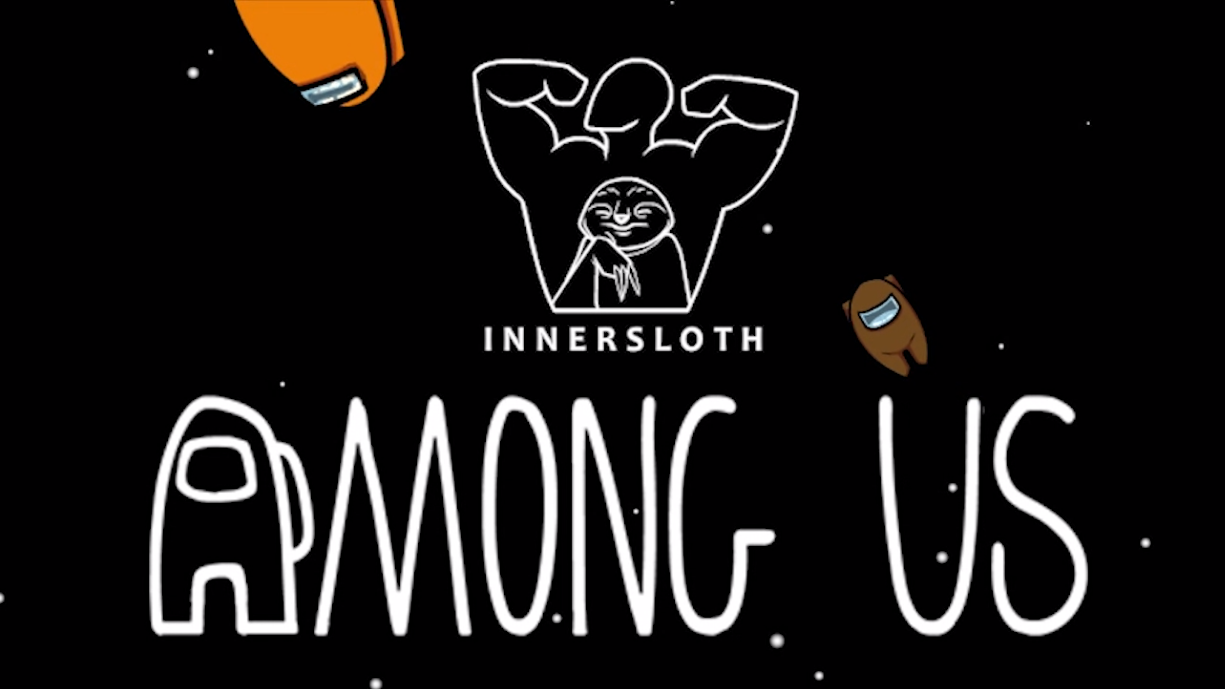 What is the age rating for Among Us?

If you are a parent, you must always be wary of the content you expose your offsprings to. And when it comes to games, the age rating is probably the most accurate parameter for it. Additionally, given Among Us’ soaring popularity, it’s not unusual to think about making it a family game.

How to communicate in Among Us?

As mentioned, Among Us is a perfect game for parties, for chilling with friends and family. However, if your friends, family, or other participants, aren’t in the same vicinity, it’s important to have at least one clear line of communication. Thankfully for Among Us, we have two.

Yes, Among Us supports both voice and text chat, which makes the game more accessible to a large section of the audience. So, the next time you fire up the game, don’t be shy to put your thoughts across.

Why is Among Us so popular?

The neat little game — Among Us — first came into being on June 15th, 2018. However, it was never as popular as it is right now. Millions of users are playing the game and others are binge-watching their favorite YouTubers or Twitch broadcasters enjoy the same. The game’s rise to fame can startle a few, but given the value it offers, it’s hardly a surprise. Here, we’ll look at some of the reasons why the title has become so engrossing to millions of users. 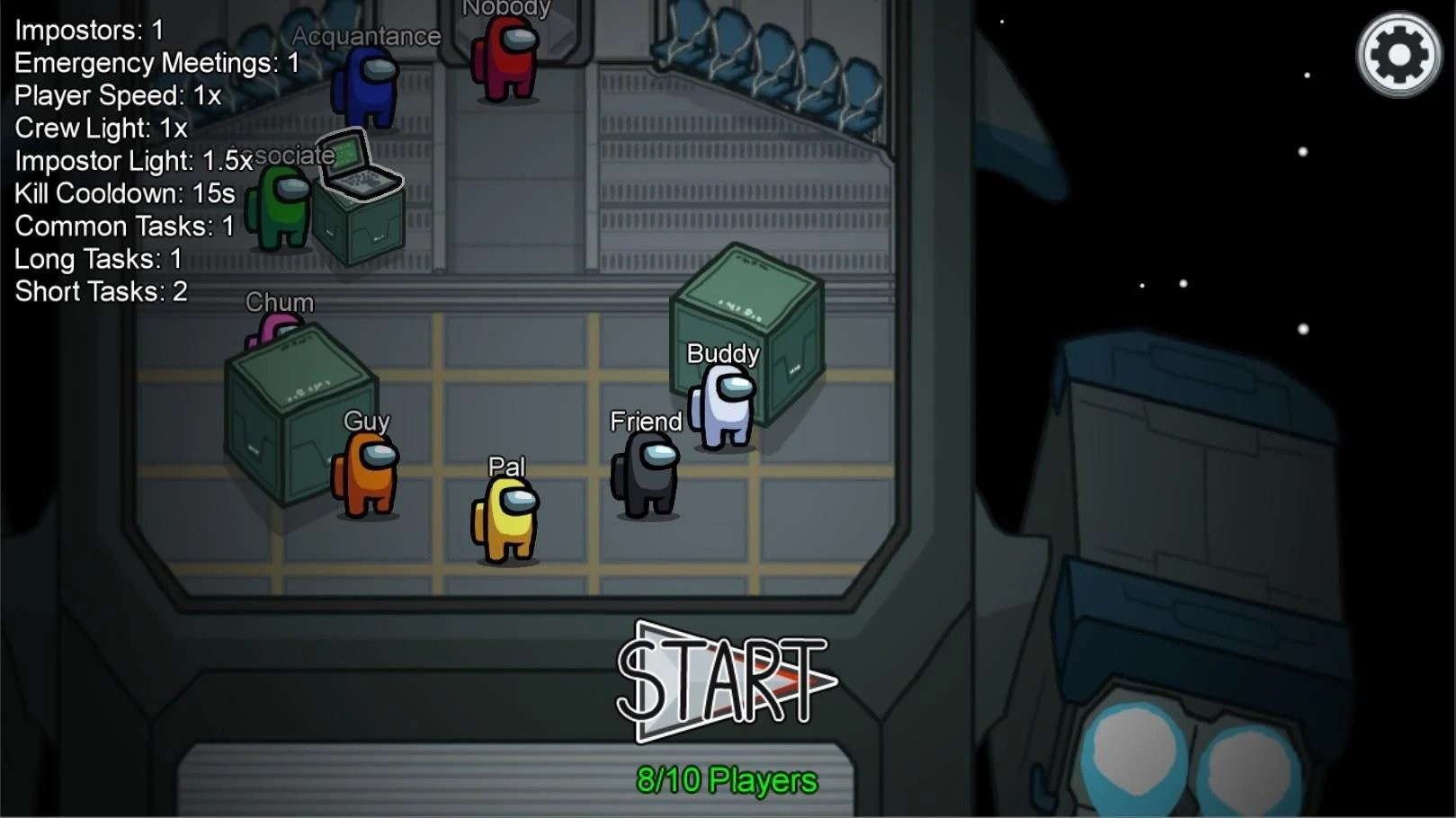 Among Us is a game of many talents, but none of those can hold a candle to Crossplay in terms of practicality. Almost all popular games are cross-platform, of course, but very few of them take the time and put in the work to make the game accessible from all platforms. You will neither need a group of iOS devices to start a party, nor would you be forced to exclude Windows PC users. Among Us doesn’t discriminate, it’s a game for all devices, for all people alike.

Games, especially on Windows, have always been pretty expensive. Even the cheap ones tend to cost over $15, which isn’t always affordable for teens or young adults. Among Us, on the other hand, not only does it not cost a dime on Android and iOS, but it also offers all the excitement to Windows PC users for $4.99 only. Thanks to Crossplay, you won’t need to worry about the device you’re on, as all devices connect to a common Among Us server, enabling cross-platform multiplayer.

Additionally, the game doesn’t ask much out of your Windows PC and can be played easily on a low-end system. You only need 1 GB of RAM, 250 MB of HDD space, a processor with SS2 instruction set support, and Windows 7 Service Pack 1 to play the game.

Related: Learn the essential keyboard controls for Among Us

For all intents and purposes, memes are the life-force of the internet. They offer respite when you’re feeling down and urge you to look for what’s trending around you. The subjects of the said memes also enjoy untapped success, as more and more potential subscribers flock the search engines to find the source of their new favorite meme.
Before going mainstream, Among Us used to be a niche, espionage title that catered to a handful of users.

The members of this rather cozy Among Us clan took to Reddit and Twitter to share Among Us-centric memes, which, in turn, drew unsuspecting users to the game. Now, you can find Among Us memes pretty much everywhere, and the company certainly owes a lot to the clever memers for giving Among Us a healthy jump start.

For reasons unknown, popular streamers have picked up the game and started broadcasting the gameplay on their massive YouTube and Twitch channels. Thanks to their popularity, millions of viewers have now been exposed to the game and are found binging their favorite streamer’s gameplay sessions for hours on end.

Since these gameplay videos tend to hold the users’ attention for a longer span, the host services — YouTube, Twitch, and others — tend to recommend these videos to more and more users. This phenomenon not only brings more users to these popular channels but also encourages small-timers to jump on the bandwagon. It’s a win-win-win for the streamers, the game, and the services.

Among Us is one of the most straightforward games you’d find out there. It doesn’t require a rocket scientist to figure out the ins and outs of the game, which makes the game a lot more welcoming. This game has the quality to appear enjoyable to anyone between the ages of 10 and 90, and the UI must take some of the credit for it.

The moment you install the game, you automatically figure out what your next move should be. And that is what success looks like in our books.

Popular streamers seem to have found their new quarantine escape in the form of Among Us. They regularly log in to their preferred streaming platforms and share their Among Us expertise with the world. Since Among Us allows up to 10 people to join a single game, popular figures get the opportunity to collaborate with their well-known counterparts, which leads to even more views and shares.

Among Us’ popularity is one of the main reasons why it’s growing by the minute. So, at present, it’s practically a self-sustainable machine that feeds itself to expand.
Let us explain. Since it’s a multiplayer game, you always need someone to play the game with. Friends and family are the best participants, of course, but they aren’t always available to keep you company.

However, since the game is so popular at the moment, the game lobby is always buzzing. You can always find a game — with random Among Us players — that’s about to commence, making sure you’re never end up feeling disconnected.

Where to watch Among Us live streams and gameplay videos?

YouTube and Twitch are filled with Among Us gameplay videos, and you can even catch these sessions live if you are lucky. We’re listing some popular channels that have/broadcast Among Us gameplay.

Among Us: How to Change Settings and The Best Settings to Keep for Different Gameplay