Genshin Impact wears its inspiration on its sleeve. Not only does it draw from the high-chroma aesthetic and art style employed in Breath of the Wild, but the attentive gamer might also notice more than a few easter eggs and homages to other creative giants.

Like the fact that Diluc is the Batman of Genshin Impact.

Deeply shaped by the premature death of a massively influential parent? Check. Upholding an aloof playboy persona to mask a burning desire to deliver justice and rescue a city beset by crime? Check. Uber successful captain of industry by day and unstoppable one-man army by night? Check. And seriously, his alter ego is literally called the “Darknight Hero.”

For all its masterful design and sprawling artistic scope, Genshin Impact will not be remembered for its subtlety.

But it’s not his extra-curricular activities that make Diluc the single most coveted character in Genshin Impact. It’s the straight-up OP damage output that Diluc is capable of — if you have a good Diluc build that is.

Down below we’ll walk you through the best Diluc build, everything from the best artifact set for Diluc, to the weapons, and even some playstyle tips to turn your Diluc into a fiery murder-machine unlike anything else in Genshin Impact.

Searing Onslaught is a repeatable 3-part skill that serves as the “meat” of Diluc’s offense. This doles out some serious Pyro damage and can be interwoven with his basic attacks to vastly increase DPS and, when artfully done, effectively erase its cooldown.

Not only does it hit like a truck (or, three trucks, rather) it also looks amazing. And yes, this is what capped off that wild 100K+ combo doing the rounds on Chinese social media.

When using Dawn, make sure to line up whatever you want to hit right in front of you. Some players have had targeting issues, and the revolving camera can confuse new Dilucs — so just make sure you’re centered on your target before unleashing the devastating wave of avian fire.

Relentless halves the stamina cost of Diluc’s charged attack and extends its duration by 3 seconds — a utility to be used situationally with this weaving-heavy build. More on that later.

Passive Talent: Blessing of the Phoenix

Blessing of the Phoenix extends the duration of Dawn’s basic attack buff by 4 seconds and increases Diluc’s Pyro damage by 20% while active. This can be used to create a herculean boost when utilized correctly.

This is an automatic passive that refunds 15% of the ore spent on the crafting of Claymore-type weapons. Something that will certainly come in handy next.

Wolf’s Gravestone rewards aggression by giving Diluc a further 20% Attack boost and then a 12 second 40% Attack boost to the whole party against enemies with low HP — a passive that especially shines against Bosses with tanky health bars. Harder to get than your other option, Prototype Animus, especially since the RNG gods already smiled on you by giving you Diluc, but Wolf’s Gravestone is nonetheless well worth the effort for a Diluc-centric team comp.

Prototype Animus not only gives you a huge percentage attack boost, it turns one of your auto attacks into a straight-up nuke with anywhere between a 240% to 480% attack multiplier. While you’re grinding for Wolf’s Gravestone, the Prototype Animus is certainly your best choice and the go-to for the majority of current Diluc players.

Your main priorities for your Diluc Artifact build will of course be Attack, Physical Damage Boosts, and Auto-attack Boosts. There is no other DPS like Diluc in the game and maxing him out glass cannon-style will pay you dividends once you start weaving Searing Onslaughts into your Auto-attacks and dropping nuclear Phoenixes on your opponents.

A good Diluc Artifact build should also prioritize strong base stats over set bonuses. Ideally, you’ll be able to curate your way to both, but you would rather have high base values coming from your artifacts with decent set bonuses rather than decent values and a high set bonus. Primarily because most set bonuses scale from your base values anyway.

The best artifacts for Diluc are, without a doubt, those that prioritize raw damage above all else. Any good Diluc artifact build should be well-curated to weed out subpar stats like Defense or HP in favor of damage-oriented stats like Attack, Crit Rate, Attack, Crit Damage, Attack, or Elemental Mastery. Or, you know, Attack.

Even without the ridiculous level six Constellation that turns Diluc into an absolutely broken damage-dealer,  Searing Onslaught can be almost effectively without a cooldown by weaving the full 4-swing basic combo in between each strike. Doing so creates an uninterrupted chain of auto-attacks and Searing Onslaughts. If you’re trying to finish a big mob or a boss, you can go with the other form of weaving: Animation canceling.

Anybody who’s played a lot of hardcore eSports might be familiar with the way animation canceling works, but in case you’re not here’s the short: Everything on-screen is just the animation used to represent the data really going on behind the curtain. When you swing a sword, for example, there is a specific moment in time when that strike is registered as a hit on the target — while the animation that is shown may not line up 1:1. In many cases, the animation lasts slightly longer for artistic reasons.

Skilled players can pay attention to when the hit is registered, and initiate a new maneuver that cancels that animation — shaving off a tiny sliver of time from the damage-dealing process. In League of Legends for example, as soon as a basic attack projectile is cast you can move to end the recovery animation and initiate a new attack, shortening the length of time between shots.

Be absolutely sure to include another Pyro in your party to take advantage of the free, party-wide 25% Attack boost that comes with the Fervent Flames elemental Resonance. While Elemental Resonance actually stacks, and you could theoretically take advantage of a gargantuan 50% Attack boost, this is the one time we would recommend against maxing Attack at all other costs. Not only would that necessitate getting all four pyros — Amber, Diluc, Bennet and Xiangling — it would leave you way too overexposed when fighting Pyro resistant enemies. Plus you wouldn’t get to take advantage of other great combos, like…

Using Venti in your team alongside Diluc opens up a couple interesting combos, including the Genshin Impact version of the original uppercut spam: Venti’s ability to create a Wind Domain with Skyward Sonnet makes it possible to spam plunge attacks with Diluc and cheese out enemies with pure, unrepentant AoE.

The more respectable combo it makes possible is the Wind’s Grand Ode + Dawn combo. Venti’s ult basically creates an AoE pull that can cluster enemies up and prime them for one, unopposable, unstoppable nuke by way of Diluc’s Dawn.

Yeah, they basically go together like peanut butter and jelly. Except in this case it’s an enormously destructive sandwich made of forest fires and hurricanes.

Like all things animation and manga related, it didn’t take long for numerous Jojo references to start popping up throughout the game. Which is fitting, because — unbeknownst, perhaps, to a majority of Genshin Impact’s western audience — the game’s original Japanese voice acting cast is a certified ensemble.

Most notably, Kensho Ono, the famous voice behind the famous Giorno Giovanna from part five of the long-running, widely celebrated, and downright inexplicable JoJo’s Bizarre Adventure. Nobody says daga kotowaru to animation royalty like Ono, which is perhaps why he’s given the prestigious role of Diluc — the undeniable fan-favorite of Genshin Impact.

While Genshin Impact gives lets you take Diluc for an early-game test drive, for those looking to make their relationship with the Winery tycoon permanent, you’ll have to get ready for a few Gacha pulls. Perhaps more than a few.

As a 5-Star character, the odds of drawing Diluc out of any banner is pretty low. That said, in the absence of a Diluc-oriented banner, your best bet to acquire Diluc is any non-weapon banner. Even if the featured promotional characters aren’t Diluc, the absence of weapons means that, at the very least, you will pull a character. The chances are pretty scant at 0.6%, so keep your fingers crossed! 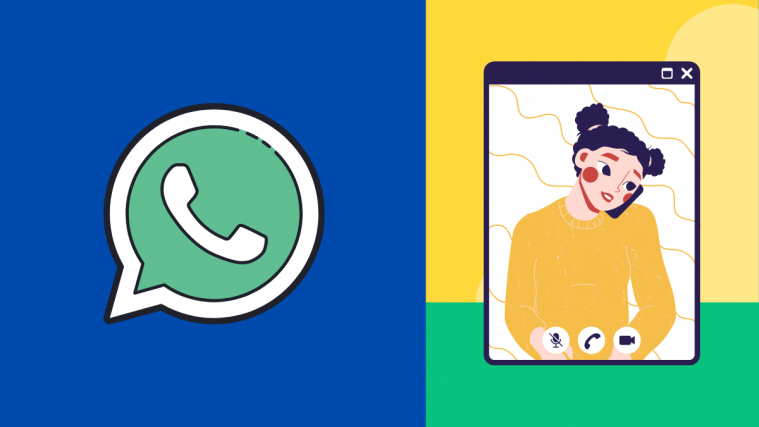 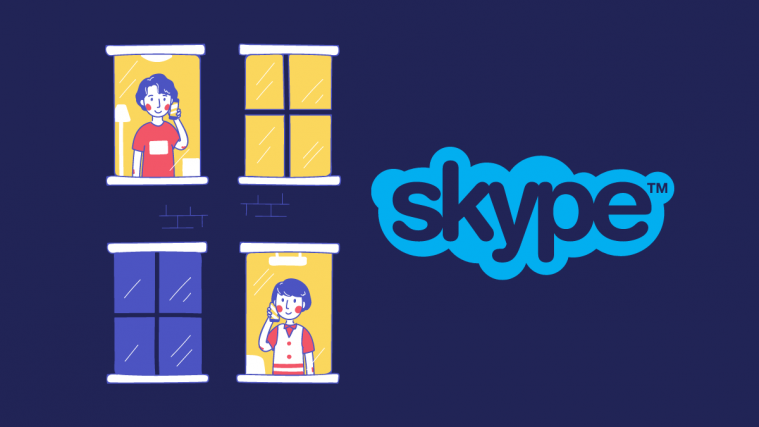 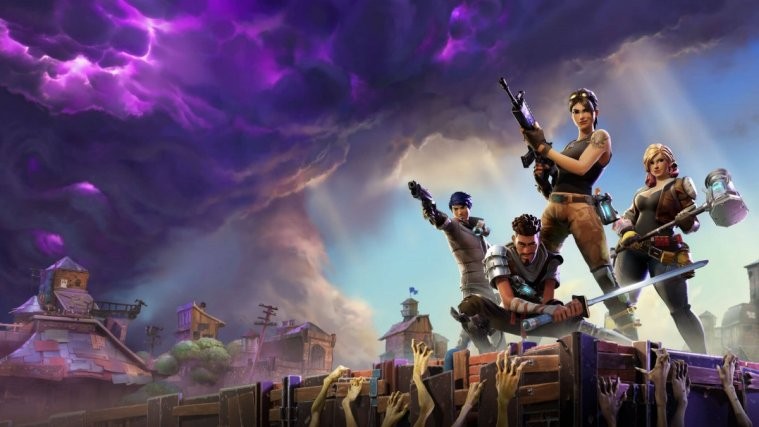