Genshin Impact, the long-awaited, massively hyped open-world action RPG finally dropped a few weeks ago and much to nobody’s surprise, it feels a lot like Spellbreak meets Breath of the Wild.

Indeed, Genshin Impact makes use of an avatar-esque elemental combo system that, while not as complex as Spellbreak, requires some forethought and understanding to utilize to its fullest potential.

How elements in Genshin Impact work?

Each element in Genshin Impact is tied into both the game’s extensive worldbuilding (seriously, there’s a legit Genshin Impact manga being actively produced) and its character system, with each one corresponding with one of Teyvat’s mythical deities — the Archons — and one of the major cities of the world.

Each playable character in Genshin Impact corresponds to one of these elements, making your Team Comp an integral part of the game. More on that later.

There are seven elements currently active in Genshin Impact, with six of those elements usable by players and a seventh deployable only by mobs as it stands now. 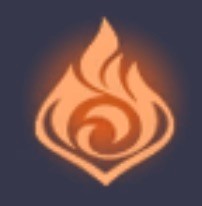 The Fire element, Pryo inflicts a small DoT effect in line with any typical burning effect from another game. Many objects in the world like wooden destructibles and bramble bushes can be burned away using Pyro skills. This includes shields and other wooden elements on enemies. The people of Natlan hold Pyro and its Archon, Murata, as their central deity. The Ice element, Cryo, leaves the target with a minor movement speed debuff and can be used to freeze water, creating planes of ice that can be used to access remote sections of the map. Cryo and its Archon, the Tsaritsa, are celebrated by the people of Snezhnaya and is currently planned to be the final area of exploration in Act VI: Everwinter 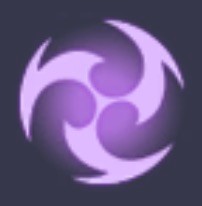 As the name suggests, Electro is a Lightning/Electricity based element that spreads through bodies of water, inflicting the Electro-Charged Elemental combo on anything in the water (and thus already tagged with the Wet status). Electro is worshipped by the nation of Inazuma who hold the Archon of Electro, the Immortal Shogun, as their central deity. 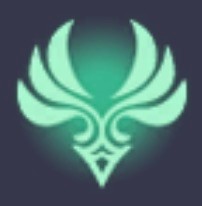 Anemo is the elemental stand-in for Wind, the central element in the game, and the one used by the main character. Anemo Skills can be used in combination with other elements to “widen” the effect field, among other things. Monstadt is Teyvat’s City of Wind and the first one players encounter in Genshin Impact. 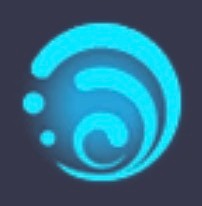 Hydro, rather unsurprisingly, is the name for the Water Element in Genshin Impact and afflicts targets with the “Wet” condition — setting them up for a subsequent combo. Hydro is tied into the God of Justice and is worshipped by the nation of Fontaine, a yet unreleased area of Teyvay that we will see in Act II: Omnipresence over Mortals. 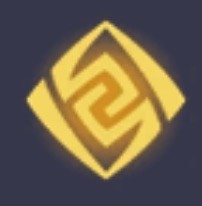 Geo is Genshin Impact’s Earth element, represented by the Archon Rex Lapis and the one worshipped by the people of Liyue, the second nation players encounter after Monstadt as part of Act I: Farewell, Archaic Lord. 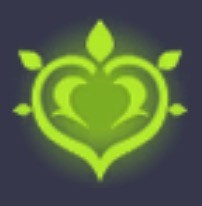 Dendro is the seventh element in Genshin Impact and the one currently unavailable to any of the playable characters. Considered the “Nature” element, it seems to be analogous to something like Poison from other games. The Dendro Archon is the yet unnamed God of Wisdom, worshipped by the nation of Sumeru expected to be the fourth location unveiled to players as part of Act III: Truth Amongst the Pages of Purana.

Genshin Impact might not have the ridiculously long list of combos that Spellbreak has, but what makes Genshin unique is the delivery system of the elemental effects. Rather than singular characters flush with an arsenal of different spells, abilities, and elemental trees to draw from, in Genshin Impact characters come with their own unique elemental skill — yes, one — that, with players able to freely switch between characters mid-battle, can be combined for devastating spell effects.

Keep an eye on any glowing icons that appear over the heads of enemies — these are indicators of, if any, status conditions they are currently tagged with.

Anemo + Hydro, Pyro, Cryo, or Electro
Using your basic Anemo skill, Swirl, on any elemental AoE will spread the effect field wider. This can be used on ice bridges, as shown in the gif above, as well as pools of flames, ice or any of the seven active elements.

Geo + Cryo, Electro, Hydro, or Pyro
Crystalize creates a defensive pickup that temporarily shields your character depending on the secondary element applied. The shield protects against all types of damage but is especially effective at repelling its own type.

Pyro + Electro
Overloaded deals splash damage to enemies in an AoE and is extremely effective at breaking down wooden structures and shields.

Cryo + Electro
Superconduct deals AoE damage and lowers the target’s defense, priming them for a secondary followup. This makes Superconduct a great way to open up a combo.

Hydro + Pyro
Applying either Wet or Pyro to your opponent and then following up with the opposing element will deal bonus elemental damage — upping your opening burst. Triggering it with Hydro slightly increases the bonus damage.

Cryo + Pyro
Using cryo on an enemy and following up with pyro triggers a bonus damage effect similar to Vaporize’s.

Pyro + Dendro
Burning is your straightforward DoT spell that can be used on anything in combination with a Dendro skill or an enemy/structure with wooden elements.

Team comp is a big deal in Genshin Impact. Depending on the arrangement of your team and the elemental class of each your characters, your overall party can receive an assortment of passive effects known as elemental resonance. Each of the Elemental Resonance Bonuses are acquired by including two of the same element within your party — meaning that to run the Fervent Flames resonance,

An important thing to note when laying out your team comp is that Elemental Resonance effects stack, and you can have multiple bonuses running simultaneously.

Enduring Rock increases your party’s resistance to Interruption and provides a 15% buff to attack damage when protected by a shield.

Fervent Flames boosts attack damage by 25% for all members of your party and reduces the duration of Cryo effects by 40%.

Soothing Waters increases healing received by 33% and reduces the duration of Pyro effects by 40%.

Impetuous Winds not only reduces stamina consumption by 15%, but it also provides 5% cooldown reduction and a 10% movement speed buff.

High Voltage reduces the Hydro effect duration by 40% and gives Superconductor, Overloaded, and Electro-Charged have a guaranteed chance to create an Electro-Elemental Particle.

Shattering Ice reduces the duration of Electro by 40% and increases critical hit chance by 15% against enemies Frozen or affected by cryo.

By combining a mix of four different elements in your team comp, the entire party is given a 15% defense buff against all elements.

Like any well-designed elemental system, there is no one-size-fits-all combo to cover every situation; like pokemon, it’s essentially a game of extra bombastic rock-paper-scissors. As the player, it’s up to you to determine what tools to apply to the situation at hand.

That said, there are a few tips that should be remembered when setting out on your adventure across Teyvat.

Split Your Party into Elemental pairs

Remember that Elemental Resonance can stack, as well as overlap. To cover all your bases, one way to design your team comp is with a damage oriented pair, like Pyro, and something more defense in the way of two supports — like Hydro or Cryo. This gives you the attack buff and either a healing boost or some bonus CC.

If you’re really dead set on looking for that one spammable combo you can use to cheese your way through the game, we can get halfway to a definitive answer: Superconductor. The AOE defense debuff is the perfect way to open a combo and boost your overall burst.