OnePlus 6T: 9 reasons to not buy this great device!

OnePlus 6T was announced yesterday, a day ahead of its original launch date, and it comes with a host of new features and improvements over its predecessor, the OnePlus 6. Probably the biggest addition to OnePlus 6T is the in-display fingerprint sensor that’s yet to become mainstream in the world market.

OnePlus also increased the price to $549 from OnePlus 6’s $529 asking price but the 6T is still a great device that delivers on the performance and camera very well.

But the addition of new features and a revamped display has increased the asking price a bit too, which was already under pressure given the recent releases like Honor Play, Poco F1, and the ZenFone 5Z from Asus, which is their best phone.

Here, in this post, we will discuss why OnePlus 6T may not really be worth buying after careful deliberation of all its pros and cons. Because there are some points that one must know before jumping the OnePlus bandwagon.

Here is the list of reasons why OnePlus 6T may not be bought: 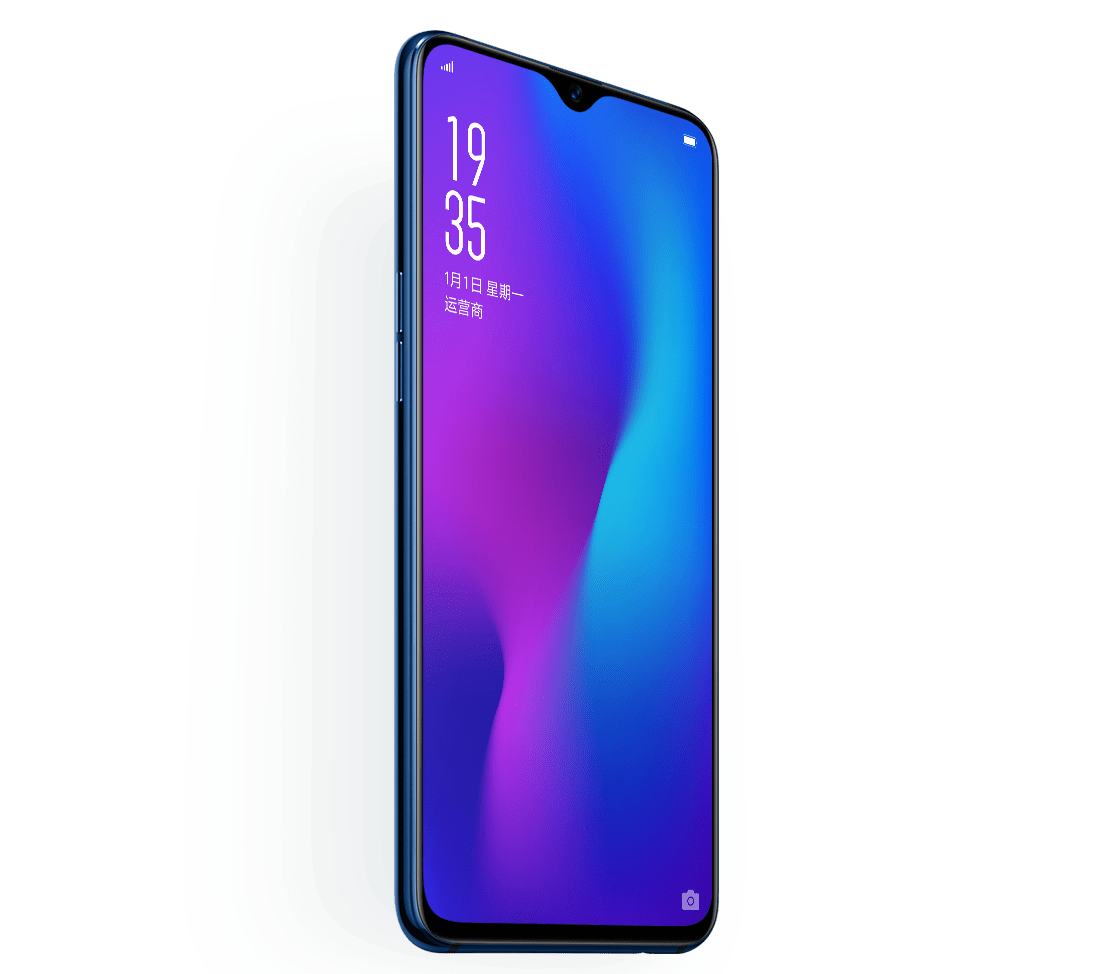 The primary reason consumers queued up to buy a OnePlus phone was that it provided value for money smartphones that challenged big-shot OEMs flagships. Now even pricier at $549 for the base version, it begs questions like whether it’s worth the money anymore or are there better alternatives available?

The answer is actually Yes to both the questions. it is worth the money for what it offers, but the even better part of it is, even greater alternatives are actually available in the market.

To start with, look no further than the Asus Zenfone 5Z, which is a great premium alternative to OnePlus 6T as it offers very similar specs minus the in-display fingerprint scanner at a $100 less. It even looks better with the glass back.

Another great alternative is Xiaomi Poco F1 that has identical specs but comes at a much cheaper price of $300 (starting price, OnePlus 6-like hardware config could be about $400). Sure, its build quality is questionable given the polycarbonate back it features, but it still remains the best mid-range phone for the price sensitive. It also comes with face-recognition that the latest OnePlus offering lacks. 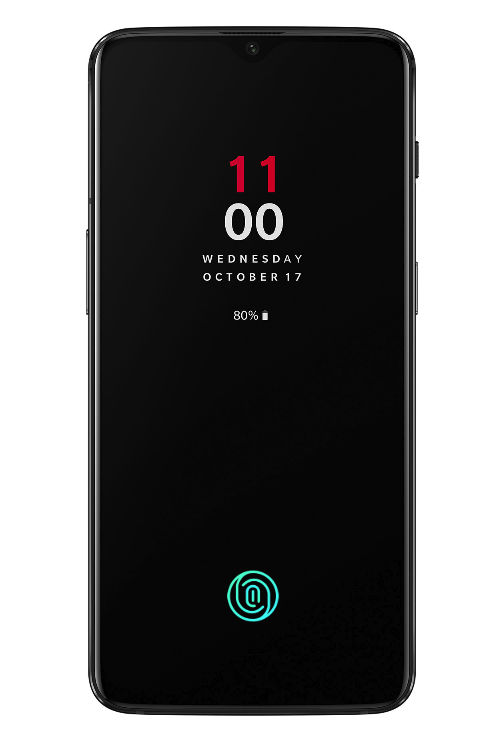 It is worth noting that during a hands-on review, the in-display fingerprint scanner, OnePlus 6T’s USP, wasn’t found to be very accurate or fast. It seems like OnePlus was in a hurry to roll out this feature in the world market to garner attention without perfecting the technology first. The absence of face-recognition further exacerbates OnePlus 6T’s accessibility issues.

3. No protection from water or dust

At this price-point, it was expected that OnePlus 6T will feature IP68 certification for dust and water-resistance, which is now increasingly becoming a norm. However, the phone is bereft of such protection and it feels like such a bummer to not be able to take your phone out or use it in rainy or dusty conditions.

4. Not a small phone if you wanted one

Even if you account for the great screen-to-body ratio made possible through the use of teardrop notch, the OnePlus 6T is still a phablet. If you were in the market for a smaller phone that easily fits in your hand and is comfortable to use, while still boasting a great performance and hardware, you must look at the Pixel 3, although that costs a lot than this.

5. Teardrop notch is still a notch! 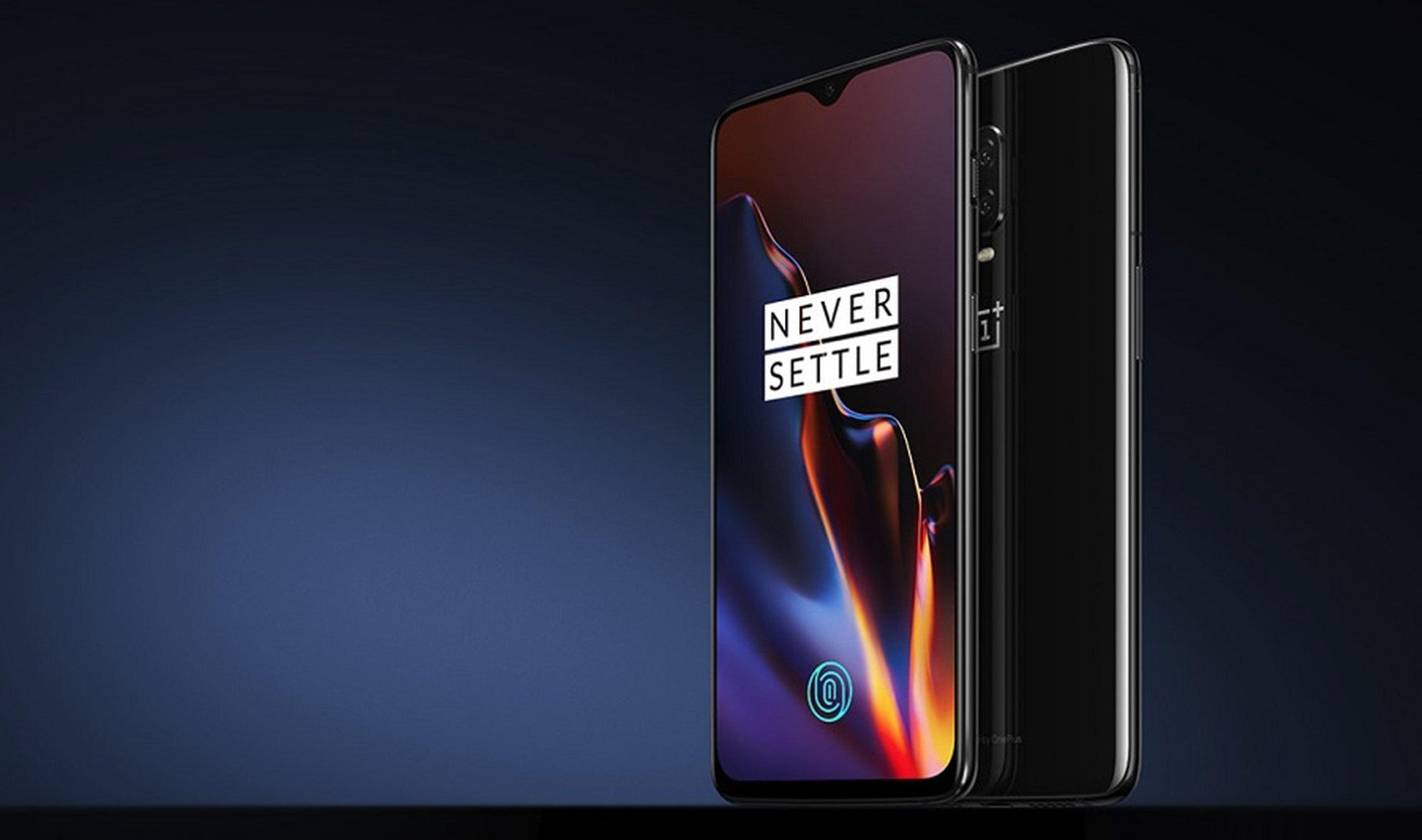 The phone comes with a huge 6.41″ inch screen that accommodates itself with the help of a teardrop notch. If you’re not a fan of notches, you may not like the minimalist tear-drop notch either. Sure, you may choose to hide the notch from the settings option, but it’s not a 100% solution. You may want to buy a different phone altogether, like the Pixel 3 or Samsung Galaxy S9, which are much smaller and don’t even feature a notch.

Another significant criticism about the OnePlus 6T is that its loudspeaker is not at all loud. You would need to be in a small and enclosed quiet room to be able to properly listen to music via loudspeakers on full volume.

Related: When will Android Pie based OxygenOS 9.0 update arrive for the OnePlus 3/3T/5/5T

Audiophiles would also not appreciate the absence of a dedicated 3.5mm audio jack, especially considering the loudspeaker is no good. 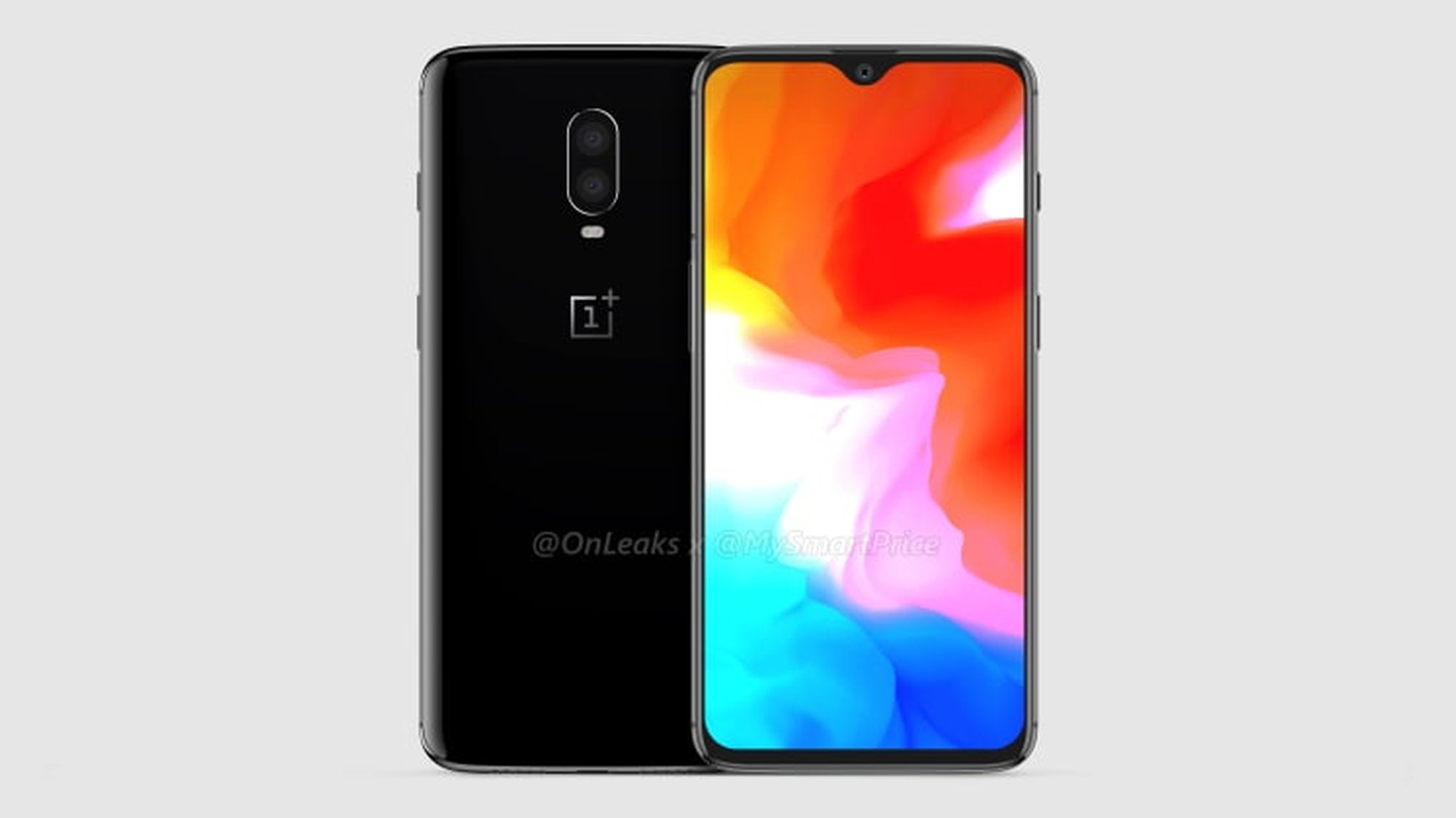 While the phone comes with a commendable 3700mAh battery that is sure to last through a day and even more of intensive use, the option to wirelessly charge your phone is sorely missing. Frequent travelers love a battery case that can charge your phone on the go. Moreover, music enthusiasts also appreciate wireless charging since it means they can listen to music simultaneously as the phone charges in the absence of a 3.5mm jack.

The OnePlus 6T ships with the same camera hardware that we saw in OnePlus 6. New software additions and tweaks like Nightscape mode fail to impress, meaning you’re left with a very mediocre photography experience compared to what competitors like Google and even Huawei are offering.

If cost isn’t a factor but quality photography is, you may consider going for Pixel 3 instead that offers the best smartphone photography experience in the market right now. While, in the same range, the ZenFone 5Z has a pretty good camera too, and Poco F1’s cam doesn’t disappoint either. 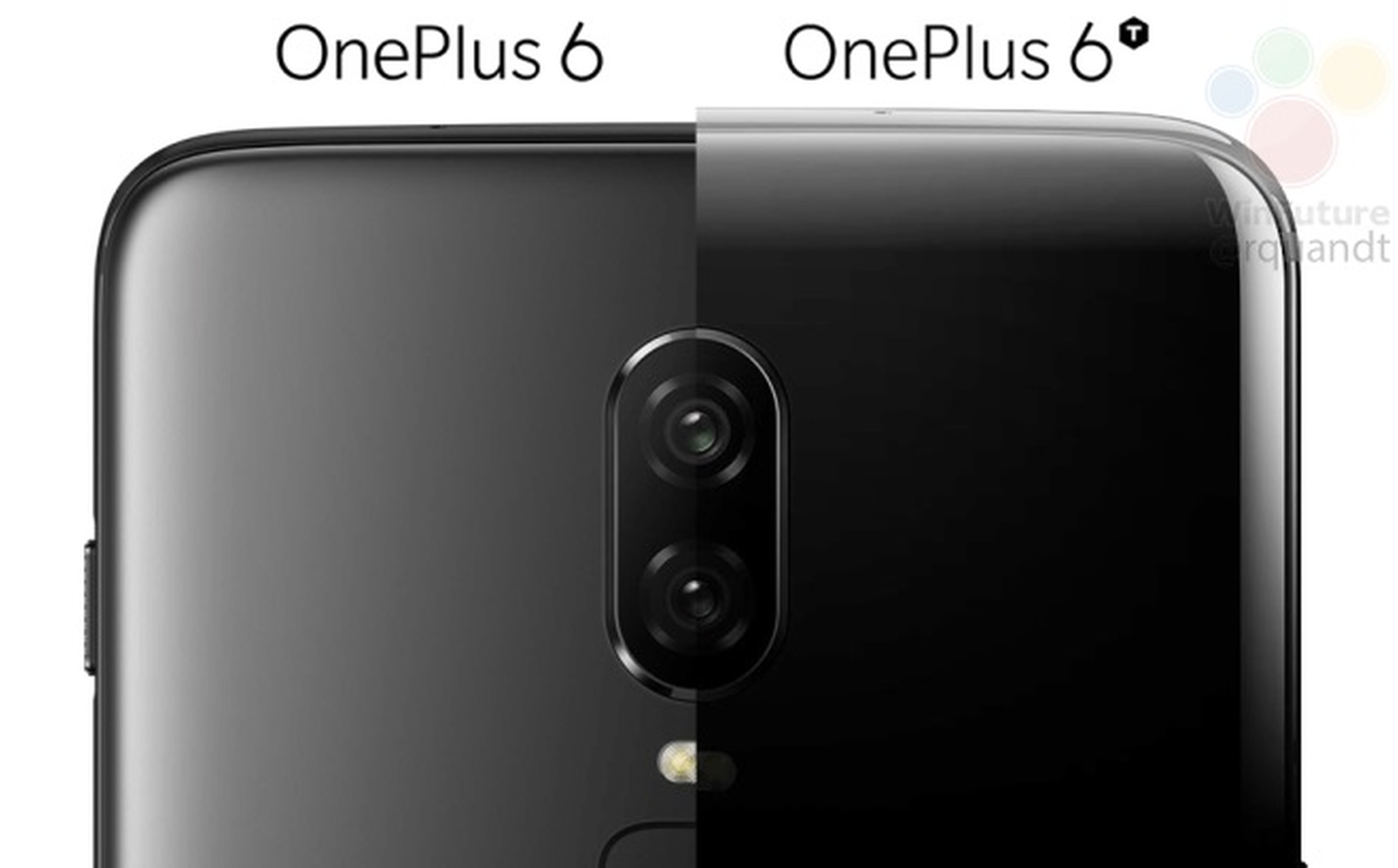 OnePlus 6T sees some improvements over its predecessor in the form of a larger battery, the addition of in-display fingerprint scanner that is currently buggy, latest Android version, and a smaller notch that us beautiful in our eyes. However, it comes at a much higher price, and these small additions may seem a little bit pricey given the alternatives available today since the OnePlus 6 was launched.

If you’re inclined on buying a OnePlus phone but aren’t very keen on the new teardrop design and extra battery, it’s better to buy a refurbished OnePlus 6 and wait for the next release which in OnePlus 7, which hopefully will resolve all the issues mentioned above.