It’s been a fascinating month of October for Android enthusiasts with the unveiling of several flagship phones from different OEMs. Google announced its latest flagships, the Pixel 3 and Pixel 3 XL, while Huawei finally unveiled its own, the Mate 20, after a series of leaks online that filled us with anticipation.

With Google and Huawei almost going head to head with their launches, it begs the question as to which one would triumph over the other? We’ve compared the Pixel 3 with Mate 20 on all fronts, from top to bottom, to come up with the answer to the most pertinent question at the moment: Which phone should you buy – Google Pixel 3 or Huawei Mate 20?

Both these phones have their pros and cons over the other. So we’ve divided this post into two sections – In the first, we’ll discuss why buying the Mate 20 is better, and in the second we’ll delineate the reasons why buying Pixel 3 might be the better option. Here we go! 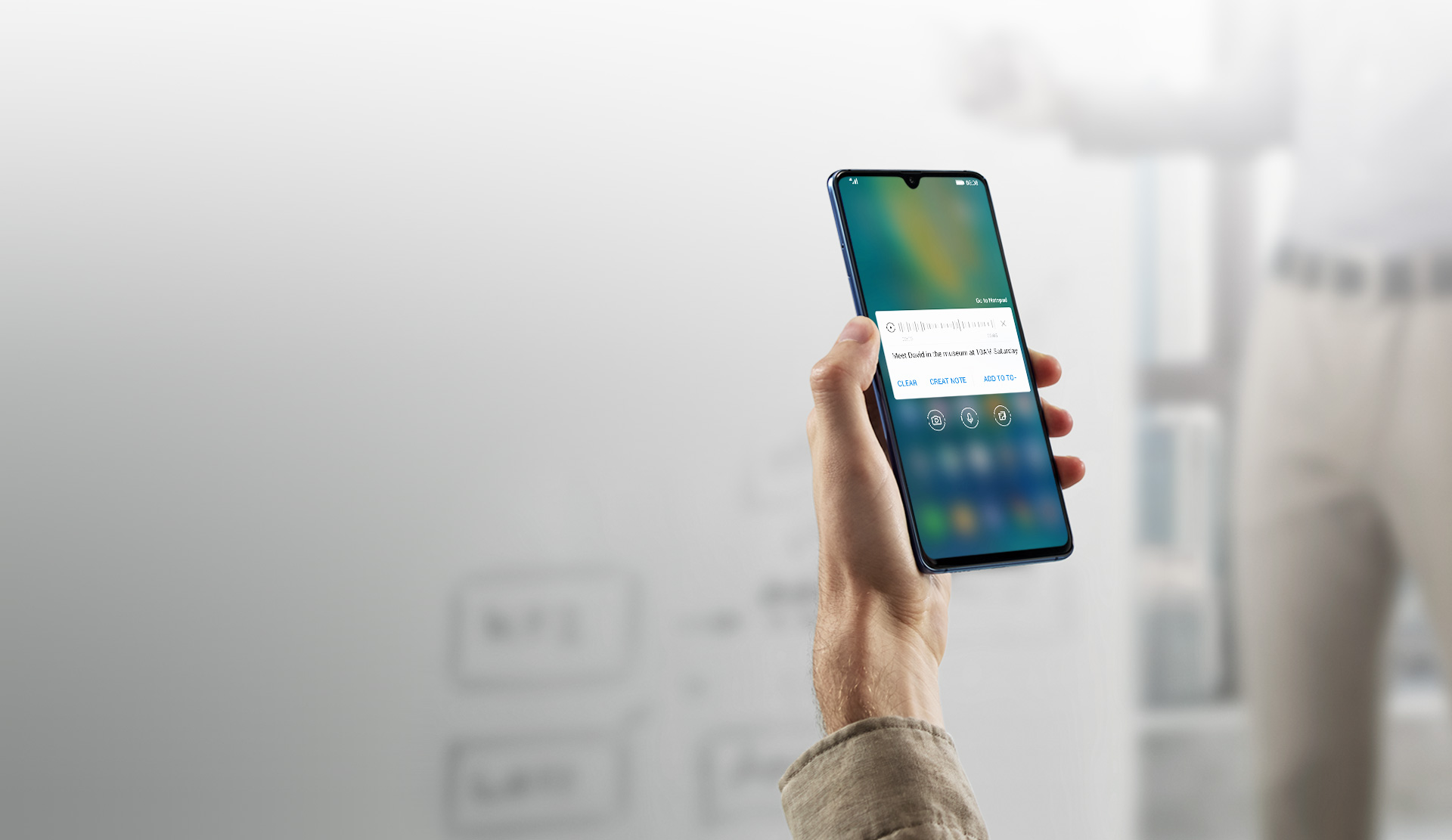 The first thing you notice when these phones are kept in juxtaposition to one another is the significant discrepancy in screen size. The Mate 20’s gigantic 6.53″ screen with an 18.7:9 aspect ratio dwarfs Pixel 3’s 5.5″ screen with 18:9 an aspect ratio. You simply don’t feel that you’re comparing two equals.

A bigger screen directly translates to a more immersive entertainment experience, whether it’s playing games or watching videos on your phone and the Pixel 3 seriously lags behind here. The Pixel 3 XL, however, will be better able to match up to the Mate 20 on this front.

If there ever was a smartphone manufacturer who had the infrastructure in place to build its own processor, it would’ve been Huawei. With its latest SoC, Kirin 980, Huawei has posed a direct challenge to Qualcomm Snapdragon’s hegemony in the smartphone market. The Mate 20 comes with the latest Kirin 980 processor while Pixel 3 sports Snapdragon 845. 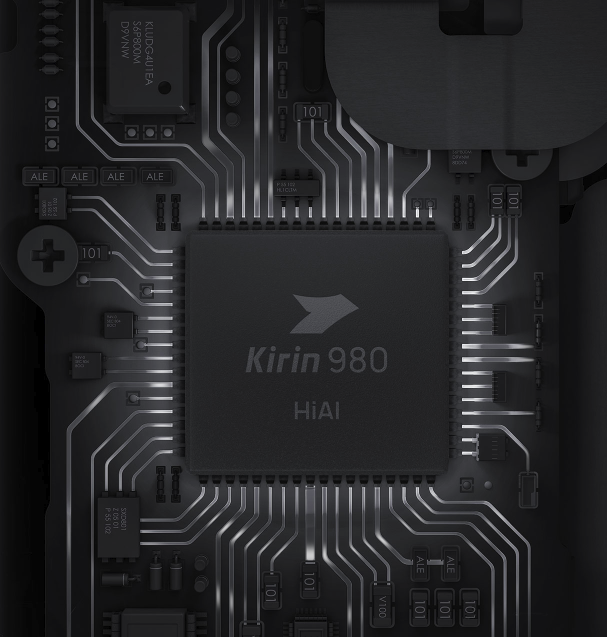 The use of GPU Turbo Technology translates to a better gaming experience with the Mate 20 but graphics may be a tad slower to load than Pixel 3 when not using the mode. The Kirin SoC has made some significant improvements over Snapdragon 845 but still lags behind a bit on this front.

The Mate 20 comes with the option of up to 6GB RAM and 128 GB inbuilt storage compared to the singular option of 4GB RAM and 64/128 GB inbuilt storage in Pixel 3. This has been touted as one of Pixel 3’s major blunders given that most other OEMs are offering 6, 8 or even 10GB RAM! This means multitasking is likely to be a breeze on the Mate 20 while the same cannot be said for the Pixel 3. 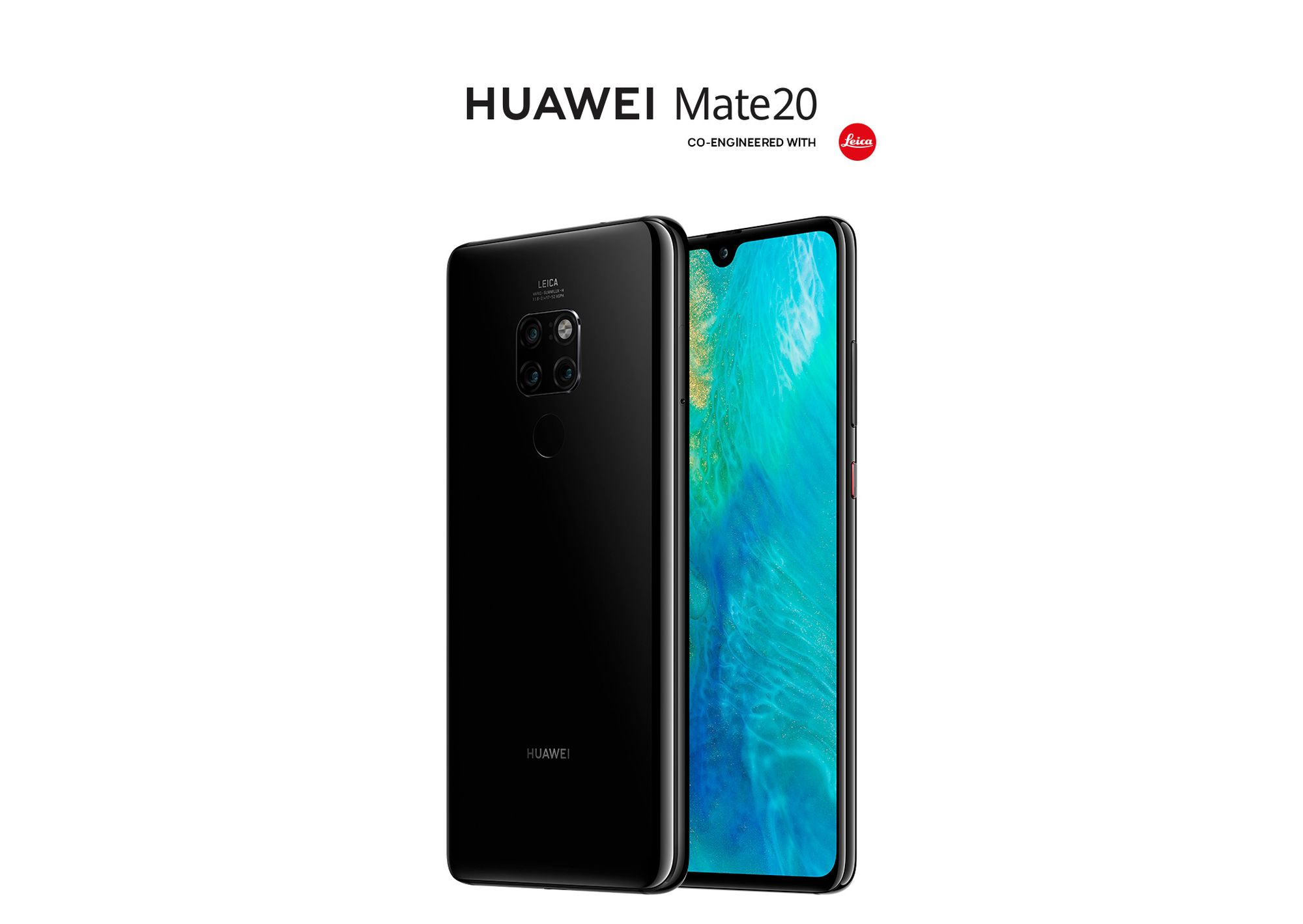 The Mate 20 features tri-camera at the rear with one each of an 8MP telephoto sensor, 12 MP wide-angle sensor, and a 16MP ultra-wide sensor. In comparison, the Pixel 3 features just the one 12MP wide sensor. There are no prizes for guessing which camera should, theoretically, be able to grab more details.

Fueled by a 4000mAh battery, the Mate 20 trumps Pixel 3’s 2915mAh by a big margin. Agreed, Mate 20’s significantly larger screen size will consume a lot of the extra juice, however, it is still expected to last longer than Pixel 3 given the upgraded CPU that is known to be a battery saver.

If this doesn’t sound like a big factor to you, audiophiles would beg to differ. The ability to listen to music connecting your earphones while charging your phone at the same time is priceless for music enthusiasts. The Mate 20 bucks the trend of not having a 3.5mm audio jack in flagship phones and aren’t we thankful for that!

It might not seem like a big difference, especially when considering the lower end models of the two. However, it’s worth noting that the higher-end version of the Mate 20 is only marginally expensive than Pixel 3’s lower end and definitely worth considering. 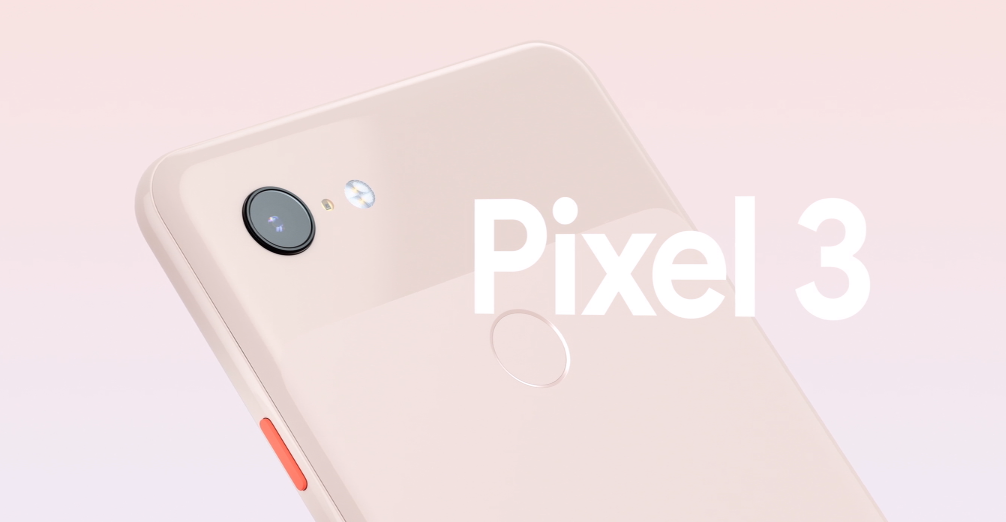 While the Mate 20 does flaunt a much bigger screen, the quality isn’t really top-notch (pun intended). Its IPS LCD screen is nowhere in the same league as Pixel 3’s vivid P-OLED display. The Pixel 3 doesn’t even feature a notch! So, those who hate the notch will find the Pixel is so much more pleasing to the eye.

2. Lightweight and easier to carry

The biggest perk of owning a smaller phone is that it’s so much easier to carry and operate, owing to the lighter weight and smaller dimensions. While the Pixel 3 will fit into men’s jeans pockets effortlessly, the same cannot be said with confidence for the Mate 20. 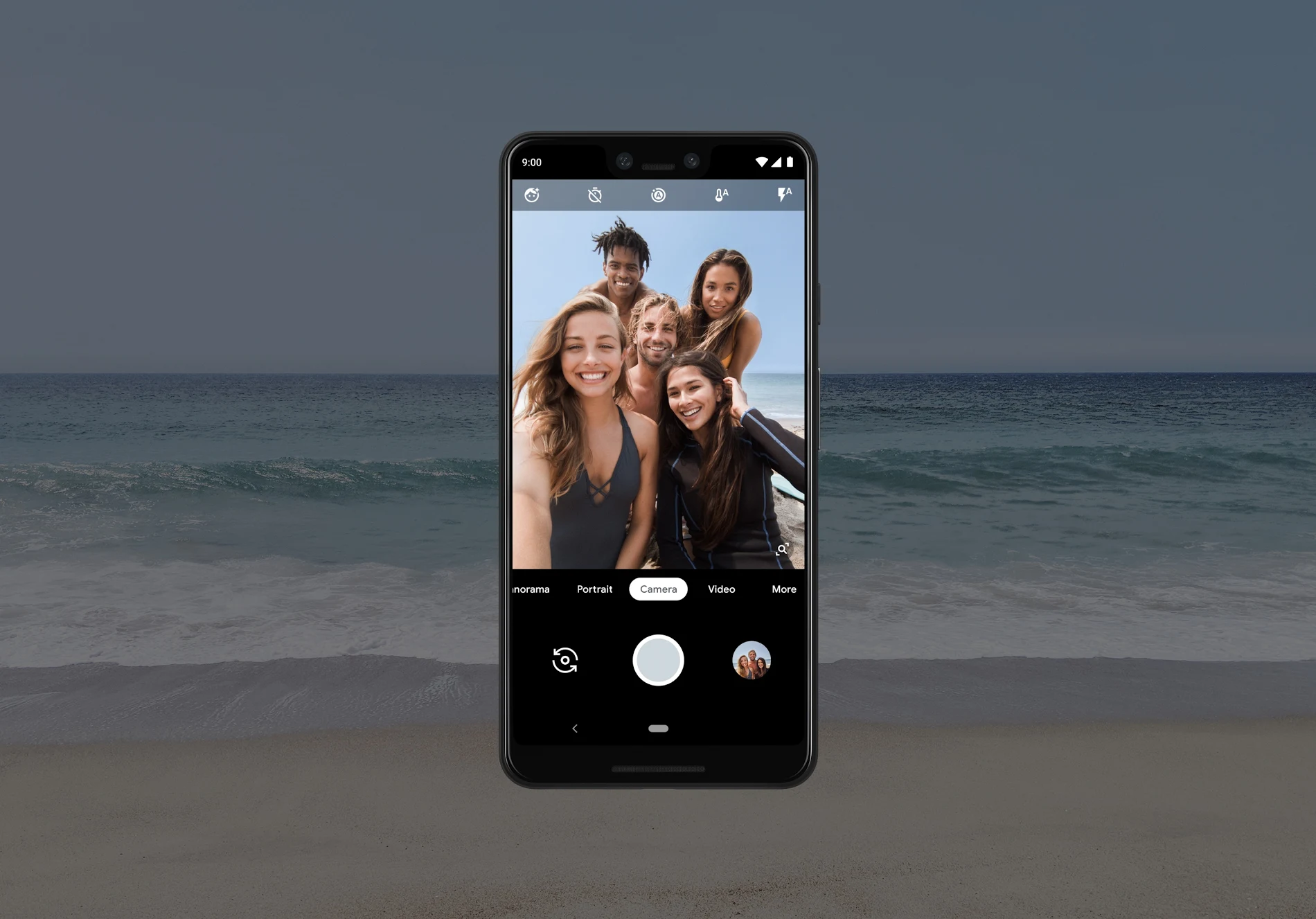 There is no OEM in the world right now that can match up to Google’s AI advancements in smartphone technology. A host of AI-assisted camera features like Top Shot, Photobooth, Night Sight, Super-Res Zoom and a host of others make photography a truly enriching experience. 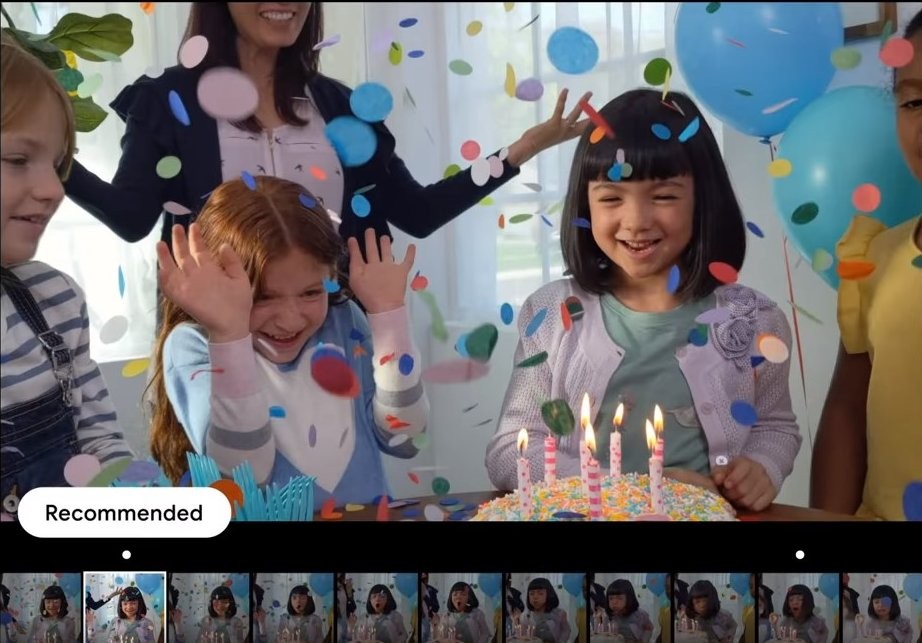 Google has somewhat compensated for its lack of massive internal storage and no external micro-sd slot support by providing free unlimited storage on Google Cloud to your photos and videos captured on your Pixel phone. You can increase the internal storage of your Mate 20 device but only with a Nano-Memory Card that’s yet to become mainstream. Given the unlimited storage comes with lifetime support, this is one of the most underrated and a huge feature of the Pixel handsets.

Being a Google phone, Pixel 3 will be the fastest to receive Android updates Q, R, and S. Moreover, they’ll be the stock version free from the clutter of unnecessary bloatware. Mate 20, on the other hand, comes with Huawei’s own custom UI, the EMUI, which albeit being one of the most utilitarian custom UIs, lacks the smooth performance stock Android provides.

Related: Android Q: All you need to know

While Pixel 3 is IP68 certified dust and water resistant (1.5m up to 30 mins), the Mate 20 is just IP53 certified, giving it dust and splash protection. There’s a significant difference here when it comes to the protection of your phone. While Pixel 3 can be taken out in the rain without giving it a second thought, it’s better to leave the Mate 20 indoors when it rains.

So, this was a head-on comparison between two flagships that were announced almost within a week of each other. We’ve managed to list down all the pros and cons they have in comparison to the other to give you a better vantage point for judging which one you would like to finally buy. Let us know in the comments below which one you would go for and why!

So, which device between the Huawei Mate 20 and Pixel 3 is gonna be for you?