5 Quirky Games on Android You Should Take a Look at

The most popular mobile operating system in the world, Android, is primarily known for its endless customizability and ever-expanding app market. The Google Play Store, which has steadily emerged as the most versatile digital marketplace in the world, has pretty much everything to quench your insatiable desire for trying something new.

Over the last decade, smartphones have evolved into impressive mini entertainment machines, capable of handling multiple tasks at ease. Thanks to bigger screens, batteries, and powerful RAM-processor combos, smartphone gaming has also changed for the better, encouraging many users to play regularly on their devices.

As we all know, Google Play Store has numerous games in its vault, covering all possible genres. In this section, however, we’ll move a little away from the conventional and deep dive into the world of plain absurdity. Here are five downright weird and, of course, fun games you must try on your Android smartphone.

The game is pretty much what the name suggests — it’s silly and you’re required to take “dangerous walks” around a bad neighborhood. You must step into the shoes of a pineapple, noodles, cupcake, or any other equally ludicrous character and rescue your friends from the infamous “evil blender.” This game also has exhilarating boss battles, pretty engaging in-game races, and fun-to-play puzzles, making sure you don’t get bored easily. The game doesn’t have a learning curve, thanks to its super easy controls, but it will force you to break a sweat on some levels. 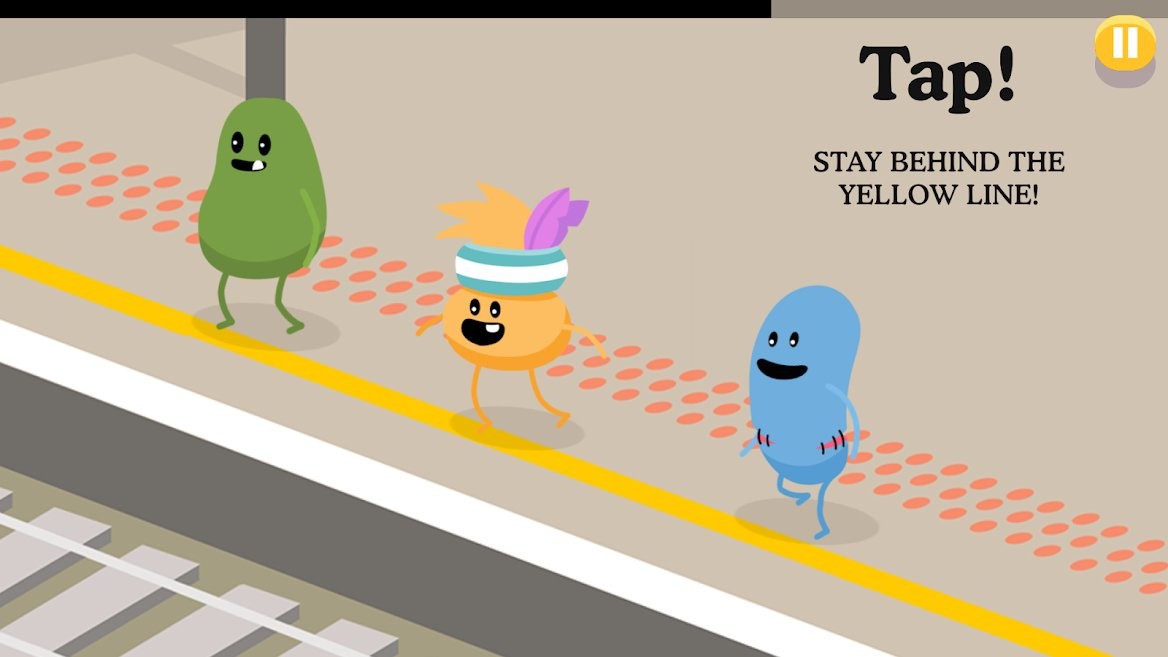 Back when the original Dumb Ways to Die came out, it took the world by storm with its silly narrative, animation, and theatrics. Its predecessor, Dumb Ways to Die, takes all the best pages out of the first iteration’s book and builds on it by making the experience even more fun and engaging. DWTD 2 also teaches you to be more careful around trains, making sure you don’t feature in its next release.

PS: Dumb Ways to Die 3 is also another worthy addition to the popular franchise. It also gives you character names in an attempt to make you more sympathetic towards them. 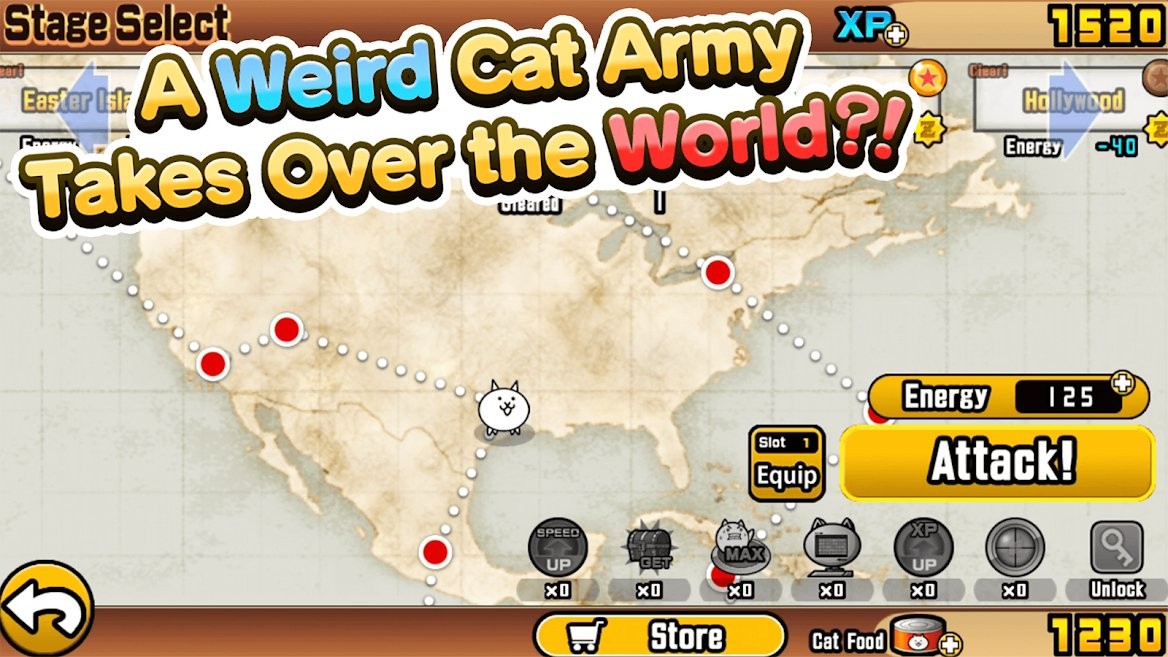 Are you a cat person? Believe your cat is the smartest of them all? Be sure to give this gem a try. You’re tasked with creating the most elite cat army in the world and eventually conquering the world. The game is super easy to play and only requires a couple of taps to erase the big baddies from existence. Leveling up is pretty convenient, and you also get the opportunity to explore and recruit a bunch of rare and exotic feline breeds. Battle Cats has hundreds of levels, each a little more challenging than the previous. 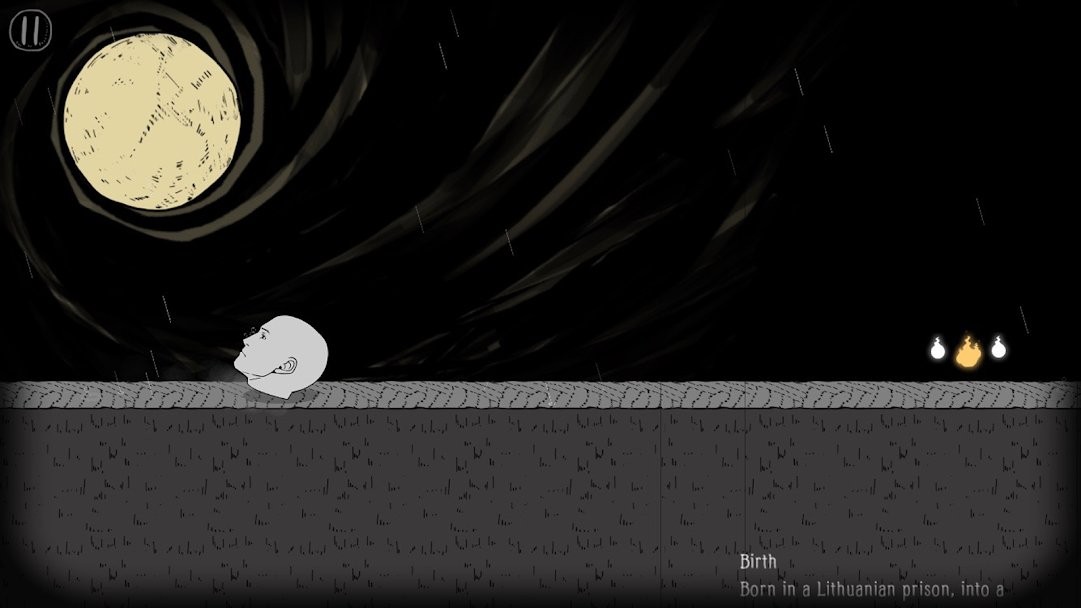 The three titles preceding this entry are weird in their own right, but Heads Off is probably the most ludicrous game we’ve ever come across. There are a few ads here and there, but they aren’t intrusive by any means. The aim here is to keep the tumbling heads from rolling down to an awful ditch, and that is not a very straightforward process. It could take a bit of time to get the hang of the controls, but it’s certainly worth the effort. The visuals are quirky, and the hilarious captions complement them flawlessly — a perfect concoction for guaranteeing hours of unadulterated fun. 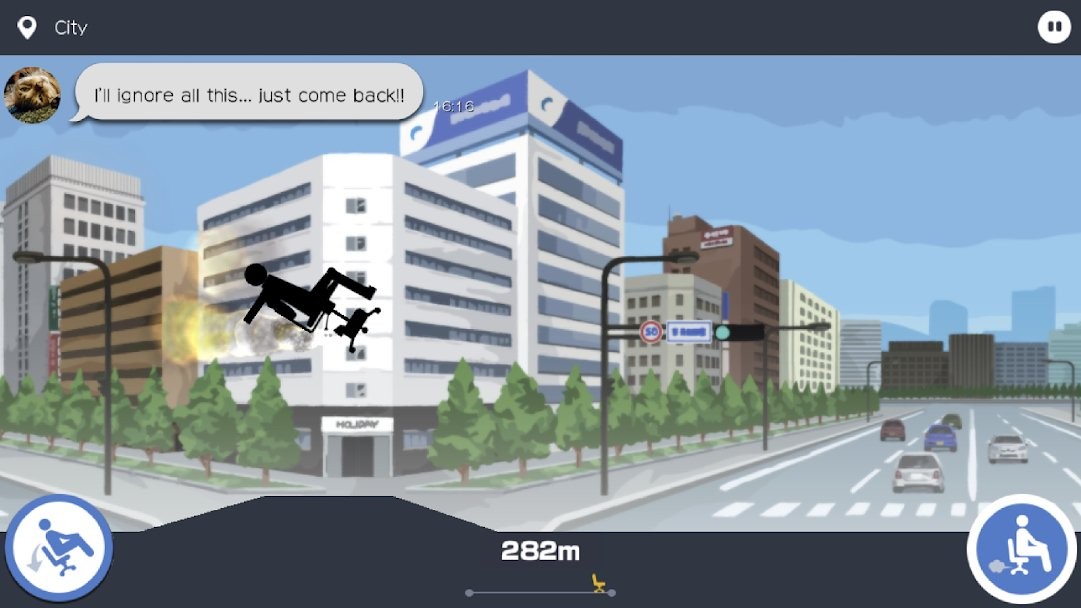 Last but certainly not the least, Day Off, is another imaginative title that guarantees to tickle your quirky bone. Perfect for the rebellious employee in you, this game places you on the chair (literally) of a disgruntled worker who just wants to take the day off. Powered by a chair that can hover and fly, you are tasked with the ultimate objective of evading your “evil” boss, who only wants you to come back to work. Oh and make sure to do a few flips along the way. Your boss hates those.