On the 24th of June, Microsoft officially took the protective sheets off of the youngest member of the Windows family: Windows 11. After what seems like decades, Windows is bringing something fresh, something exciting. Not only does the upcoming version of Windows has an all-new design language, but it also packs a punch when it comes to new features and overall usability.

Coming to features that are making a wave: native support for Android applications has finally been revealed. Through Amazon App Store inside the redesigned Windows store, users would be able to download their favorite Android applications and run them on without a hitch on the new Windows OS.

Windows 10, on the other hand, has not received the blessing, of course, but it would be foolish to rule out the possibility so early in the development cycle.
Today, we’ll check out how Microsoft is bringing Android apps to Windows 11 and whether Windows 10, too, would get the same in the future.

How do Android apps work on Windows 11? 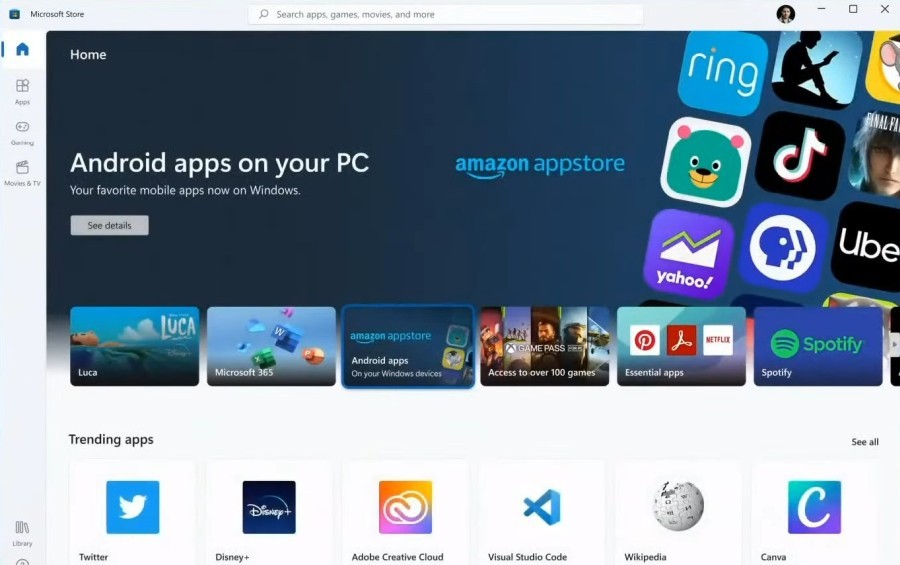 As per Microsoft’s grand reveal on June 24th, Windows 11 is actually getting Android app support, which would allow users to run their favorite Android apps on their shiny, new Windows PC. Microsoft’s latest unveiling is clearly fueled by Apple Silicon and native iOS app support on macOS systems. However, if you were hoping to have the same seamless Android experience on a Windows 11 PC, you’re in for quite a revelation.

Related: Can Your PC Run Windows 11?

Any Android user knows how important the Google Play Store is. It allows you to download your favorite apps, get updates, and so much more. Unfortunately, as far as we know — and seen during the presentation — Microsoft 11 doesn’t come with the famous Android marketplace.

Instead, Windows has partnered with Amazon and has decided to bring the Amazon App Store to the redesigned Windows store. You can only download the Android applications from the Amazon App Store, inside the Windows marketplace. However, there is support for sideloading, which would come as a relief for many users.

Intel Bridge Technology behind the “revolution”

Yes, Microsoft’s Windows 11 OS doesn’t get the conventional Play Store, but one little omission doesn’t make it any less capable of running an Android app on your PC. Thanks to the Intel Bridge Technology, Windows 11 will be able to run Android apps in a manner that has never been observed on a Windows PC before — with efficiency and without any stuttering.
For those unaware, the Intel Bridge Technology is a post-run-time compiler that allows mobile applications — non-x86 Android applications, in this case — to run on x86-based Windows 11 without frame-dropping and overheating issues. It’s pretty much a translator of sorts that takes the Android applications and converts their non-x86 language to x86 — the language Windows 11 understands.
Despite being developed by Intel, Intel Bridge will also support AMD and ARM-based processors. Although we aren’t sure how well the apps would manage without specialty hardware.

Do Android apps run on Windows 10?

As we’ve seen in the section above, Windows 11 doesn’t actually support Android applications as a Chromebook or an Android device does. It ticks off the basics, of course, but there is a lot of work still left to be done. The Intel Bridge Technology, which was developed in collaboration with Microsoft is the backbone of the system, which Windows 10 lacks. However, that doesn’t mean Windows 10 doesn’t support Android apps.

Collaborating with the leading smartphone manufacturer Samsung, Microsoft rolled out a makeshift companion application called ‘Your Phone.’ The Windows 10 feature doesn’t exactly work exactly like the much-celebrated continuity features on iOS and macOS, but it’s the closest a Windows 10 can get to native Android app support right now.

On your Samsung device, pull down the quick access panel and tap on ‘Link to Windows.’ If your phone doesn’t come with the Link to Windows feature out of the box, you can download the “Your Phone Companion” application from the Google Play Store. Next, follow the instructions to link your Windows 10 PC to your Samsung smartphone.

Once you have successfully paired your phone, you can simply launch Your Phone application on your Windows 10 PC, go to the ‘Apps’ tab and launch any app from your Samsung mobile’s app drawer.

Most applications support the keyboard and mouse input, which can make gaming feel like a breeze. Also, since a separate window is created for each time you click on an application, it’s easy to juggle multiple applications. And finally, you also get the ability to pin an application to the taskbar — just as you can on Windows 11.

If you do not have a Samsung smartphone, the next best thing has to be a third-party Android emulator. BlueStacks is the leader of the pack, of course, but there are plenty of solid alternatives out there. Unfortunately, an emulator requires a lot of firepower to run swimmingly, which is not possible for every Android app enthusiast out there. Additionally, since an emulator runs a separate instance of a full-fledged Android OS on your system, you will not be able to pin apps or interact with them on the fly.

So, if possible, try to steer clear off of emulators — they tend to demand quite a high price for some Android goodness.

Related: Windows 11 Without TPM: How To Bypass the TPM Requirement and Install the OS 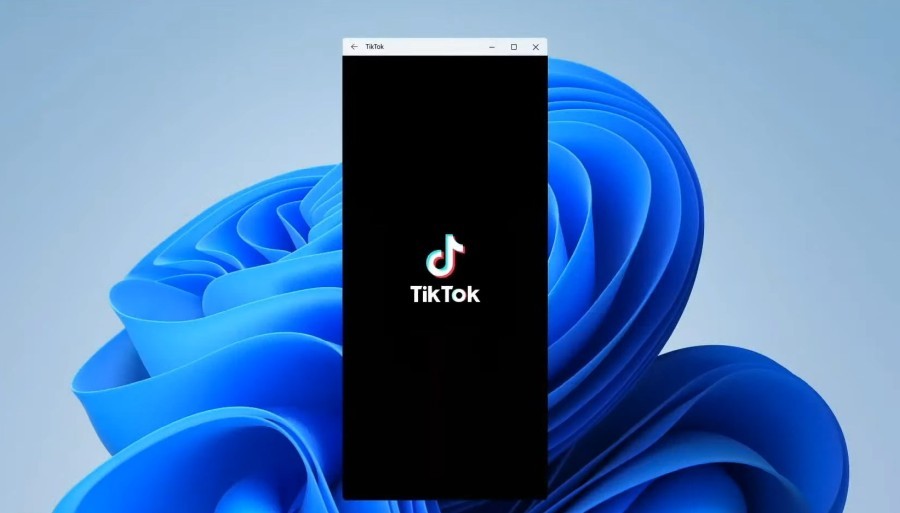 We’ve seen how Android apps work on Windows 11 and what alternatives we currently have on a Windows 10 system. Now, let’s turn our attention towards native app support on Windows — adjudge the practicality of it.

Reasons why Windows 10 might not run Android apps natively

Windows 11 is now the star of the show

Android app support is one of Microsoft Windows 11’s standout features. The company has gone all out and made a really big deal about it, maybe more so than it actually is. Microsoft is placing Windows 11 as the centre-piece of their campaign against Apple, granting user at least a taste of how two OSes can leave in perfect harmony. Windows 10 is still more than a capable operating system, but it’s not Microsoft’s golden boy anymore, which makes the Android port highly improbable.

Intel Bridge Technology is not optimized for Windows 10

After keeping the system requirement sheet unchanged from Windows 8.1 to 10, Microsoft decided to go all-out for Windows 11, demanding relatively newer chipsets of AMD and Intel — released after 2017. Additionally, all processors need to have two cores, at the very least, to function, which wasn’t the case with Windows 8.1 or 10. The minimum RAM requirement, too, has been bumped up to 4GBs.

When you combine the system requirements, it becomes pretty evident that not many systems are capable of running Windows 11. And while Microsoft hasn’t yet come up with a clarification for the same, we believe Microsoft focused on newer processors and more RAM primarily because of native Android app support.

The Bridge compiler converts non-x86 instructions to x86 instructions — a process that is tailor-made for newer processors. A Windows 10 PC with an older processor — 2017 and earlier — may have run the remainder of Windows 11 just fine, but Intel Bridge Technology wouldn’t have been supported. And without Intel Bridge support and proper optimization, the systems would pretty much be destined to fail.

Related: How To Enable TPM 2.0 in BIOS for Windows 11 (and Enable Secure Boot)

Windows 10 still has 4 years left in its lifecycle

If we look at all the evidence, it becomes abundantly clear that Microsoft is not too concerned with Android support on Windows 10 systems. However, that doesn’t necessarily mean they will not consider bringing it to Windows 10.

As per Microsoft, Windows 10 will stay active and be officially supported until October 14th, 2025, which is over four years away. Yes, the upcoming updates over the next four years may not include a flagship feature — like support for native Android apps — but we can certainly hope for a favorable outcome.

Microsoft may consider a watered-down version for Windows 10 users

Take a look at Windows 11’s system requirements, and you’ll know that millions of PC users do not have the muscle to run Windows 11. And while many of them would choose to upgrade their PC internals, chances are a significant chunk would stay faithful to their current PC build. To keep them satisfied, Microsoft could consider bringing a watered-down version of Android app support to Windows 10, maybe at the expense of a few heavier applications.

As we know, Apple Silicon is already capable of running iOS applications easily on macOS, which prompted Microsoft to move for Android apps in the first place. However, if Microsoft does not bring the support to Windows 10 sooner than later, it risks surrendering a sizable chunk of its customer base to its biggest rival.

Related: Windows 11 Not Installing on Virtualbox? How To Fix

After months of tinkering, Windows can now finally run Android apps natively. However, claiming that Windows 11 has native Android app support may not be the most accurate depiction of the story. Yes, Windows 11 can run Android applications, but they aren’t directly powered by Google like Chromebook. Instead, Microsoft is using Amazon App Store as a mediator to bring the experience to users.

As a Windows 10 user, you are bound to feel tempted, to feel bad for missing out on this feature. But in reality, the partial Android app support on Windows 11 might not be that lucrative of a deal. Currently, Windows 10 offers us the perfect blend of tech and convenience, of features that can impress and are optimized. Windows 11, on the other hand, is yet to prove its mettle, and it would take a while for it to convince its doubters.

Android apps may not come to Windows 10 in the near future, or ever, for that matter. But the lack of Android apps shouldn’t be the reason for any of us to abandon the great OS — the best Microsoft has built since Windows 7. 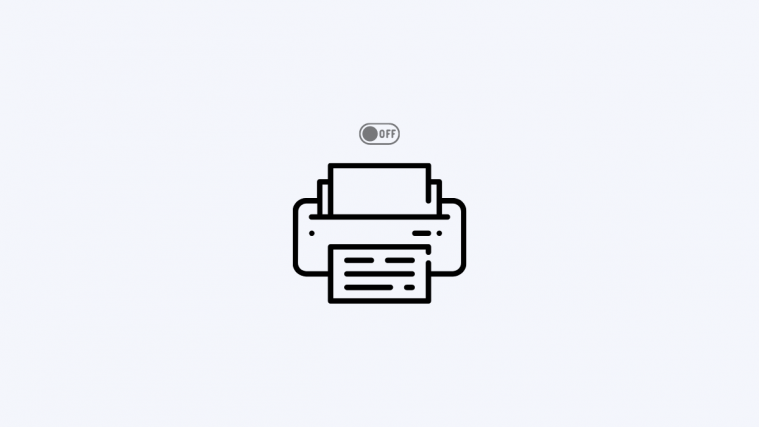 How To Disable Print Spooler Windows 10 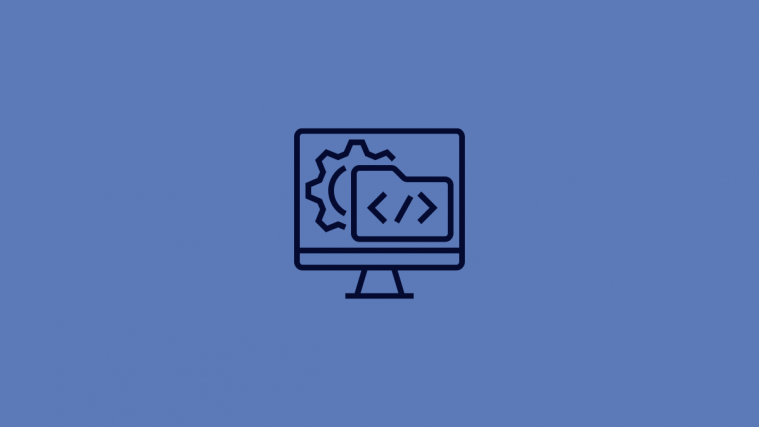 What Windows 11 Services to Disable Safely and How? 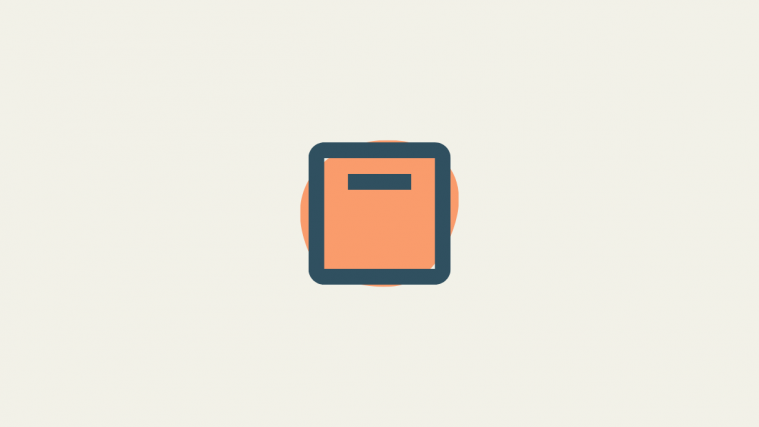 How to Move the Taskbar to Top in Windows 11