Checking the weather has become a relatively easy process since modern smartphones have come into existence. You can now simply open an app and access the weather information of your city or another from anywhere on the planet. iOS 15 makes knowing the weather around much easier to understand and interpret as it not only notifies you about upcoming weather conditions but also gives you a glimpse of what to expect throughout the day in terms of temperature.

If you’re wondering why you’re using seeing bars colored in yellow, red, blue, or green inside the Weather app, we’ll help you understand what they are, what those colors mean individually, and more in the post below.

Why do you see Yellow, Red, Blue, and Green lines on the Weather app/widget?

iOS 15 brings a whole new redesign to the Weather app and the latest update to the service has brought a new visual way to show you the temperature of the place you’re in. If you’re seeing a bar next to today’s weather colored in yellow, red, blue, or green lines, it essentially tells you the temperature range for the day.

You should also be able to see similar bars corresponding to tomorrow’s weather info and a few subsequent days by checking out the 10-day weather forecast and the 4×4 Weather widget.

This is a welcome change to iPhone users who can now get an idea of the whole day’s forecast instead of just being shown the highest and lowest temperatures for the day.

Related: iOS 15: How To Print to PDF on your iPhone and iPad

What does every color mean?

In case you’re wondering what is the temperature range for a particular day in your region, you need to first understand what range each of the colors indicated inside the Weather app corresponds to.

An overview of these color codes will also appear when you open a location’s Temperature Index. Here’s what it looks like: 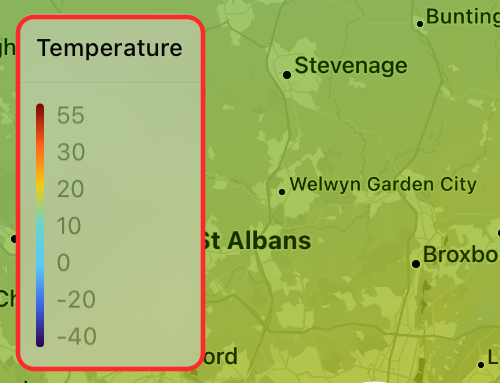 Why do I see different colors in the same line?

Depending on the weather in your region, you may see a single-colored or multi-colored line adjacent to a particular day inside the weather app.

If you only see a single line, you can expect the temperature range to remain the same throughout the day. 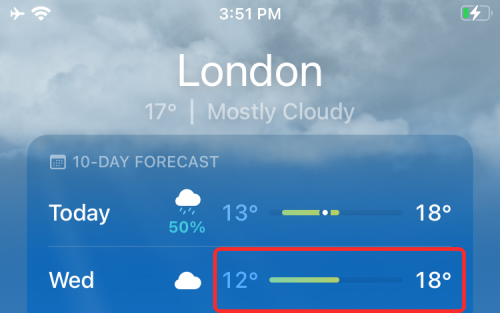 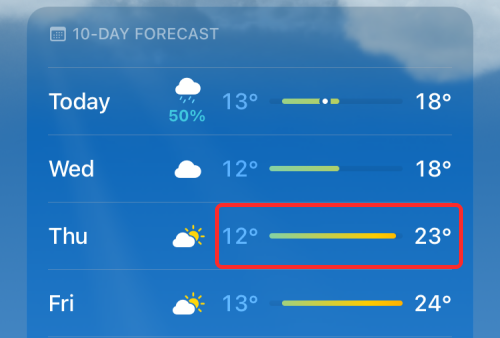 For example, if you live in a moderately warm region but expect rainfall, you may see today’s weather show you a line with a combination of Orange/Yellow/Green colors.

Related: iOS 15: How To Drag and Drop Pictures, Files, Texts, Links, and More Between Apps

Why are some colored lines shorter than others?

If you’re looking at the temperature range of your region for the next few days, you may notice that some colored lines are longer or shorter than the rest of them. Some lines may cover the whole length of the bar while some will have empty spaces on the left or right sides. Why is that, you ask? 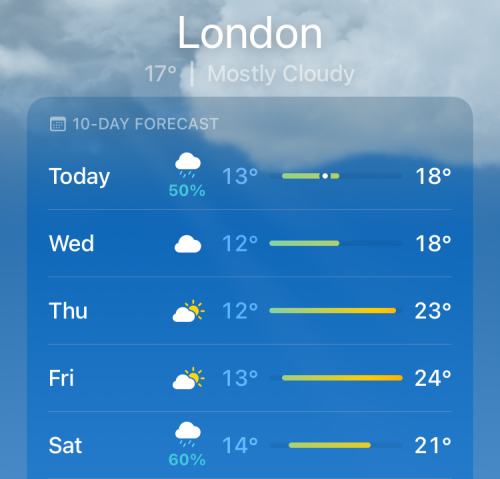 The colored bars do not only show you various temperate ranges but also indicate the minimum and maximum temperatures for a particular day. To help you understand what the weather is going to be like for the upcoming days, the Weather app shows the minimum and maximum temperatures on the left and right sides of the colored bar respectively for the next 10 days.

If a day’s minimum temperature matches with the 10-day forecast’s minimum value, then its bar will start from the extreme left. 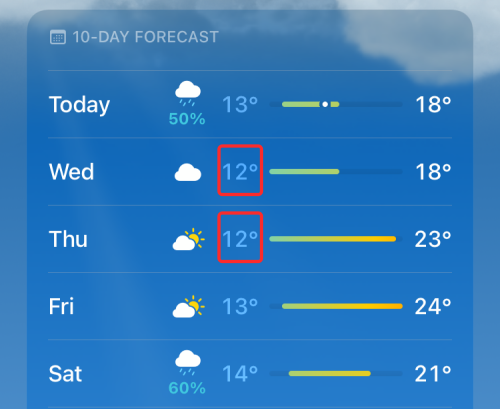 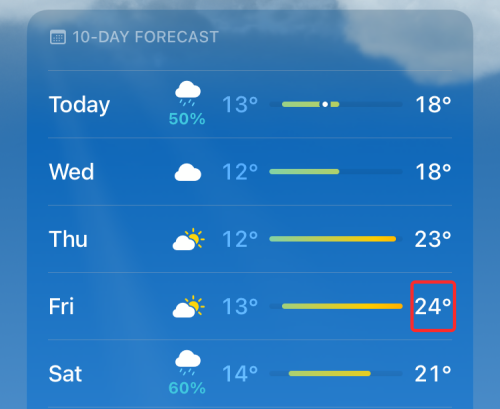 For days where the temperature range is shorter than the range expected for the next 10 days, their bars will be shorter.

For example, let’s take a look at Copenhagen’s 10-day forecast. 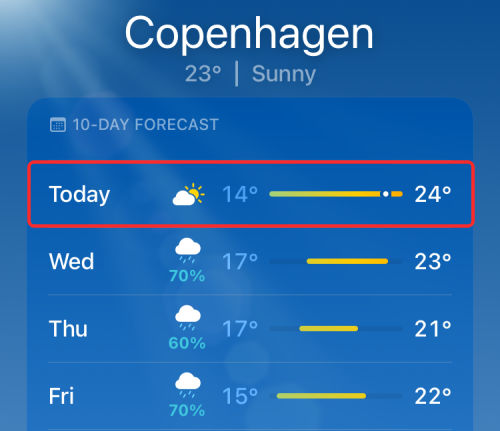 As you can see from Today’s forecast above, the colored bar changes from green to yellow to orange to indicate the transition from 14°C to 24°C throughout the day. You will also notice that Today’s forecast occupies the whole bar leaving no empty space behind. This means the maximum and minimum temperatures for the day are the same as what’s expected in the next 10 days.

When you compare today’s forecast to that of Thursday, you will notice that the colored bar is shorter than the one shown for today. That’s because, the minimum temperature for Thursday is 16°C, which is 2°C higher than today; that’s why the temperature bar shift slightly (2/10 portion; since 14-24°C is the total size of the bar) to the right side. 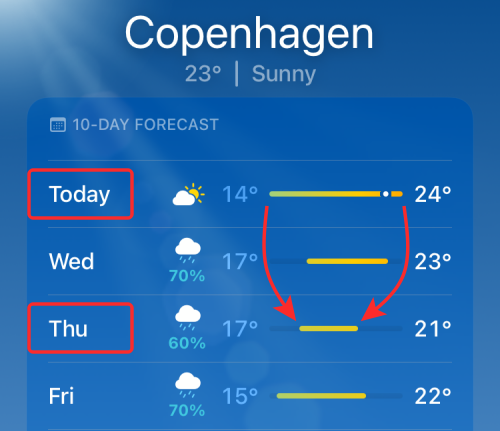 Similarly, Thursday’s maximum temperature (21°C) is also lower than the maximum value (24°C) for the 10-day forecast and that’s why its temperature bar ends 3 spaces shorter the whole size of the bar.

Depending on the weather in your region, you may see different-sized bars for different days if you’re expecting significant changes in the climate.

How do you get it?

The new temperature range bars are available in the Weather app on iOS 15 Developer Beta 2 (DB2) that released last week for iPhones. If you’re already on the first Developer beta of iOS 15, you can update your device to DB2 by going to Settings > General > Software Update and then installing the latest version that’s available. 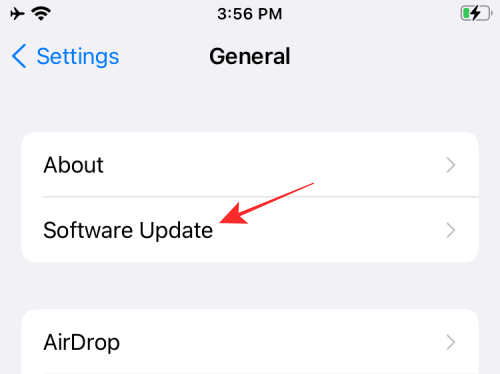 The new temperature bars are an exclusive feature on iOS 15 only, so if you’re running iOS 14 or an older operating system, you will need to wait till this fall when Apple releases the stable version of iOS 15 to the public.

Where can you see colored temperature bars?

The colored bars that indicate the temperature range for a particular day can be seen in two different ways: 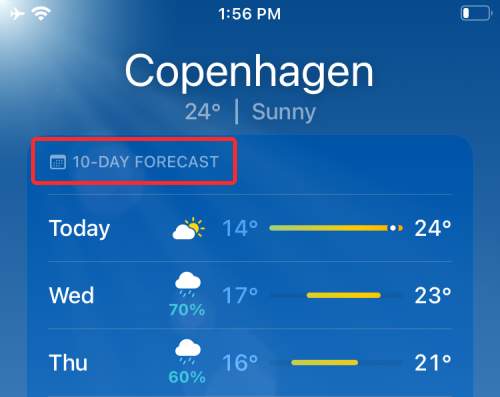 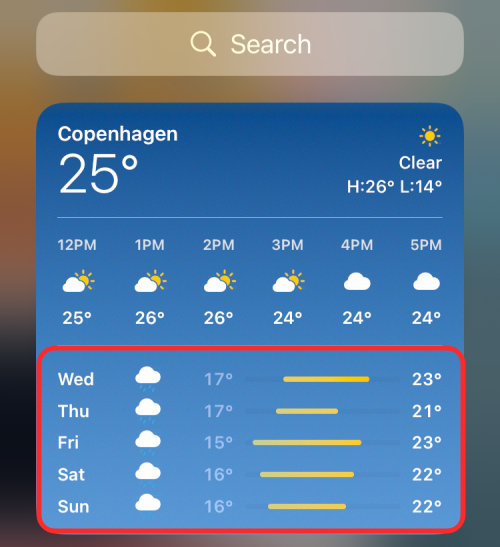 If you’re already on iOS 15 beta and you’re not seeing the new temperature range inside either the Weather app or widget, then it means you’re not on the newest version of iOS 15 beta. As we have mentioned above, the colored temperature bars are only visible inside the Weather app if your iPhone is running the latest iOS 15 Developer Beta 2 (DB2) that Apple released last week. You can update your device to the latest beta by going to Settings > General > Software Update.

If you’re on iOS 15 DB2 but you’re facing issues with the Weather app, you need to accept that you may have run into a bug that’s expected from such early developmental updates. You can expect these bugs to be ironed out in future beta releases or when iOS 15 rolls out to the public. If you’re facing an issue inside the Weather app, you can open the Feedback app to report it to Apple so they resolve it in the next version.

That’s all there is to know about colored lines/bars in the Weather app on iOS 15. 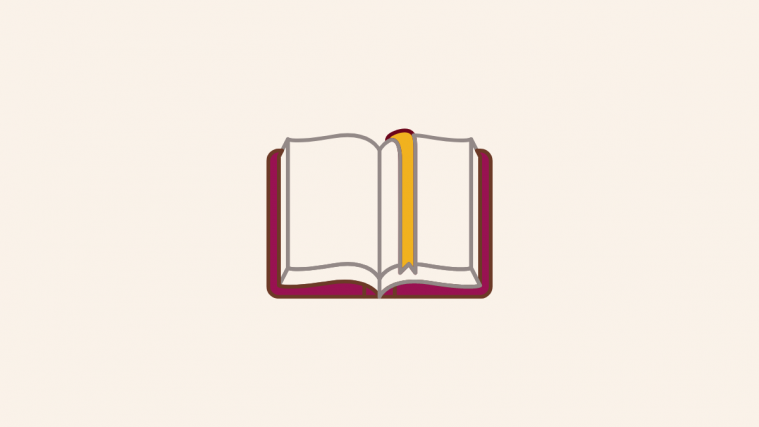 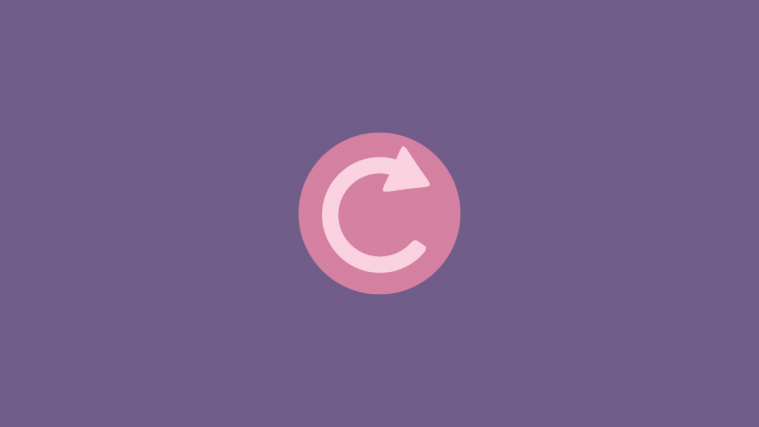 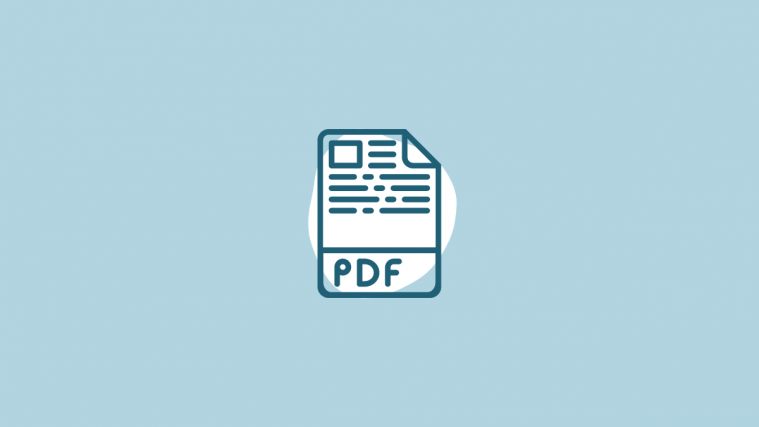