Catch all the latest news on major developments for the OnePlus 6 handset by OnePlus here!

Update [September 21, 2018]: a The Android 9 Pie update is now available for the OnePlus 6. With the rollout of stable Android 9 today, OnePlus has proven once again that they are among the best when it comes to releasing timely Android flagship updates as it took them a mere 46 days to release Pie update since Google announced the big update of the year 2018.

The OnePlus 6 Pie update comes as OxygenOS 9.0 and is already available for download for those couldn’t get the OTA notification of the new Android version. And yes, you can already root the OnePlus 6 on Android 9 Pie update. 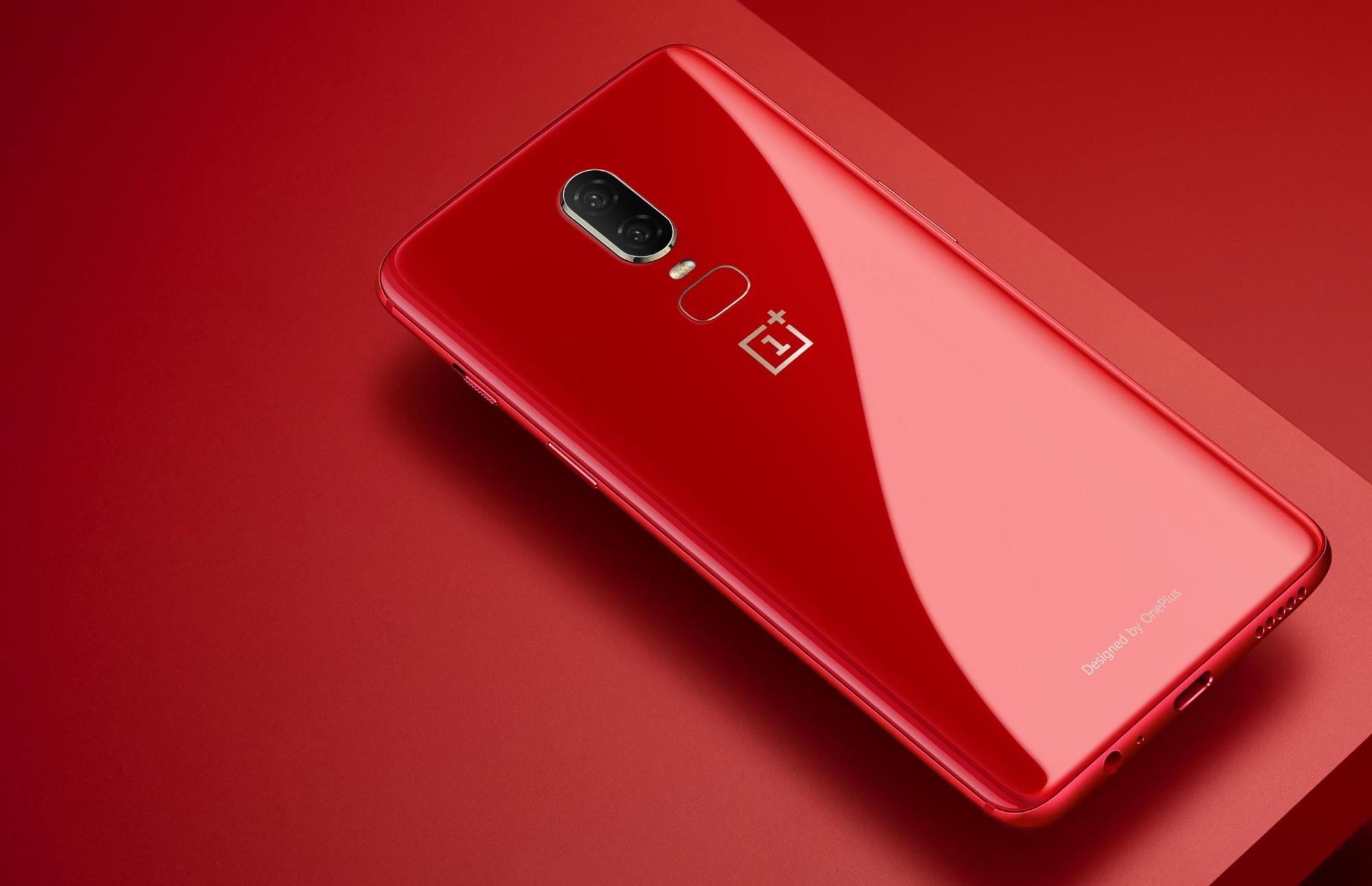 Update [July 2, 2018]: OnePlus 6 has a new flavor in town: Red. This isn’t strange considering how stunning the OnePlus 5T Lava Red edition looks and in fact, OnePlus says this finish was very popular.

The new Red OnePlus 6 was launched earlier today and the company has even made the official statement on the OnePlus forums, including the pricing and availability in various markets. Unless you are in India, the OnePlus 6 Red variant will be available beginning July 10 priced at $579.

OnePlus says this model will be exclusive to the 8GB RAM and 128GB storage variant, which also commands the same price tag for other color variants. For those in India, this new flavor will be available beginning July 16 priced at INR 39,999.

European pricing and release date details are yet to be disclosed, but the OnePlus 6 Red is coming to this region, too.

OnePlus 6 is no longer a rumor. The OnePlus 5T successor was unveiled at an event in London on May 16 and starts selling on May 22.

As you’d expect from a phone that prides itself as a 2018 flagship killer, OnePlus 6 rocks the most powerful processor you can find right now mated with the most RAM you can think of on any smartphone alongside breathtaking amounts of internal storage. The phone also gets a new notched display screen that also happens to be the biggest on any OnePlus device to date. Although a tad costlier than the 5T, OnePlus 6 has a bunch of firsts that make it worth the extra $30, if you ask us.

In fact, on paper, OnePlus 6 is still easily the best phone you can think of at its price, but first, here’s the specs sheet. 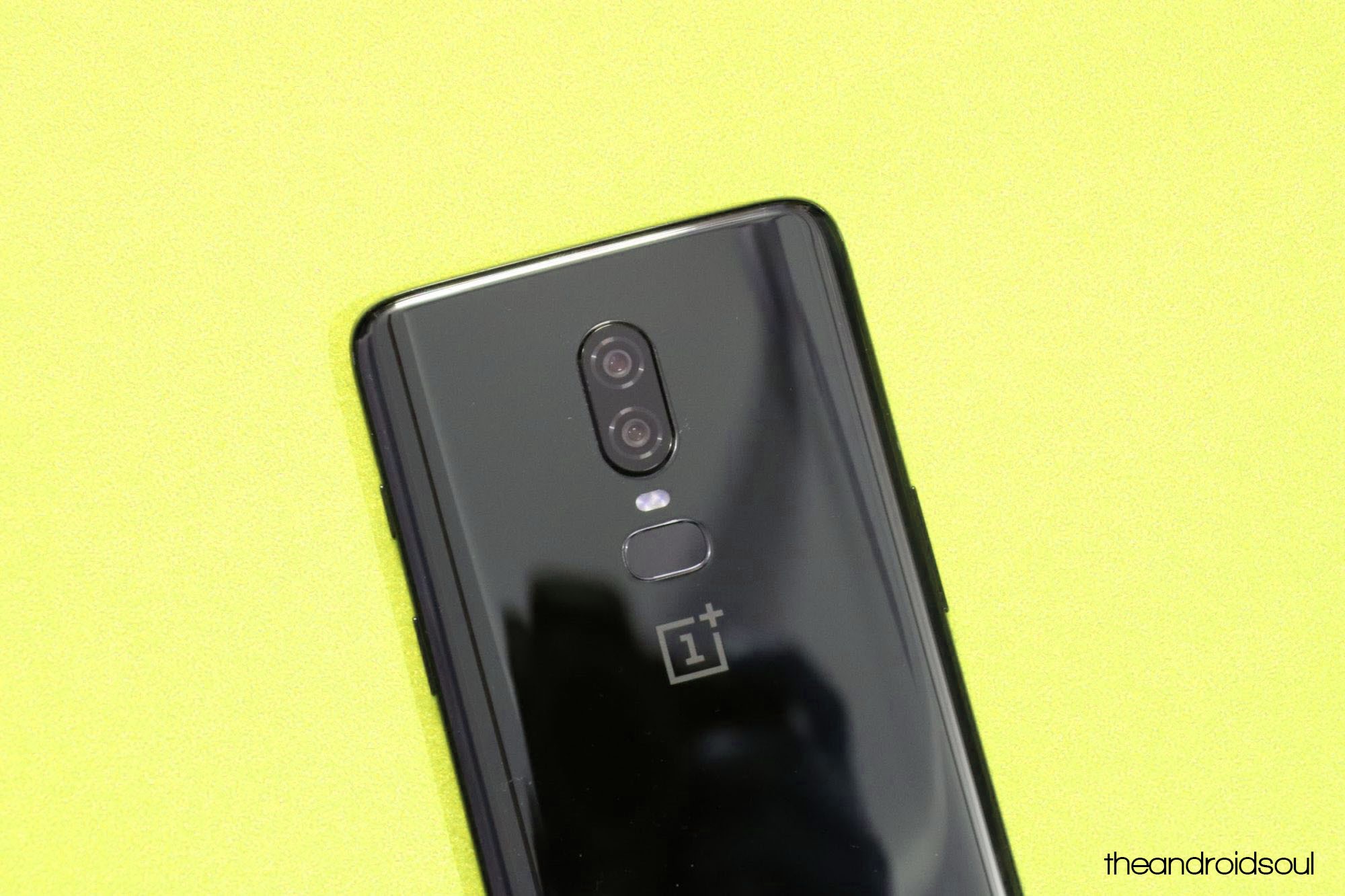 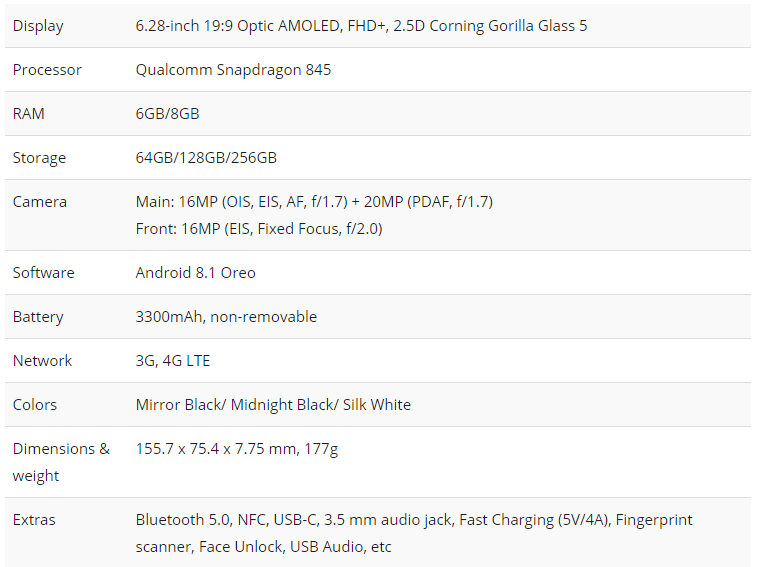 Speaking purely from a value-for-money standpoint, OnePlus 6 is arguably unbeatable (heard of the Huawei Honor 10?). This is the first since OnePlus X to use glass material, but this time, you get a more premium device that is further protected by the best from Corning – Gorilla Glass 5 technology.

The phone also happens to be the company’s first to rock a 19:9 aspect ratio on a notched display screen that measures 6.28 inches, the biggest on any OnePlus device to date. For those who are not fans of the notch, there’s a software setting that lets you beautifully hide it, much like on the Huawei P20 and P20 Pro.

Like the glass back, the screen is also protected by Gorilla Glass 5. OnePlus also did a good job of retaining the 3.5mm audio jack and even better, the OnePlus 6 is more water-resistant, although there’s no specific mention of any IP6X rating. The alert slider is still there, but this time it’s on the right-hand side of the phone, just above the volume rocker. 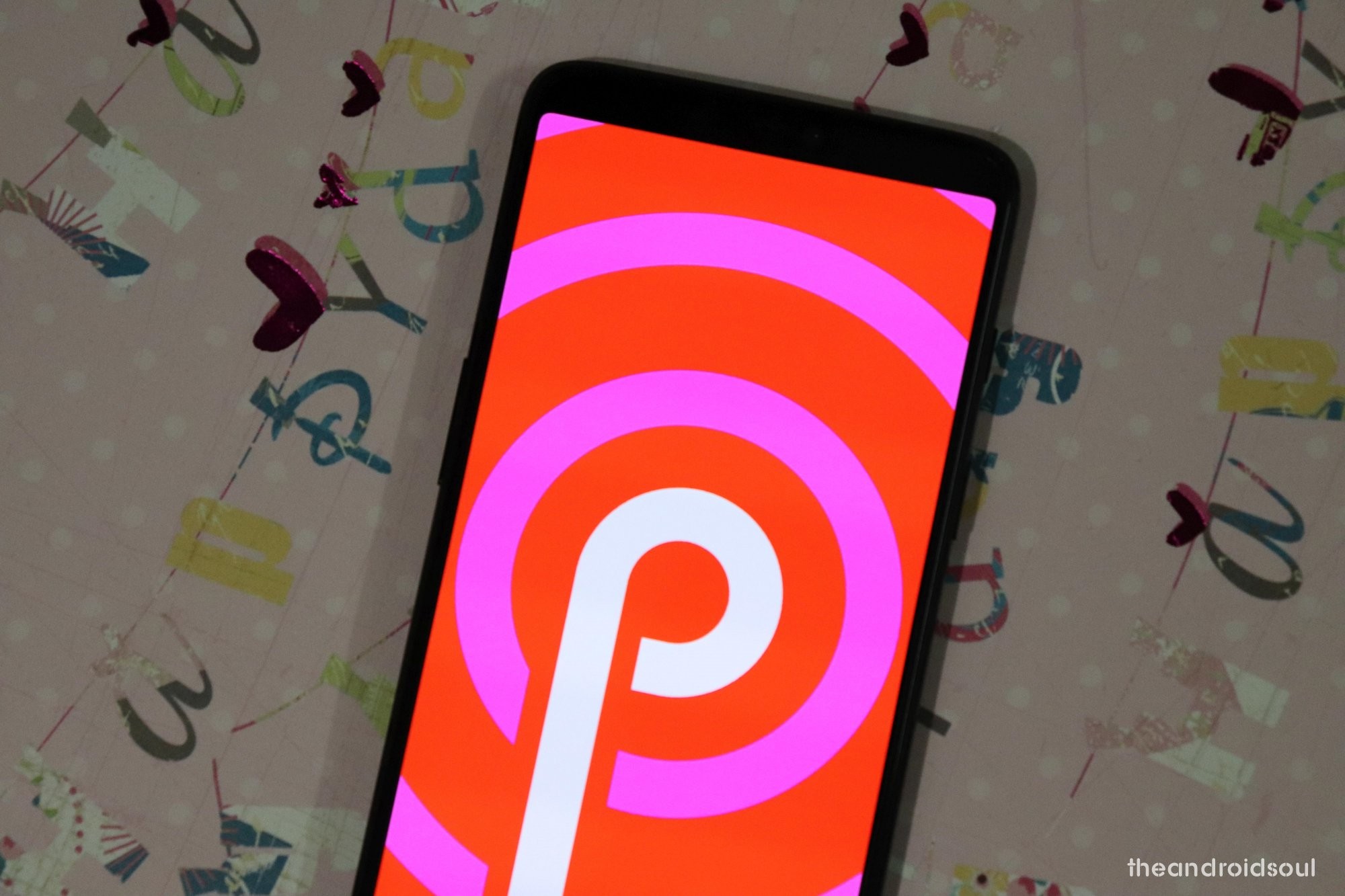 In terms of photography, the same 16MP + 20MP setup is used on the back, but the main sensor is larger and thus suited for better low-light performance. As for the secondary 20MP shooter, it is actually the same Sony IMX 376K unit used on the 5T and all it does is offer portrait mode. On the brighter side, OIS is back on the main shooter after missing out in 2017.

OnePlus 6 users will be able to record slow-motion videos of up to 480fps in HD. Unlike the Galaxy S9 that only captures 0.2 seconds of an HD video in 960fps and expands it to 6 seconds, OnePlus 6 can capture up to a minute of HD video footage in 480fps and you can then pick a section of the video you want in slow motion.

As usual, there’s Dash Charge to help fill up the 3300mAh unit in the quickest time possible. OnePlus says you only need to charge the phone for 30 minutes to get a day’s power, but of course, it’ll depend on what you are actually doing with the phone.

Like the 5T, you still get both Face Unlock and a rear-mounted fingerprint scanner for authentication purposes. OxygenOS-based Android 8.1 Oreo runs the show out of the box and guess what, you can already download and install Android P beta right now. Don’t know how to? We’ve got your back, right below! 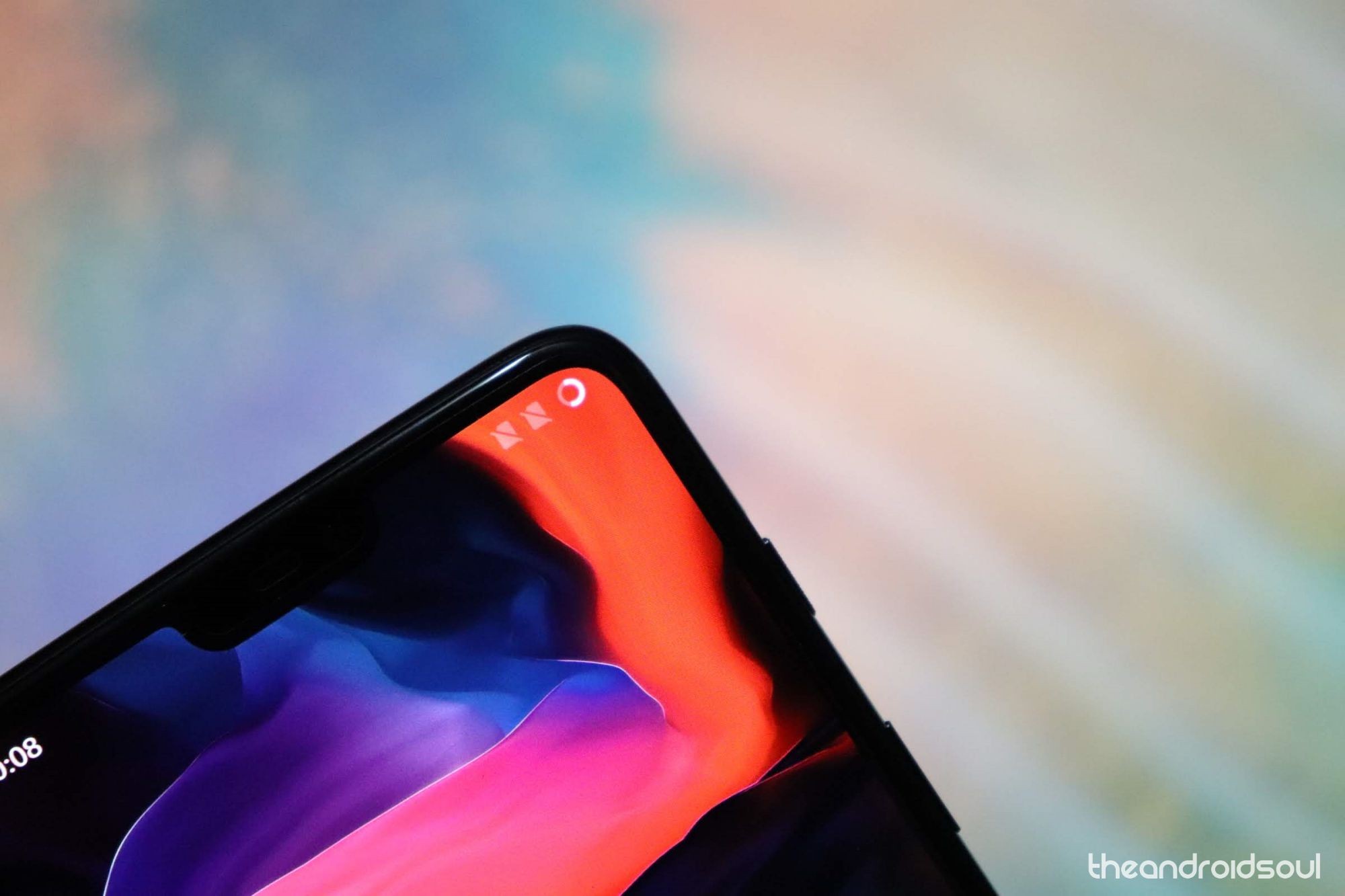 As pointed out at the beginning, OnePlus 6 made its debut on May 16 and starts selling on May 22. Of course, this date is targeting the company’s major markets like India, the U.S., China and some countries in Europe, but we expect a wider availability in by end of May or in June 2018.

OnePlus 6 comes in three color flavors of Mirror Black, Midnight Black, and Silk White, but the latter will be available beginning June 5 alongside the company’s Google Assistant-totting Bullets Wireless headphones. Those in India and China will also be able to get their hands on a special edition Marvel Avengers version. 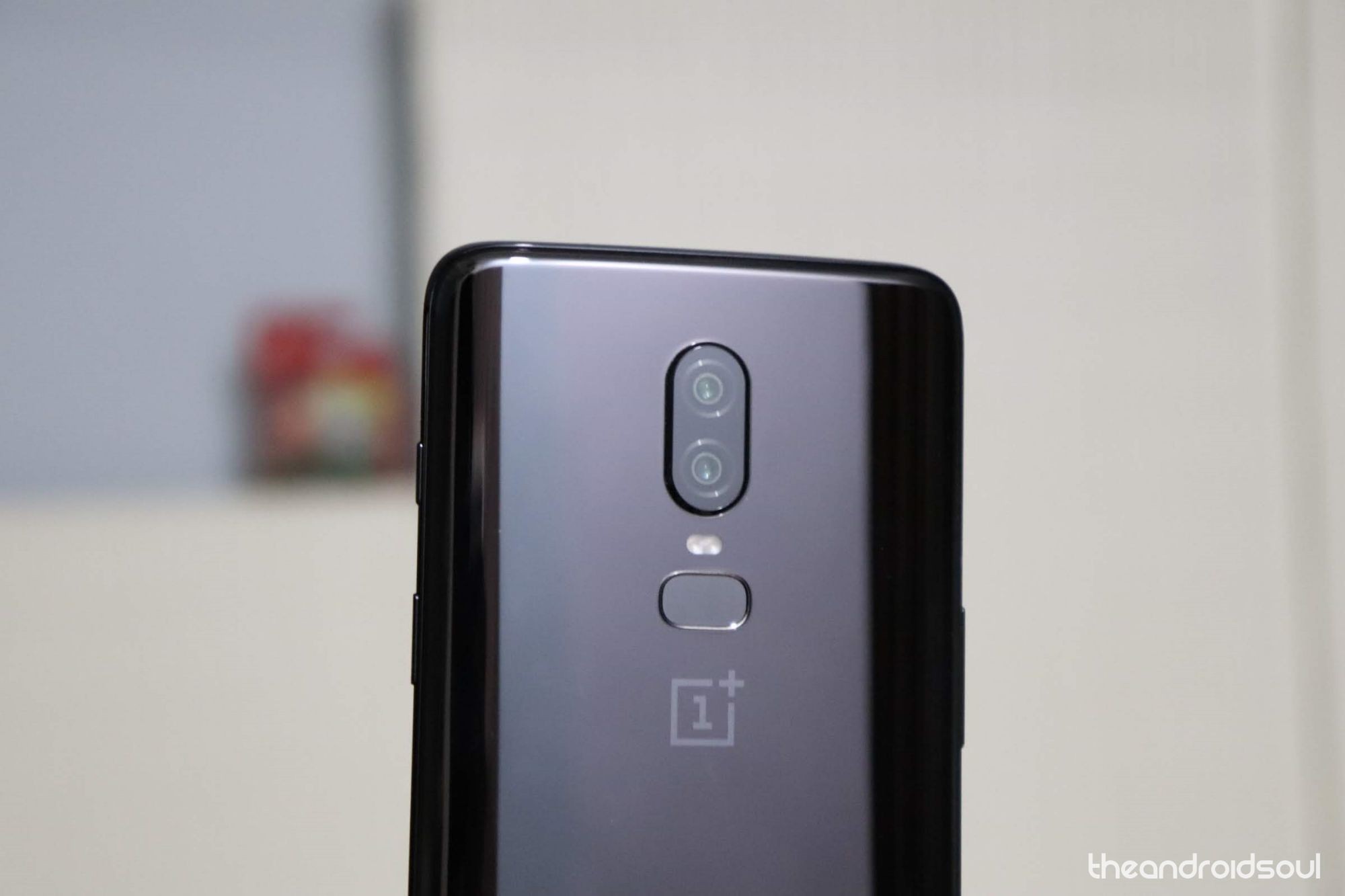 While still here, check out some of our other coverage on OnePlus 6 via the links below:

Should you buy the OnePlus 6 or wait for the OnePlus 6T later in the year? That’s a question only you can answer. Still, watch out for a post as we weigh in on this matter later on. Also, let us know if you’ll be getting this one or if it’s a pass for you down in the comments.