The next version of Apple’s mobile platform – iOS 15 is set to go public later this year but we’ve already given you a glance at some of the features that are coming to FaceTime, Spotlight, and Safari. Even the native Photos app is getting a bunch of new tools like Live Text, better search, shared photos, Memories, and more. Alongside these additions, iOS 15 is also providing users with a way to tell which app they saved a picture or video from. In this post, we’ll explain what this feature is all about and how you can access it inside the Photos app on your iPhone.

What is ‘Saved From’ in Photos app? How does it work?

In iOS 15, the inbuilt Photos app will now show which app you used to save a particular photo or video from. The functionality is made possible thanks to support for EXIF data that gives you more information of a picture that’s saved on your device. In addition to giving you information about where the picture was clicked, what camera was used, and what camera settings were made, this section will also provide you information about pictures that weren’t clicked using your device’s camera.

This means you should be able to look up which app you would have used to save a picture on your iPhone. When you download a picture from anywhere, that particular picture will be marked with data that corresponds to where you saved it from and you will be able to see it marked by “Saved From <app name>”. You can also use this feature as a means to organize your Photos library as you may be able to find all photos from an app, share them, or delete them to save your storage space.

To find out which app you used to download a picture or video from on your iPhone, open the Photos app on iOS.

Note: This feature is currently only available on iOS 15 which is still in its early developer beta phase. If you don’t want to deal with bugs on your primary device, we advise against installing iOS beta for now until Apple releases the public beta of the upcoming mobile platform.

Inside the Photos app, open a media file you want to know information about, and when it appears in fullscreen, tap on the ‘i’ button at the bottom. Alternatively, you can swipe up on a picture to get to the next page. 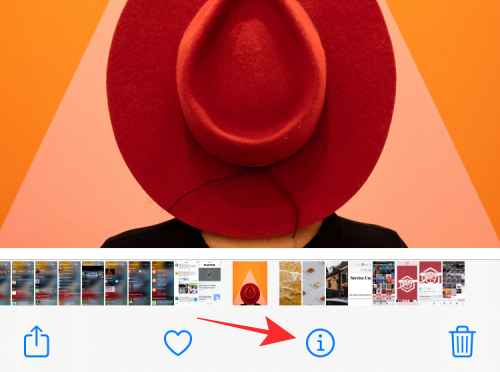 This will bring up the additional information about the photo/video and you will be able to see where you downloaded it from by looking at the app adjacent to the ‘Saved From’. The app will be highlighted in bold with the app icon appearing on the left side of the ‘Saved from’ label. 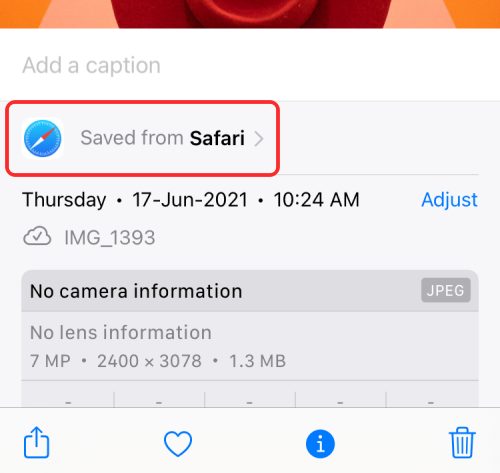 We checked a bunch of photos in our library and the Photos app was able to label all files downloaded from Apple’s own apps like Safari and Messages, as well as popular third-party apps like Twitter, Hangouts, Brave, and more. 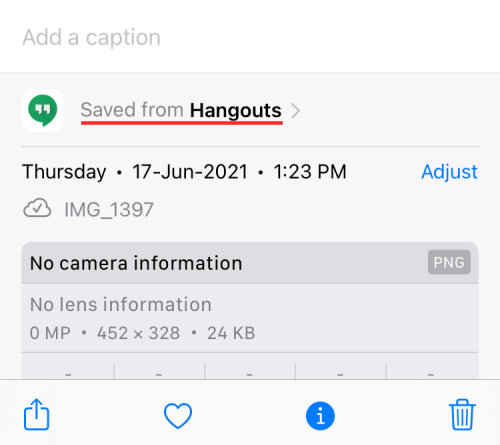 However, there were still a bunch of images that Photos wasn’t able to detect which app it was saved from. We believe this might either be because of the lack of EXIF data available for the file or the app is yet to support the new feature on iOS 15.

How to Find All Media from an app on iPhone

Besides showing you which app an image/video was downloaded from, the ‘Saved From’ feature on Photos also lets you access all the files you saved from a particular app on your iPhone. To use this feature, you need to open a picture you think you saved from the app you want to search for more images from. When the photo appears, tap on the ‘i’ button at the bottom or swipe up on the photo itself. 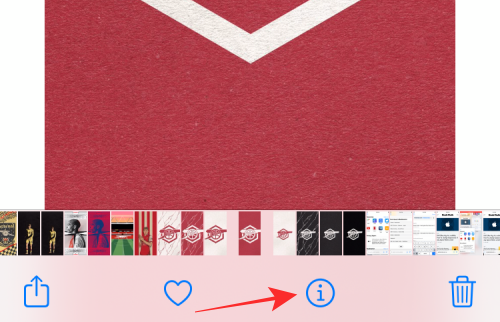 When the image info section appears below, tap on the ‘Saved from [App name]’ option. 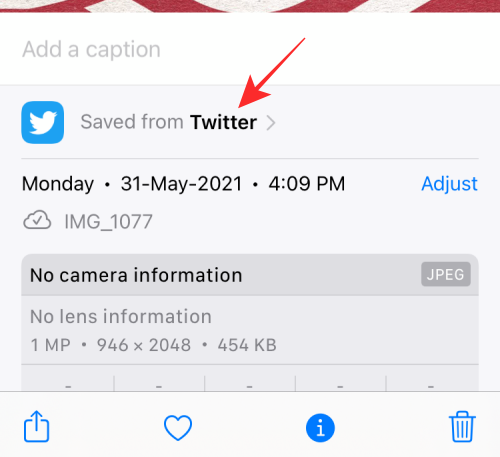 This will load up a new screen that shows you exactly how many photos you have saved from that particular app at the top. 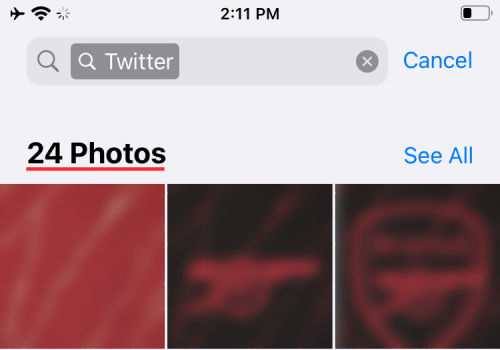 You can access all the photos from that app by tapping on its name under the ‘Saved From Apps’ section. 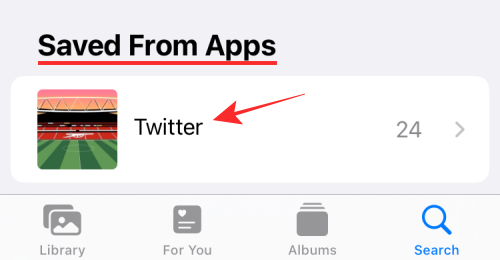 On the next screen, you should see all the photos/videos you have saved from the particular app. 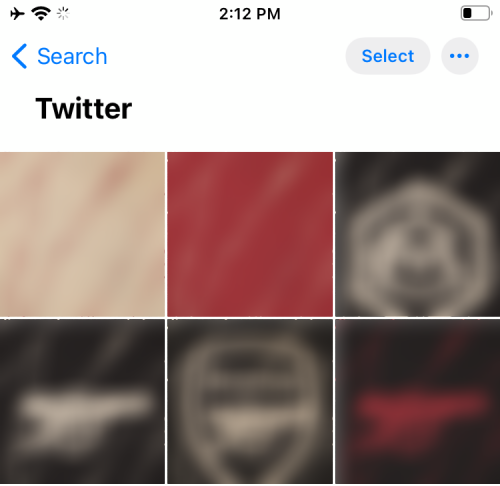 You can select any number of files and choose to delete them to clear from your library or share them with others.

I saved a photo before iOS 15. Can I still know which app I saved it from?

The first thing you might be wondering when you learn about the ‘Saved from’ feature is whether the app would be able to detect the app you used to save a picture, even before you installed iOS 15.

The answer to that is YES, the ‘Saved from’ feature is backwards-compatible. This means, the Photos app will be able to tell you which app you saved a file from, even if you had saved photos/videos before installing iOS 15. This could be possible because of the presence of metadata that might have been embedded on the media all along which is only accessible in the latest version of iOS. 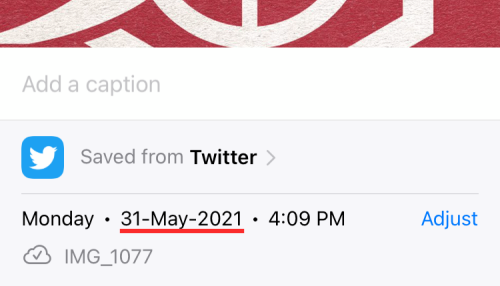 If you look at the screenshot above, you should see that the Photos app is able to gain info about which app I used to save the image from, even if it’s stamped with a date well before the release date of iOS 15 beta 1.

Does ‘Saved From’ tell you which app you took screenshots from?

No, unfortunately. The ‘Saved from’ feature won’t be able to tell you which you took a screenshot on. For the ‘Saved from’ tag to appear on pictures, you need to save a picture/video directly from an app so that it appears under the app.

Screenshots you capture won’t even have to ‘Saved from’ label appearing at the top of the file info.

Can you see which websites you downloaded media from?

No. As we have explained above, the ‘Saved from’ feature only shows the app you used to save a picture or video file onto your iPhone. If you saved a photo from a website using Safari, then the photo will be marked with ‘Saved from Safari’ instead of telling you which website it was downloaded from. 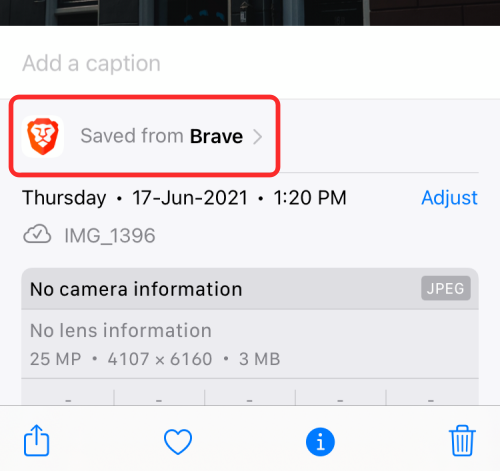 The same is true no matter which web browser app you use to download a picture, it will still show the app’s name and icon and not the web address it was downloaded from.

Does ‘Save from’ tell you who sent you a picture?

If we haven’t made it clear, ‘Save from’ on Photos only tells you which app you used to save a picture. For instance, if someone sent you a picture on a messaging app like WhatsApp and you saved this picture onto your iPhone, it will show up on Photos as ‘Saved from WhatsApp’ and not contain the name of the person who sent it to you.

However, if you have shared content from someone via the Messages app, Apple now offers you a way to view them you using the ‘Shared with You‘ feature. To view them, you will have to go to Photos > For You > Shared with You and then select the contact’s name you received media from. 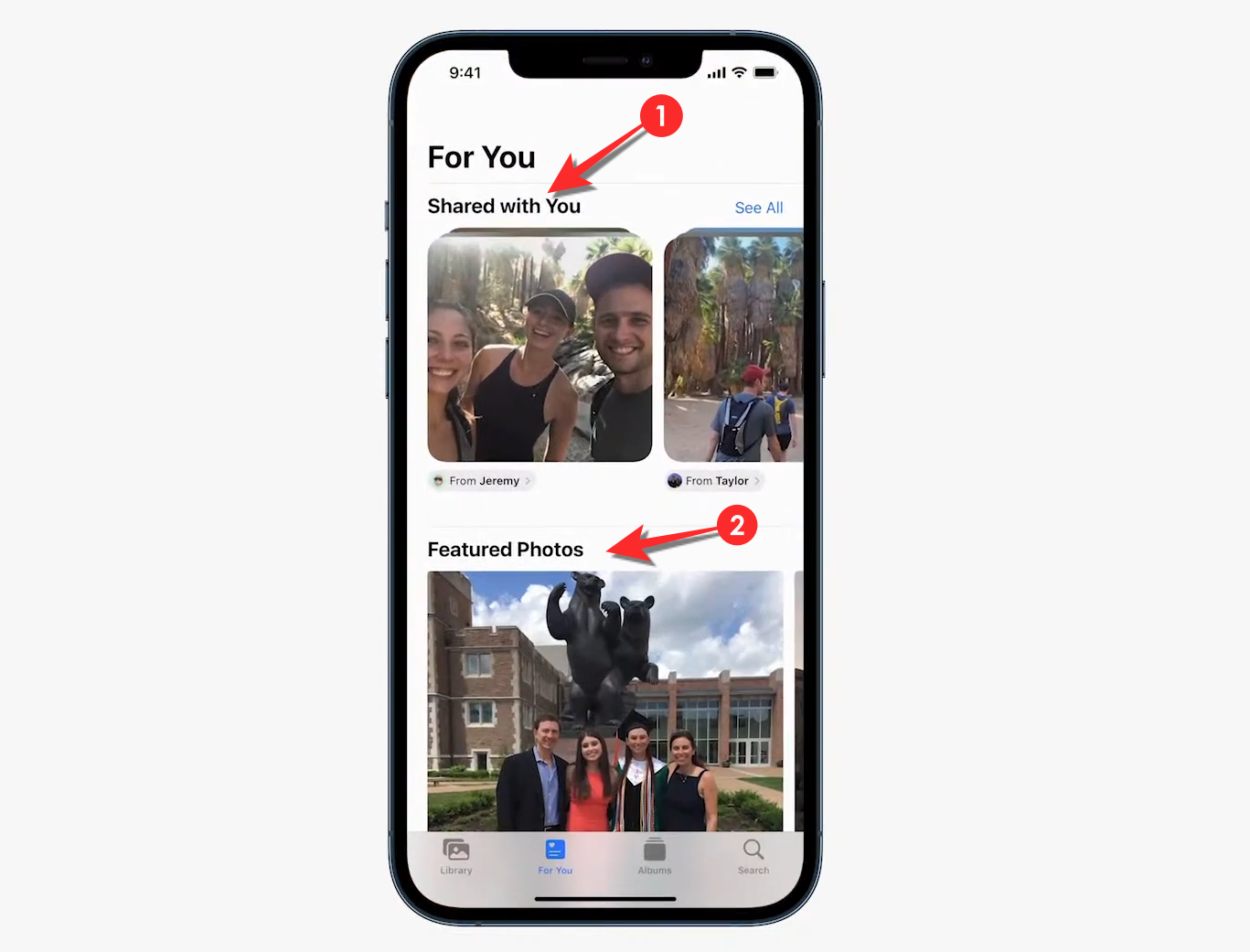 Even if you’re scrolling through your library, you can spot pictures that have been shared with you as they’ll be marked by a bubble icon. 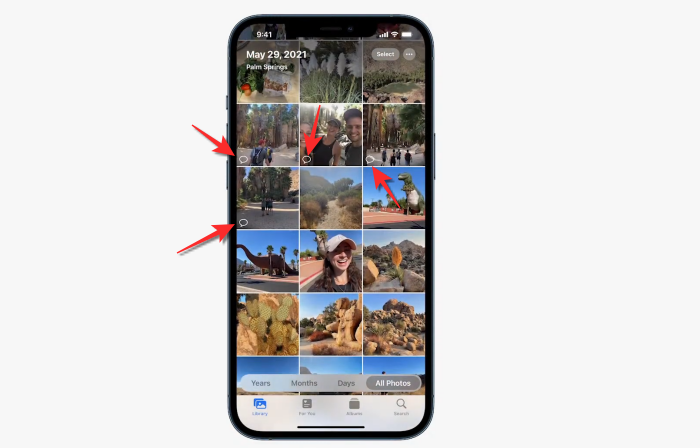 The feature only works for files sent via the Messages app and no other third-party messaging service.

That’s all there to know about the ‘Saved From’ feature on Photos on iOS 15.