How to get better performance while playing PUBG

Lag while playing PUBG is absolutely the most annoying experience and could most certainly botch the gameplay. Most devices which have been launched this year can handle PUBG very well, however, users may still lag while playing the game due to various reasons.

So, we’re here to help you lads play lag free and ensure steady FPS as much as possible. Although, keep in mind that hardware does matter as well and no matter how hard you try to optimize a low-end device with low-end specifications, you might still notice a few FPS drops while playing PUBG.

You might also notice lag if you’re ping is higher than 200ms. Having a ping above 200ms will make the gameplay experience a bit slow and difficult since you any action you do in the game would register with the game server slower than other players. This would make it difficult to eliminate enemies since your reaction time would be affected due to the high ping.

So let’s hop right in and check out a few ways to improve the performance on your device as well as get a better ping to have a lag-free experience when playing the epic battle royale game. 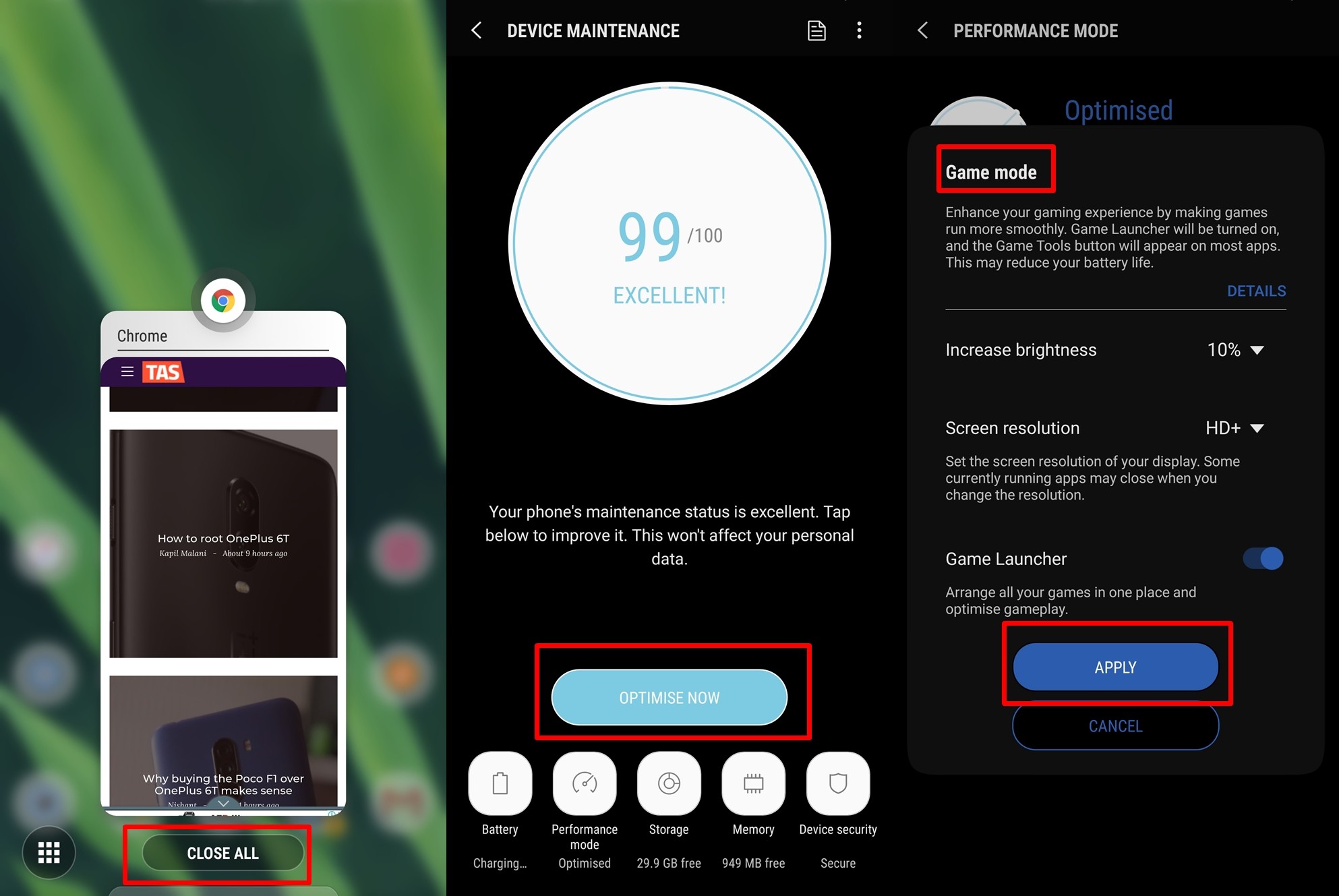 How to lower Ping

No matter how good the specifications of your device are, if you have a high ping, then the gameplay would still be choppy and getting kills would be way harder than you might imagine.

Although, there isn’t a whole bunch of things you could do to improve the ping, here are a couple of things to try out which may help you get a good ping.

None of these tips work for you?

In case these tips don’t work for you and you’re still experiencing lag and high ping issues, then, unfortunately, the only way to fix either of the issues would be to upgrade your hardware.

If you don’t want to settle with these issues and want a better PUBG gaming experience, and if you’re having ping issues only, we’d suggest upgrading your network hardware or switching your ISP. In case you’re having FPS drops and choppy gameplay, then upgrading your smartphone would be the best thing to do.

How to aim better in PUBG Mobile