PUBG Mobile Monster Truck: Where to Get, Why It’s Awesome, and How to Win With It

With the latest PUBG Mobile 0.19.0 update, we got a whole lot of frantic, bullet-soaked goodness to chomp into. Chief among them is the new Nordic-style map, Livik, which cleaves match-time in two and doubles the population density, giving us a whole lot more bang for our temporal buck.

Aside from serene waterfalls, lovely hot-springs, and resplendent wildflower-speckled hills we were gifted with a pair of merciless new weapons, the P90 SMG and MK-12 marksman rifle that both really good at putting holes in people.

Oh, and the friggin’ Monster Truck.

What is the Monster Truck? 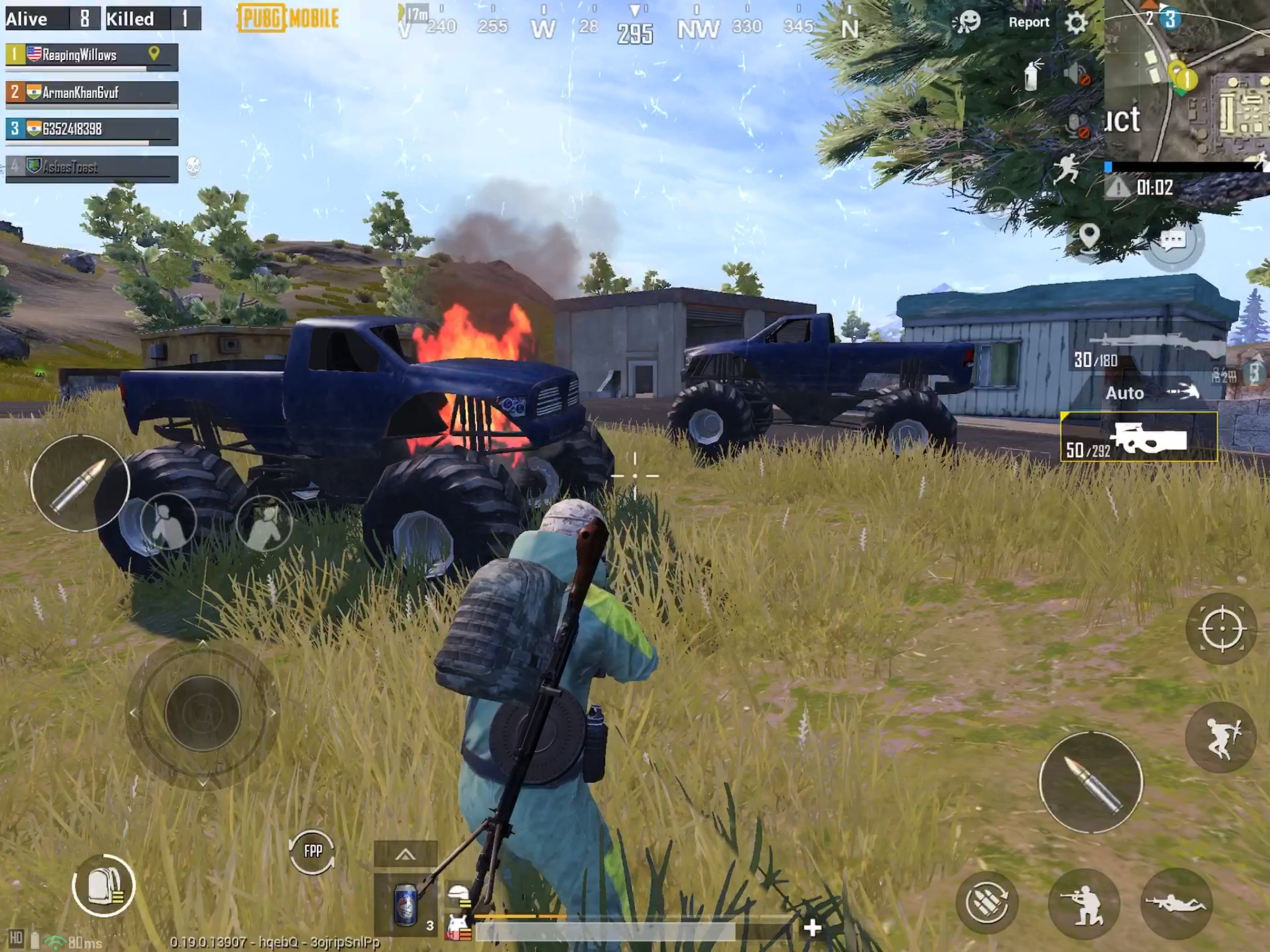 The Monster Truck is an awesome, gasoline-powered love letter to all things preposterously destructive and needlessly powerful. It is, by far, the largest vehicle in PUBG Mobile with the best overall stats and, like Livik, is also exclusive to mobile.

The Monster Truck is more than just a new and preposterous looking incarnation of death in vehicle form: it has some serious utility. The Monster Truck has the best maneuverability of any vehicle in the game. No longer will you be tipping over sand dunes or zipping into the jungle air — for what the Monster Truck lacks in speed and acceleration, it more than makes up for with its unique talent for swallowing huge chunks of rugged terrain. Plus, it’s extreme weight prevents it from doing dangerous, attention-grabbing arcs through the air (though, be prepared to attract attention anyway).

Armor-wise, the Monster Truck is the closest thing PUBG mobile has to a straight-up tank. It seems to have the best defensive stats in the game, capable of absorbing serious amounts of bombardment before starting to smoke and flame — though it will eventually blow up like any other car, poke it enough. Albeit slower. 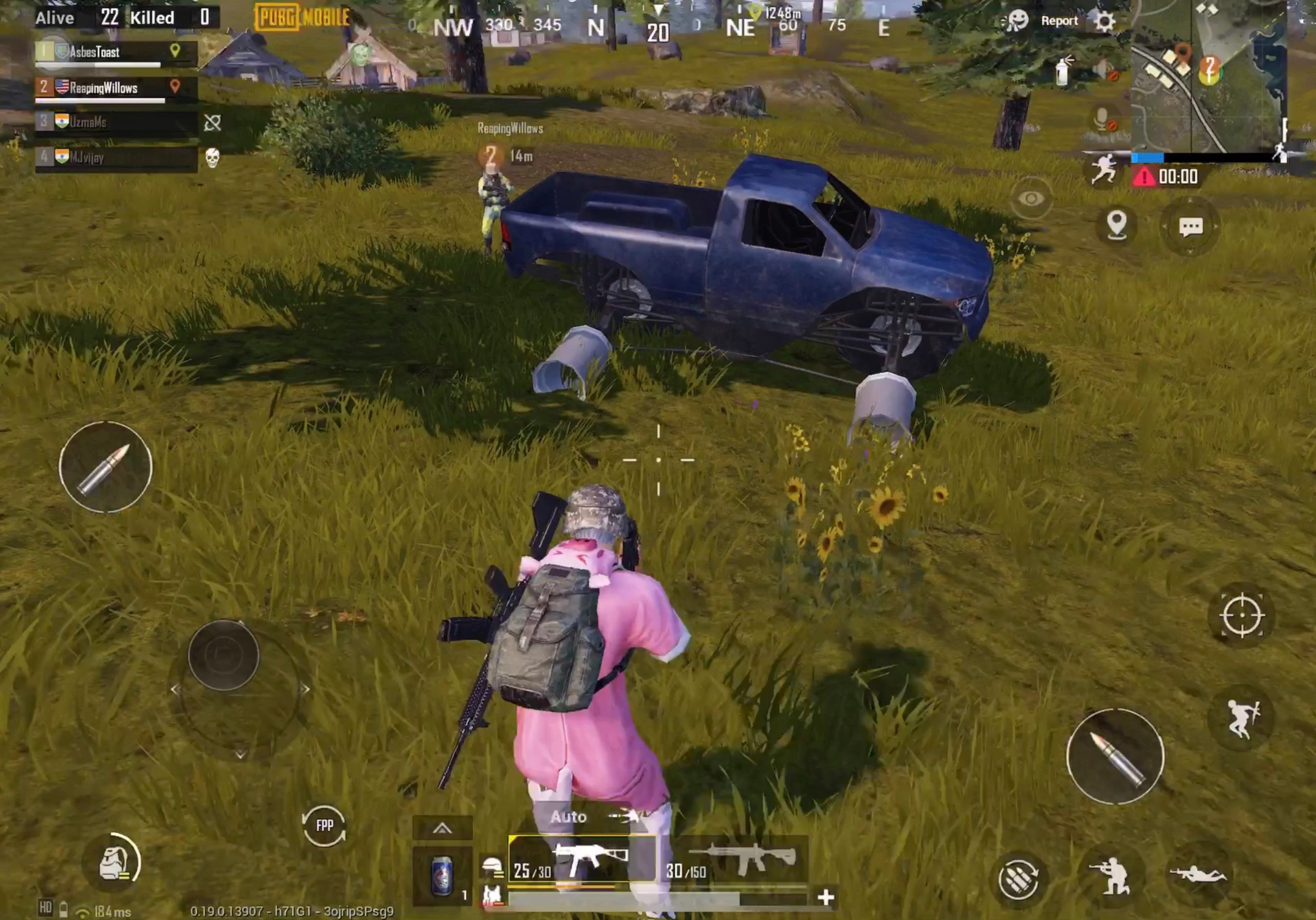 And those massive tires have significantly more armor too — taking full clips before popping. And yes, of course, we wasted a perfectly good Monster Truck just for that shot. 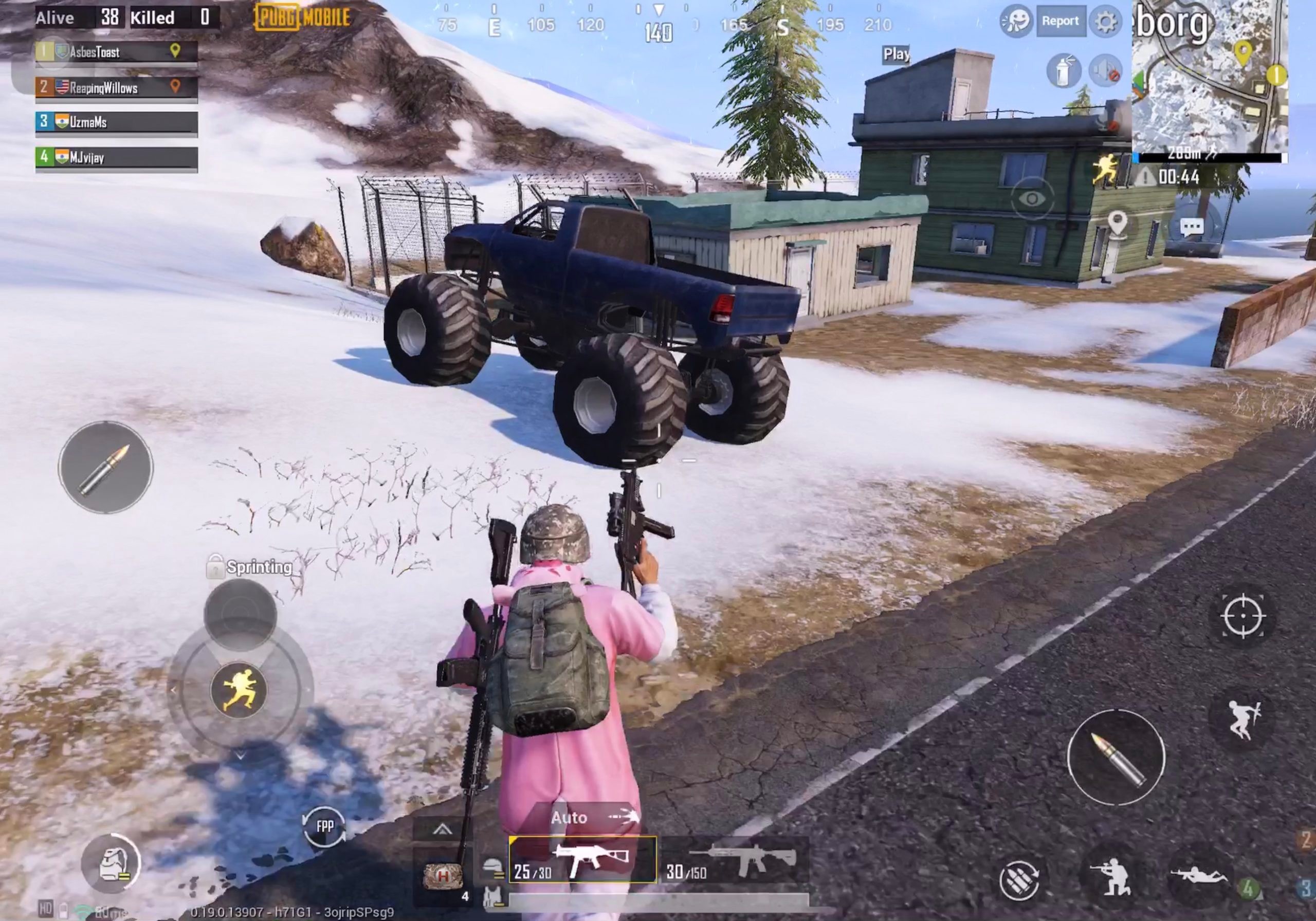 There are a few locations floating around the internet as possible spawn points; not only did we test them all, but we discovered a few ourselves. Below is where we’d put our money on where best to find a Monster Truck. Note that this is not an exhaustive list — only the locations where we repeatedly found Monster Trucks and where you’re most likely to get your hands on one of the vehicular manslaughter specialists yourself. 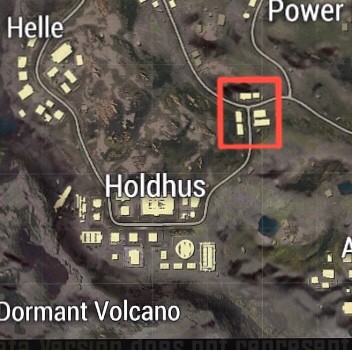 Northeast of Holdhus, a large town in the lower-left hand corner of the map, is a small cluster of unnamed buildings. Right on the edge of the buildings, you’ll find a Monster Truck parked quite conspicuously. You can’t miss it — it’s as big as most of the buildings. 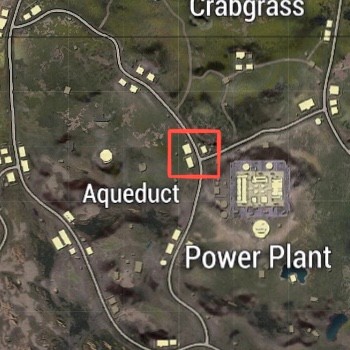 Just between the Aqueduct and Power Plant is a small trio of buildings at an intersection. There’s a good chance you’ll find a Monster Truck waiting for you at the spawn point there. Though beware, this is one of the higher traffic areas of the game and unless you get there fast, it’s a bad idea to approach solo or on foot. Plus there’s a chance the truck will be gone in the first couple minutes. 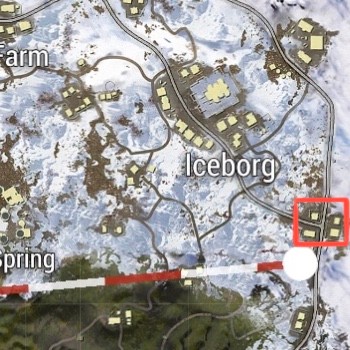 Just southeast of Iceborg is another small cluster of unnamed buildings (we’re starting to sense a theme here) where Monster Trucks can spawn. You’ll find it parked north of the upper-left-hand building, its preposterously huge tires quietly thirsting for the blood of men.

How to use the Monster Truck 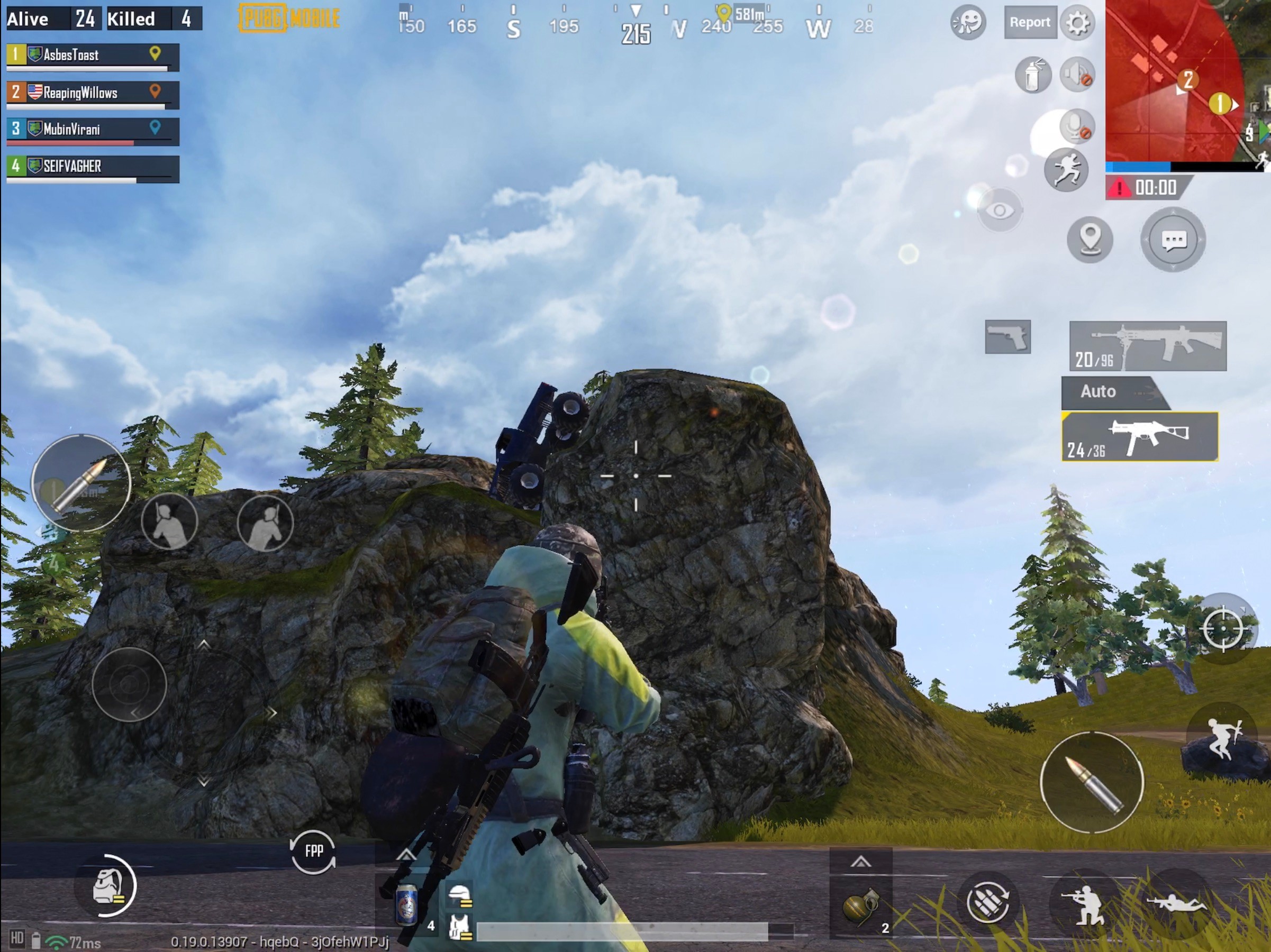 For all the ceaseless wonder and anatomical ingenuity that comes with it, the human body is pretty squishy. Despite that squishiness, we tend to use them in rather hairy situations, full of things rather bad at keeping that blood thing where it belongs. This is where the  Monster Truck comes in handy. Here’s how you should really ride this truck.

Not only is it especially adept at keeping your blood inside your body, but it also has quite a knack for using your opponent’s to give the pavement a fresh coat of paint. 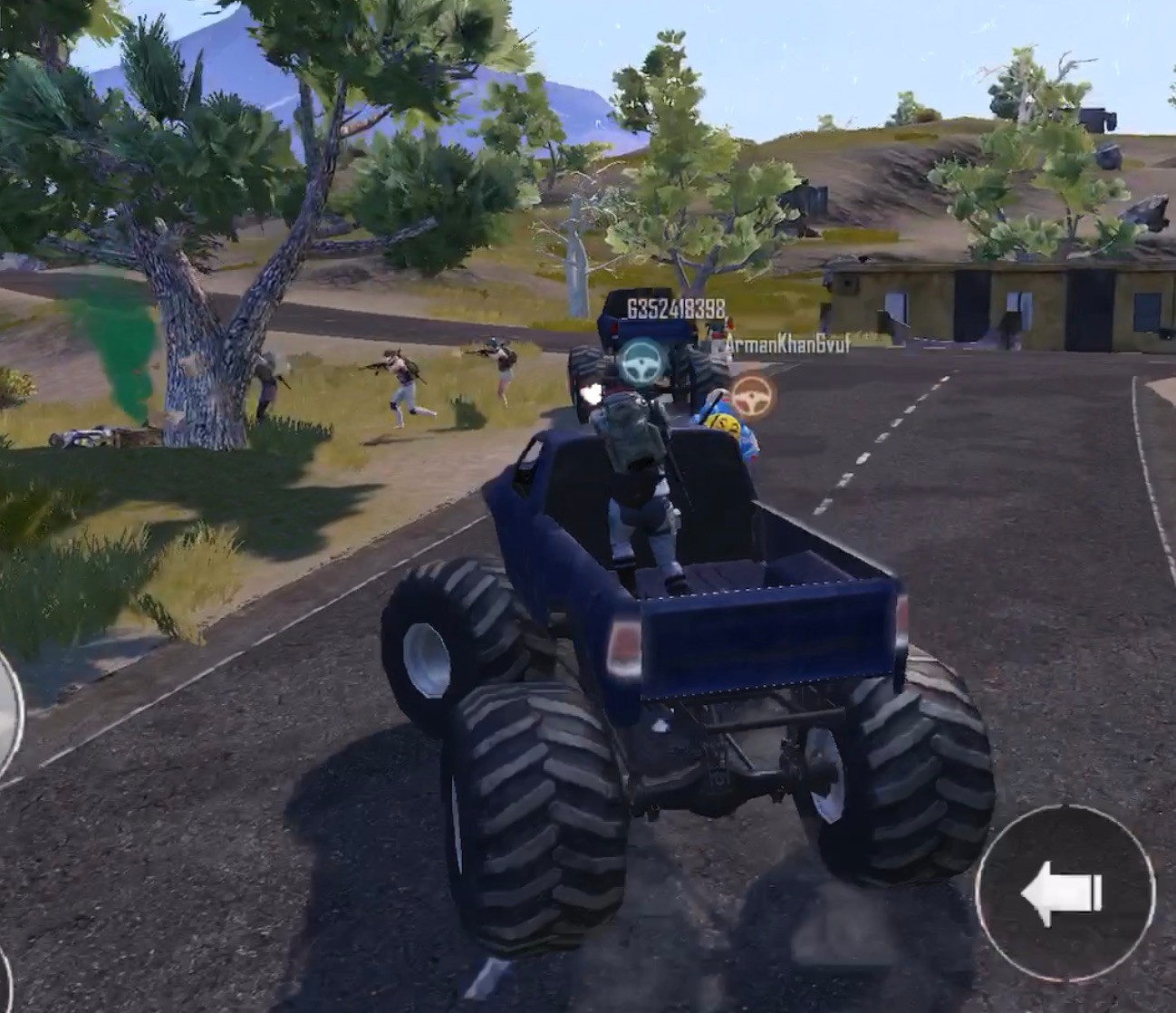 Indeed, one of the most satisfying things about the Monster Truck is that it can be used, rather effectively, to insta-knock/kill players. It’s wide body and great maneuverability make it an excellent steamroller. When you’re charging an enemy player, however, try to do so in an arc rather than driving at them head-on — doing so significantly lowers your exposure. The driver of the Monster Truck is especially vulnerable behind that wide windshield, and by driving straight at your opponent, you’re basically presenting an unmoving target, ripe for a headshot. 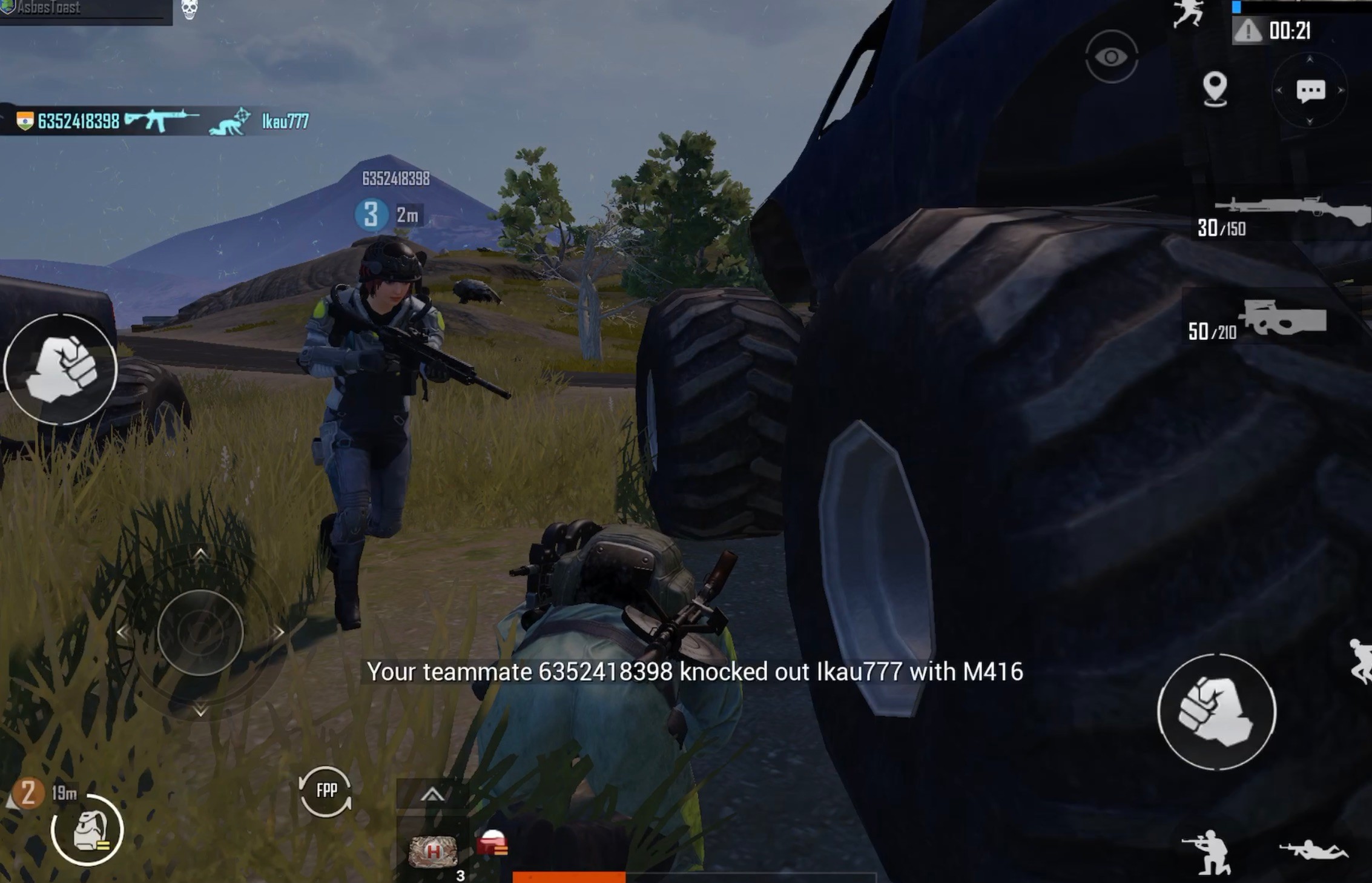 As we mentioned earlier, its tires can survive a serious beating. Using it like a defensive wall is much more effective than the previous go-to, the Jeep. Heck, even the popped tires make for an excellent barricade. Also unlike the Jeep, which leaves you exposed between the tires, a single tire of the Monster truck can be used to protect an entire crouching person. Plus the fact that the tires extend outward from the body allows you to crouch between them, providing complete lateral protection. This protective versatility makes the truck viable for even solo players in the last few circles. 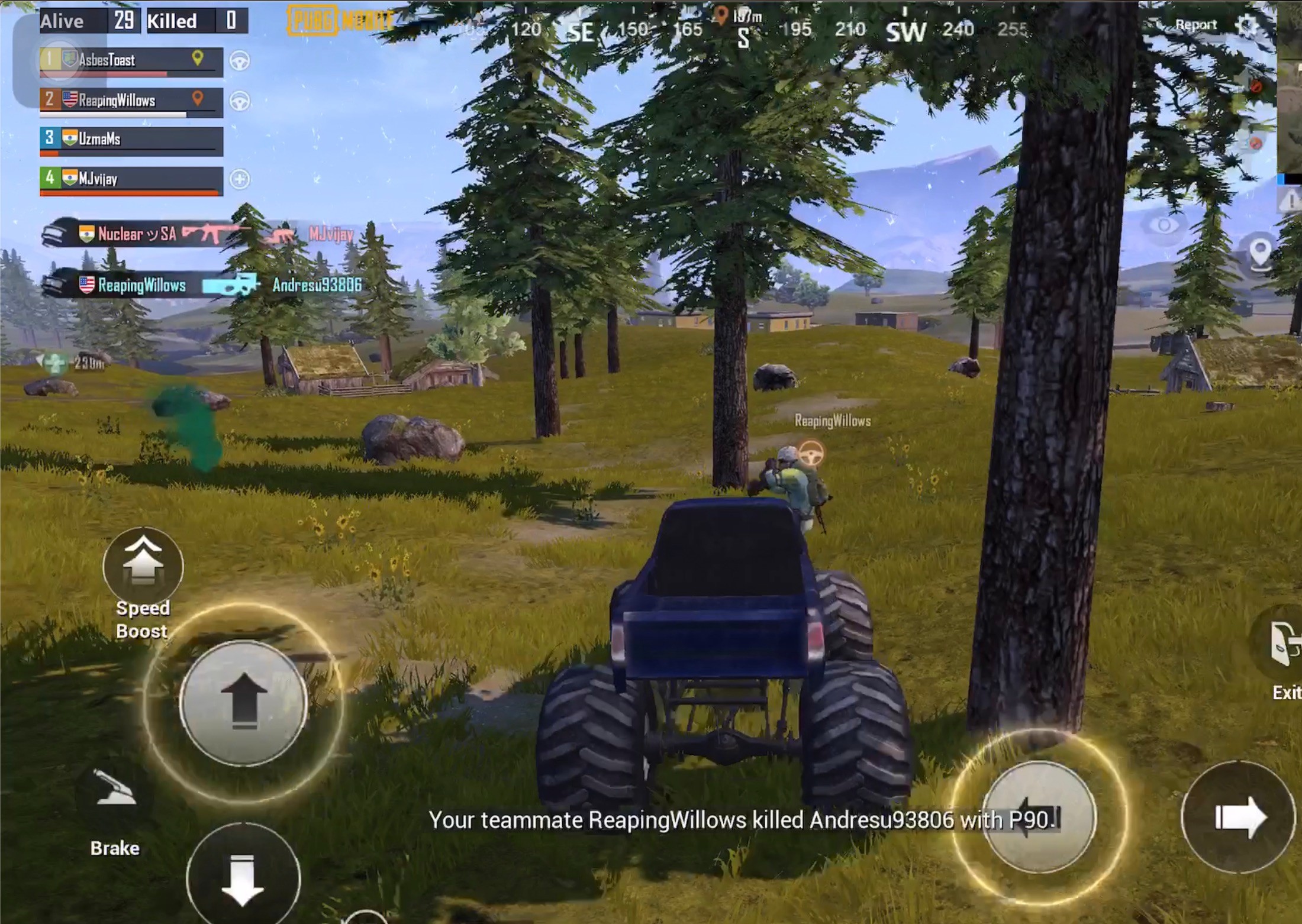 The way the pick-up truck or open-top Jeep can carry four players and let three fire simultaneously, the Monster Truck also allows for a mobile firepower unit — only much more effective and approximately twelve times as badass.

Not only is the risk of flipping over the Monster Truck significantly lower than any of the other vehicles, but the added height affords a more advantageous shooting position. Combined with its better armor and its aforementioned utility as a full-fledged barricade for long drawn out fights makes it perhaps the first vehicle to actually work like something out of Mad Max.

With a full squad capable of mowing down players, firing while remaining a moving target, and using a single vehicle to cover all four squad-members, the Monster Truck really is… well.. a monster.

We hope you liked our complete PUBG Mobile Monster Truck guide. We certainly enjoyed making it. We also have a bunch of other guides on Livik as well as a pretty in-depth P90 and MK12 guide. Let us know what you like most about the four-wheeled angel of death and where you usually go to find one.

Vidlab App For Android: Best Alternatives you can get in 2020