The internet, although makes our lives a hell lot more comfortable, is dark and full of terrors especially when it comes to privacy and security. Be it malicious hackers, your internet service provider (ISP), or even the government for that matter, is tracking all of your online activity. Given the situation, you need some cloaking mechanism of sorts to hide your internet activity. And that’s where you enter VPN.

Virtual Private Network aka VPN encrypts all of your online activity thereby improving the security scene. There are other advantages to using it as well. For instance, since VPN providers maintain servers in different countries, users also get to unlock content which is otherwise blocked in their respective countries.

There is a vast number of VPNs available for a majority of machines which include desktops, laptops, tablets and Android handsets. In this article, however, we will only be dealing with the VPNs related to Android devices.

Okay, now that we have established what’s VPN and why you should be using it in the first place, let’s check out the best VPN services available for Android (in no particular order). 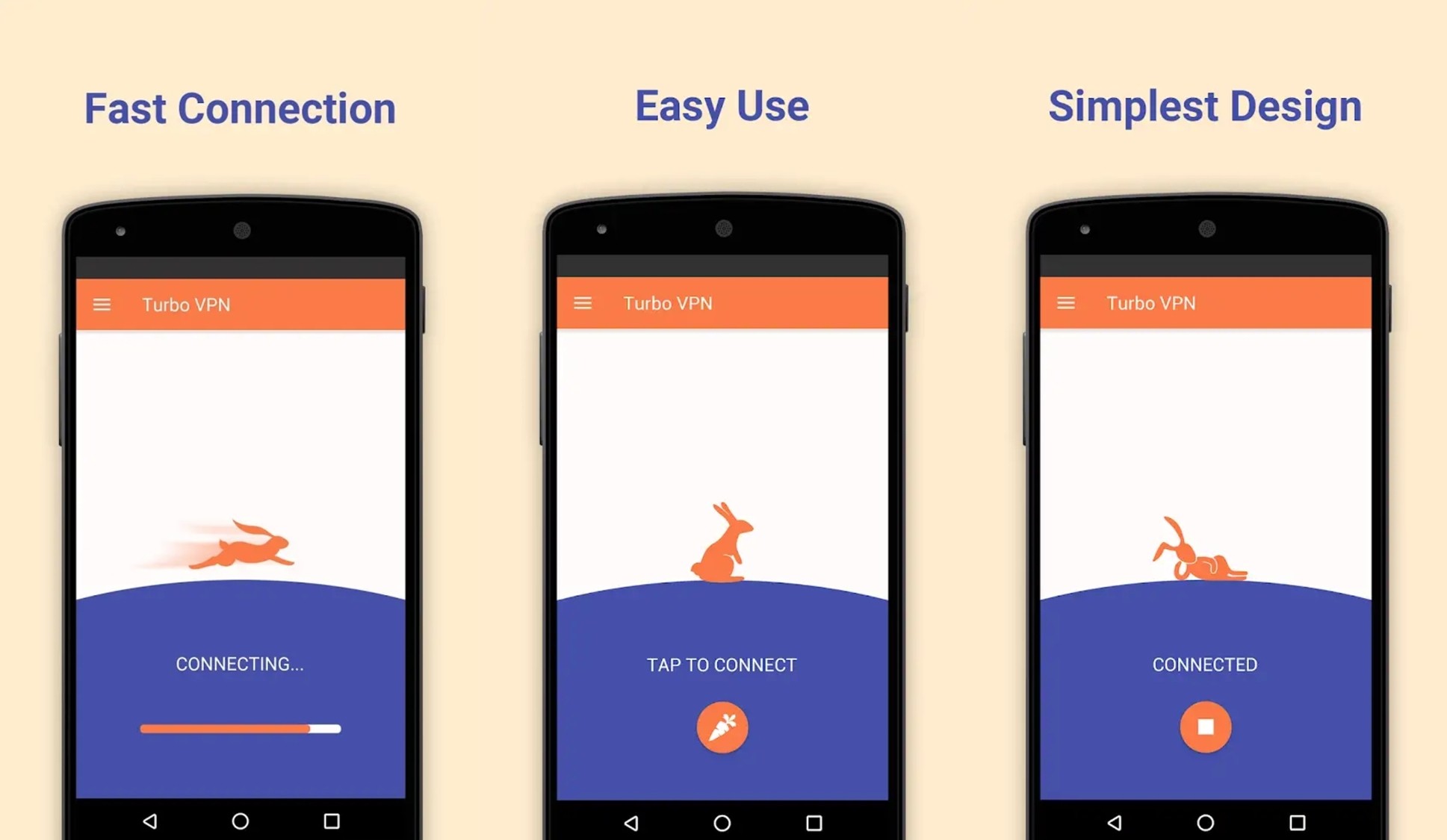 Turbo VPN is possibly the best VPN application available on the Play Store. The app offers unlimited usage even without paying for the premium VIP service which is still cheaper than most other premium VPN subscription applications. The UI for the app is fairly simple as well and easy to navigate about. 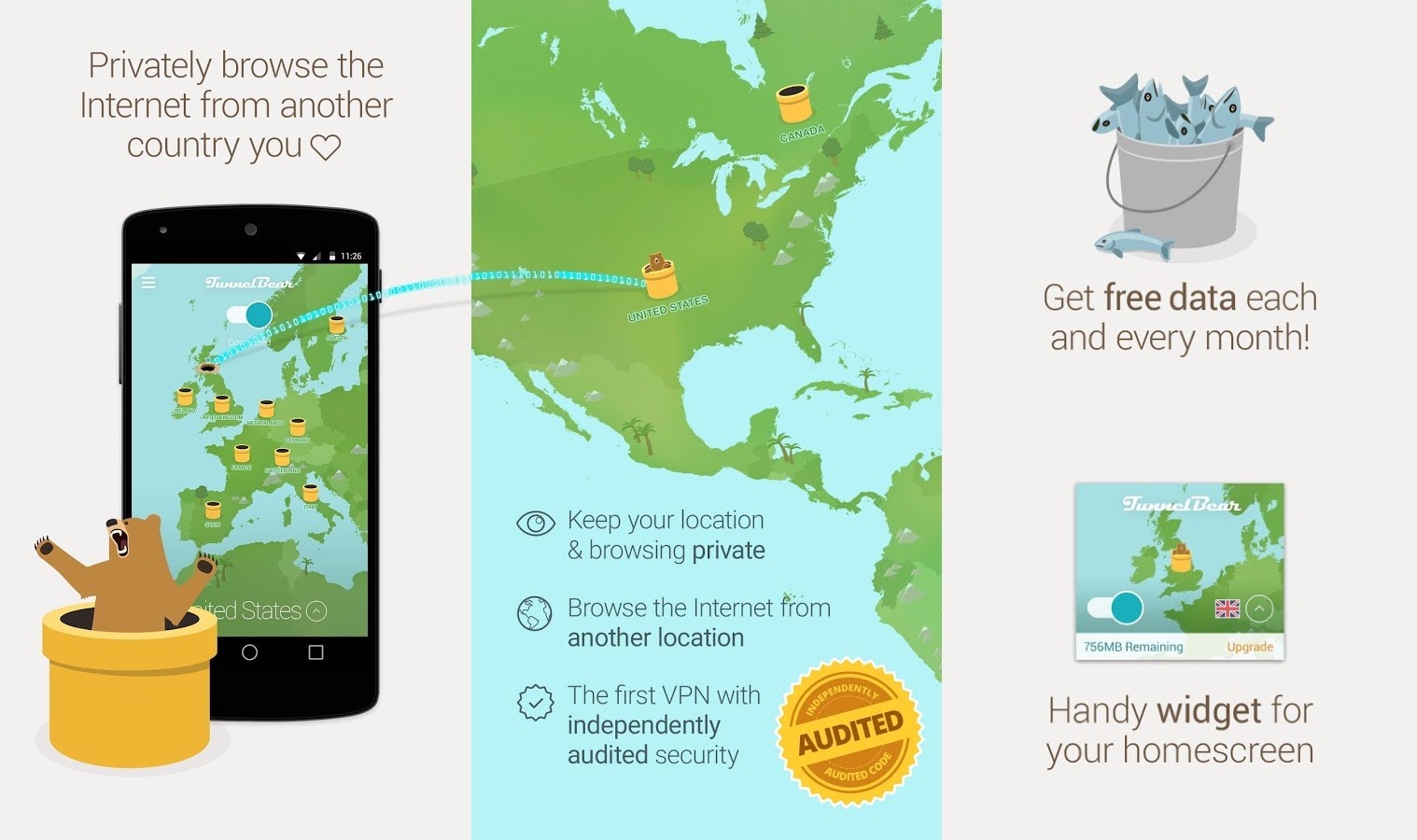 Again, TunnelBear is another VPN service that comes with no logging policy which means more privacy! Also, TunnelBear VPN uses 256-bit encryption by default. So, that’s an added advantage. The app, while packing a fair amount of features, is quite simple and user-friendly. If you are new to VPN, you should consider using TunnelBear to get started. Speaking of which, TunnelBear offers you 500MB of bandwidth for every month with the free version. 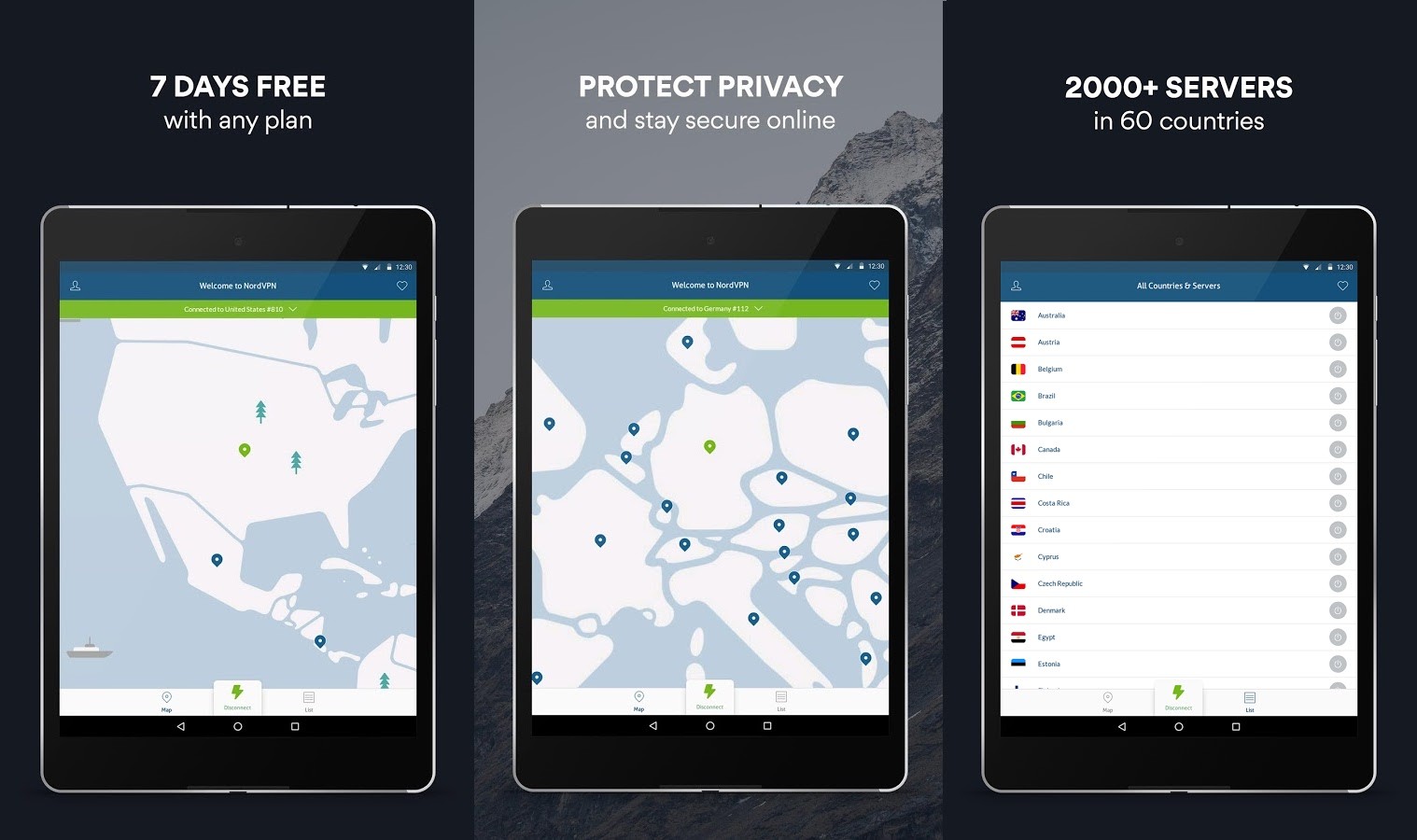 One of the most important aspects to look for while choosing a VPN service is to check their logging policy. And boy, NordVPN got it all covered. The company has a strict no logs policy thereby offering some serious privacy.

“NordVPN never logs what you do and where you go on the Internet. So if anyone asks, the best we can do is shrug our shoulders. And we like it that way,” reads its website.

It provides 2000+ worldwide server locations in over 60 different countries and offers military-grade-encryption as well. You can connect up to 6 devices with a single license which is a welcome feature if you have a bunch of gizmos at your disposal. 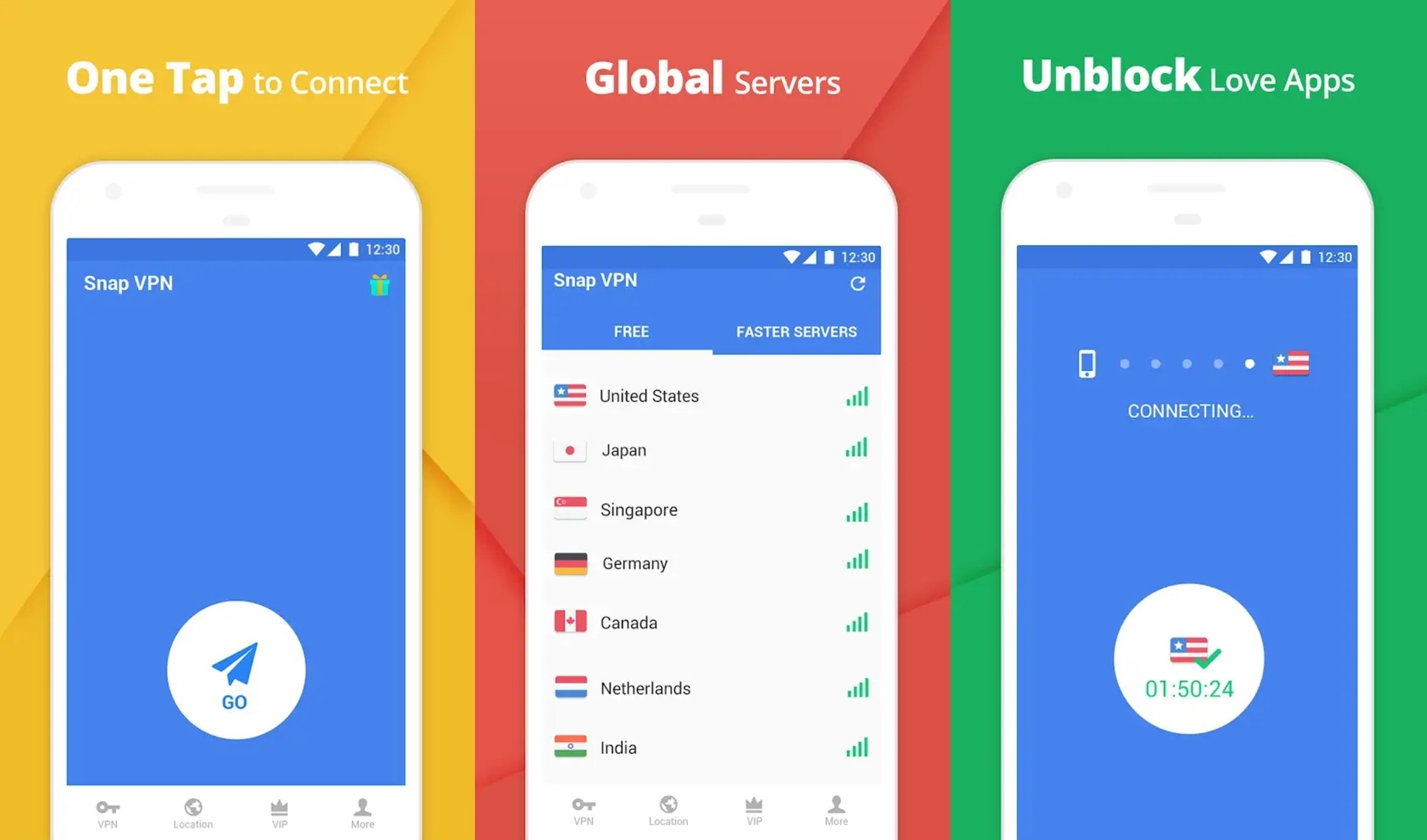 Snap VPN has great reviews on the Google Play Store and is definitely one of the better VPN applications. The application is in some ways similar to Turbo VPN with a few exceptions. Snap VPN too offers absolutely free VPN services with unlimited bandwidth and high-speed connections.

What’s even better is that you don’t have to go through the headache of registering to use the application. Simply install Snap VPN and get started.

If you are a newbie to VPN, you should check out the Yoga VPN which btw is available only as an Android app unlike most of the other services mentioned above. Getting started is relatively simple, just download the app, select the country, and you’re connected! The app requires no logins or sign-ups as such. Yoga VPN promises to never record your online activity alongside offering features such as unlimited time, unlimited speed, and more. On top of all of that, it’s100% free. 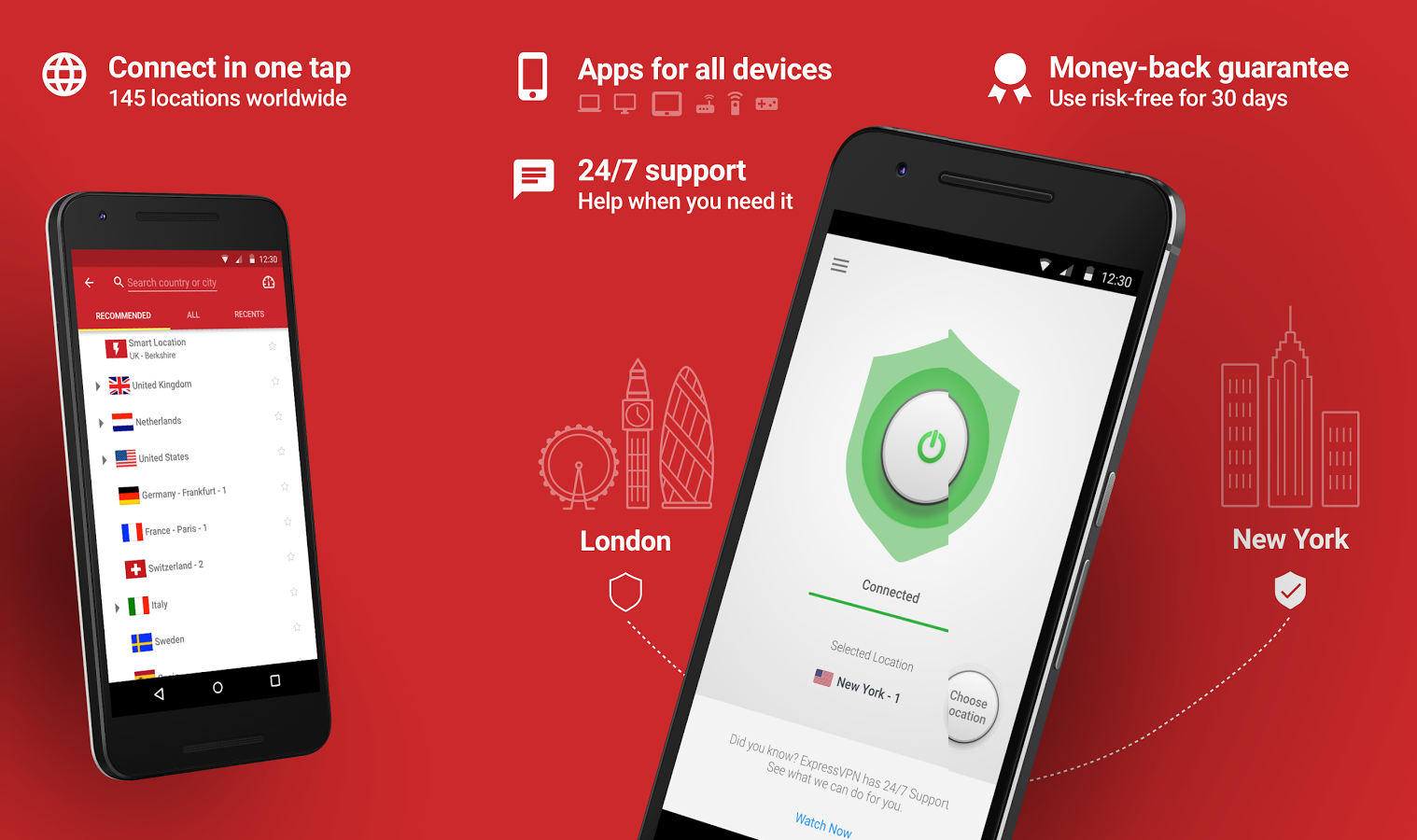 ExpressVPN is one of the well-respected brands when it comes to the VPN industry. It boasts an excellent customer service support and offers all the top-notch features that you’d expect from a sophisticated VPN service including advanced encryption, unlimited bandwidth, and strict no logging policy. Moreover, the company has over 145 connection locations in 94 countries leaving you with plenty of options to choose from. However, ExpressVPN is a bit on the expensive side of the spectrum. That’s the only downside. 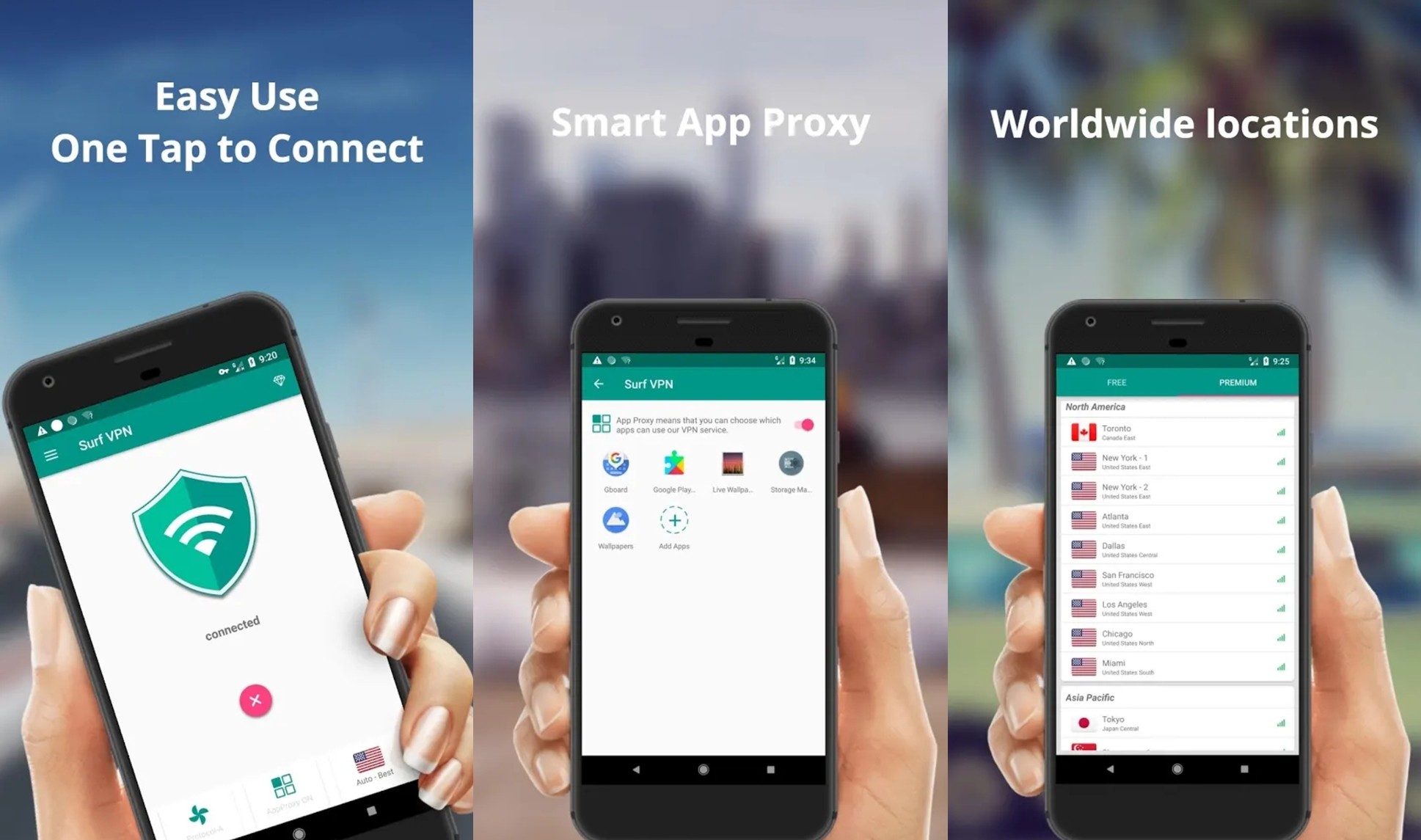 Surf VPN too offers the basics of any VPN application and most importantly the free version does not have any monthly data cap like some other VPN applications on the Play Store. The application also promises to be ‘ultra-secure’ hence, you should not worry much about data theft. Surf VPN offers servers in several different regions all across the globe so you won’t be stuck to a few servers. 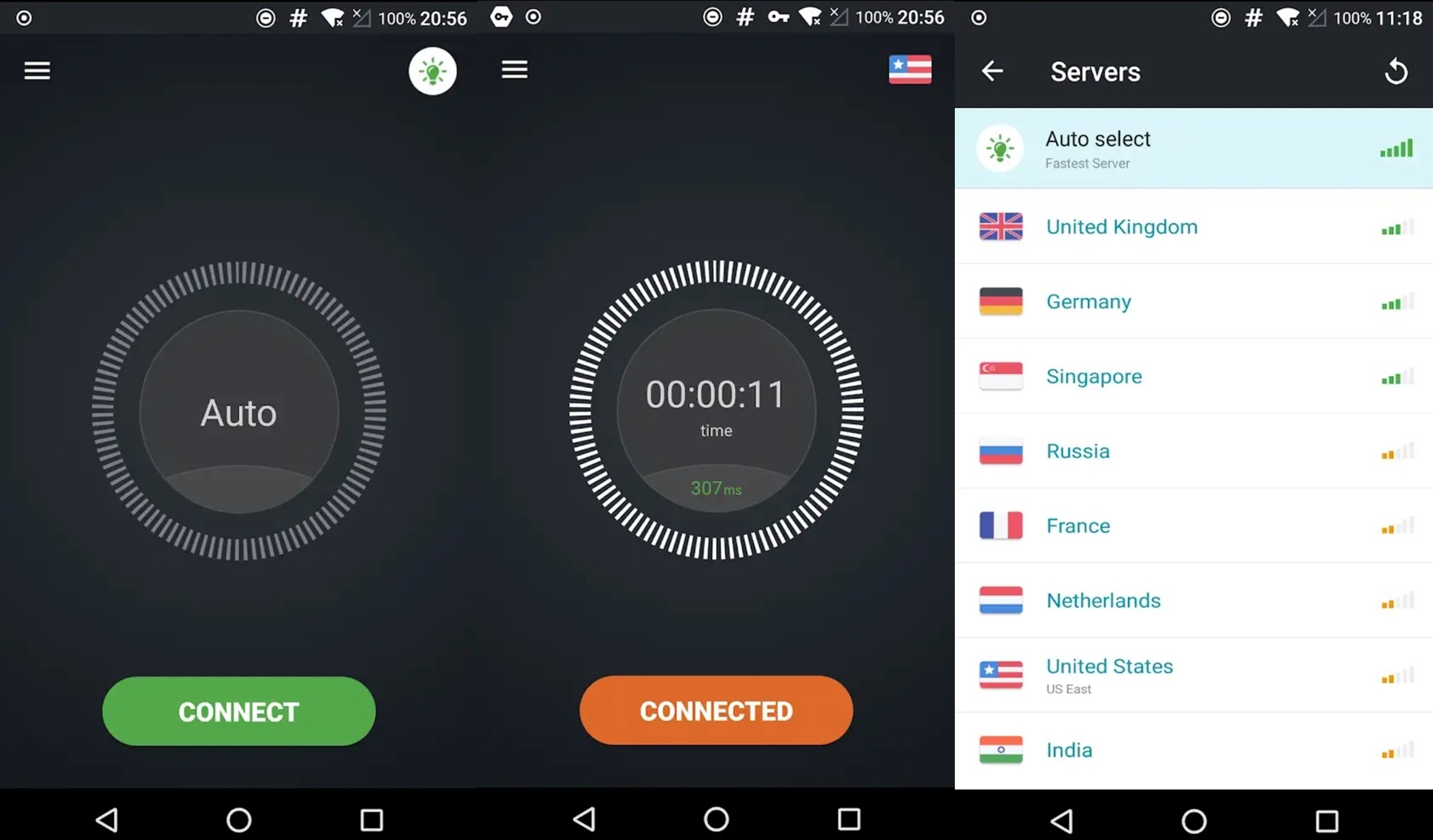 While the features in the application are basic, at least they work well and do what’s expected from a VPN application, which is to let you surf the web in peace and visit any website you want while keeping your information safe as well.

There’s no data usage limit or time limit even when using the free version. 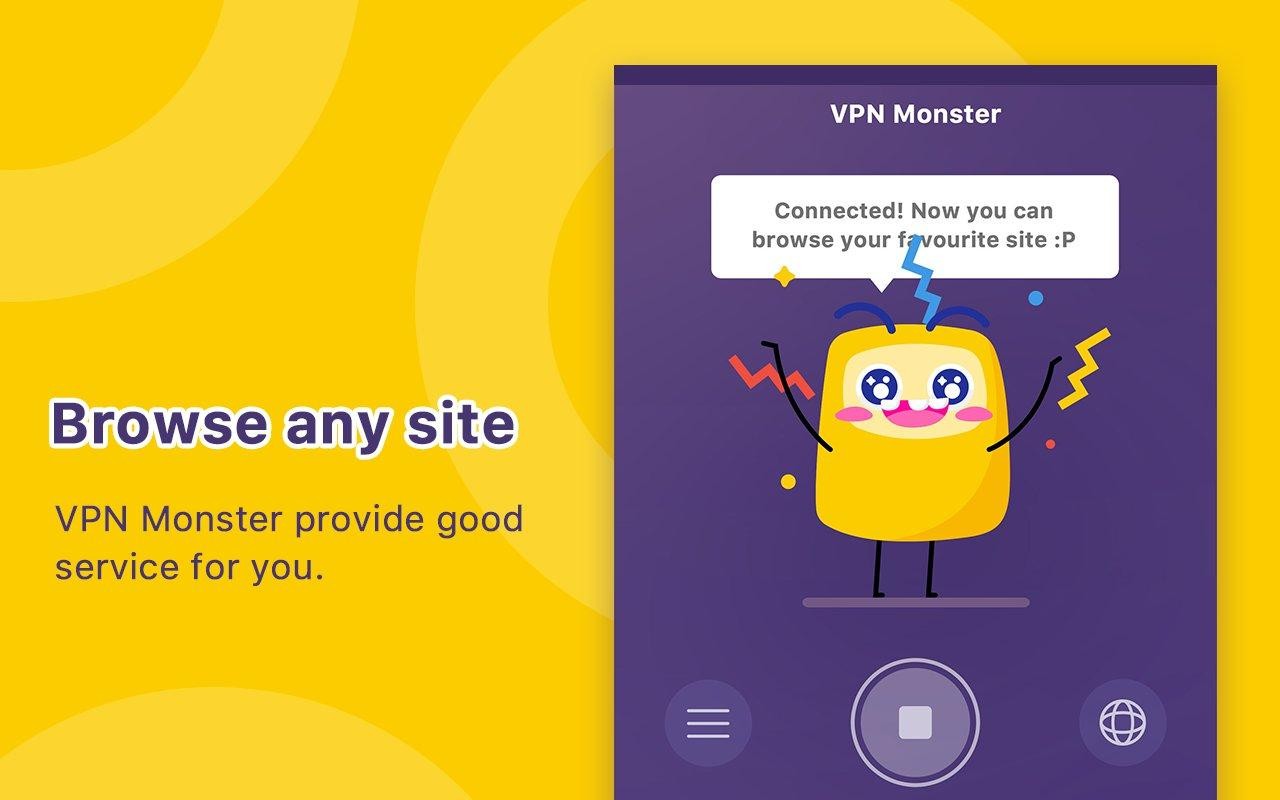 The VPN Monster app works reasonably well over Wi-Fi, 4G, and 3G and offers unlimited bandwidth to its users. The app lets you connect to different servers located in various countries including UK, Holland, Germany, Singapore, Canada, US, India, and more. Setting up the service is also pretty straightforward and wouldn’t take much time connecting to a server either. Ads, at times, can be overbearing but you’ll have to live with it if you are planning to use the free version.

VPN Express is an unlimited free VPN service providing app that claims to remain free forever. You can begin using it even without registering yourself on the platform.  The app is super easy to use for an unlimited time span. Using this app, you can simply unblock any website that is not accessible in your region for any particular reason. The service is quite fast and is developed fairly well with a fair share of nonintrusive ads within the app.

VPN Inf is a great option in terms of free VPN service that offers wifi security with Privacy protection. With this app, you can freely use the VPN service without any configuration. What makes this app a choosable option is its strict no-logging policy, an impressive UI, efficiency in working with Wifi, 3G, 4G and all the major mobile carriers.

Get this app to access the sites that are banned in your region or even visit websites and interact with them without revealing your physical location. Although, the ads may seem annoying to some of us but the app does its job fairly well as commented by a user and the ads cannot be seen as relevant criteria to question the utility of the app.