March 06, 2019: A new EMUI update version 9.0.0.182 is available for Honor 10 users in China for models COL-AL10 and COL-TL10, bringing along a new Android security patch fro February 2019 as well as the usual bug fixes and performance enhancements.

The airborne update might take some time to reach not just all units in China, but also those using the global variant of the Honor 10.

January 15, 2019: If your Honor 10 has model number COL-AL10 or COL-TL10, a new software update is available for your device. The update has software version EMUI 9.0.0.181 and once installed, you get the latest Android security patch, adds support for Bone ID, a feature that lets users of the Mate RS use their voice to unlock the device as well as make payments, adds voice commands to FlyPods Pro headsets, and fixes screen playback issues where it would occasionally turn black during multitasking.

In the new update, you also find AI-based features like AI Smart Scheduling for a superior gaming experience as well as plenty of other bug fixes and performance optimizations.

The update is airborne, which means it will take several days before every Honor 10 unit gets the download notification. This calls for patience, but if that’s not your cup of tea, you may want to try nagging the system update section in the settings menu and you might just get lucky.

Huawei Honor 10 was unveiled at an event in May 2018, marking its global availability and thus a spot on our software update pages. The phone is essentially an affordable Huawei P20 and through software updates, Honor aims to make it even better.

On this page, you will find all that you need to know about the Honor 10 software updates and news regarding the same.

Honor India recently opened the Pie beta program for the Honor 10 to all users, weeks after the update arrived in other regions. The stable version first arrived in China in early November and over a month later, beginning December 18, the update made its way to the global market.

It's time to experience #EMUI 9.0 on your favorite #HUAWEI device. If you own one of these devices, EMUI 9.0 will be with you very soon! Stay tuned.#HigherIntelligence #HUAWEIMate10 #HUAWEIMate10Pro #HUAWEIP20#HUAWEIP20Pro #HonorPlay #HonorView10 #Honor10 pic.twitter.com/UOeFVd8UPU

In India, the stable update started rolling out on January 11, 2019.

Check out: Some of the coolest Android Pie features you should know about

Honor has started rolling out an EMUI 9 update that adds GPU Turbo 2.0 to the Honor 10 in China. The update also adds HiVision, a version of Google Lens that also goes the extra mile of telling the calorie content in your food, as well as the Digital Balance app, which is a version of Digital Wellbeing that launched with the Google Pixel 3 and has since been rolled out to the Nokia 7 Plus.

According to the company, the new version of GPU Turbo 2.0 comes with optimizations for 8 new games, including King of Glory, and further improves system response by more than 25%. 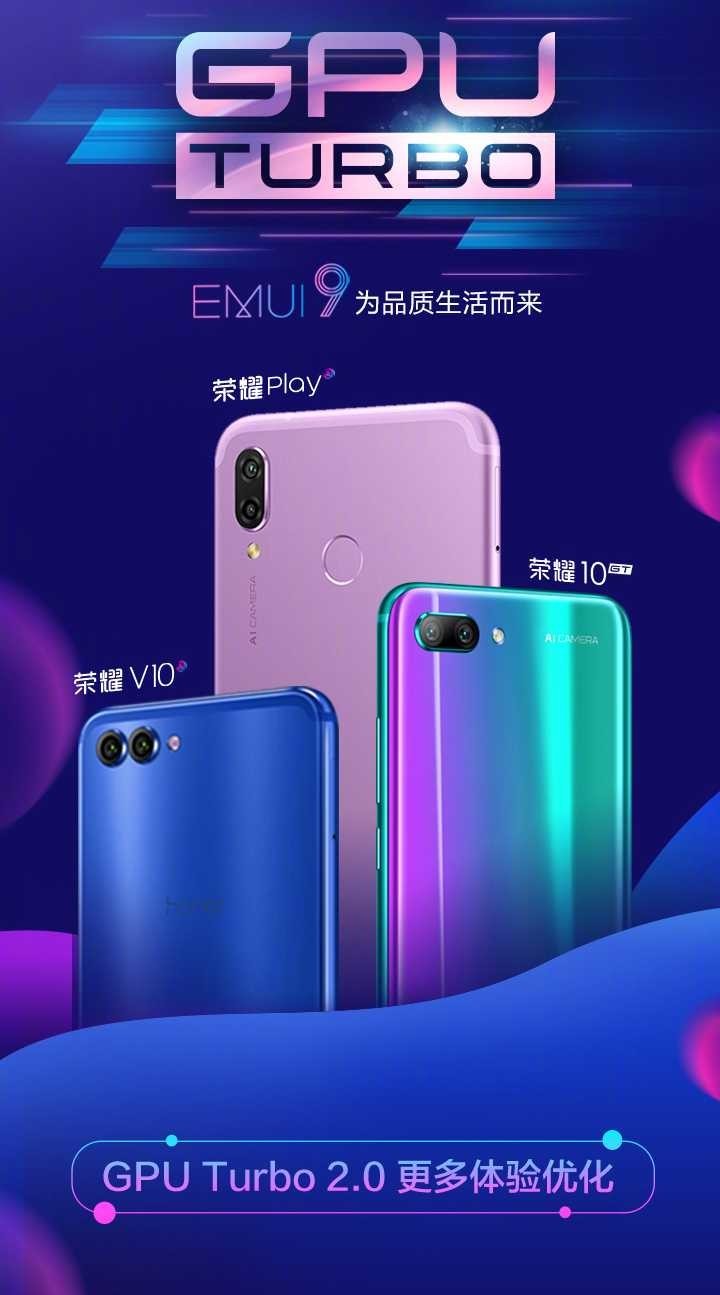 For those with any questions, you can drop them in the comments section below.