A simple premise often goes a really long way and Among Us, an indie game that has become wildly popular over the last few months is an ultimate testament to this thought. This game is ingenious in its simplicity with a hook that keeps players on it for hours and more importantly, gets them to come back for more.

Besides performing tasks (for crewmates) and sabotaging the crew (for imposters), the moment a crewmate is murdered is a point of major interaction and tension in the game. This is when crewmates call for an emergency meeting to discuss and debate who looks sus and whom to vote out. Of course, if you have been playing Among Us, then you are aware that such a thing exists and have participated in them as well.

However, if you want to figure out how to use this function and get a deeper understanding of the semantics surrounding it, we’re here to help. First, let’s understand the function of the emergency button.

Related: Can you play Among Us online?

What is the emergency button in Among Us?

In Among Us, the imposter has an almost unfair advantage in terms of their arsenal such as sabotage moves and vent movements. For crewmates, all the forces are pretty much against them except in terms of numbers (which won’t matter if the imposter uses a lethal enough sabotage at the right moment).

Besides performing tasks, the one other thing that crewmates can do is use the emergency button. You can clearly tell that it’s an emergency button because the button will be surrounded by the word EMERGENCY in all caps.

This button immediately brings all the players in the game together for an emergency meeting which entails a discussion and vote to remove someone that the crewmates consider the imposter. 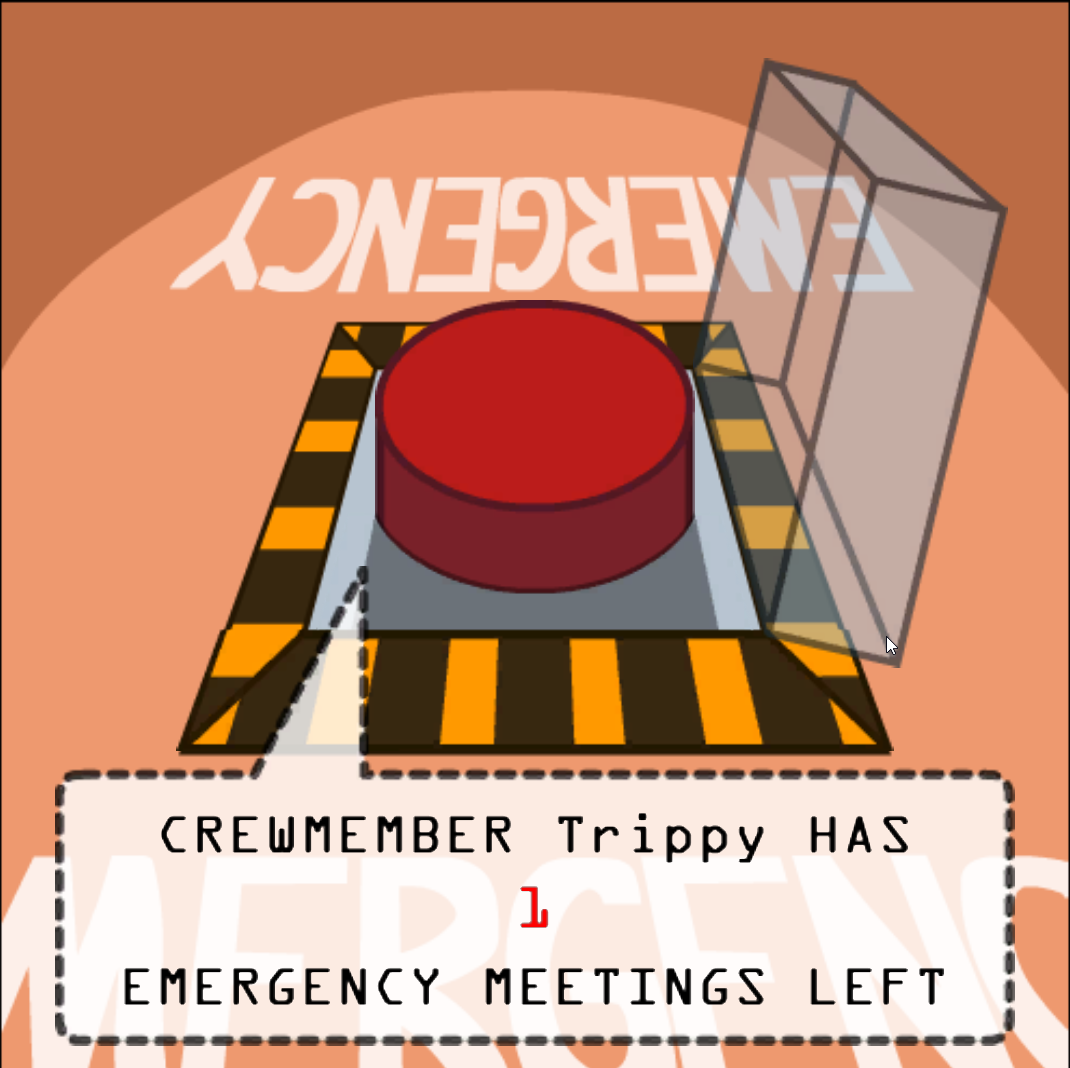 Related: What is Among Us mobile hack (always imposter)

How to call an emergency meeting on Among Us?

Crewmates need to bring all the players together when they suspect an imposter and need to weed out the culprit. You can call an emergency meeting by using the emergency button which is located in different places on each map. Click/tap on Use to use the button and call the other crewmates together.

Here’s where the emergency button is on each of the three maps in Among Us.

Related: Get Among Us Halloween costume

In the ‘The Skeld’ map, go to the cafeteria as highlighted in the image below.

You will find the emergency button in the ‘The Skeld’ maps’ cafeteria as shown below. 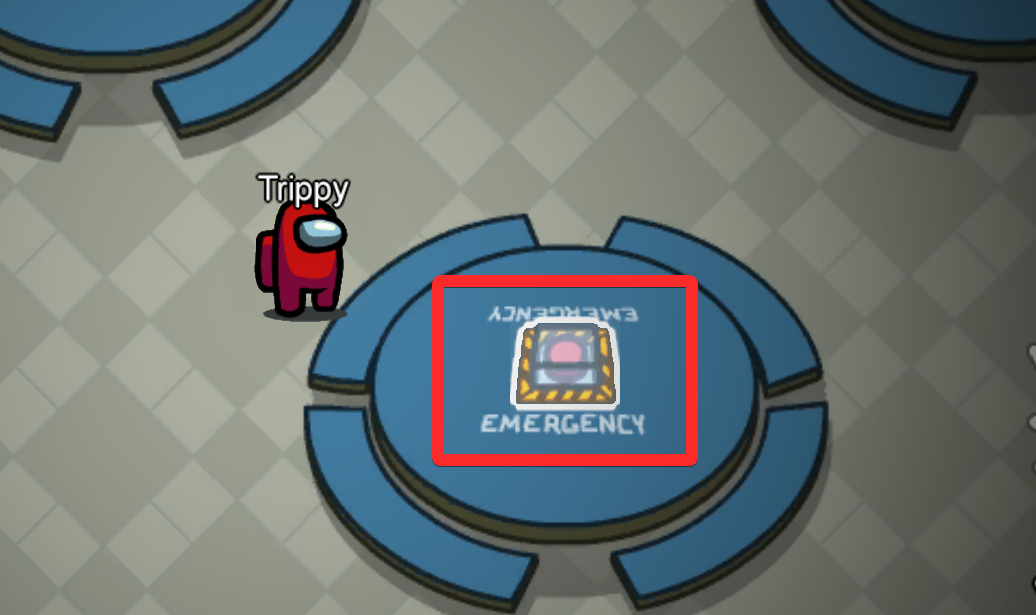 In the ‘Mira HQ’ map too, go to the cafeteria as highlighted in the image below.

You will find the emergency button in the ‘Mira HQ’ map’s cafeteria as shown below. 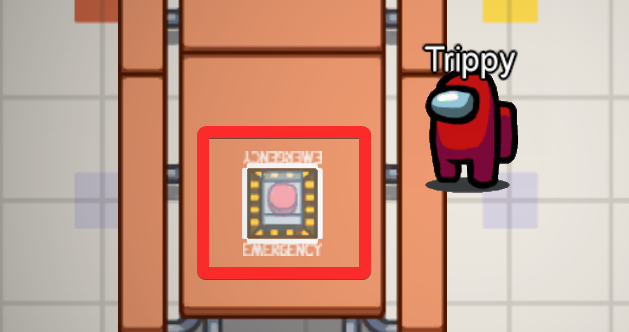 In the ‘Polus’ map, go to the Office as highlighted in the image below.

You will find the emergency button in the ‘Polus’ map’s office cafeteria as shown below.

What happens when an emergency meeting is called?

Either you or another crewmate can call an emergency meeting to bring crewmates together if there is a suspicion regarding an imposter or you’ve caught them in the act.

When you use the emergency button, the game goes on hold temporarily and all players must absolutely assemble together for a discussion and vote without a choice in the matter. This is the only time during the game when players can communicate with each other verbally and textually.

Once the discussion is over, your meeting will go into the voting phase. This is when you have to either pick a player or skip the vote. An emergency meeting ends when the voting is done and either a player is ejected from the ship based on the outcome or no one is due to lack of consensus.

Related: How to Imposter every time in Among Us

How many times can you use the emergency button to call meetings in Among Us?

This is heavily dependent on how the host has customized the game. If you are a crewmate then you won’t be able to decide the number of times that you can use the button to call an emergency meeting.

The host, however, can customize their game to allow crewmates to call meetings between one to nine times by clicking on the plus sign to increase the number. Users who join a random game will usually find themselves with only one chance to call for an emergency meeting.

Related: What is Freeplay in Among Us?

How long does an emergency meeting last?

The duration of an emergency is dependent on the customizations made by the host. Meetings can be set for as little time as 15 seconds and extended to as much as 120 seconds depending on the kind of game the host wishes to set.

Similar to how the number of emergency meetings was set up, you need to click on the plus sign to adjust the meeting time as well.

Related: What Is Venting in Among Us?

Among Us emergency meeting sound

Whenever anyone uses the emergency button, a loud blaring single alarm sound will go off across the game. You can download the sound from the link below.

You can also refer to this video to get an exact idea of what to look forward to.

Related: What Does Self Report Mean in Among Us?

Among Us emergency meeting meme

It was only a matter of time before Emergency Meetings would become a meme and with good reason too. We are seeing tons of variations of this meme and some really funny interpretations to boot.

The reason emergency meetings have become such a big meme is that crewmates tend to find the most absurd reasons to call said meetings. While the purpose of the meeting is to identify and eject imposters, things tend to escalate quickly thanks to a minor misunderstanding about another crewmate’s behavior, paranoia, or absolutely unrelated and random reasons that infuriate everyone else, inadvertently calling for the ejection of the innocent crewmate out of sheer frustration.

Related: Funny Among Us Usernames

Users are taking the Emergency Meeting notification page and turning it into a meme of their choice. Like this crazy Tellytubby one:

We need to talk from memes

Overreaction is also a major theme in some of these memes.

The group chat any time someone hits the emergency meeting button: pic.twitter.com/e88HypkMdF

Here is an example of angry crewmates losing it over an unnecessary Emergency Meeting.

Calling a Emergency Meeting under 3 mins be #AmongUs pic.twitter.com/3Vj1ARCHye

Or this brilliance with an Office reference.

Of course, we cannot ignore the betrayals as this meme testifies quite aptly so.

how Among Us emergency meetings usually go pic.twitter.com/Y8rbC0zgMJ

Needless to say, the scope for memes is truly endless in this absurd, yet addictive game.

Another popular situation in the game is the dead body reported situation. Variations of this particular meme are translating into various methods of throwing shade at others for a wide range of reasons. We’ve found a few to help you get started for your own memes.

Or this one that raps for itself.

And one that we can all relate to as imposters.

Me acting surprised like I didn't kill them: pic.twitter.com/dhvOAOef2E

What has your Among Us experience been like so far? Do let us know in the comments! Take care and stay safe.

Related: How to Play Among Us in Black and White

What Do AFK, Sus and GG Mean in Among Us?