What is AV1 Codec and Why Netflix and YouTube Want It Badly? 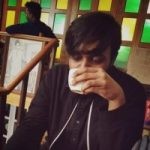 With the streaming services becoming mainstream, both internet companies and end-users are finding themselves in a bit of a pickle. The high definition movies, TV shows, and music require quite a bit of bandwidth to sail from one point to another. For us, the consumers, it’s getting more and more difficult to save data and watch our favorite movies and shows. And for the internet companies, it’s getting tougher and tougher to match the competition and keep their customers happy.

This peculiar and luxurious problem can only be solved from the source — from the houses of YouTube and Netflix, which happen to be the largest streaming sites in the world. The giants have also come up with a solution through AV1 Codec — something that could become the industry standard over the next few years. Today, we’ll take a look at the same and tell you why it’s being touted as the future.

What is the AV1 codec?

The Aomedia Video 1 is a royalty-free, open-source codec that has the potential to make the streaming world more efficient than ever. The parent company of the AV1 codec, Aomedia, has made it abundantly clear that the algorithm they have developed is completely free-to-use, meaning that developers will not have to depend on greedy negotiators to come to terms before building something around AV1.

Related: How to Keep YouTube Playing in the Background on iPhone and iPad

What is the benefit of using AV1?

Currently, popular media uses either H.264 or H.265 codec, with the latter format offering a much smaller workload for the internet providers. Our focus for today, AV1, replicates the quality but gets the job done with 20% more efficiency. So, with AV1 encoding, a “standard” 4K movie would be a lot more accessible than it currently is, consuming a lot less data.

Related: How to Disable Liked Videos From YouTube in ‘Your Likes’ Playlist

Now that you have some knowledge about AV1, you must already realize that this open-source codec is likely to become universal. And if Synaptics’ latest press release is to be believed, that’s exactly what we’re heading towards.

Announcing its VideoSmart VS640 SoC, Synaptics clarified that having native, hardware-enabled AV1 decoding would be “a requirement for future YouTube and Netflix content.” Netflix and YouTube themselves haven’t openly talked about this “new standard” yet but the signs have been around for a while now.

YouTube, too, has been using AV1, but it’s its parent company, Google, that has been making headlines with its popular video calling app, Duo. A few months back, Google introduced AV1 to the world of video calling, claiming to consume fewer data bits and deliver a smoother video calling experience over low-bandwidth connections.

Using the AV1 codec has become a standard procedure in Google’s personal video calling over the last few months, and we’re expecting to see it roll out to more and more Google services, including its game streaming phenomenon: Stadia.

Related: What Is Studio Quality Audio on Netflix for Android and How To Get It?

As you can already see, Google and Netflix seem to be well on their way to make AV1 as mainstream as possible. And while that may ring warning bells to many, rest assured that it won’t make your Android devices obsolete. Software decoding is being implemented freely on all Android devices when needed and hardware-enabled decoding would also roll out in due time.

As discussed in the previous section, Netflix rolled out AV1 to Android devices back in 2020 itself. It’s not available for all titles, of course, but there’s a way to watch Netflix in AV1, whenever possible.

To enable AV1 on Netflix, you’ll need to go to the ‘App Settings’ and set ‘Mobile Data Usage’ to ‘Save Data.’ 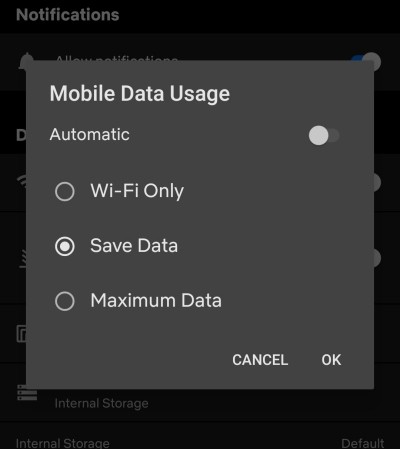 That’s it. After you put your mobile into data saver mode, Netflix will play the supported content in AV1.

Currently, AV1-encoded content is decoded primarily using software wizardry. Specialized hardware, which would make the decoding process a lot smoother, for the same is not readily available, yet. However, SoC manufacturers are already working tirelessly to bring hardware acceleration to mobile devices.

If you have a Samsung Galaxy S21 — the Exynos 2100 variant — your device is already decked up for the future, which would apparently be laden with AV1 content. Additionally, MediaTek’s Dimensity 1000 5G SoC also supports AV1 decoding. Taking inspiration from Samsung,  we expect all leading smartphone manufacturers to get on the hype train sooner than later.

Related: How to Cancel Netflix on iPhone

What about streaming devices?

We’ve already seen how Android smartphones are weathering the AV1 storm through software decoding. However, the situation is a lot direr for streaming devices such as Chromecast, Fire TV, and more.

Since these devices do not have the software and computational muscle of Android smartphones, and they can only rely on specialized hardware to decode AV1 content. As of now, none of the popular devices — including the newly-launched Chromecast with Google TV — supports AV1 decoding. So, if and when the standard goes live, many such devices would stop working, rendering millions of streaming units useless.

The same goes for smart TVs as well. Since the current-gen smart TVs don’t support AV1 decoding, they’ll also need a refresher. Expect the next generation of smart TVs to support the AV1 codec out of the box.

Related: How to Play Netflix in Audio Only Mode Using the ‘Video off’ Option

Is the world ready for the AV1 overhaul?

On paper, AV1 looks like a dream. It’s open-source, delivers 20% better results than the current industry standard, and it is completely royalty-free. However, despite its obvious advantages, we cannot see it become the norm in the near future.

First and foremost, to encode using AV1, you’ll need quite a bit of firepower, and sadly, it’s mainly restricted to software. Since hardware acceleration through graphical processing units isn’t enabled, yet, you’ll need to spend a significant amount of time encoding in AV1 format.

Decoding, too, is a pain for obvious reasons. Again, due to hardware limitations, almost all current-generation streaming services will be rendered useless. So, unless a new generation, with AV1 codec support, is introduced, it won’t make any sense to make AV1 mandatory. 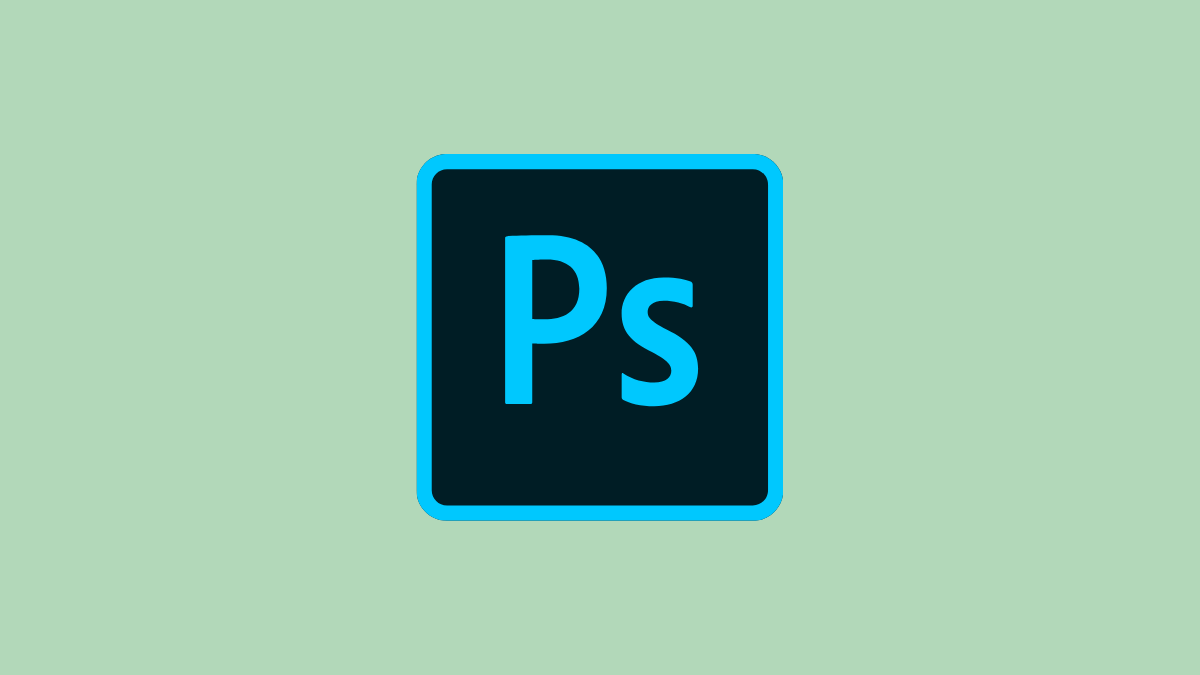 How to Use Clipping Masks Photoshop: A Complete Guide for Artists, Illustrators and Designers 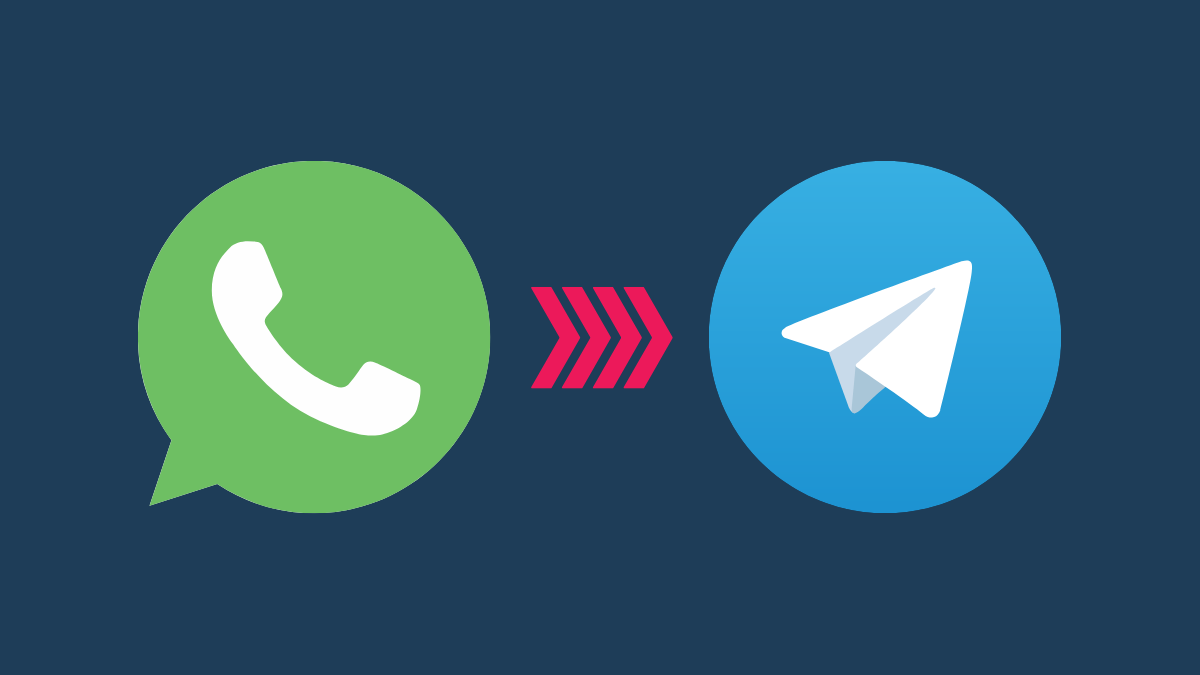 How to Move WhatsApp Chat History to Telegram