Samsung Galaxy Fold: All you need to know, including availability

June 15, 2019: From the look of things, the Galaxy Fold isn’t shipping anytime soon. In fact, fresh reports claim Samsung has denied claims of a July release date, casting the Fold’s release even into further doubt.

At this point, perhaps a release date after the Galaxy Note 10 launch seems plausible, but we’ll have to wait and see what Samsung has in store. It’s worth noting that Samsung, Best Buy, and AT&T have all canceled pre-orders for the Fold with no clear indication of the new release date.

May 25, 2019: Best Buy has canceled all Samsung Galaxy Fold pre-orders. Unlike Samsung, Best Buy customers don’t even get the chance to choose whether to wait for the device when it (eventually) arrives later this year, with the retailer noting that those still interested can visit this page and make a reservation to be notified when the device re-enters the market.

May 09, 2019: Reports coming from Korea suggest the Galaxy Fold could be launched soon. The company’s co-CEO, DJ Koh, has revealed to the Korean Herald that the Fold will get a new release date “today or tomorrow” following a review of “the defect caused from substances” that entered the preview units.

From the look of things, Samsung seems to have found both the issue and solution, so we can expect a launch date in the coming weeks, probably even before the end of May 2019.

April 25, 2019: The Galaxy Fold release is facing some serious delays. After the display issues that forced Samsung to postpone the release date, AT&T seemed to suggest that the device would be availed on June 13, but the carrier now appears to have changed its position on this to, well, no position at all.

As of today, no one knows when or even if the Galaxy Fold will be released. But while this is ongoing, it seems Samsung is still planning on the future of the Galaxy Fold, with reports pointing to two more 8-inch and 13-inch folding devices being lined up for release.

Samsung held a separate Unpacked event ahead of the MWC 2019 and on stage unveiled one of the most interesting devices of this year’s edition of the annual tech show – the Samsung Galaxy Fold.

The phone comes after years of teasers, leaks, and rumors and marks the beginning of a new era in the smartphone industry, where devices are now taking on a new form factor. The Galaxy Fold comes with what Samsung calls Infinity Flex Display that allows the device to bend into two parts. 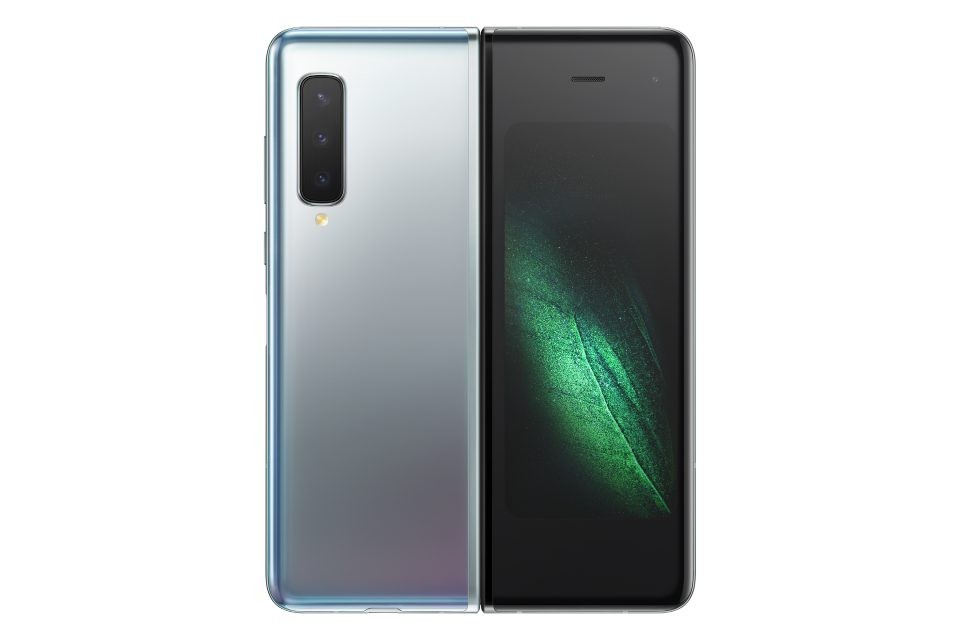 The front, Cover Display has a 4.6-inch HD+ Super AMOLED display screen that Samsung says works in a similar fashion to current Samsung phones. If this display real estate isn’t enough for your needs, opening up the Fold reveals a second Dynamic AMOLED Display panel that stretches all the way to 7.3 inches and boasts a QXGA+ resolution.

When stretched, the Galaxy Fold promises one of the best viewing experience with videos and movies, playing games or even multitasking, with the device supporting up to three apps in the multi-active window.

Apps running on the Cover Display appear on the bigger display in the same state as before once the phone is unfolded and with an update, users will be able to take full advantage of the bigger display, but of course, app developers will have to keep their apps updated, too. 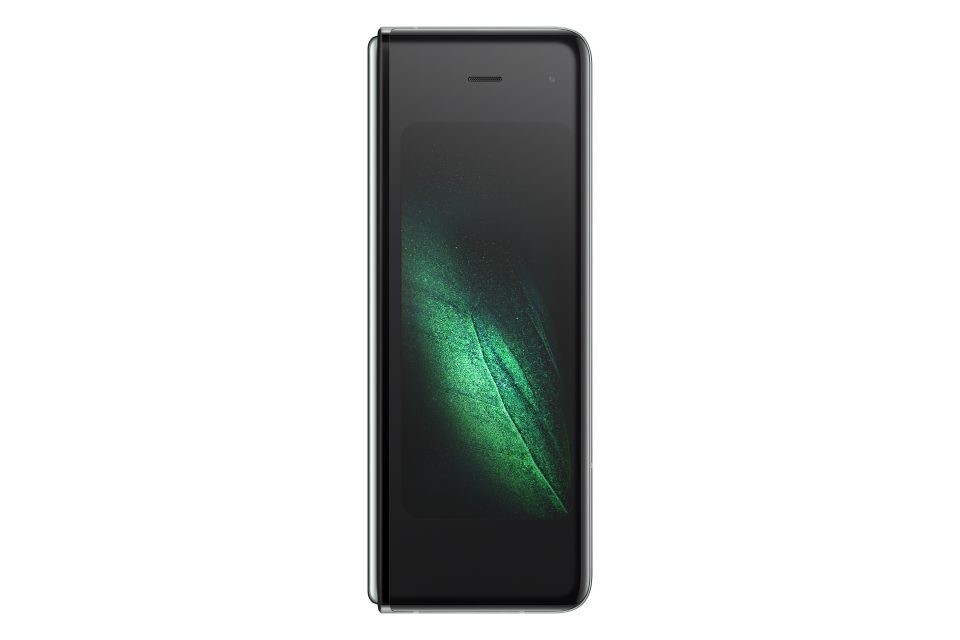 The Galaxy Fold has more to it than just the ability to fold. The smartphone also comes with support for the new 5G network, however, not all regions that will have the Fold will get this variant. Apparently, those in Korea can be sure of getting one of these, but for the most part of the world, including the U.S., a 4G LTE variant will be sold through Samsung partners.

At launch, Samsung did confirm that the Galaxy Fold will see a U.S. launch on April 26, 2019, through AT&T and T-Mobile, while those in Europe will get it on May 3, 2019. In the former market, you’ll have to part with $1,980 while in the latter, a price tag of €2000 has been slapped on the device. So far, things haven’t been rosy in Samsung’s camp and here is why. There is also more coverage on the same here.

As a result, the company has postponed the release date of the device and is expected to reveal new dates in a few weeks, . While this could mean we have a new date, the fact that it doesn’t come from Samsung suggests we shouldn’t be too quick to believe it.

Update: As we suspected, AT&T has removed any mention of a possible shipping date from the Galaxy Fold pre-order page, leaving the ball in Samsung’s court.

Best Buy has also canceled all Samsung Galaxy Fold pre-orders. Unlike Samsung, Best Buy customers don’t even get the chance to choose whether to wait for the device when it (eventually) arrives later this year, with the retailer noting that those still interested can visit this page and make a reservation to be notified when the device re-enters the market. 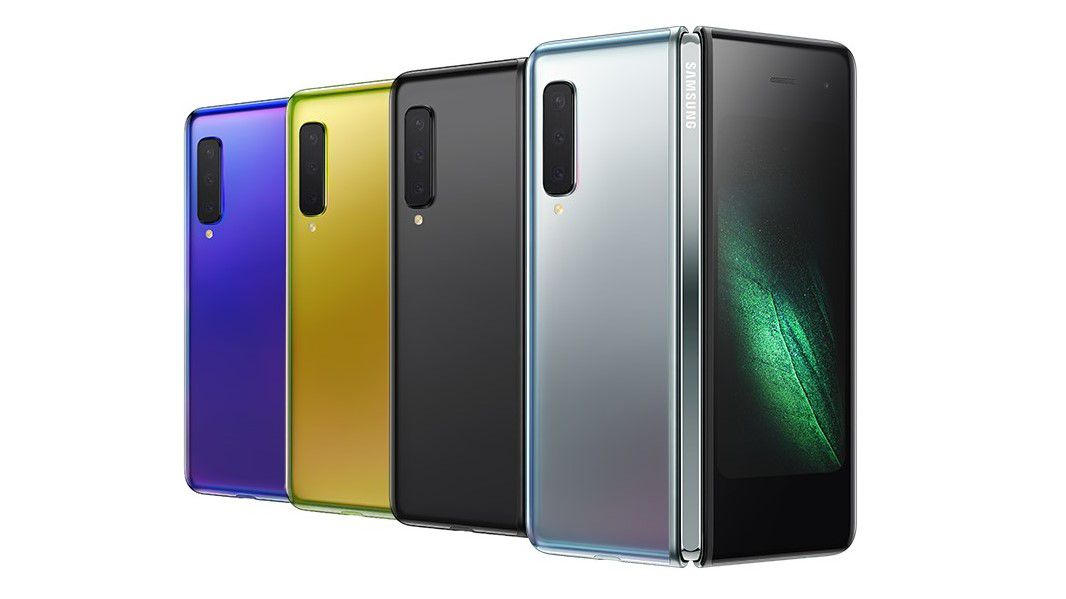 The Fold can be had in four colors of Astro Blue, Cosmos Black, Space Silver, and Martian Green.

While foldable smartphones might not be the answer to the stale innovation in smartphone design, it does represent an important step towards realizing new possibilities in the industry.