Both devices are more than capable in their own right, but when it comes to showcasing the best of OnePlus, it’s the OnePlus 7 Pro that takes the cake. With that being said, the Chinese smartphone manufacturer doesn’t discriminate much between the two devices when it comes to software updates. Both devices have received Android 10 and are set to receive two more upgrades in the future.

In this piece, we’ll take a look at all the latest updates for the OnePlus 7 and 7 Pro, making sure you have all the information you need regarding OnePlus’ 2019 flagships. 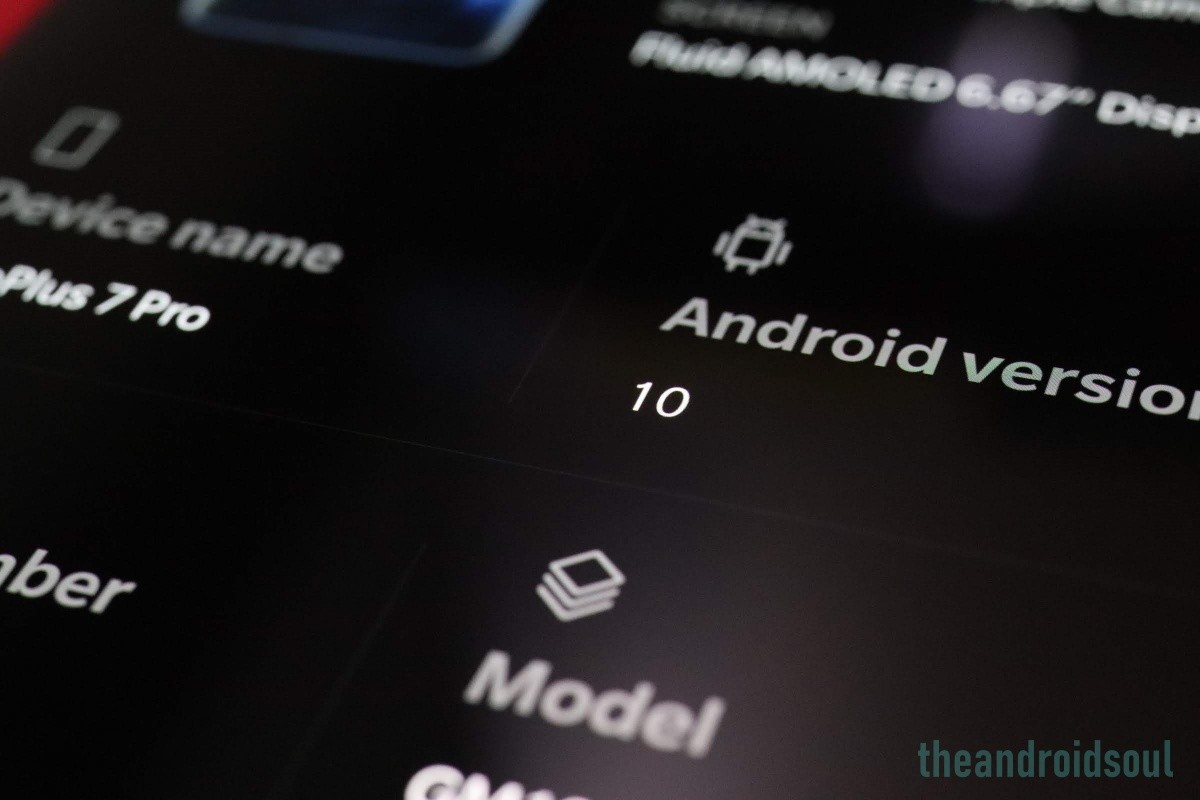 OnePlus 7 devices were the first to get Android 10. The Chinese smartphone manufacturer rolled out Google’s latest offering to the 7-series devices on September 21st.

OnePlus takes great pride in keeping its ROM as vanilla — close to Google’s interpretation — as possible and has kept the tradition alive with Oxygen OS 10. You’ll find all of Android 10’s standout features alongside in OxygenOS 10, alongside OnePlus’ understated goodness. As stated, the update went live for OnePlus 7 and 7 Pro on September 21st.

T-Mobile’s OnePlus 7 Pro has also received the Android 10-based OxygenOS 10 update as promised. The software comes with November 2019 Android security.

How to install an update on OnePlus 7/7 Pro

Step 1: Download the update file from the table above. (Both Open Beta and Stable version updates are okay with this guide.)

Step 3: Open the Settings app on your OnePlus 7/7 Pro.

Step 4: Scroll down and tap on System.

Step 6: Tap on the gear icon in the top right.

Step 8: Tap on the update file you transferred above (If you saved it inside any folder, it will not show up for selection. See step 2 above).

Step 10: You will see the System update is installing dialogue. Let the system install the update.

Step 11: Tap on the REBOOT button to restart the device and finish the update.

The logic behind this “weird” behavior is also quite straightforward. Open Beta releases are little doorways into the future, through which OnePlus shows the features that could make their way into an upcoming stable update. So, just like you simply can’t turn back time, there’s also no way to go back to an older stable build without consequences.

Why am I not getting OTA updates on my OnePlus 7/7 Pro?

When it comes to OTA releases, OnePlus usually prefers incremental rollouts. In layman’s terms, it means that the updates are released to an arbitrary, small portion of the crowd at first before being rolled out to a bigger chunk over the next few days/weeks. Sadly, some users have had no luck getting the updates over the air and are forced to download and flash entire firmware packages every other month.

If you’re tired of repeating the same tiresome steps every other day, you could try your luck at a VPN service. After installing a trusted VPN, change your location to the USA or Germany and look for updates. If that, too, doesn’t do the trick, you might have to seek help from OnePlus.