Update [January 01, 2017]: Now that the OnePlus Nougat update is available for both the OnePlus 3 and OnePlus 3T, eyes are now set on OnePlus 2, which should be receiving the Android 7.0 update towards January’s end. If not, February looks a 100% case for OnePlus 2 Nougat release. When available, we would be providing OnePlus 2 Nougat OTA and Full ROM zip files too, like we have done for OP3 and OP3T: OnePlus 3 Nougat Full ROM | OnePlus 3T Nougat Full ROM. Below is a screenshot from OnePlus 3T running Android Nougat. 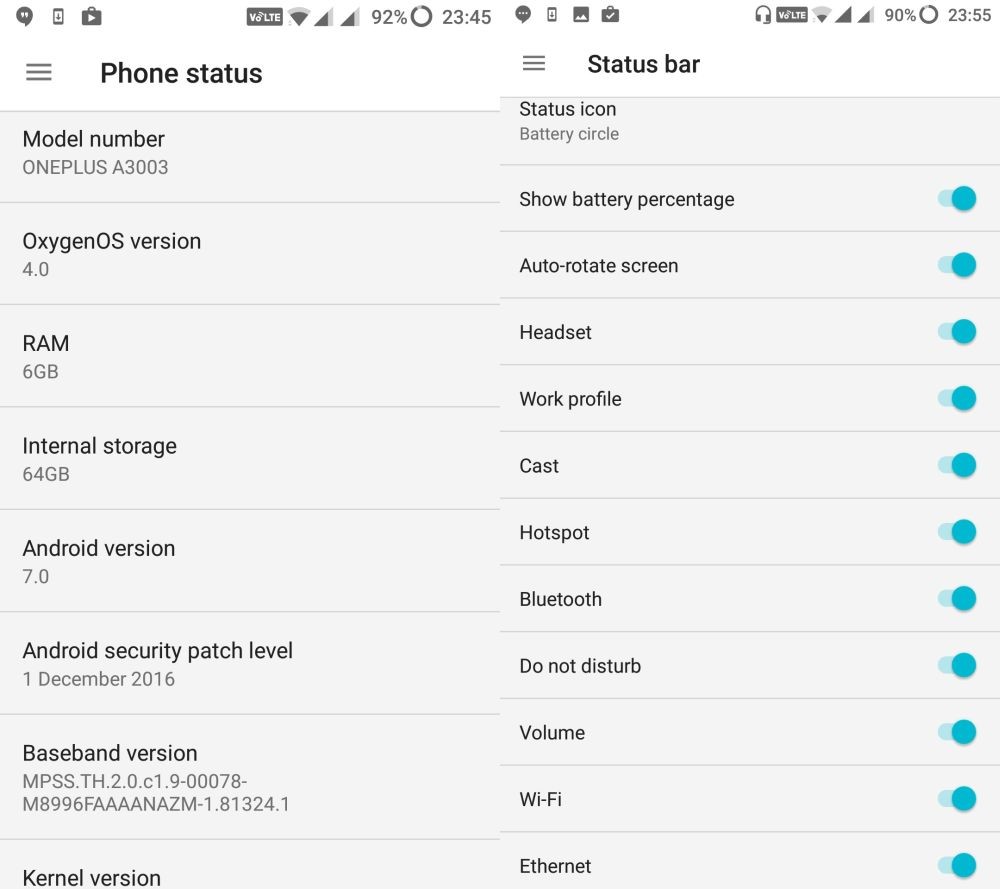 Update [December 22, 2016]: OxygenOS 3.5.5 update was released today for the OnePlus 2, which brings UI changes, app updates, and VoLTE support for the device. The update is already available for download as an OTA (see link before). It’s a pretty big update, and we totally recommend you to install it if you own OnePlus 2.

Update [December 01, 2016]: Even though their current flagship in OnePlus 3T, the OnePlus team showed its support for the great OnePlus 3 and its users today by releasing the beta version of their Nougat update for the OnePlus 3 today. It’s already available for download on the before-mentioned link, and we hope that the OnePlus 2 Android 7.0 Nougat update isn’t too far now, now that the first build based on 7.0 is out by the OnePlus team, who recently merged their teams and knowledge to make updates come faster to all devices. 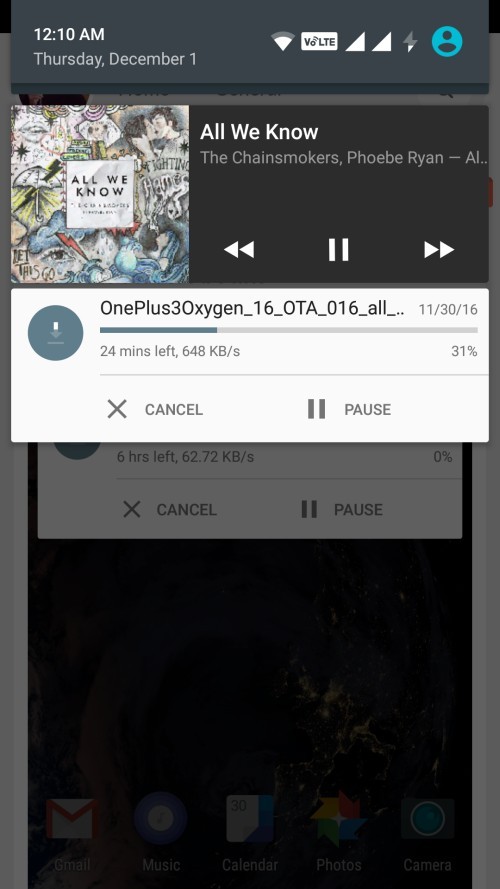 Update [November 11, 2016]: The OnePlus team have confirmed their plans for the OnePlus 3 Nougat, but there i no info available as regards Android 7.0 Nougat treatment for the OnePlus 2 yet. They plan to release the Nougat beta for OnePlus 3 in November 2016, and following it up with stable Nougat release in December 2016. That’s useful news for OP2 users too BTW. Here’ why. The OnePlus 2 Android 7.0 update is next in line, and given the OnePlus 3 release dates, we estimate that OP2 Nougat update will arrive in February 2017.

Update [September 28, 2016]: The OnePlus team as at Reddit AMA yesterday, and they revealed that the OnePlus 2 Android 7.0 Nougat update is being worked upon. Aaron, head of ROM team at OnePlus, said there was indeed a meeting he had in that regard only earlier in the day. But they remained shy of mentioning a release date, which is fine — they even didn’t quote a date for OnePlus 3 Nougat release.

Apart from that, the OnePlus team also clarified that the OnePlus Gallery and Music apps will be making ti OnePlus 2 too, with the community build 3.5 for the OP2. We expect the beta 3.5 update to arrive for OnePlus 2 shortly now.

Update [September 8, 2016]: A new update is headed towards OnePlus 2 users all over the world  identified as software version OxygenOS 3.1.0. Although not Nougat, it’s based on Android 6.0.1 of course, it’s a build no. that we have seen hitting OnePlus 3 too, although both are different in changelog and fix issues that the respective devices need fixing of.

The OnePlus 2 remains on Marshmallow, as said above, but if you were hoping for Android 7.0 update already, well, wait for some time. Not among the quickest of OEMs to launch big Android OS version update as soon as possible, the OnePlus team would take its time before coming up with Nougat update.

We’re yet to get our hands on the OTA and Full ROM, so kindly wait until we get you link to them. We’re as impatient as you are, believe me!

When Android 7.0 Nougat could release for OnePlus 2

This would take time. If you want an expected release date, then look for January 2017 at the very least, and most probably it would be February.

The OnePlus software division would be busy delivering the 7.0 update on OnePlus 3 first, and then some months later on OnePlus 2. We expect the OnePlus 3 Nougat update release to be around December 2016.

Why the delay with Nougat update?

Well, OnePlus is not your biggest of OEMs, first of all. When even the likes of Samsung, LG, Sony, etc. take the time they take — which is huge, we don’t expect the Note 7 Nougat update to hit around before November 2016 — you can’t really blame OnePlus team if they are able to match these big Android OEMs, even when taking more time than the likes of quickest of OEMs in Motorola.

Second, even though their OS, the OxygenOS, doesn’t require a lot of custom skin optimization because there is none such skin in use therein — it uses Android’s stock UI for the most part — but it would take extra time for them to optimize their own set of features to Nougat, which they have those in lots.

Once the Android Nougat is out for OnePlus 3, the users of OnePlus 2 can hole for their own release in next two months. So, yes, a lot depends on when the first OnePlus Nougat update is out, which will be for OnePlus 3.