Update [April 20, 2017]: Motorola is now distributing a new update to the Moto Z Play in India. The update arrives as version NPN25.137.24.1, and brings with it system optimizations and minor performance tweaks too. In addition to various bug fixes, the notification tone volume has also been improved.

Update [April 06, 2017]: Verizon is now rolling out the March security update to the Moto Z Play Droid edition. The OTA update comes in as software version NDNS25.137-24-1-4. In addition to installing the security patch, the update also fixes bugs and brings along performance and system stability improvements. 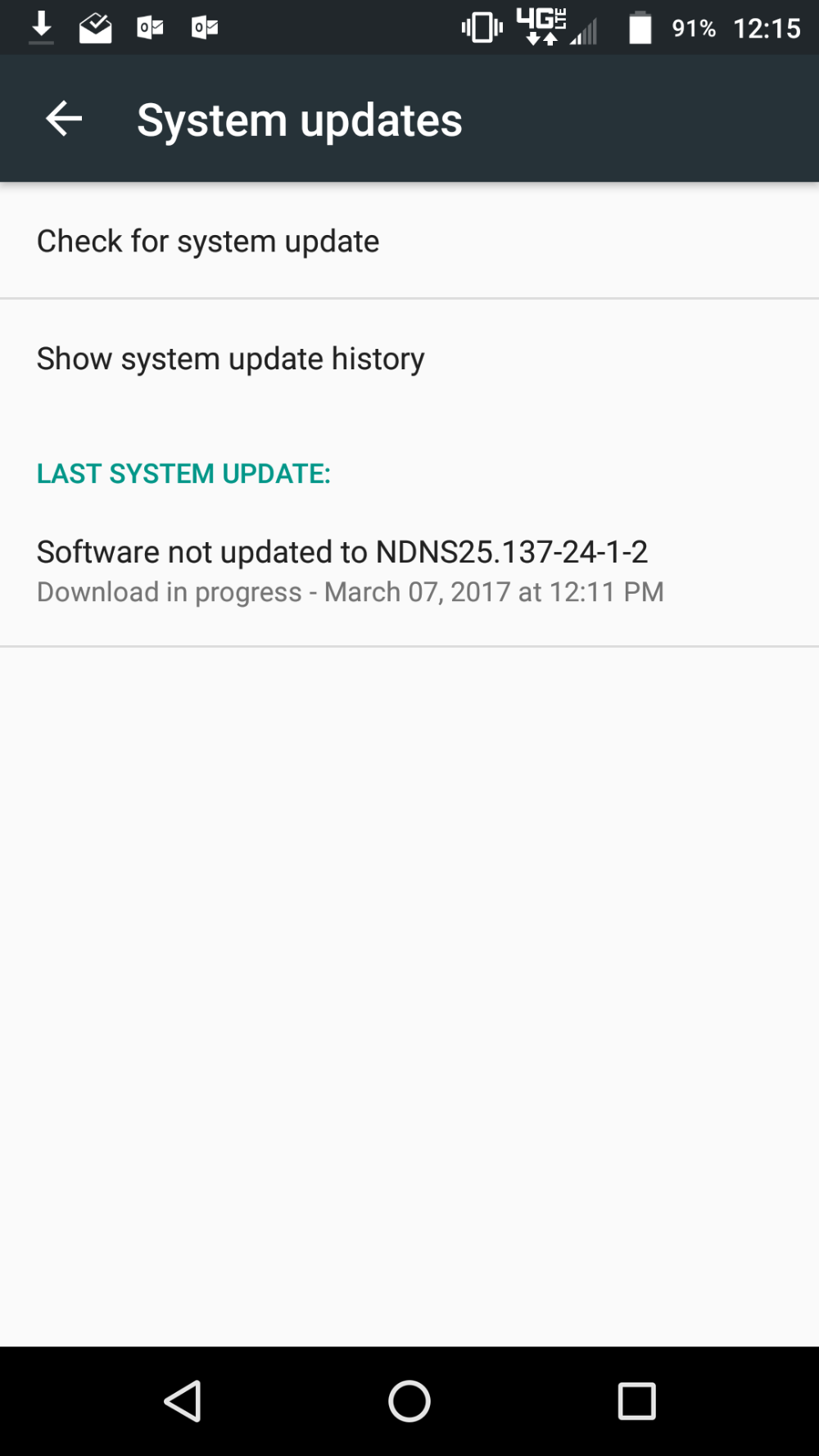 Update [February 07, 2017]: The Moto Z Play update has been released in India too, as we just received a tip from one of our readers who sent the screenshot too, that is provided below. As can be seen, the Android 7.0 build remains same as that for Europe, at NPN25.137-15-2, but if live in India, be sure to check for an OTA update now. 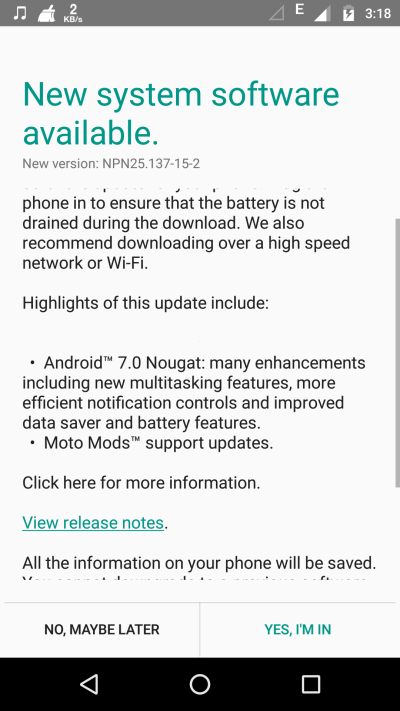 Update [January 27, 2017]: While the Z Play users Europe are seeing an update to Android 7.0 Nougat update (see below), our friends at Verizon USA, are still having to make do with Marshmallow update. Another Android 6.0.1 build released to today for Verizon Moto Z Play Droid edition, coming in as software version MCOS24.104-35-1-19, that apart from fixing general bugs and bringing performance improvements, also fixes the low notification volume issue with the device.

Update [January 26, 2017]: It seems Motorola has begun pushing the Android 7.0 Nougat update for its Moto Z Play units in Portugal, as the screenshot below shows. The build no. is NPN25.137-15-2, and is said to be a stable one, not part of the soak test. The update is also live in Spain. 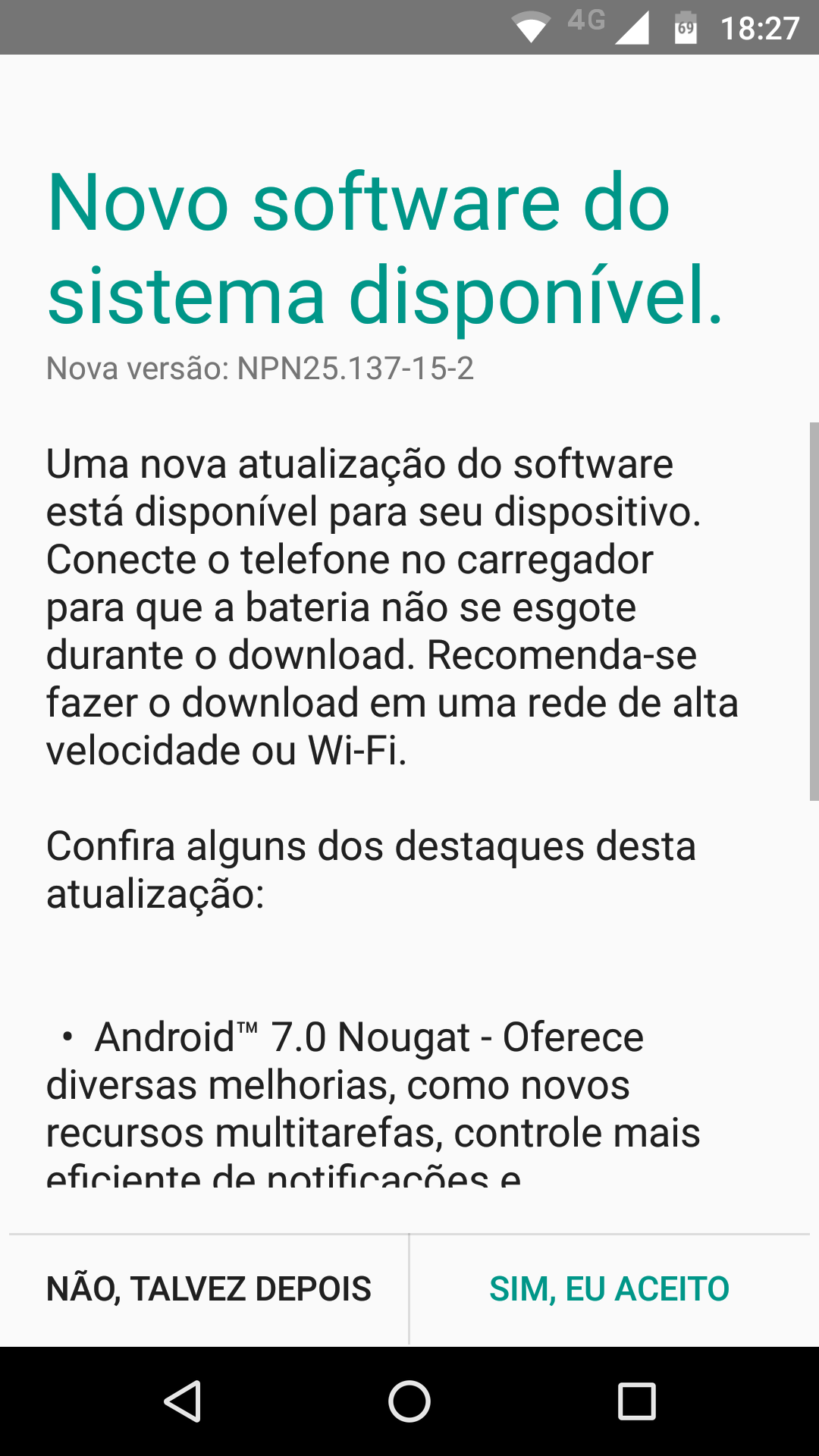 Update [January 26, 2017]: Motorola has begun rolling out the beta version of its Moto Z Play Nougat update in China today. This is limited to selected users who applied for Soak test, but we expect the stable release for public to arrive sometime between mid-February to February-end. 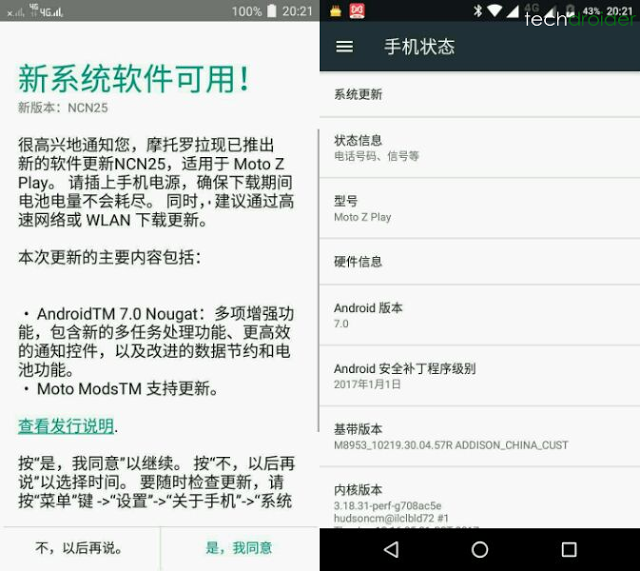 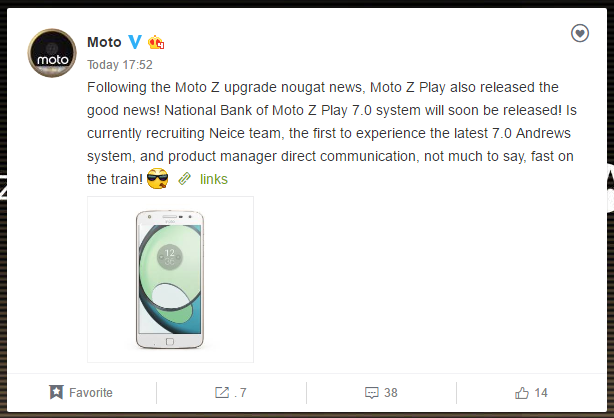 Update [January 13, 2017]: Motorola Z Play will be getting Android 7.0 Nougat update by the end of this month, as per Motorola’s Deutschland twitter account. 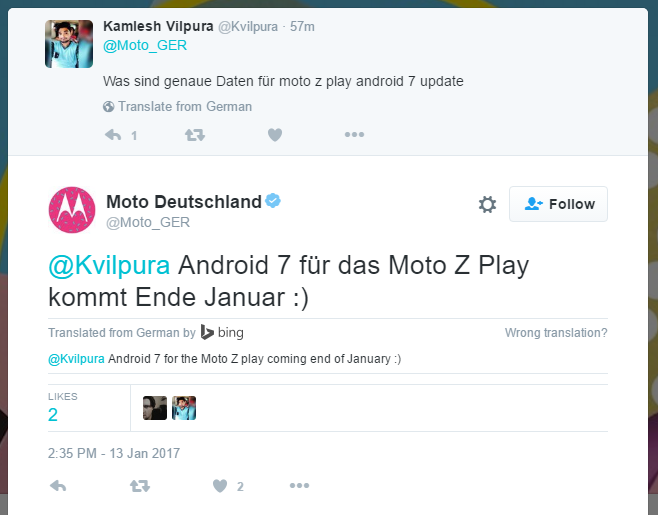 Update [December 15, 2016]: We just spotted the Moto Z Play clear the WiFi Authority with Android 7.0 software version installed. That signals that the update has been OK-ed by the authority, and its release date is very well near us. 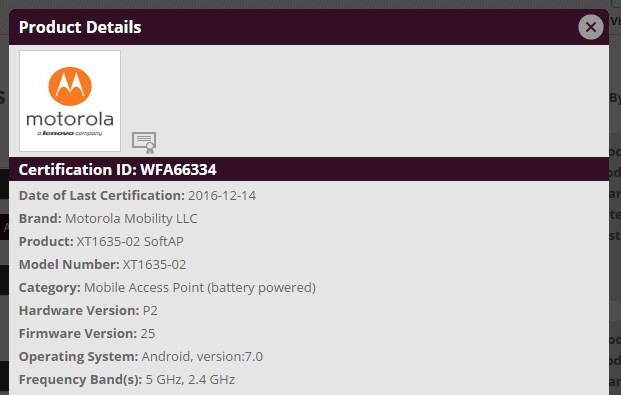 Update [November 07, 2016]: A new update is released today by Verizon, upping the software version on the device to MCOS24.104-35-1-9. It’s a small update, and all it aims to do is install the latest monthly security patch on your Moto Z Play.

Much furor was created when it was discovered that Motorola won’t be updating its newly launched Moto Z devices, including the Moto Z Play, on a monthly basis as regards security patches — this is not about Nougat update — so released by Google. Though, Motorola later clarified that it would bring monthly updates, but not at monthly intervals, and today, we see one such update come to Z Play Droid Edition, at Verizon, in the form of software version MCOS24.104-35-1-2.

As per changelog, it only says that the update packs in ‘most up to date Android security patch’. Now that would mean September patch, this month’s that is, but we won’t be surprised much if it turns out to be August or July patch.

Now, you may already be wondering when the device would receive the Android 7.0 Nougat update. Well, that shouldn’t take too much time given the company’s faster update track record. But ever since Lenovo galloped Motorola, the faster updates have dried a bit too.

Let’s read it all in some more details below.

Motorola doesn’t installs any custom skin on its Android devices, which is most cool thing about the company that we are in love with. That’s unlike Samsung, LG, Huawei, etc. who loads tons of their own UI atop pure Android, which not only makes device slower, but also results in longer update time period.

Motorola doesn’t have to take care of a custom UI when readying the update — Nougat in this case — so it has been able to deliver updates in a timely manner for long time now. That’s why we expect quicker updates from Motorola, and once Moto Z and Moto Z Force have got Nougat, it should be the turn of Moto Z Play, including Moto Z Play Droid Edition.

We expect the Moto Z and Z Force to receive the update by October 2016, so the Z Play should be receiving the update in November or December 2016.

As for the Moto Z Play Droid Edition, because of extra testing at the carrier, add month to release of Nougat update on global variant.

The Android Nougat update is full of new and exciting features that make it a lovely thing to have. The notifications system has been revived, and now bundles notifications from an app for cleaner and much easier UI.

You also get multi-window mode, direct reply, data saver and refreshed out and Doze mode. Gaming is improved on Android Nougat because of use of Vulkan UI, and you can adjust quick settings tiles too for easier use.

We’re still surprised that no CyanogenMod ROM has made it too Moto Z devices yet, not CM14, but not even CM13. But we do expect the CM14 to come to Moto Z Play later on.