Update [January 09, 2017]: Huawei P9 users Germany and France are also receiving the Android 7.0 Nougat update on their devices, it has been confirmed. This is stable Nougat release, and not the beta builds that we have been covering for long. We’ve even got the firmware, using which users who haven’t received the 7.0 OTA yet but don’t want to wait for it, can upgrade pretty easily. The Huawei P9 Nougat software version here is B360, with full build no. being EVA-L09C432B360. 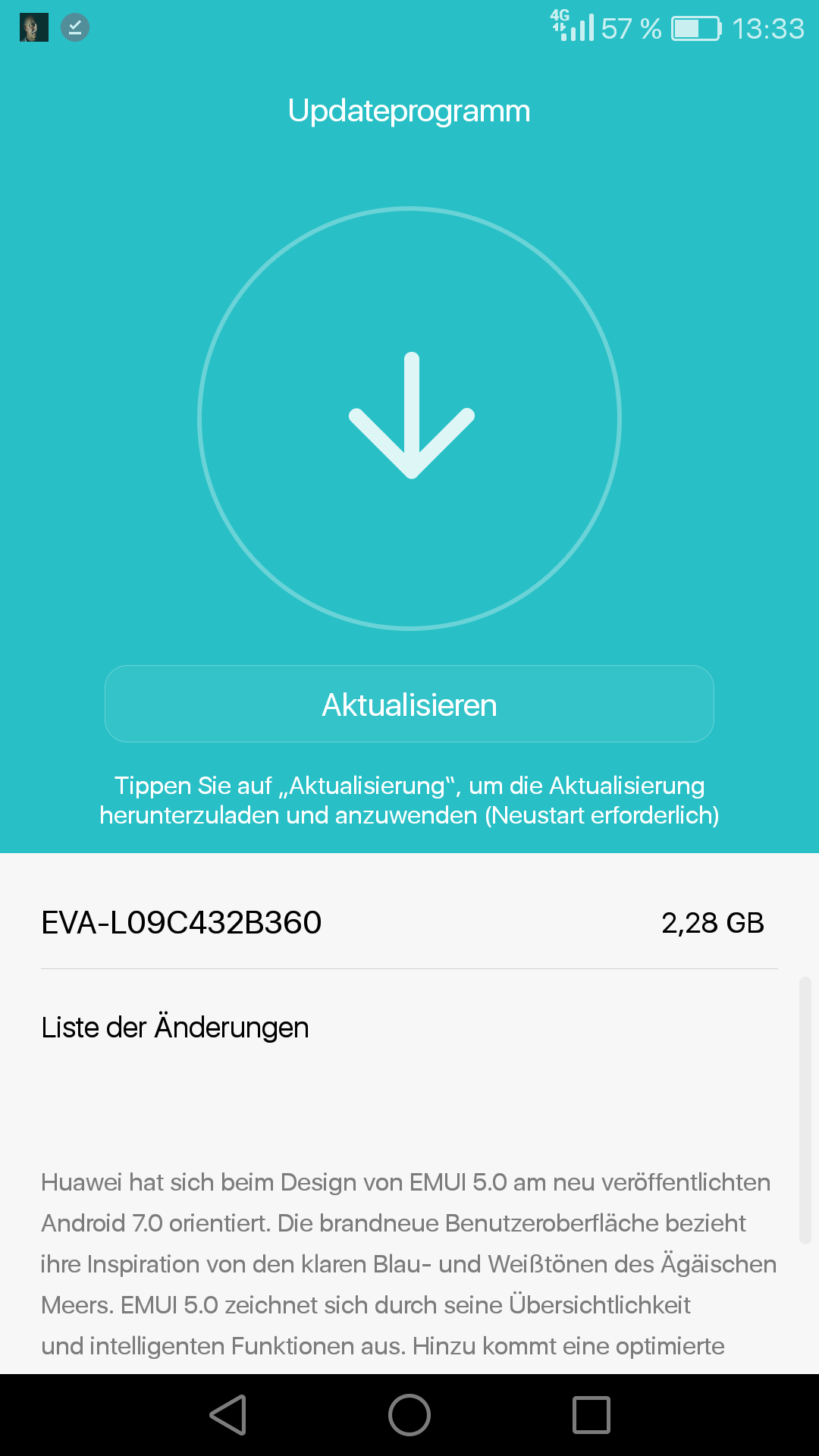 Huawei P9 was one of the first device to see the Android 7.0 Nougat update leak, which raised hopes that this year, the rollout will be way quicker — only that it didn’t. Anyway, it’s good news for Huawei P9 users as a new Nougat beta update firmware is available for download for their device today, as version EVA-L09C432B322.

Compatibility: This firmwares are only for Huawei P9 model no. EVA-L09 and EVA-L19 exactly,  respectively, so don’t try this on any other variant of Huawei P9 whole model no. might be different.

The software version of the Nougat beta firmware is C432B322, and it also brings the EMUI 5.0 custom skin of the company atop 7.0 code, something which we also saw with Honor 8 Nougat release.

BTW, this is third Nougat firmware leak in last two days after LG G5 Nougat update and Galaxy S7 and S7 edge Nougat update. We hope Asus Nougat update comes out soon too, and same for HTC, while Sony already has some really happy X Performance and Xperia X users, who are already rocking Nougat update as beta.

Download the leaked Nougat beta firmware from the below, for the Huawei P9 with model no. EVA-L09 and EVA-L19.

For stable Huawei P9 Nougat update, Build B360, download the above two files and save them to here → Internal Storage > HwOUC > 71496. Create the folders if need be. This is where your device stores update files. Once you out the files there, it should automatically detect them.

Nougat night mode coming back to Nexus devices running Android 7.1.1 via an update!