How to get Digital Wellbeing on your Android Phone

Google introduced Digital Wellbeing last year as a step to prevent users from overusing their smartphones or at least providing users with the statistics of how much time they spend on their devices.

Overdoing anything is often bad for health and being glued to the smartphone all day long has its own negatives as well. If you often find yourself using your smartphone way too much, then Digital Wellbeing might help you understand your habits and control your smartphone use throughout the day.

However, Digital Wellbeing didn’t come along with the Android Pie update for most phones and is still currently available on only a few devices such as the Google Pixel devices, a couple of Nokia devices, and the Galaxy S10. The Moto G7 devices are about to get Digital Wellbeing soon too.

Nonetheless, if you too want to keep an eye on your Android smartphone usage, then you could download and install Digital Wellbeing manually on your Android device running on Android Pie. 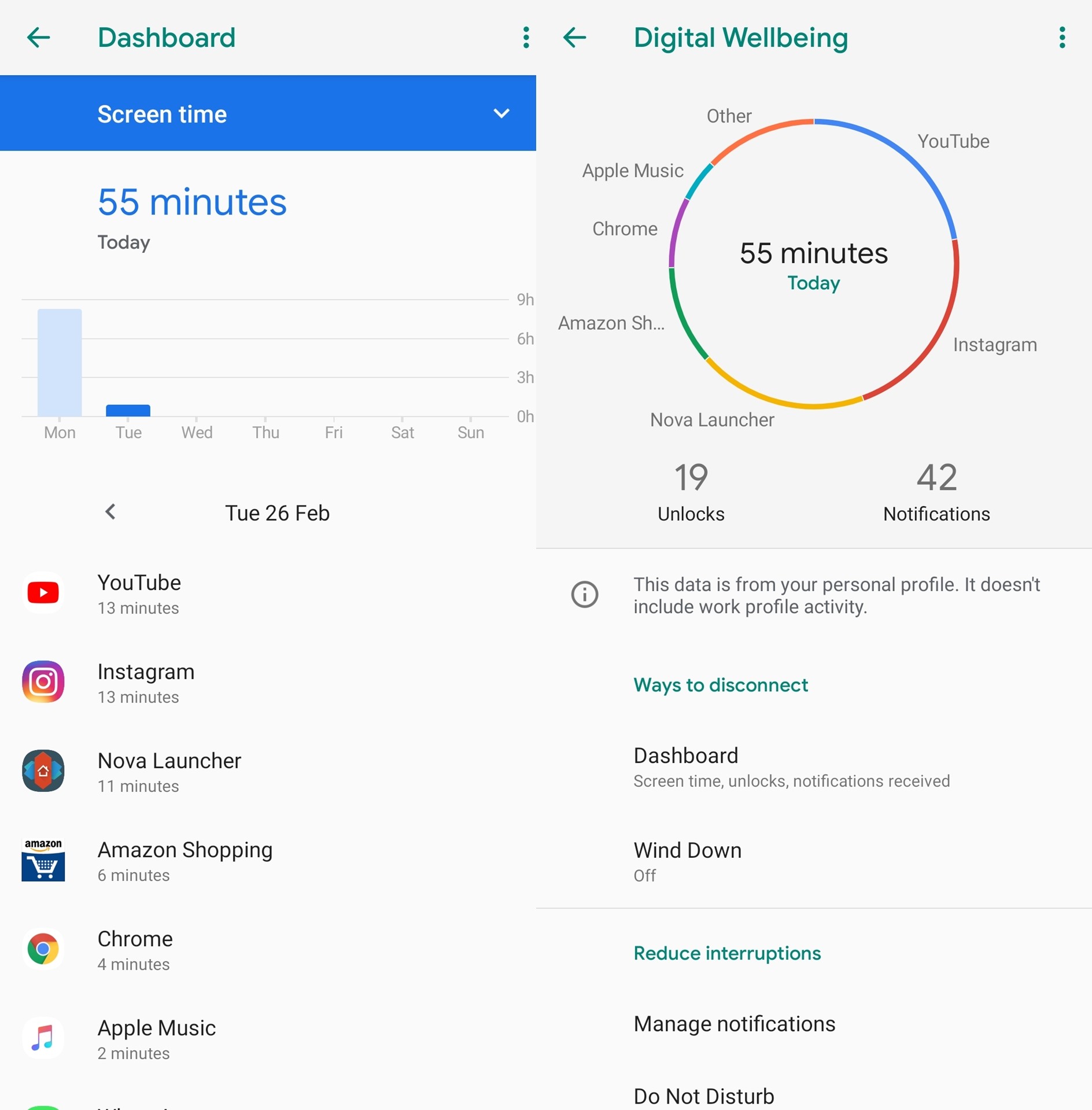 Installing Digital Wellbeing on your Android device is pretty simple and does not require your device to be rooted. The entire process would take just a few minutes at most.

It’s worth noting that some features would not work at all since the application requires a lot of privileged settings which unfortunately cannot be granted without root access. The features that would not work are; Wind Down and App Timers.