OnePlus 5 has become the new Galaxy S8. Hardly a day goes by without a One Plus 5 leak. And today’s quota has arrived in the form of two images confirming two main features. First, there will be dual cameras on the rear, which was almost certain and second OnePlus will be ditching the headphone jack in its upcoming flagship phone.

In the first image the OnePlus 5 is shown with a centered USB Type C port which has a cable attached flanked by two speaker grilles on both sides. Did we see this set-up somewhere else very recently? Ah, yes. Concept images of Xiaomi Mi Mix 2 leaked last week. Well, seems like the Chinese companies are bending their ways like Apple. 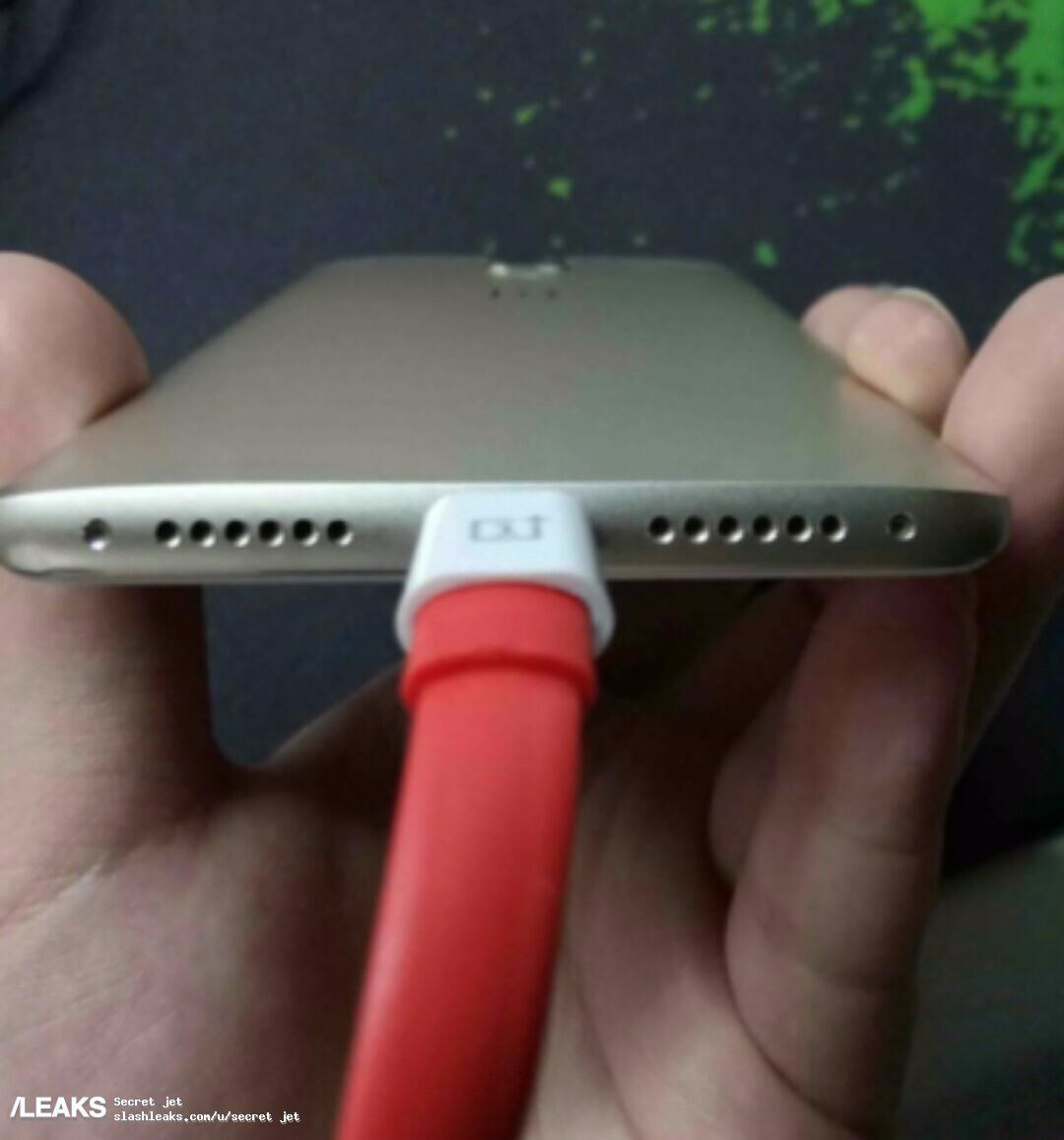 Getting back to the leaked OnePlus 5 images, another one shows the dual cameras at the rear placed vertically with the LED flash in between. We have seen numerous concept renders of this flagship phone with the rear cameras and LED flash placed in all possible ways, except for what we see in this one. Another notable point is that the antenna lines, again as seen in past renders and prototype images, is missing in this OnePlus 5 image.

OnePlus has woven a success story with OnePlus 3/3T. And now all eyes are set towards the OnePlus 5 which looks even more promising than its successor. Expected to carry a Snapdragon 835 paired with Adreno 540 GPU, as per AnTuTu listing, the OnePlus 5 could sport 6GB/8GB RAM and 64GB/128GB ROM. The display will be 5.5-inch, which may be FHD or Quad HD. The flagship phone will be shipped with Android 7.1.1 Nougat, 16MP+16MP rear dual cameras, 3600 mAh battery and a front fingerprint scanner.