Google’s Pixel 3 Lite smartphones have been in rumors for quite some time. They’ve been in the spotlight so much that we virtually know everything about the devices. 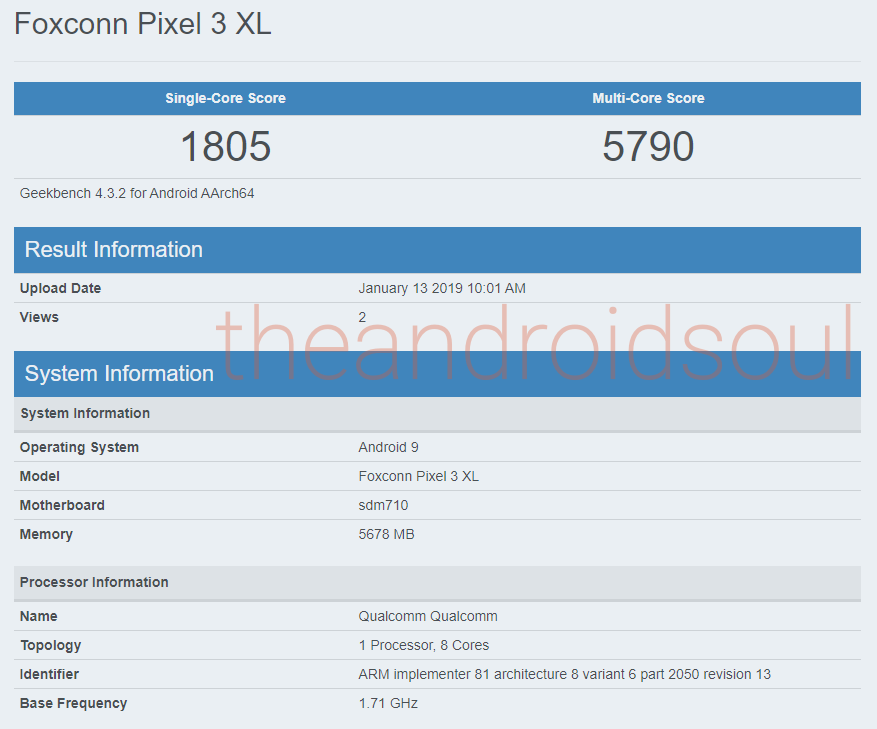 We just spotted a Pixel device — the listing name is Pixel 3 XL to be precise — powered by sdm710 processor on the Geekbench, along with 6GB RAM.

Now, sdm710 stands for Snapdragon 710 chipset, and we all know that Pixel 3 sports Snapdragon 845 chipset. So, what gives? This has to be the Pixel 3 Lite XL, right? That Foxconn is the listed OEM in place of Google only indicates that the device is only in the production stage right now, because that’s the name of the company that makes the Pixel 3 and Pixel 3 XL sets too.

So, a Pixel with Snapdragon 710 and 6GB RAM. That’s cool, right? And it has to be the Pixel 3 Lite XL, what do you say? Also, the device scored 1805 on single-core tests on Geekbench while 5790 points on the multi-core tests.

Sure, Pixel 3 Lite XL be a tad costlier than the Pixel 3 Lite, but it wouldn’t cost too much given the whole idea behind the Lite version is to make the Pixel phones affordable, and that Snapdragon 710 remains a mid-range processor.

To reconcile, the Pixel 3 Lite XL is expected to feature a 6-inch display and will feature a no-notch full HD+ IPS display and a headphone jack.

Both the Pixel 3 Lite and Pixel 3 Lite XL sets are rumored to be released in January 2019 but we don’t have an exact date yet.

Doze mode: What is it and how it works