Hard as it is for adults during this time of social distancing, let’s not forget that the kids are technically on summer break. Being cooped up in the house is no picnic. Luckily we have video conferencing apps like Zoom, which enable kids to interact with each other.

Zoom can also be used to play games virtually, and that’s just what we’ll be covering in this article.

Some games require an adult to facilitate them, and some don’t. So, depending on your preference, go ahead and choose a game. Here are the best games that kids can play on Zoom.

Related: Zoom Scavenger hunt: How to play the game virtually 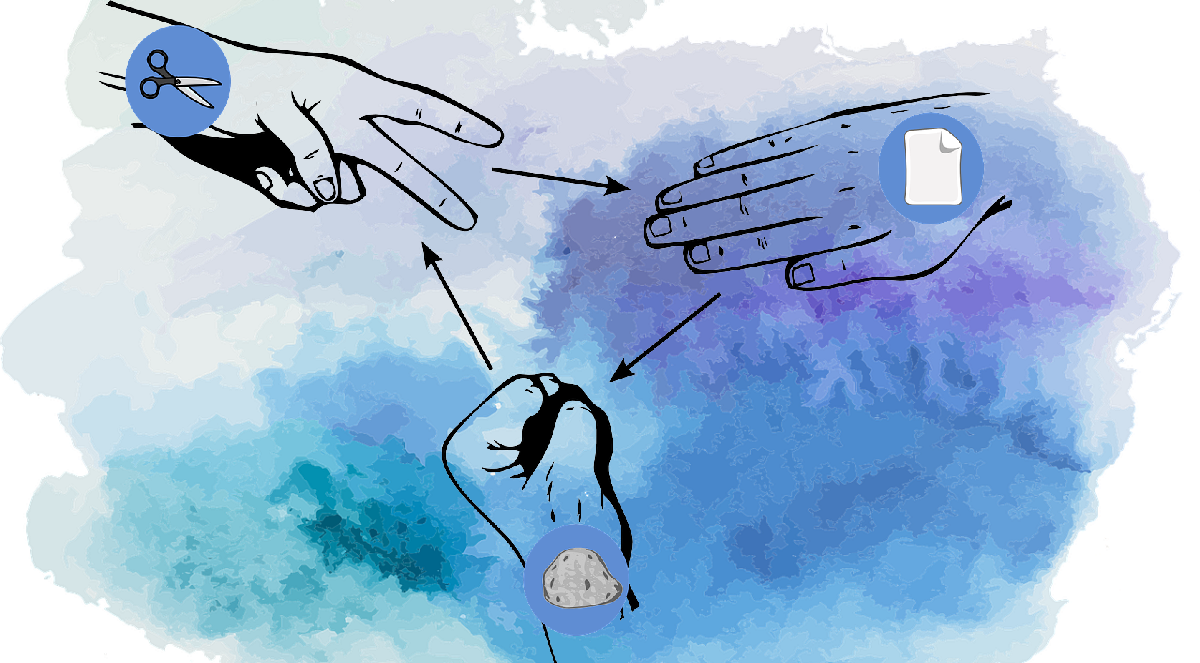 This is an easy one and translates perfectly to a Zoom call. Rock, paper, scissors is a game of luck where you use your hands to indicate the object you choose. The twist is that you have no idea what your opponent is going to play! Try and defeat all the players to be the only one standing. Each game only lasts a few seconds, so it can be played over and over again. 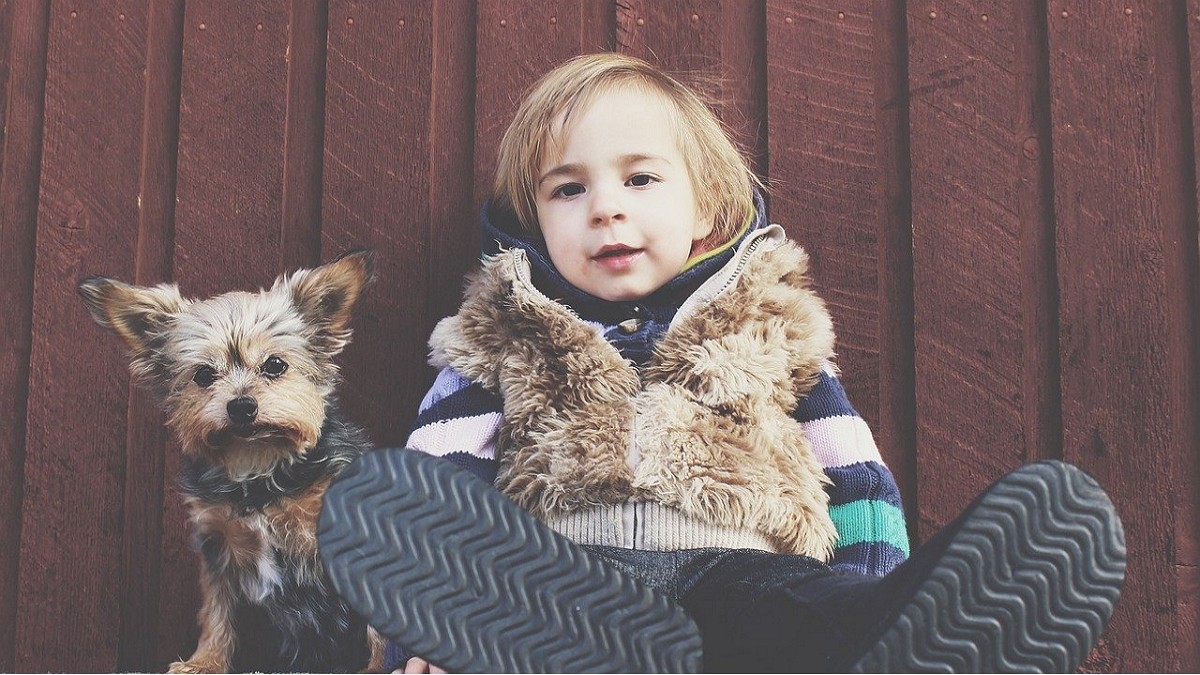 Have the kids put on a show and talk about their favorite toy, object, or even their pet! They can dress up and prepare an essay to talk about with everyone else. You could create an outline to help them write the essay, like ‘why did you choose this’, ‘why is it your favorite’, etc. If pets are involved, they can even dress up their pets and show off some tricks! Everyone learns something, and the kids have fun! 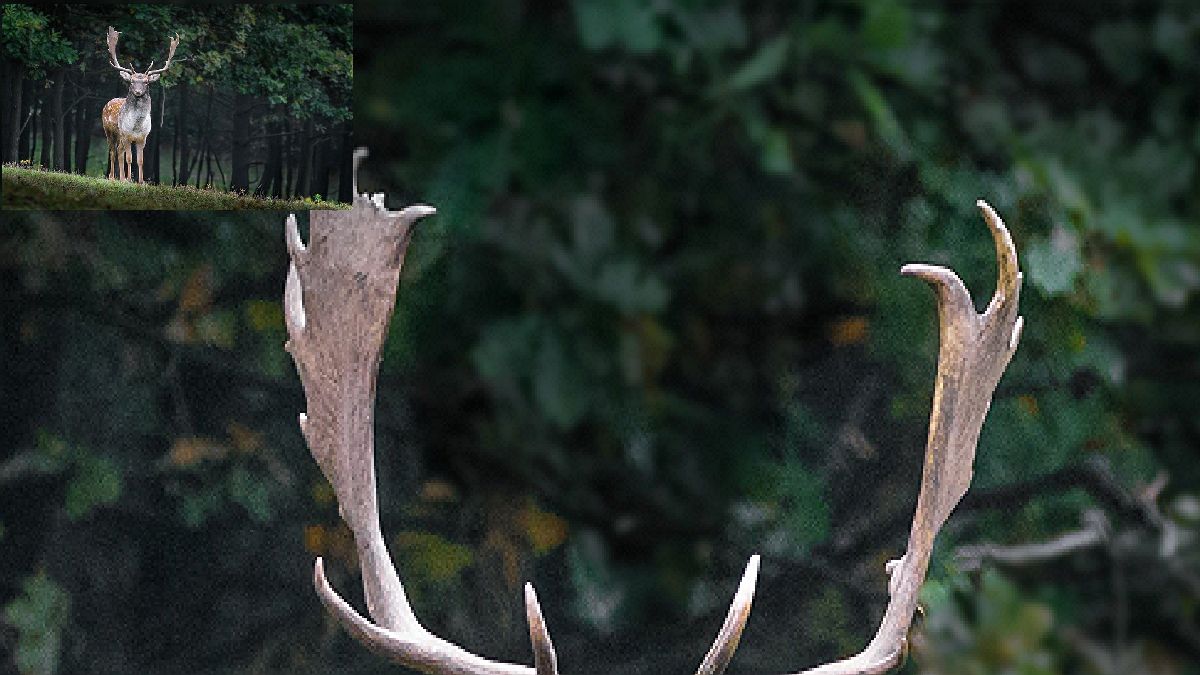 This is a fun game to play. Have the kids trying to guess the animal (or any other theme you choose) by a very small, zoomed-in part of the body. It’s more difficult than you think! As time passes, you start zooming out slowly. If no one guesses by the time the whole animal is revealed, everyone loses. 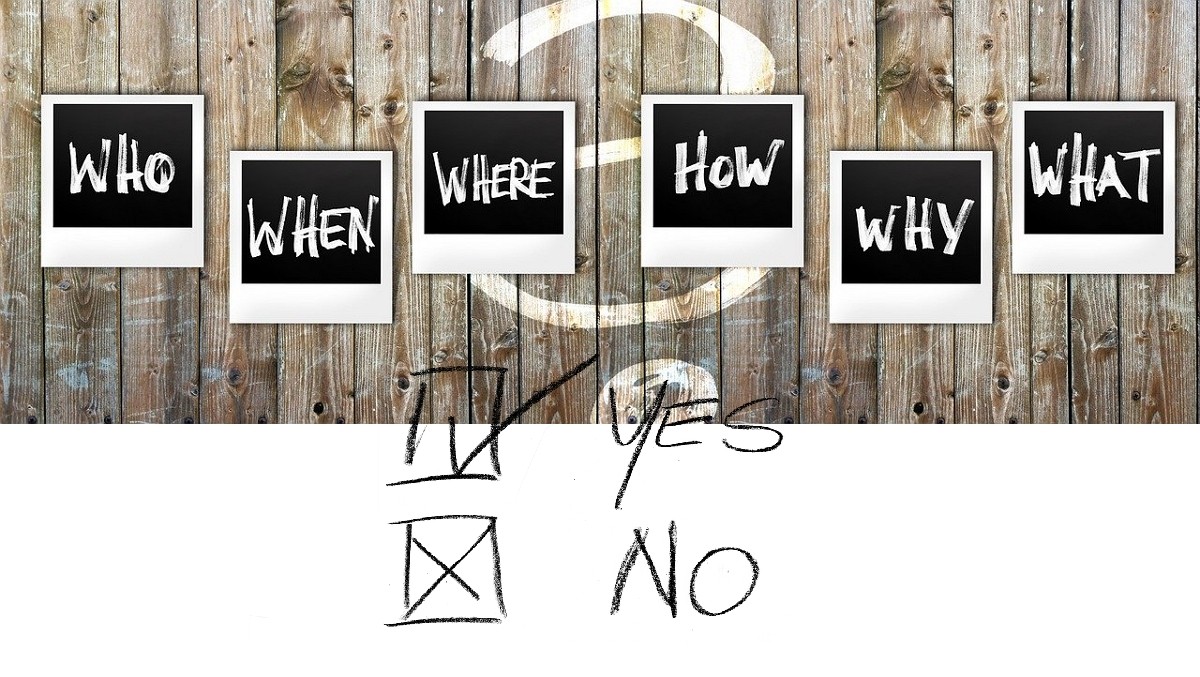 Hangman is a classic game of guessing. Select a movie title (or another genre), and draw out a series of blanks corresponding to the letters in the name. The kids have to guess the letters one at a time. If they get it wrong, the hangman hangs! 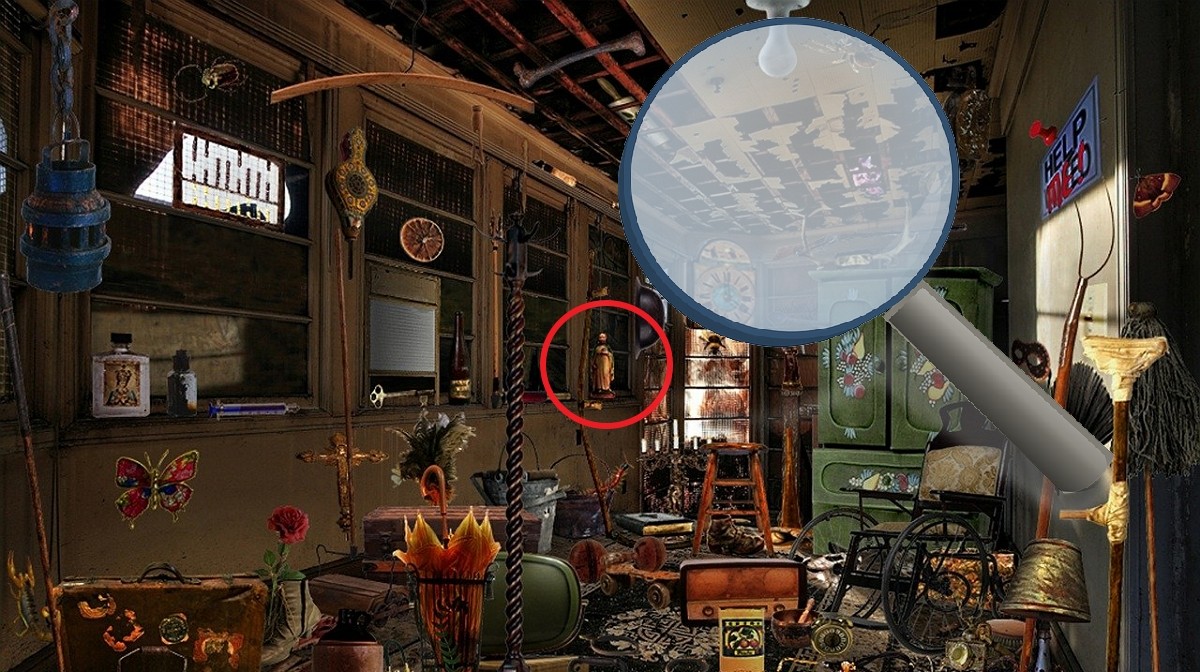 The more kids in this game, the more fun it is. Usually played outdoors, ‘I spy’ works pretty well on a Zoom call using the kids’ backgrounds as scenery. Select an item that is visible in one screen (for example, a red lamp). The kids must search everyone’s screen to find that red lamp. Set a timer to speed things up and create some competition. 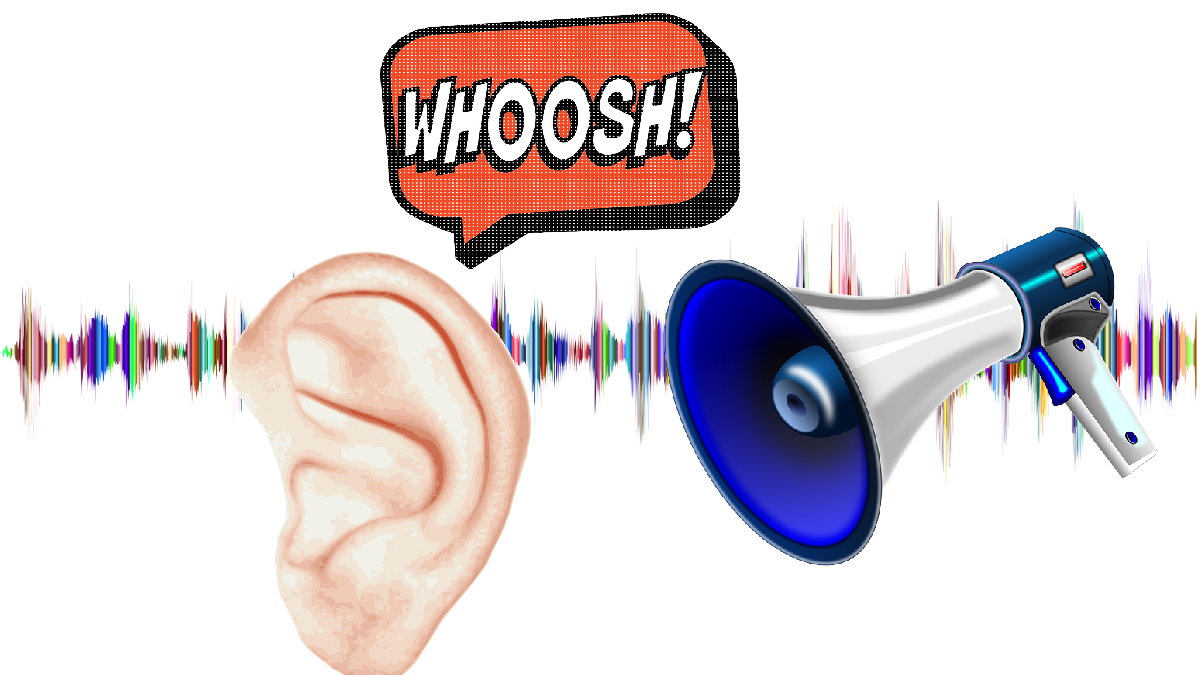 In this game, the kids must guess what object is making a certain sound. Yes, this can get really difficult, so using unique sounds will help ease it up; Try clinking a water glass against another water glass, a spoon on a metal bottle, etc. Basically, the sounds should be identifiable. Who can guess what object made the sound first?

Once upon a time 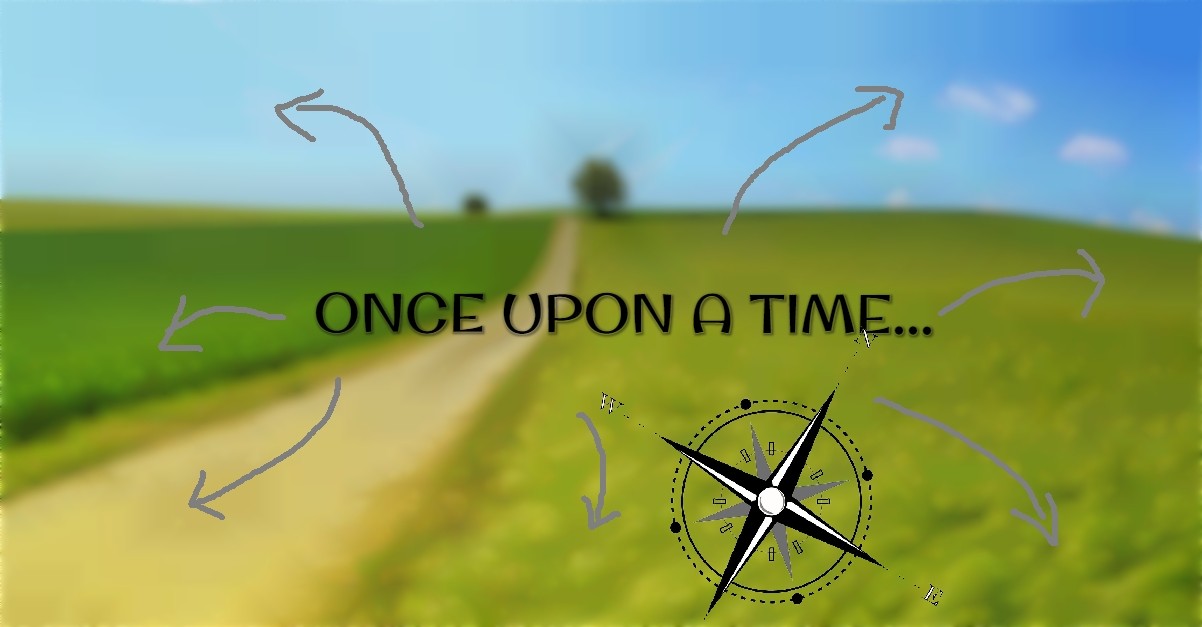 This is a fun story building game that can be played with any number of players. Basically, you start a story, and everyone adds on 1 sentence at a time. They could be clever and use conjunctions to make their sentence longer, but once the sentence ends, it is the next players turn. How creative can you get with your storytelling? 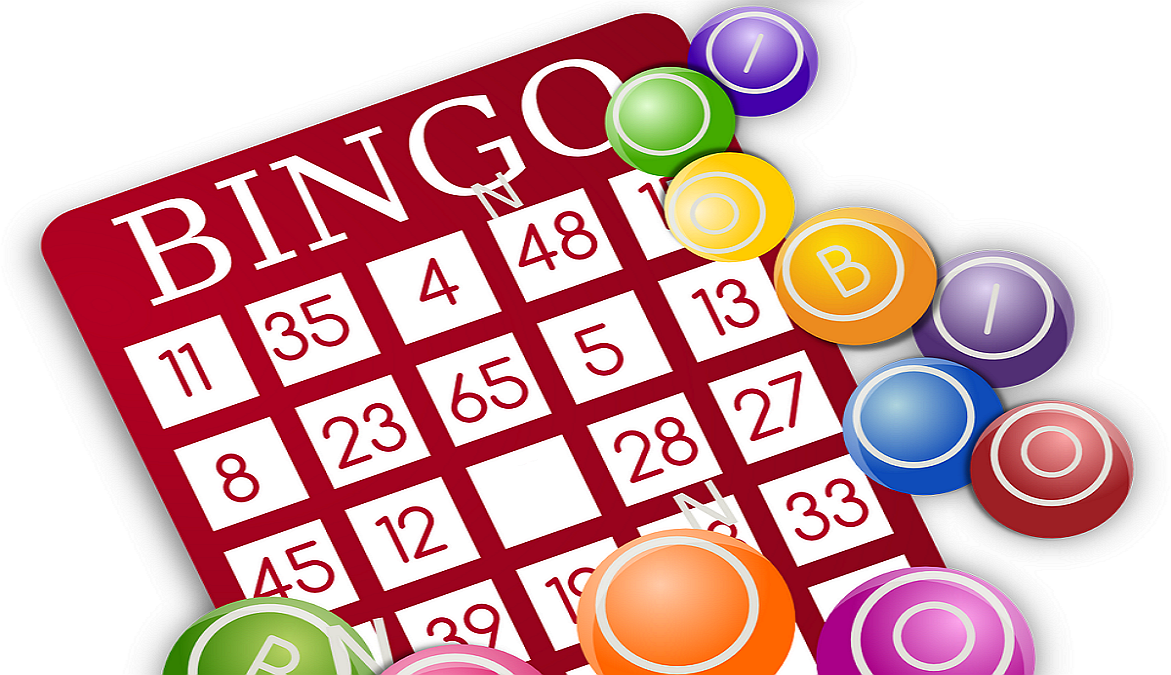 Bingo is a game of luck and attention. Have one player (or adult) call out the numbers, while the kids search their ticket and cross out said numbers. The first player to cross out all the numbers on their ticket wins! You can either write out your own bingo tickets or simply download them from here. 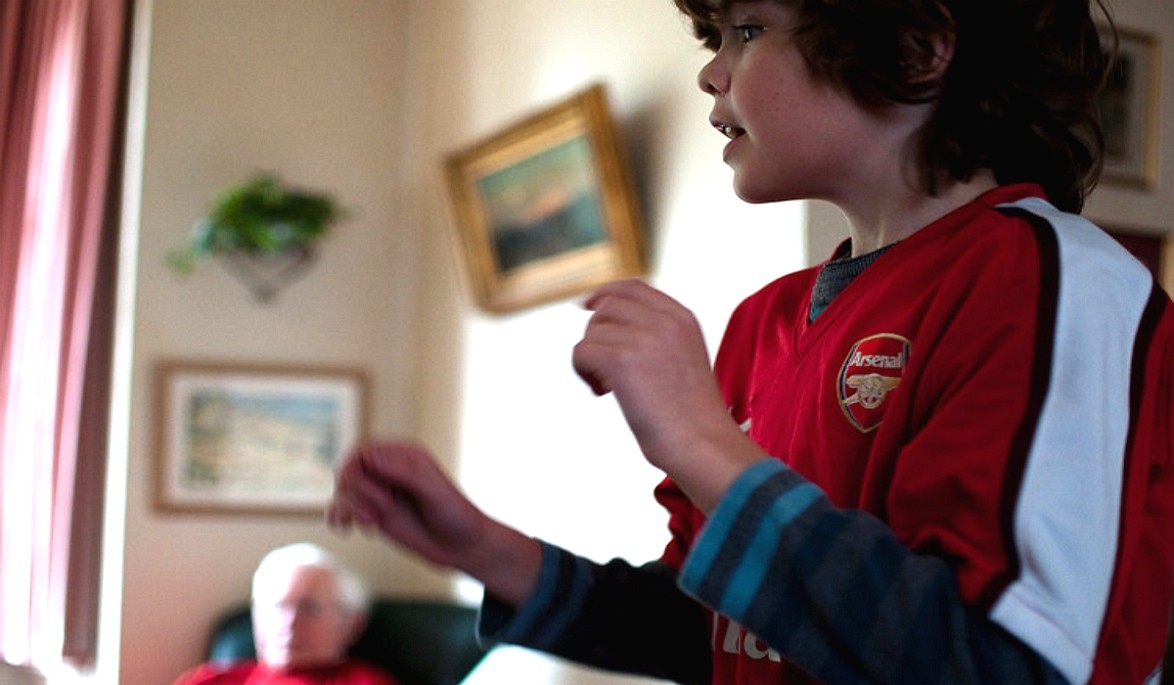 This is a super fun game to play with kids, both for the denner and the players. Have the kids trying to guess what is being acted out. The player that guesses first wins! You can choose to stick to certain topics, or themes, like animated movies only, or Harry Potter themes. For a fun twist, you can limit the number of guesses the participants can make.

This old school game is perfect to play over a Zoom video call. All you need is a piece of paper and a pen/pencil. Have the kids racking their brains for an animal that starts with the letter ‘W’. Add a time limit to the game to increase the fun even more. ‘Name, place, animal, thing’ is a vocabulary-building game, that engages kids’ memory while maintaining a fun environment. 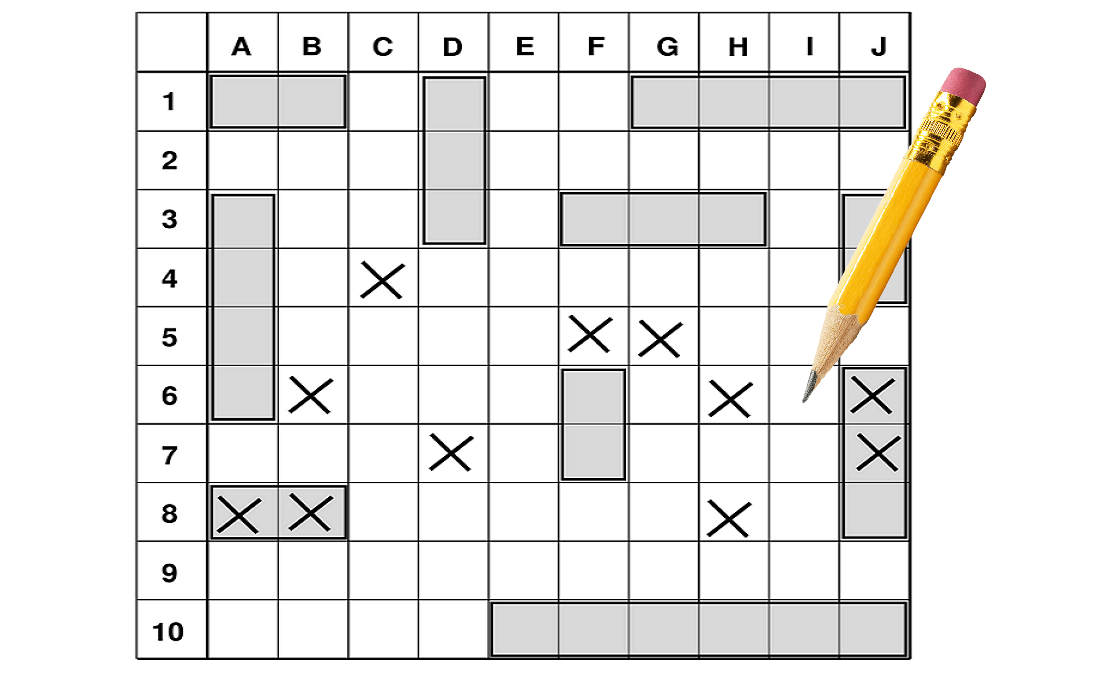 Battleship is a game of guessing where each player tries to sink the other’s ships. The twist is, the players cannot see each other’s board. So they must blindly guess where they think the other player has placed their ships.

You could draw your own board, or simply print out the battleship game board from here. You decide where you want to place your ships. You could be extra sneaky and keep all your ships in one corner, or spread them all out along the border! 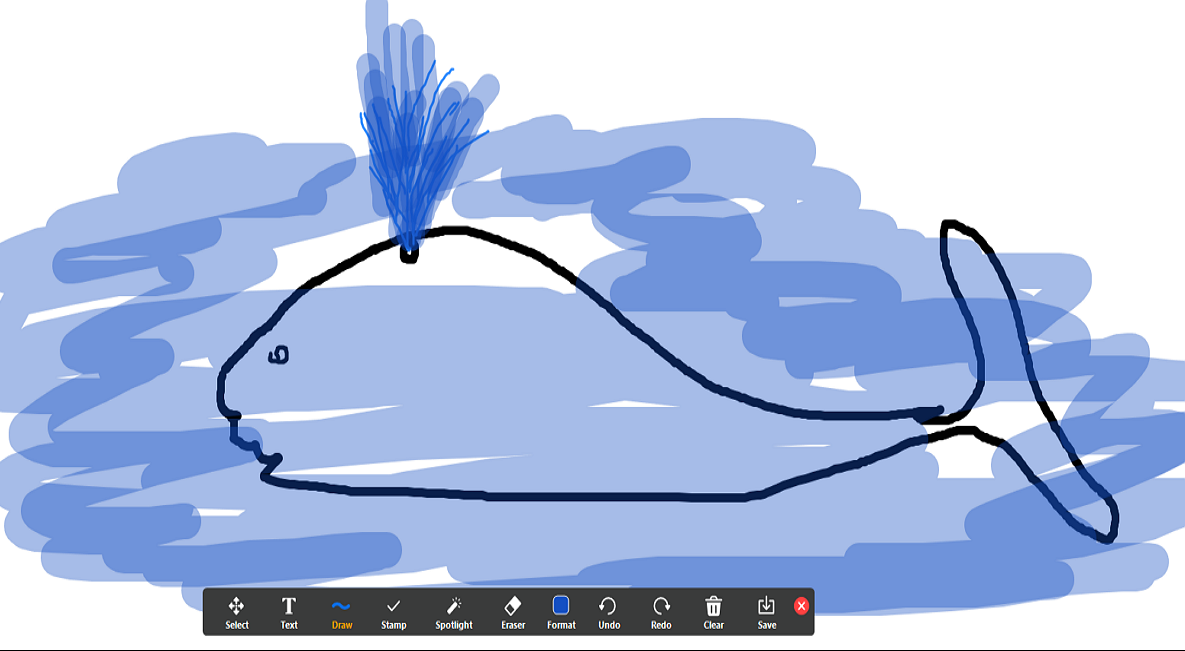 Thanks to Zoom’s Whiteboard function, this fun game can be played flawlessly over a video call. Have your kids try drawing using the Whiteboard’s inbuilt drawing tools. This is a fun way to build motor skills and have all the kids engaged at the same time. Plus you could always save the drawings for keepsakes later. 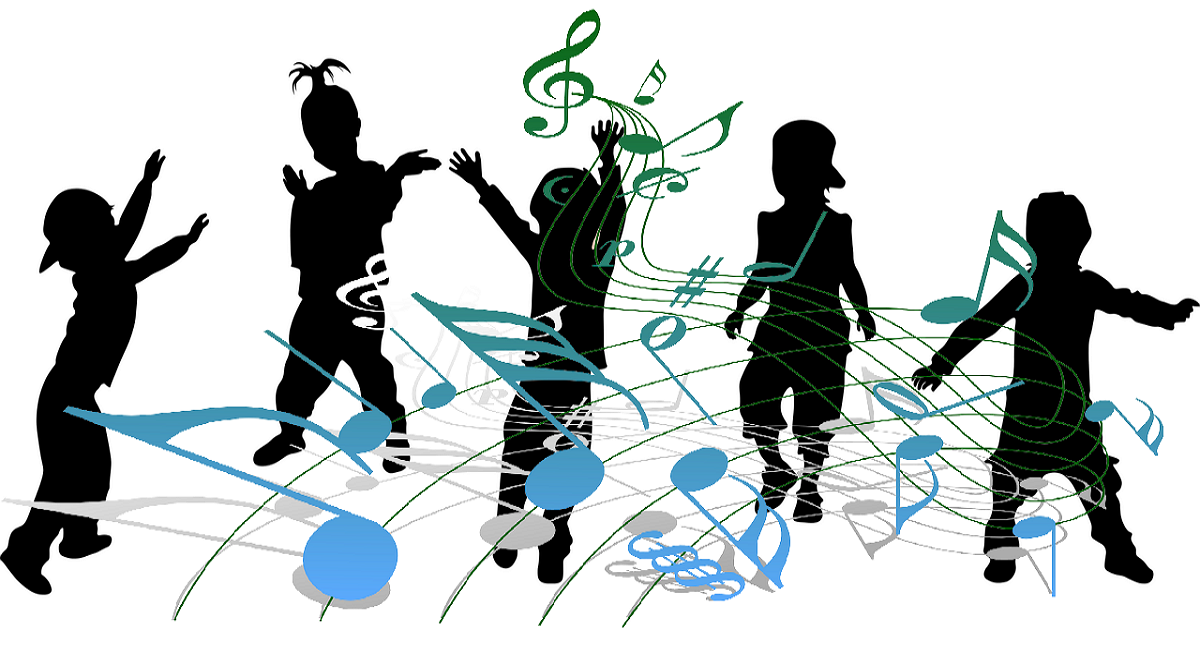 Get the kids up and dancing, to burn off some of that energy. All you need is something to play music. Everyone on the video call must keep dancing as long as the music is playing. As soon as the music stops, everyone must freeze. The denner must try and catch anyone moving even the slightest. One the music resumes, the dancing resumes too! 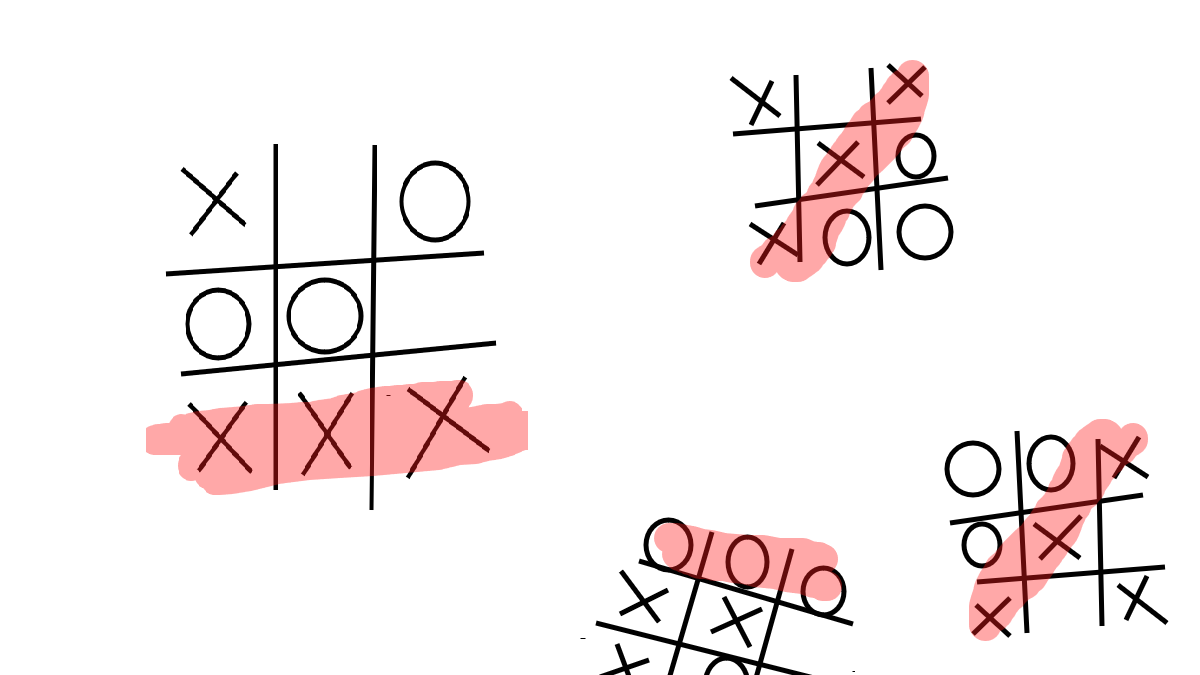 Simply swap out the piece of paper for the Zoom Whiteboard and you are good to go. X and 0 is an old-school game of strategy. Try and get 3 X’s or 0’s in a line (vertical, horizontal, or diagonal), while preventing the other player from doing the same. 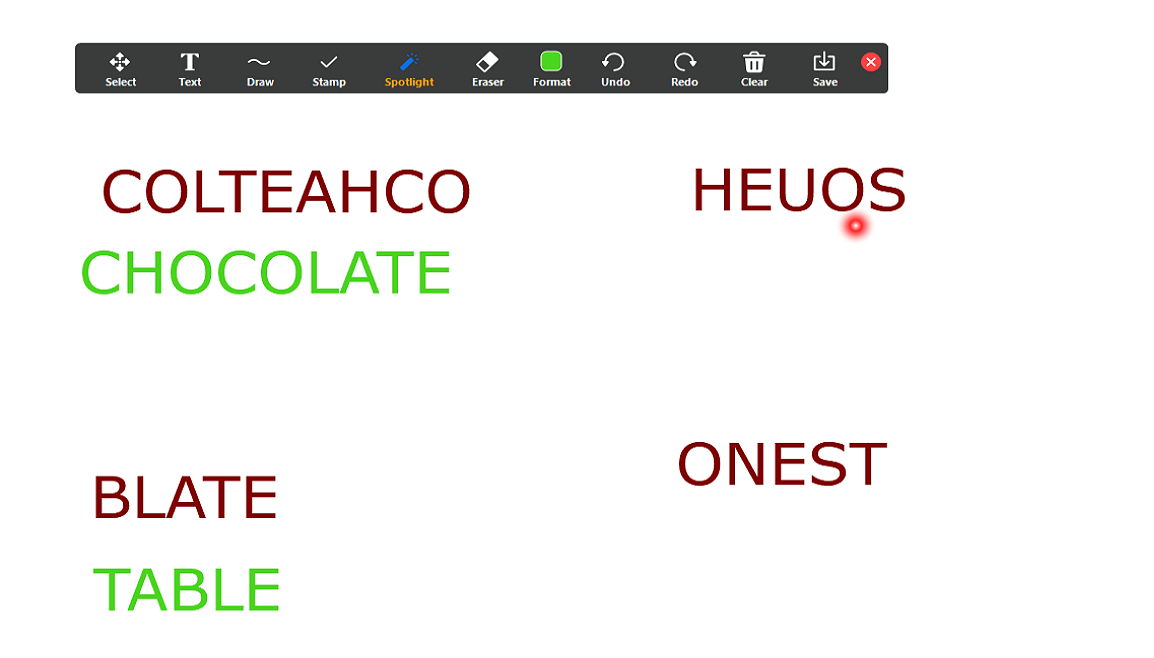 This simple vocabulary game teaches kids spellings as well as teamwork. Have the kids team up and try and unscramble a bunch of letters to form a word. Have them work together to try and beat the other teams.

Alternatively, you could provide a word with some letters missing, and have them try and fill in the missing letters. Set a time limit for added fun. 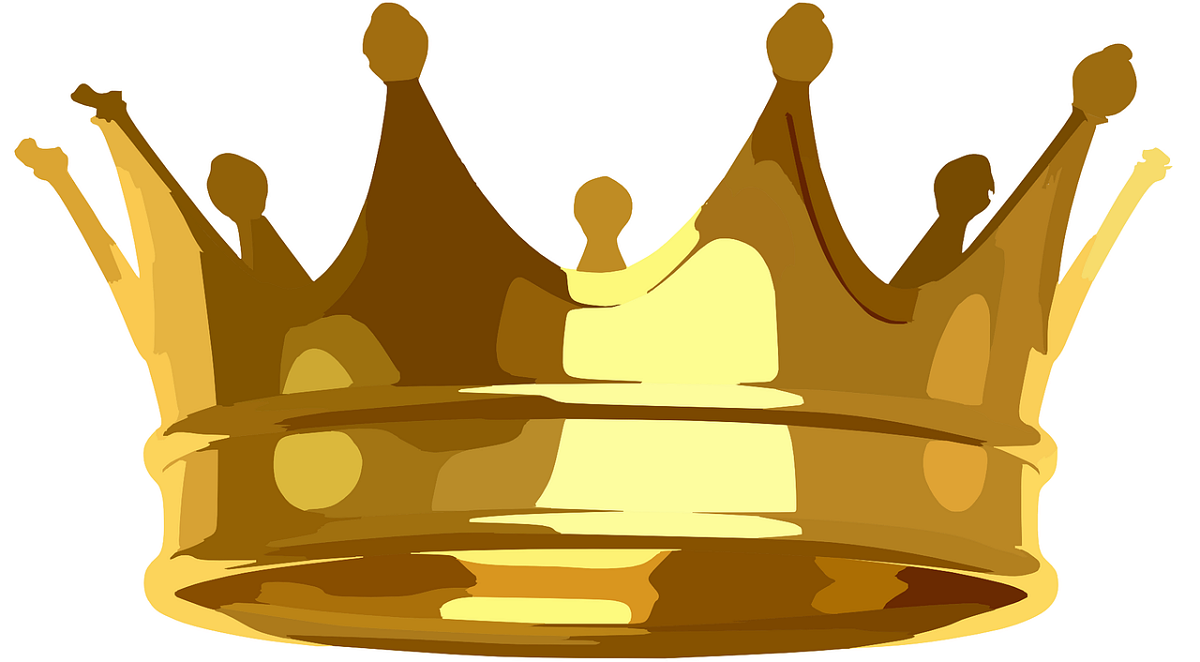 This will have the kids in hysterics. ‘Simon says’ can be as whacky as you want it to be. Taylor the game to whatever you like, and have the kids running around searching for stuff, or hopping on one leg.

This game keeps all the players constantly involved and is a lot of fun. If you run out of ideas, Playtivities.com has a bunch of hilarious ones to keep the kids entertained.

Do you remember this game played on the last page of your notebook? Using the Zoom Whiteboard kids can play this classic game of strategy. Connect the dots to try and draw a complete box while blocking the other players from completing their boxes.

Once you form a box, make sure you mark it with your color, or another player may claim it for their own. The game ends when there are no more dots left to connect. 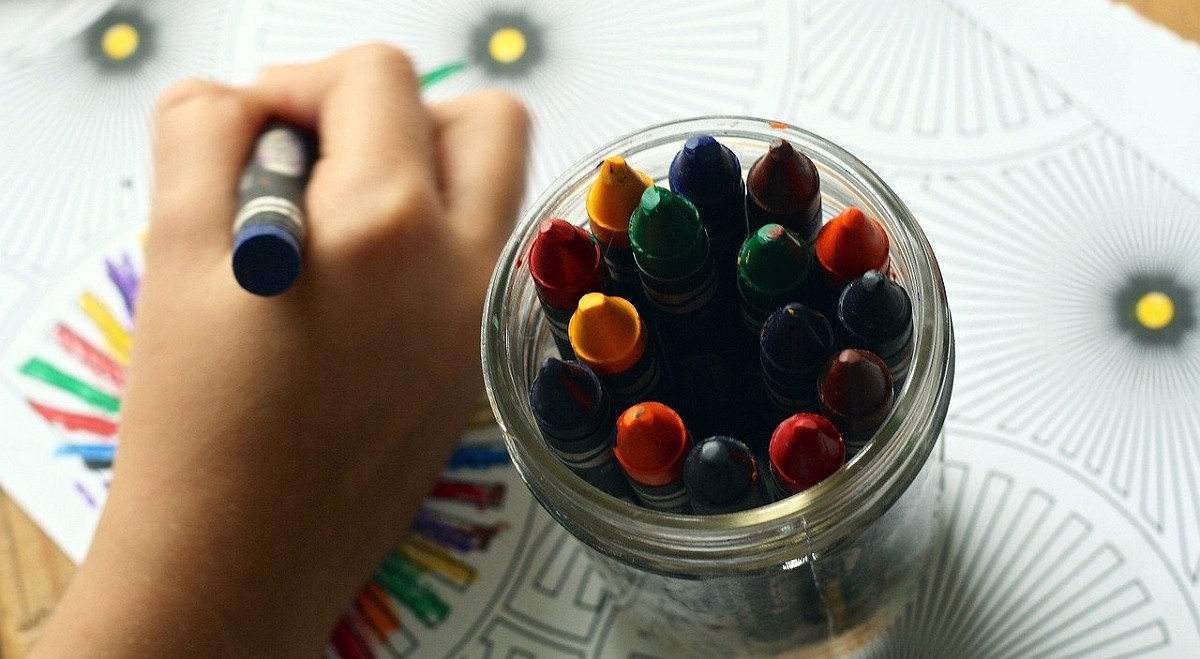 Just like a regular drawing competition, Zoom video call gives kids a feeling of sitting next to each other and participating in an activity. Get out you coloring pencils and crayons and let the kids’ imagination flow. Simply give them a theme, and watch them run with it. Don’t forget to frame those precious drawings! 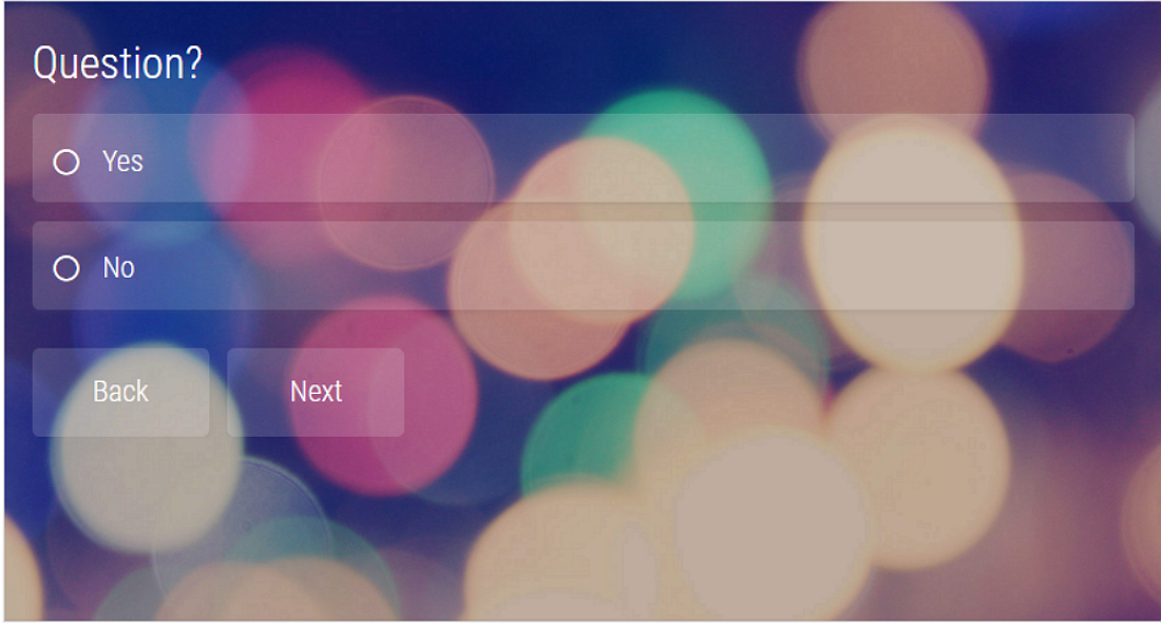 Host a game of Trivia using Zoom’s screen share function. Head over to quizmaker.com and browse through their selection. Or you could create your own quiz by setting the questions and the multiple-choice answers. Customize the quiz to the kids’ level and have a fun game while also imparting education! Who says learning can’t be fun. 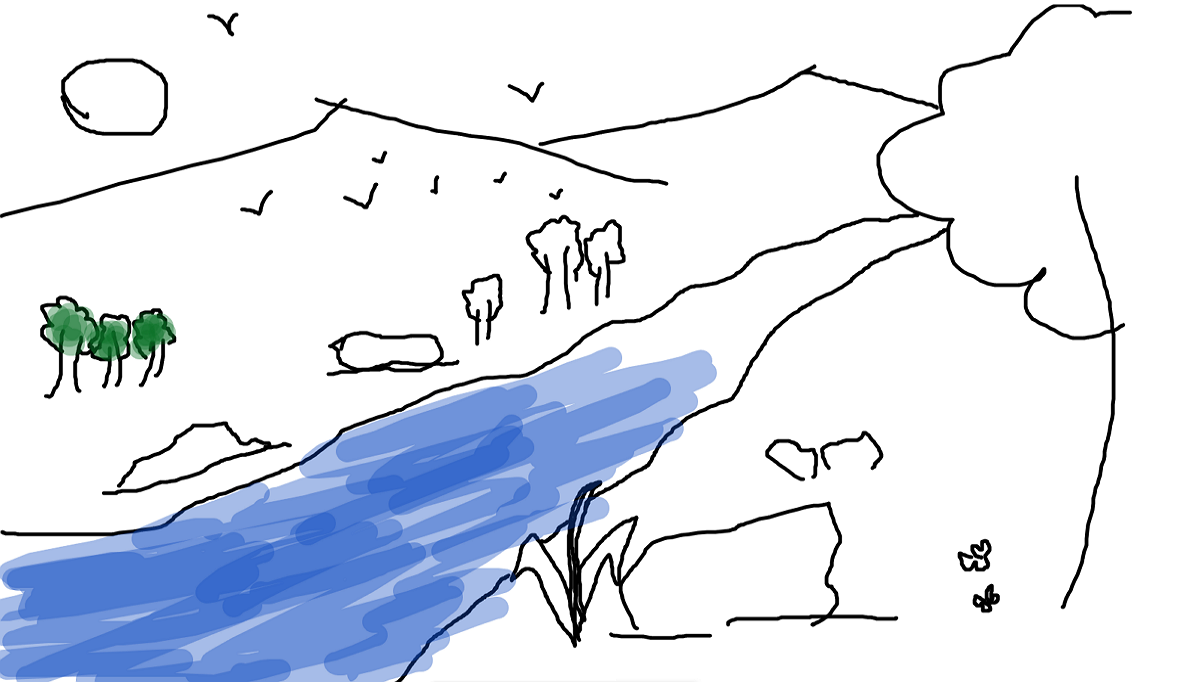 Zoom’s Whiteboard is amazing in that it allows all the users to interact with it simultaneously. A parent may draw a simple outline drawing and have all the kids join in and color it together. The best part is, kids can color over each other, creating different saturations on the screen. The Whiteboard has a decent set of drawing options, with different sized brushes to choose from.

Are you smarter than a 5th grader? 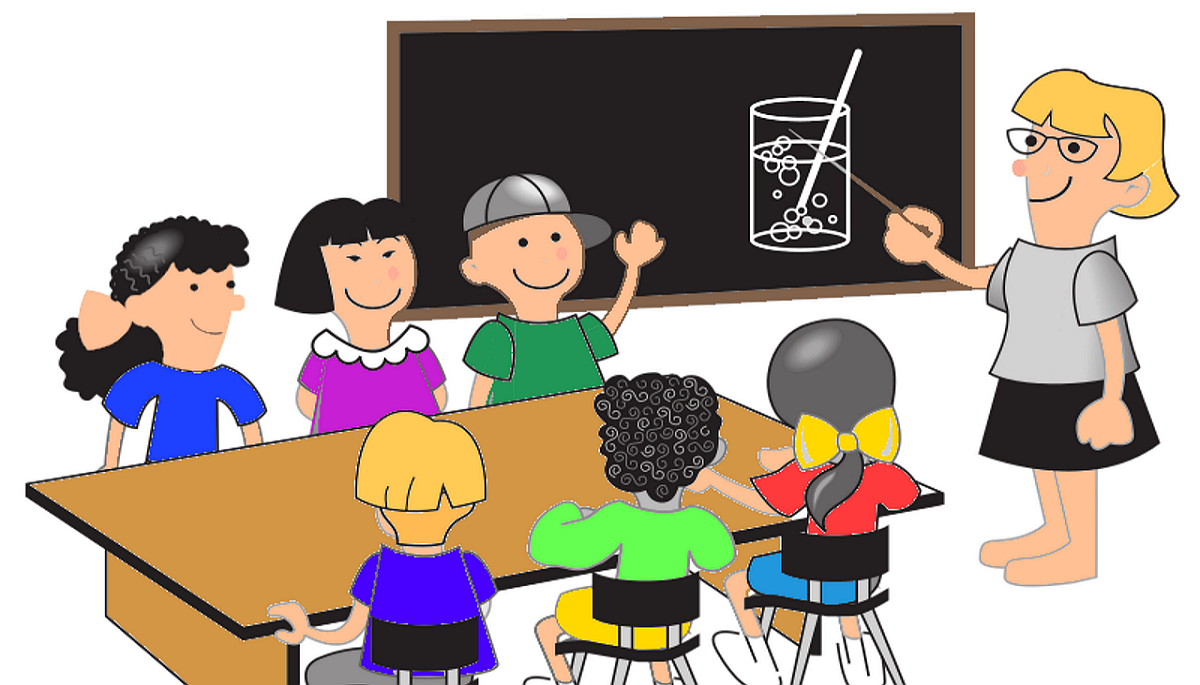 This famous trivia game has sprouted a number of websites offering the questions asked on the show. This quiz is apt for all ages, and especially for kids around the 5th grade. It gets rid of the hustle of going through your kids’ textbooks to figure out what they are studying. The ‘Are you smarter than a 5th grader’ quiz can be played on the Proprofs website. 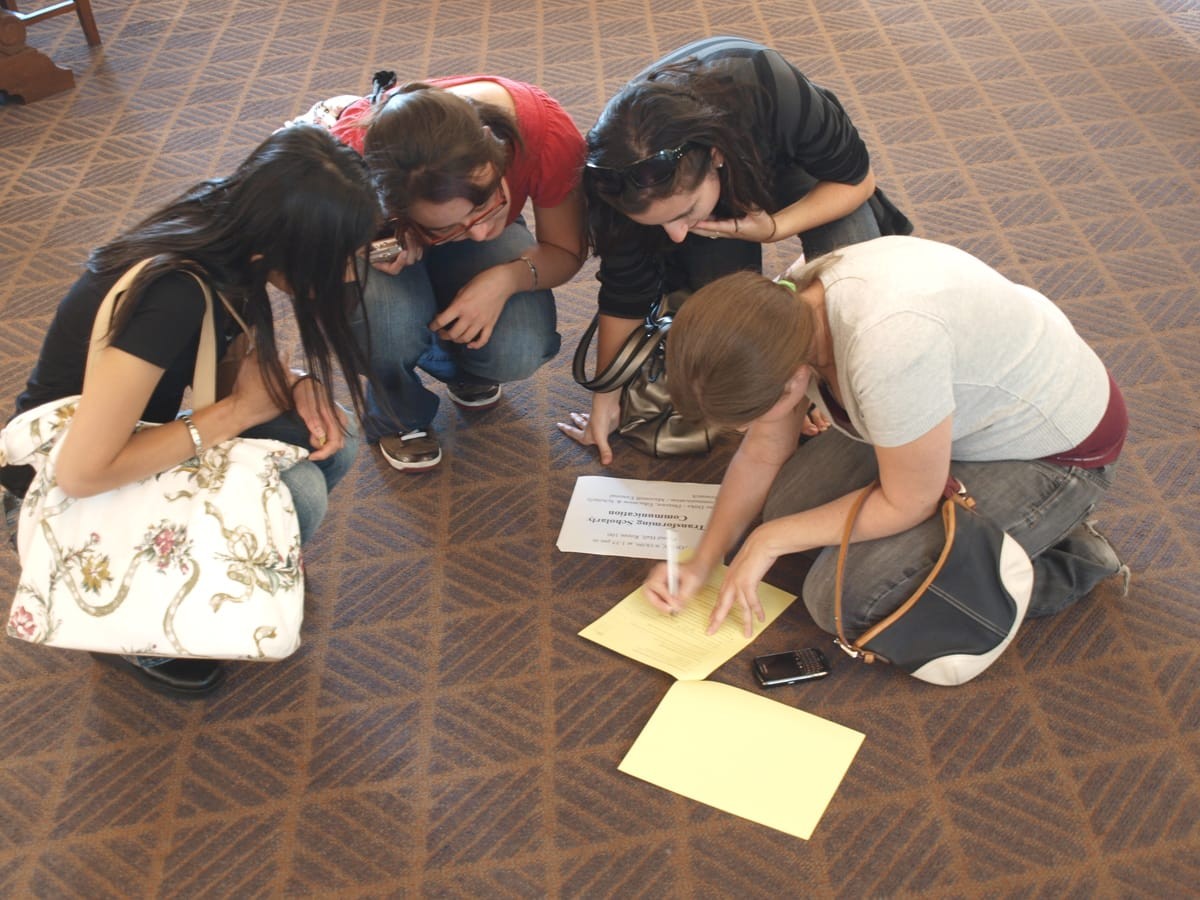 Being stuck inside your house doesn’t mean your kids can’t play a game of Scavenger hunt. Yes, we’re talking about the game where players search for a specific item but you don’t need a large area to play it in. You can let your kids Scavenger hunt within your house over Zoom and push them to play items that are available in your household.

We’ve already prepared a detailed guide that can help you and your kids play Scavenger Hunt on Zoom and let’s just say there are some for the both of you.

▶ Zoom Scavenger hunt: How to set up and play the game virtually 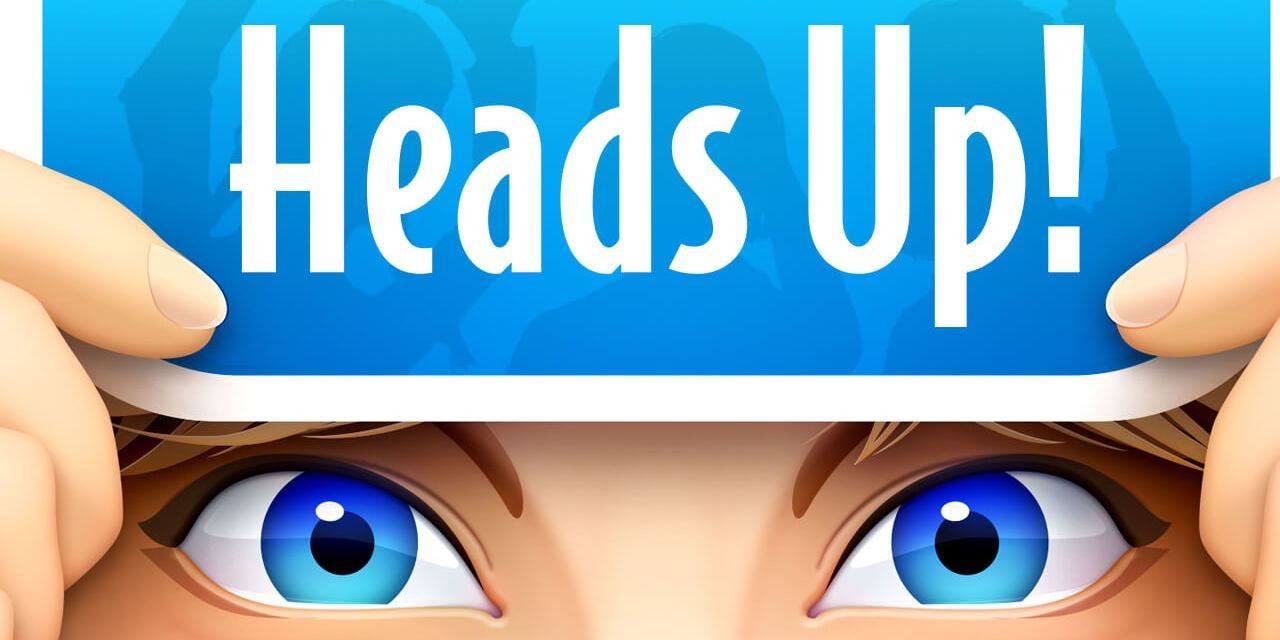 If your kids are too tired to roam over the house but you still want them to play an informational game, then Heads Up is the one you can settle for. The Ellen DeGeneres-made game will pit players against one another where the others are supposed to help you guess the card that’s placed on top of your head. All you need is a webcam and your kids can start playing the game straight away.

▶ How to play Heads Up on Zoom 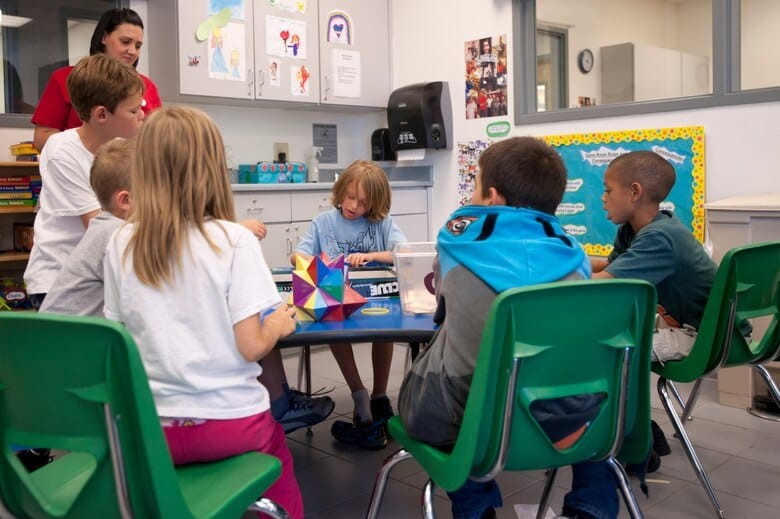 Oh, the classic game of Truth or Dare doesn’t need any explanation. But since the kids are playing it, you have to make sure they’re playing well within their limits. You can ask a kid “Truth or dare” and let them decide what they want to do. 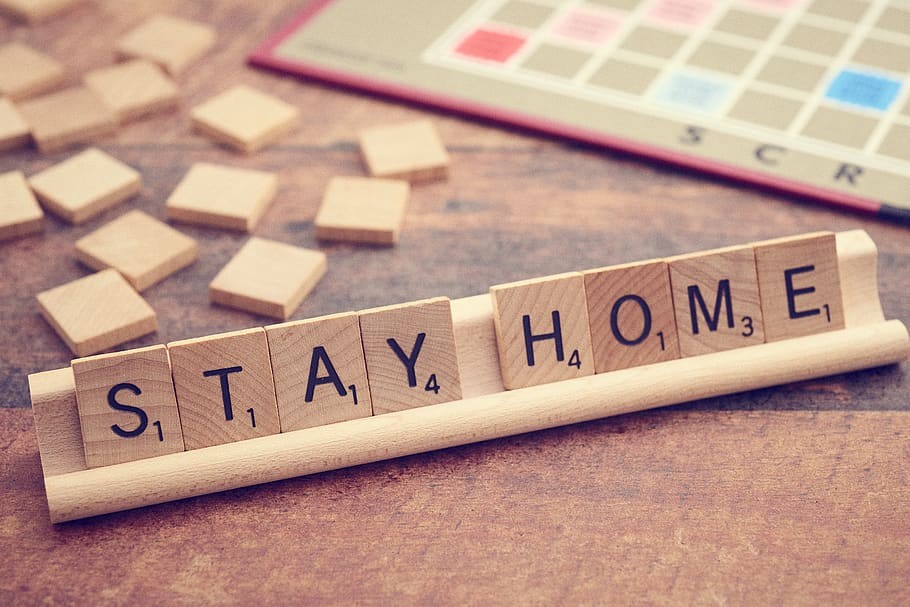 Scattergories is another word-based party game where players will guess one word that fits a bunch of categories and the person with the most unique answer gets the most points.

If you are new to zoom and would like to learn how to use the Whiteboard function, go ahead and check out our article.

► Zoom Whiteboard: How to get, share and use whiteboard on PC and Phone

Always make sure to lock the room once in a zoom video call. We hope this article helps the kids have fun this summer. What games have you come across that can be played over a zoom call? Let us know in the comments below. 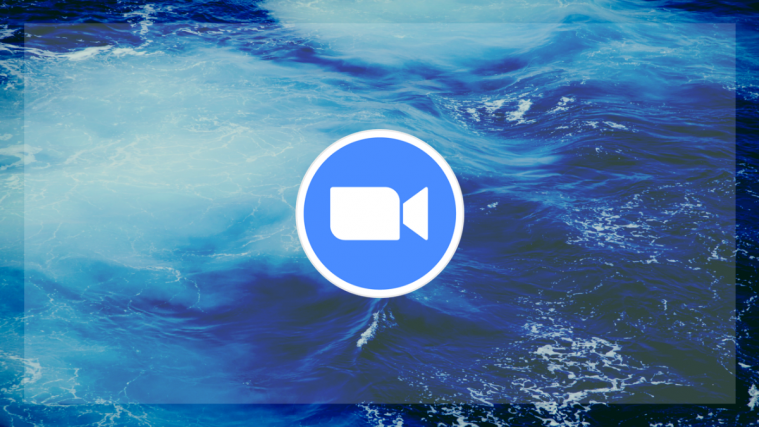 Does Zoom Notify About the Apps Installed on Your PC or Phone? 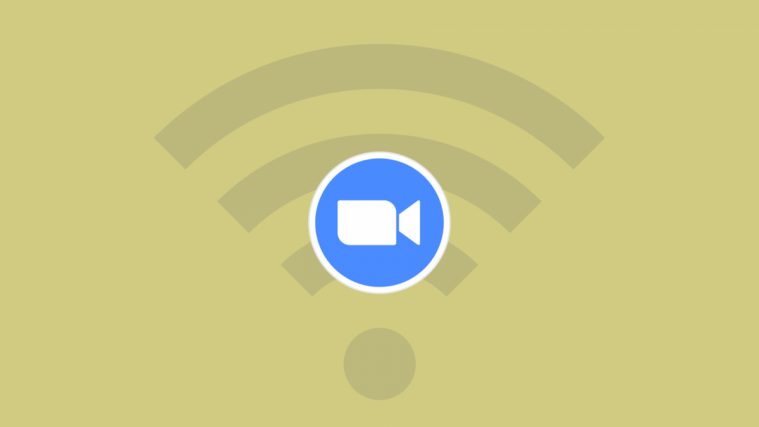 Do You Need Wifi For Zoom? [Explained]