Asus unveiled the ZenFone 5 family at the MWC 2018, but conspicuously missing was the Max variant (s). Whether the company has plans to fill this gap or not still remains unclear, but looking at what has happened since January 2018, it’s obvious that fans of the Max model aren’t starved.

Earlier this year, Asus launched the ZenFone Max Plus M1 in the U.S. and at the MWC event, the ZenFone Max (M1) came to life. To complete the setup, the company unveiled the ZenFone Max Pro M1 in India on April 23 and with it comes quite an interesting package alongside an amazing price tag for the Indian market.

In this post, you’ll find everything you need to know about Asus ZenFone Max Pro M1, be it the specs, features, price, and more.

Looking at the ZenFone Max Pro M1 pricing, which starts at INR 10,999 (about $165), there’s no doubt Asus is here to take on Xiaomi’s Redmi Note 5 and Redmi Note 5 Pro in the budget segment. Asus says the phone is made of “a stylish 180g-light metallic body with diamond-cut edges” and has a 2.5D curved glass on top of the massive 6-inch full HD+ display screen. Despite the huge display, the company says the phone has the same physical size as a typical 5.5-inch handset. This is the same line used for the ZenFone Max Plus M1 too – a 5.7-inch screen in a typical 5.2-inch body.

So, before you decide on whether to buy the ZenFone Max Pro M1, here are 7 things you need to know about the phone.

7 things you need to know

As noted, the ZenFone Max Pro M1 has a price tag of INR 10,999. In this segment, the dominant players are Xiaomi Redmi Note 5, Note 5 Pro and Honor 9 Lite. To be fair, what the ZenFone Max Pro M1 brings to the table at just INR 10,999 is arguably the best value for money we’ve seen in this segment in recent times. In fact, the standard Redmi Note 5 is almost certainly losing the battle thanks to its inferior Snapdragon 625 chipset, but at just INR 9,999 for the base model of 3/32GB and INR 11,999 for the 4/64GB model, it cannot be written off that easily.

Oh, in case you didn’t know, the Snapdragon 636 also powers the ZenFone 5 that launched at the MWC alongside the ZenFone 5Z and ZenFone 5 Lite.

There’s a high-end variant, too

In the official press release, Asus says the ZenFone Max Pro M1 has up to 6GB RAM and while this will still be mated with 64GB of internal storage, the phone will reportedly undergo some tweaks to add to its performance supremacy. Among the tweaks will be a new 16MP lens on the back and front cameras, but how exactly this new lens will affect the current setup is still unclear. So far, the back unit has a 13MP + 5MP setup while the front has an 8MP lens for selfies.

Also, Asus has only availed prices for two variants, which means details of the high-end variant will be available later, but looking at how aggressive Asus is, we expect prices in the regions of INR 15,999, just slightly below Xiaomi’s offer.

It’s not exclusive to India 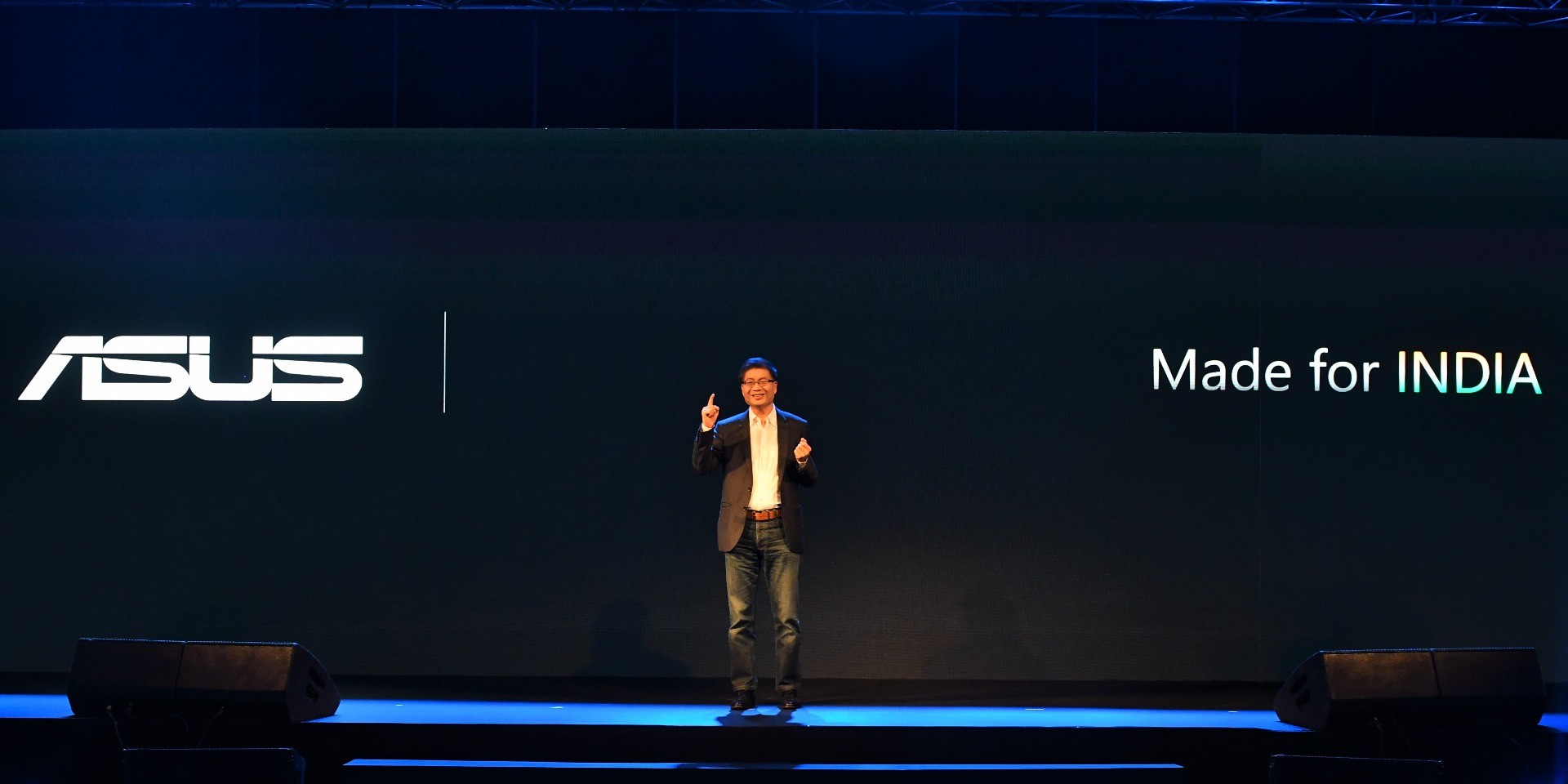 India’s rise to number three in global smartphone shipments has made the market a target for many companies. Asus, just like other OEMs, is looking to impress Indians and there couldn’t be any better way than giving the market exclusivity to the official launch event.

Still, the ZenFone Max Pro M1 will be sold in other markets. In fact, Indonesians will get it first beginning April 25 before it comes to India on May 3. After that, it should make it to other markets in the coming weeks.

Asus, like any other Android OEM, has a customized skin known as ZenUI that runs on top of Android on its devices. However, the ZenFone Max Pro M1 becomes the first Asus smartphone to run pure Android 8.1 Oreo without any intrusion from the company. Interestingly, Asus hasn’t mentioned anything to do with Android One, which is what you’d expect to hear when a phone isn’t a Google Pixel and runs pure Android.

Nonetheless, the benefits of pure Android are well documented, mostly fast software updates, and with this move, especially in India, Asus has brought the war right at Xiaomi’s front door. The Chinese vendor is hoping to bring in a successor to the impressive Xiaomi Mi A1, which also runs pure Android, only that it has the blessing of Google’s Android One.

The battle has gotten even sweeter given that the Moto G6/Plus and Nokia 6 2018 with all of its Android One glory and a promise for fast software updates for up to 3 years, are also lurking. However, both are costlier than the ZenFone Max Pro M1 and have weaker specs too.

With a massive 5000mAh battery unit, even the huge 6-inch full HD+ display screen won’t be anything to worry about. This huge battery unit, coupled with the energy-efficient SDM636, means that you’ll easily go through a day, two, three or even more on a single charge. Depending on how you use the phone, this combination means you can easily last four or more days on a single charge.

Even if the battery does run empty, it won’t be long before you hit the road. The phone supports lightning-fast charging technology that can fill up the 5000mAh unit from 0% to 100% in under 3 hours.

It’s a dual SIM with a dedicated microSD slot 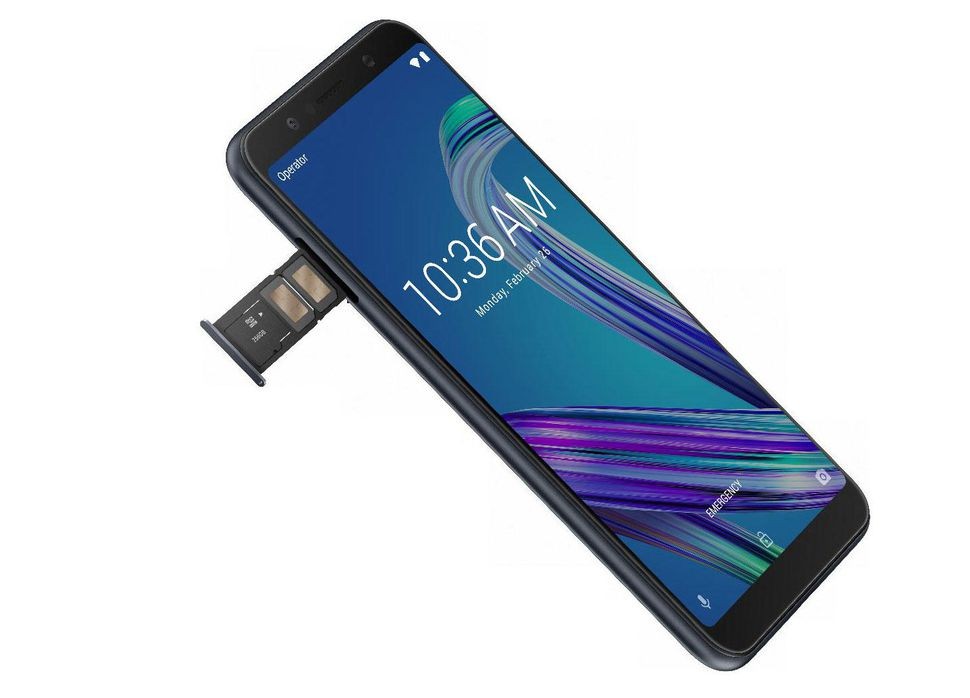 In the modern era, especially in markets like India, having a dual-SIM phone is a basic. This is why smartphone vendors bring dual-SIM phones to this market, however, we have those that make the experience quite annoying by including a hybrid slot that can be used either as a second SIM card slot or a microSD card slot.

On the ZenFone Max Pro M1, you get three slots: two for SIM cards and one for microSD card storage (supports up to 2TB). This way, you don’t have to sacrifice one SIM card in order to insert a microSD card into your phone.

Asus ZenFone Max Pro M1 comes in two color variants of Deepsea Black and Meteor Silver. Both colors will be available from day one, but we don’t know whether this is another of the trick OEMs pull, where they first launch a device with a few colors and later on throw in another color variant to spice things.

For six years, Samsung had dominated the smartphone charts in India, but in Q4 2017, Xiaomi took over the crown by shipping a cool 8.2 million units, more than the 7.3 million units managed by Samsung during the same period. One reason Xiaomi is winning this battle is it has some of the best in the budget segment, which is where Asus is targeting with the ZenFone Max Pro M1.

At just INR 10,999, the ZenFone Max Pro M1 is the cheapest phone on the market powered by the new Snapdragon 636 chipset. The phone also comes with a huge display screen that suits perfectly with most buyers today and thanks to the trending 18:9 design, it won’t be short of suitors. The icing on the cake is the clutter-free Android 8.1 Oreo that boots the phone out of the box. Well played, Asus.

So, what do you think about the new ZenFone Max Pro M1? Let us know in your comments below.