When will Zen UI 6 release for ZenFone 5Z, ZenFone 5 and ZenFone 4 handsets

Asus released the ZenFone 6 with one of the most interesting camera modules – a motorized 180-degree flip-up dual-lens camera that works both as the selfie and main shooter. While this design has undoubtedly been the major talking point, one other interesting thing the ZenFone 6 comes with is ZenUI 6.

Like many others, Asus’ version of Android has a custom overlay known as ZenUI and as you may have guessed, ZenUI 6 is, well, the sixth version in the series. The skin comes on top of Android 9 Pie that powers the ZenFone 6 and with it, the company seems to be embracing a stock Android-like approach to its software development.

As expected, users of older Asus ZenFone phones want to know if the latest ZenUI 6 will grace their devices at some point. And in response, Asus has confirmed that the ZenFone 5Z will receive the update, but there’s no release date so far.

Last year, it took about a month between the release of ZenUI 5 and its availability on older Asus phones, so it should also take a similar period for ZenUI 6 to arrive on the 5Z. Asus doesn’t “have a firm release date yet but our intention is to not take too long.”

Yes, that doesn’t sound very optimistic. So, don’t hold your breath for quick release of ZenUI 6 for ZenFone 5Z, 5, and more.

Asus is also expected to make the new ZenUI 6 skin available for more of its aging phones that include the standard ZenFone 5 and most, if not all of its ZenFone 4 handsets later this year, probably as part of the update to Android 9 Pie. 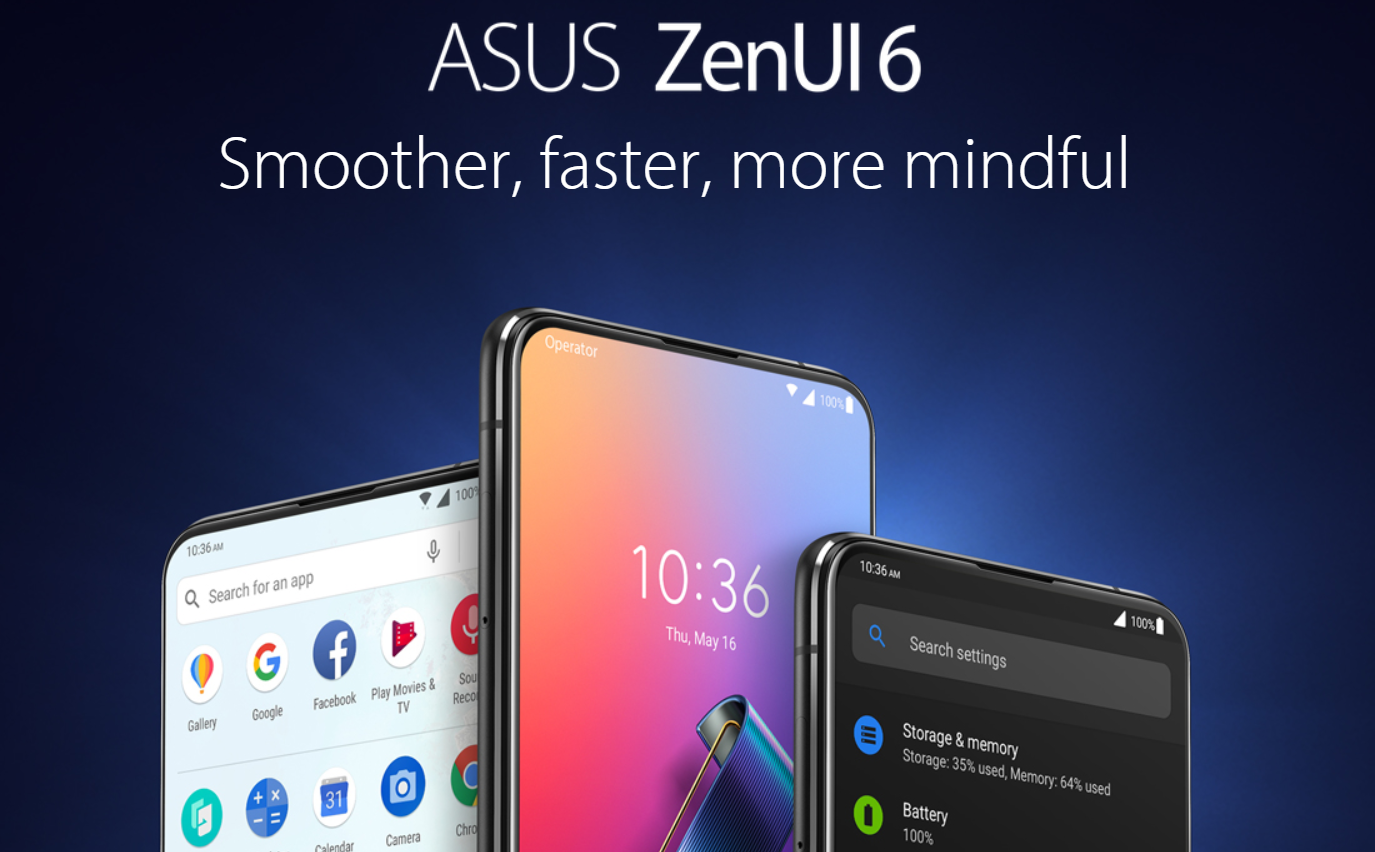