Back in the old days of the Android OS, manufacturers were trying to push forward their image of what the mobile software platform should be. From Samsung creating their own bloatware-packed TouchWiz UI to network carriers packing their share of adware apps and third-party services with the devices they shipped out, Android users repeatedly grew sick and tired of these bloatware apps ruining their mobile user experience.

Over the years, after a significant pushback by the Android community and legal altercations involved, bloatware on Android devices has either been significantly reduced, or they have been made removable by being removed from the list of System Apps on the device.

However, there still are Android OEMs that are guilty of pushing forward their own version of certain apps for notetaking, internet browser, music player and so many more that are less than stellar. But if you have the System app remover installed and root access enabled, you can easily find out what system apps are safe to remove and then uninstall them. 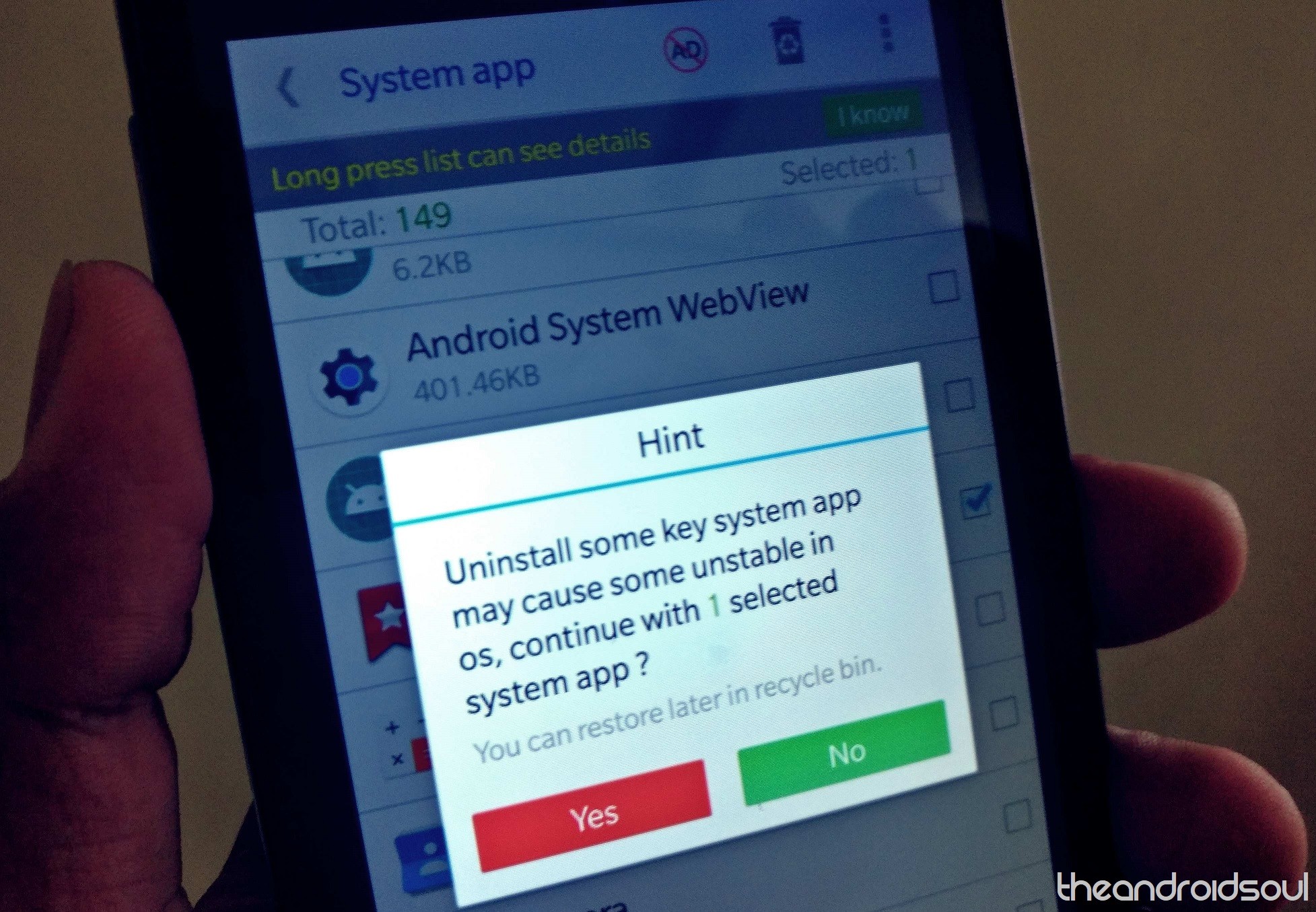 How to remove system apps safely

There’s a reason why Android OS keeps all of the system apps away from the reach of regular users, and that is because uninstalling one wrong app or service can cause unexpected errors in the system. Even with root access which allows you to remove system apps, you need to be especially careful when choosing which apps you want to uninstall.

This is why we’ve selected the System app remover app for the job since it helps you not only remove bloatware that is installed by the manufacturer as a system app, but also notifies you that certain apps that you “Should keep” and others that are “Key module” that you should never remove.

Note: As mentioned earlier, the ability to remove system apps from the device is granted only with Superuser access, which requires root. Hence, you will need a rooted Android device to use the System app remover.

That’s all you need to do to remove all of the unnecessary clutter that comes with your Android device right out of the box.

Do you know another way of removing system apps on Android that does it better than System app remover?