With the release of Android 7.1.1 Nougat update, ZTE Axon 7 becomes one of the few devices to receive the latest android version. Although the update can be seen as a step in right direction by ZTE, no update is without its set of issues.

Particularly for 7.1.1 update for Axon 7, we’re seeing lots of users troubled by the update, rather than feel happy about it. There is whole list of lots of issues on the Axon 7 Android 7.1.1 update that is produced below, along with the possible fixes.

While we understand that some issues do tend to creep in at times, we applaud ZTE for providing the update when various other devices, much higher in the price bracket are still running on Either Android Marshmallow or Nougat 7.0. Too bad it didn’t work out the way we, you and ZTE hoped for.

We have compiled a list of issues which the users seem to have faced with the update and also provided fixes for them. All these issues are being encountered by a sizable user base and we hope that they can solve their problems by referring to the solutions down below.

Ever since ZTE Axon 7 received its Nougat update, the device has been plagued with Fingerprint authentication issues on Android Pay and even after the latest 7.1.1 update, the solution is nowhere in sight.

There is a high probability that it is a hardware limitation rather than software based. Even Lineage OS 14.1 for Axon 7 has run into similar issues — although build from an entirely different source code — which gives us all the more reason to believe that the hardware implementation by ZTE may be at fault.

Ever Since the 7.1.1 update hit the Axon 7, users have been complaining about being unable to use their carrier data whereas the Wi-Fi connection seems to be working fine. The issue may not be as widespread, but it is a serious one indeed.

As if the problem wasn’t complicated enough, no amount of wiping data and cache partitions and even performing a factory reset seems to alleviate it. Even resetting your network settings seems to have no effect.

Solution: The root cause for the problem seems to be sideloading updates whilst they were not available for your region yet. Each firmware has specific radio band configuration and while installing cross region updates on unlocked devices such as Axon 7 should not be an issue, problems do occur at times.

We recommend that you roll back to your official 7.0 firmware and wait for your 7.1.1 update via OTA. The process may take some time but it guarantees to solve the issue.

Many users have reported call drops and/or voice delays ever since they updated to Android 7.1.1. The call quality issues are also accompanied by frequent signal drops whenever the device switches to a Wi-Fi network

Solution: The problem seems to be easily fixed by resetting your Network Settings. The process for doing so is provided down below:

After the settings have been reset, your device should automatically download the required configurations and the issue will be fixed.

LTE Issues Due To Carrier Aggregation

For the uninitiated, Carrier Aggregation is one of the major features of LTE, which allows mobile network operators to combine a number of separate LTE carriers to enable them to increase the peak user data rates and overall capacity of their networks and to exploit fragmented spectrum allocations.

Unfortunately, with the latest update, people seem  to be having issues changing their predefined bands and hence experiencing network drops. The issue is primarily software based as the feature is working perfectly on Lineage OS 14.1 without any hiccups whatsoever.

Solution: The latest update seems to have entirely broke carrier aggregation and until ZTE patches things up, your best bet is to rollback your device to the previous 7.0 firmware.

Alternative Solution: If you can’t deal with these network drops and still wish to run the latest 7.1.1 update, you can go over to XDA and download Lineage OS 14.1 for your Axon 7.

ZTE Axon 7’s latest update brings a string of bugs along with it. The 7.1.1 update is said to be crashing stock launcher often. The launcher seems to stop working when you make try to make an app shortcut on your homescreen or when you try to view your phone storage in Advanced settings > Storage. 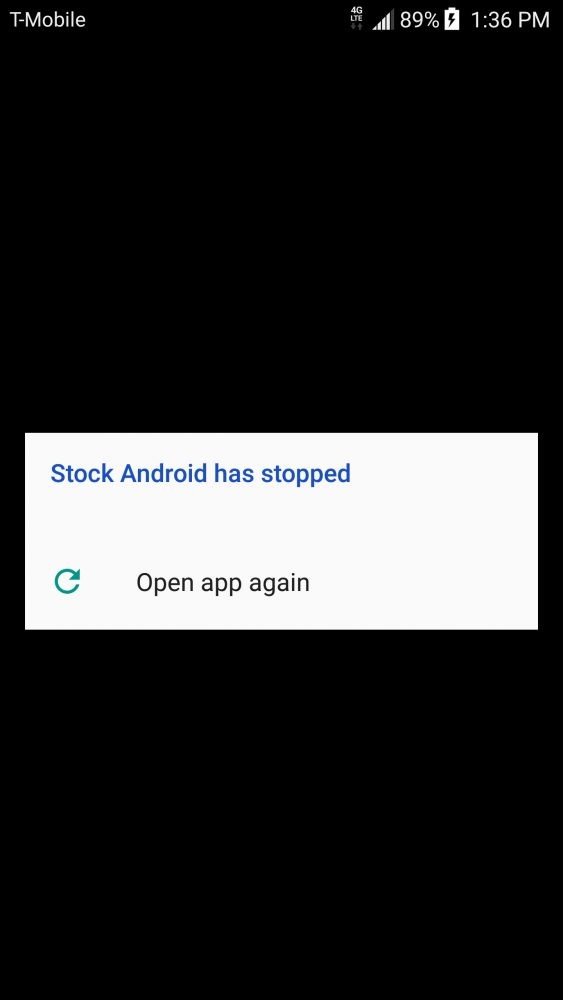 Solution: The problem can be solved by a simple wipe of dalvik and cache partitions on your device. The process is provided down below:

Well, the issues don’t look like ending. Many users are reporting about focus issues of the Axon 7 Camera. Be it the stock camera, Whatsapp, Telegram or one in Snapchat, the issue remains on any app that you may use as a camera.

Even after the device received its 7.1.1 update, the problem still remains which makes you believe that the issue might be hardware based. In case you’re sure that the problem is not in the hardware, you can always perform a factory reset.

Solution: The steps to perform a factory reset are provided below

Capacitive buttons for the Axon 7 seem to have went haywire on the 7.1.1 update. While the reason behind the issue is unknown, there is a set pattern regarding the problem itself.

Users are reporting that only the Recents button seems to be working at the moment with any both back and home keys not responding whatsoever. Moreover, all three keys seem to have lost their haptic feedback.

Solution: Reorienting your calibration for the device seems to solve the issue. The steps for doing the same are provided own below

Are you experiencing any of the issues mentioned above? If yes, then try the solution we’ve provided for each on of them above, and do let us know in case it doesn’t work out for you.

Are there any other issues with the ZTE Axon 7 Android 7.1.1 Nougat update that are bugging you? Do tell us, we would try to find a fix for it.

Android Wear 2.0 update rolling out for the Huawei Watch