As a gamer, you might want a mouse that offers all the gaming-related features like high-range CPI adjustment, additional buttons, wireless connectivity, long-lasting battery, and more. Functionalities aside, a gaming mouse is also supposed to be comfortable for longer periods of usage not just for you but for others present in the same room.

If you play MOBAs and games that require you to perform more actions per minute, then chances are that you have to get used to the incessant clicking of your mouse. While you may not realize that the excessive sound that your mouse clicks generate with a headphone on your head, the same may annoy others around you.

This is where a Silent Gaming Mouse comes in. These are mice that don’t produce much noise when clicked but at the same time don’t compromise the click quality that gamers very much like. That’s why, in this post, we’re listing all the silent gaming mice you can buy at various price points.

Related: 8 Mouse for large hands that are not heavy

What makes a Gaming Mouse Silent?

Unlike other gaming components, there’s no way to rate how noiseless a computer mouse is. That’s because the sound from a gaming mouse cannot be measured in decibels like cooling fans. But there are some other factors that can help you find a mouse that can let you play for longer periods of time.

The biggest factor that contributes to the sound of a mouse is its buttons. Depending on its price, mice mainly equip any of two types of switches – Huano and Omron.

If you’re someone who wants the most feedback out of your mouse during a game, then mouses with Huano will offer you the most satisfying clicks and are often cheap. As tactile as they are, Huano can be very loud at times and are thus not preferred for making silent mouses.

It’s the Omron that are used to make mice that get you a lighter and softer click that can also be quiet. The softer click on Omron switches is possible due to better usage of springs and other materials which make them more expensive. For the extra money, you don’t just get a silent mouse but also something that lasts you longer than other mice.

While both mice with both switches are popular in different gaming genres, Omron switches are used by gamers who are into MOBAs while Huano-based mice are more common for those playing FPS games.

Another contributing factor when it comes to silent gaming is the materials used to make the cable and skates of the mice. While clicks play a huge role in determining the noise from your mice, moving it here and there can also result in sounds that might annoy others around you. For a quieter sound, you can look for mice that have para-cables as their connecting cord and high-quality skates that don’t scratch with your mouse pad time and again. Mice from established brands will provide better cable and skates quality than others and oftentimes, these may get mentioned in a product’s info page.

All things considered, here are the top silent mice you can buy for your gaming setup.

Related: 12 best mouse with side buttons that so lightweight

The following gaming mice offer silent operation for under $50. 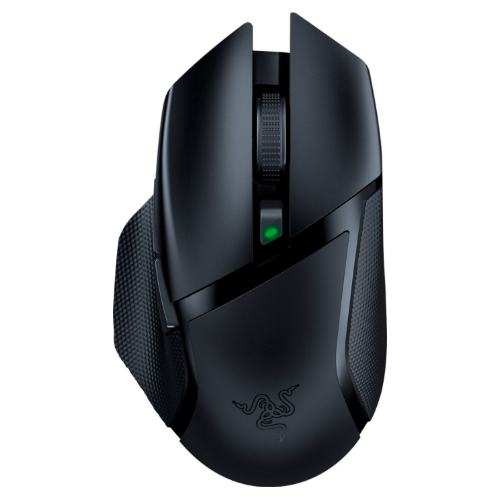 For under $50, the Razer Basilisk X HyperSpeed is not only one of the cheapest silent mice but is also one that supports wireless connectivity. Although the company doesn’t claim HyperSpeed as one of its silent offerings, it has earned its reputation for being “surprisingly silent” and “super quiet” from several users who have bought it. We believe that the mouse is able to achieve this because it uses Omron Switches that are known to be made of better materials for softer and lighter clicks and produce less noise during clicks.

Besides being less noisy, the Razer Basilisk X offers extreme low-latency and reduced interference thanks to Razer HyperSpeed wireless technology. It supports Dual Mode connectivity, meaning you can connect it to your devices through Bluetooth or 2.4GHz wireless.

The wireless mouse packs in a 450-hour battery that lasts when connected via Bluetooth while a HyperSpeed Wireless connection would bring down the battery life to 285 hours. There are 6 programmable buttons that can be assigned different functions using the Razer Synapse 3 software. The inbuilt 5G optical sensor offers up to 16,000 DPI sensitivity and 99.4% tracking accuracy. 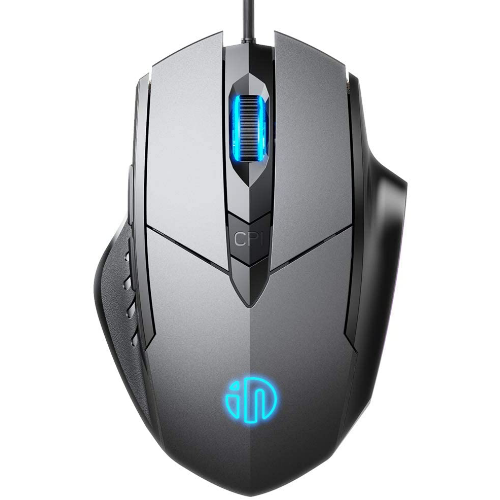 At just $10.99, the Inphic PW1 is a wired mouse that claims to offer silent click operation with up to 80% reduction of click sounds. Based on user reviews, the Inphic mouse appears to output little to no clicking sound when the left or right buttons are pressed, and even during intense gaming sessions, you may hear a softer “plud-ud” sound instead of an actual click.

The mouse is compatible with both Windows and Mac computers but the limited 4000CPI sensitivity adjustment may leave you wanting more. For those of you looking for cheaper access to trying out how a silent mouse works, this is a good option. 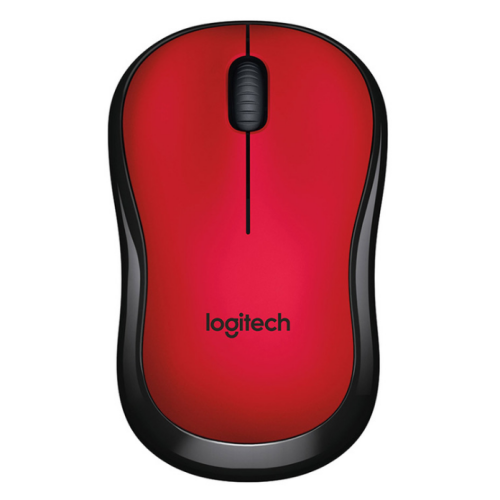 While this may not claim to be a gaming mouse, if you’re a casual gamer and you’re looking for the most silent mouse out there, the Logitech M220 should certainly be your best choice moving forward. The company claims that you should see a 90% reduction in click sound when pressing the left, right, or middle buttons on the mouse compared to conventional mouses.

Besides its silent operation, the Logitech M220 offers wireless connectivity using a 2.4 GHz USB receiver and a battery life of up to 18 months that can later be replaced with a single AA battery. Unless you’re in for an intense gaming session, you’ll have to make things do with just 1000 DPI resolution and without dedicated side buttons. 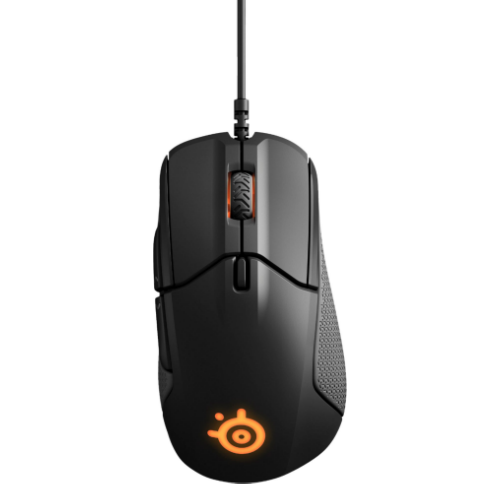 Like Razer, SteelSeries’ Rival 310 hasn’t been marketed as a silent mouse but several users have reviewed that the device offers a “muted click” compared to other gaming mice. Since the mouse’s buttons are rated at 50 million click durability, we can presume that they’re based on Omron switches which offer softer feedback suitable for games where you need to spam the mouse repeatedly.

The Rival 310 mouse is powered by the company’s Custom TrueMove3 sensor that offers up to 12,000 CPI sensitivity and 350 IPS tracking speed. The mouse weighs just 88 grams making it lightweight and portable and has two-zone RGB lighting with customizable lights and reactive illumination for in-game events.

You can buy these mice for your gaming setup without spending over $100 on one. 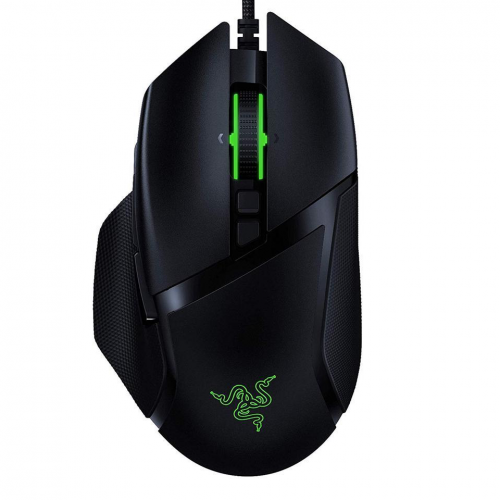 Although the Basilisk X Wireless is available for less than $50, Razer’s Basilisk v2 is a wired mouse that’s more expensive at $74.99 but with more functionality than its wireless sibling. Instead of just 6, there are now 11 programmable buttons that can be configured with various functions using the Razer Synapse 3 software. There’s also a boost in gaming performance as the Basilisk v2 provides users with Focus+ optical sensor that offers up to 20000 DPI sensitivity and a dedicated DPI button for switching between various levels.

Coming to the sound of the clicks, the Basilisk v2 doesn’t claim to be a silent mouse but after going through several user reviews, we can establish that the clicks are fairly quiet leaving no input lag or noise. Additionally, the Razer Speedflex cable on the mouse makes sure there is no cable dragging which may prevent noise caused by the movement of the cable. 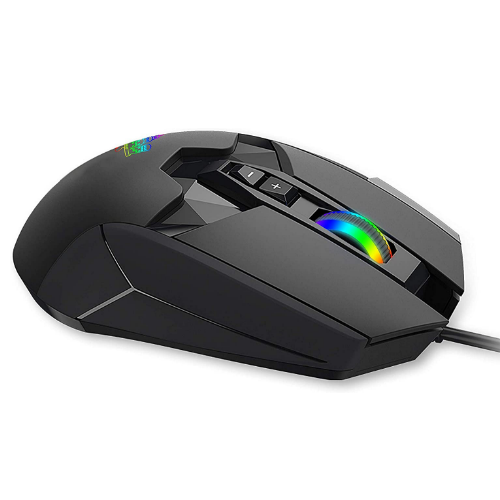 The Mojo Pro is powered by a PMW3336 sensor with up to 12000 DPI and 1000 Hz Polling Rate. The company advertises the mouse as a silent device for FPS/MMO games which require players to repeatedly smash the mouse buttons.

According to user reviews on Amazon, the Mojo Pro can be fairly quiet and you also get to control the click firmness to get your preferred feedback from the mouse.

There are 9 programmable buttons on the Mojo Pro including a rapid-fire key and there’s also the added ability to switch between gamer profiles.

If you’re willing to pay a little more, you can get your hands on the following silent gaming mice. 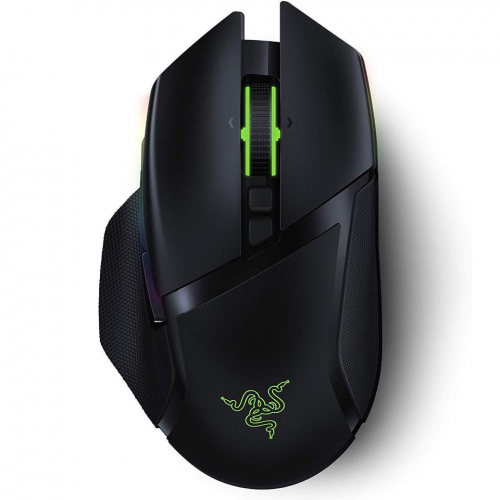 Although not marketed as a silent product, users have reviewed the Basilisk Ultimate stating that it offers silent clicking without compromising on its feedback. Being a wireless device, the mouse offers up to 100 hours of use on a single charge and it also has Chroma RGB Lighting. 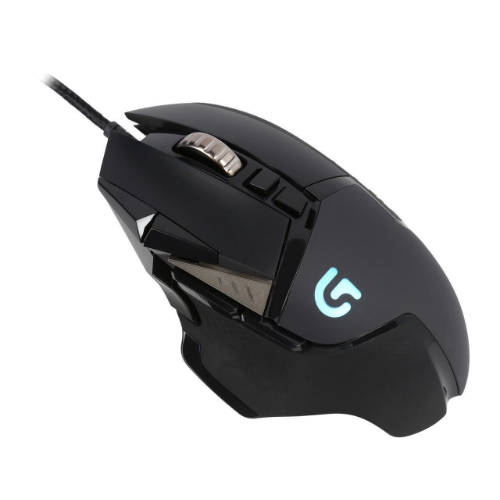 If you don’t like what the Razer Basilisk Ultimate has to offer, you may want to take a look at the Logitech G502 Proteus mouse. At $107.95, the Proteus is just a wired mouse but it comes with added benefits unlike others in this list. For instance, the Logitech G502 offers Dual-Mode Hyper-Fast Scroll which gives you the option to choose between fast continuous scrolling or precision scrolling on the metal wheel.

The G502 is powered by a PMW3366 optical sensor with 12,000 DPI sensitivity, On-the-Fly adjustment, and switches rated at 20 million clicks. Clicks have feedback but with less sound and if you keep the scroll wheel at precision scrolling, you can game quietly. There’s custom RGB lighting and a total of 11 programmable buttons that you can customize using Logitech Gaming Software.

That’s all the mice we can suggest for a silent gaming session.