Huawei Honor 10 was unveiled in April this year but made available in the Indian market only in the month of May. After its great success, especially in the Chinese and Indian markets, Huawei is holding an event on November 21 where it plans to launch the skeletal version of the phone, the Honor 10 Lite to take its success further.

Not only that, given the incredible success of Honor 9 Lite, we have been anticipating its successor in Honor 10 Lite for some time now.

Huawei published a teaser poster of the new phone on Weibo where we saw some interesting design changes on the rear panel of the phone compared with the parent phone, Honor 10. The rear cameras were seen vertically stacked, as opposed to the horizontal in the original. It also seems to have a fingerprint scanner and a gradient-finish on the back. 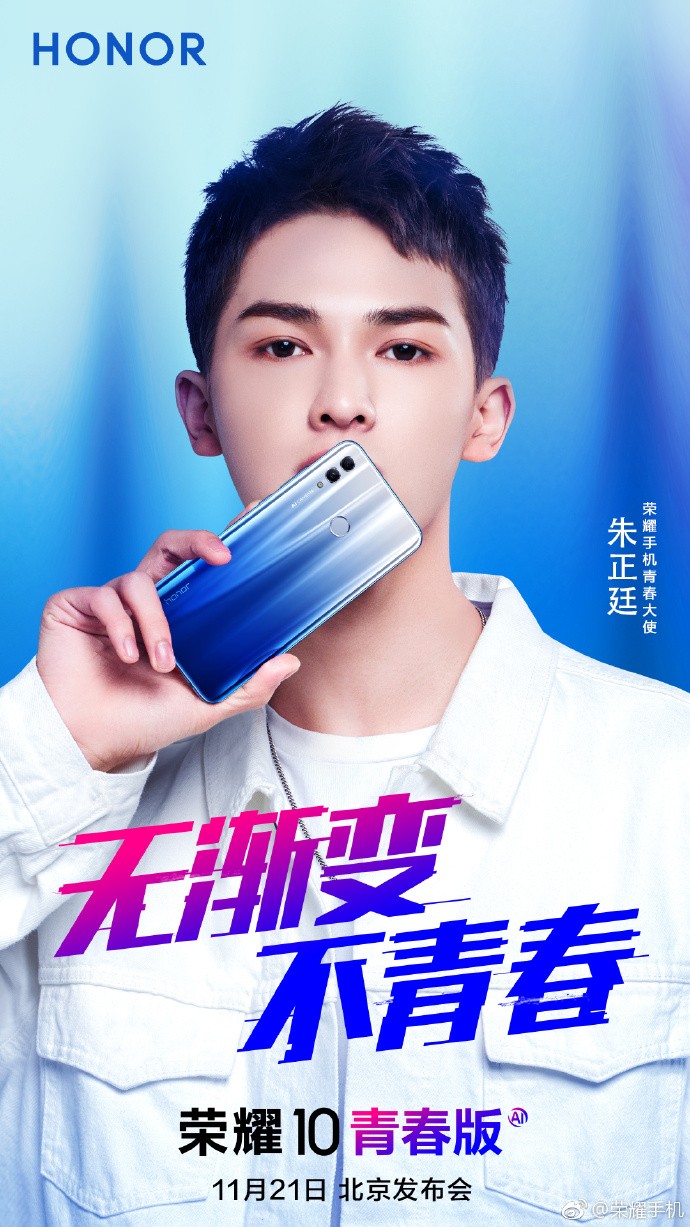 The poster didn’t reveal the front portion of the phone but some changes can be expected there as well since the fingerprint scanner has been relegated towards the back. Also, nothing concrete is known about the specifications yet but we do expect it to come with EMUI 9.0 atop Android 9 Pie out of the box. Although, given Huawei reputation, we won’t be surprised if it comes out with EMUI 8.2 that is based on Android 8.1 Oreo.

Anyway, we’ll have all the information once the device is officially launched on November 21 in China. Currently, we have no word from Huawei whether the phone will be launched later in India or not. But looking at Huawei’s success in India, it won’t come as a surprise if it indeed does. Keep watching this space for more news and updates on Honor 10 Lite and its availability in India. 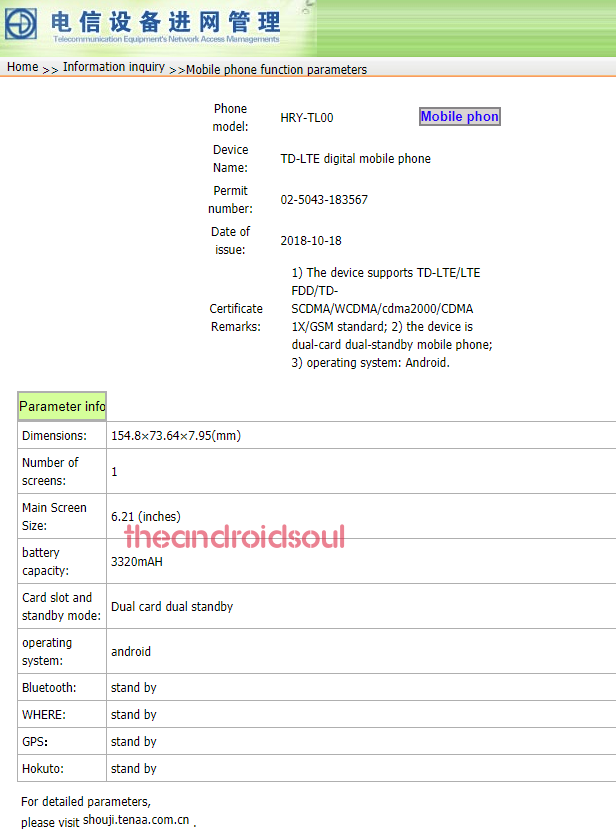 Thanks to TENAA, we have got hold fo some of the specs of the Honor 10 Lite.

More specs should be available soon.