Google Hangouts is pretty far from the other popular Android applications from the firm. However, it seems like the firm is planning to address some of the issues that the users are pointing out with the rollout of the Hangouts v4.0 update.

This update has not been announced officially by Google, but those folks at Android Police have got their hands on the pre-launch version of the application. They have revealed the screenshots that hint at a significant revamp of the user interface.

As per the leak, the Google Hangouts v4.0 will replace the existing three-column layout with a single column one. This will make the app smarter and make better use of the space that is available. The home screen will show a list of the most recent conversations and there will be a floating button that will let the users to engage in either a conversation or video call with one or a group of contacts. 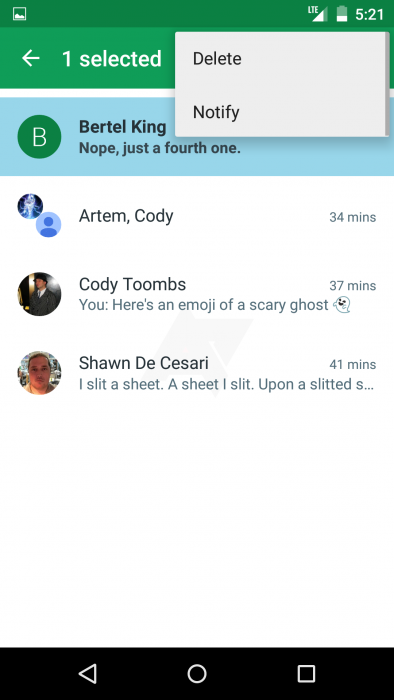 There are changes made to the conversation screen as well. The changes include slight improvements such as rounded corners of the text boxes and removal of the user avatar in the conversation view screen. There are major ones such as dedicated buttons to share location info, stickers, emojis and pictures.

Furthermore, the Hangouts v4.0 will also bring the ability to change the user status that is available in the web version of the application for quite sometime. When compared to the existing version of Hangouts, this upcoming one seems to have a refined user interface that makes it easy to use and less confusing to navigate.

You Can Purchase the Samsung Galaxy A7 in U.S. from Amazon