Android 10 for Note 10 announced by Samsung!

Sushan
[Update (October 23, 2019): Hours after announcing Android 10-based One UI 2 beta in Korea, Samsung has made the launch official in the United States, as well. However, unlike the Galaxy S10 family — where Samsung opened the beta to T-Mobile and Sprint users alongside unlocked users — One UI 2 beta for the Note 10 would be exclusive to unlocked users. No release date has been specified, but we are optimistic to see the rollout in the next few days.]

Over the last week and a half, Samsung has announced and rolled out Android 10-based One UI 2 beta for the Galaxy S10 family in many countries. Keeping in line with its launch tradition, Samsung didn’t allow its latest Note device to get the update alongside the current S-series flagship.

Note 10 users were understandably miffed with Samsung’s decision, but the South Korean OEM has been quite prompt with damage control. As per Samsung’s latest announcement, the Note 10 and Note 10 Plus (5G variants, too) are next in line to receive the highly-anticipated One UI 2 beta update. 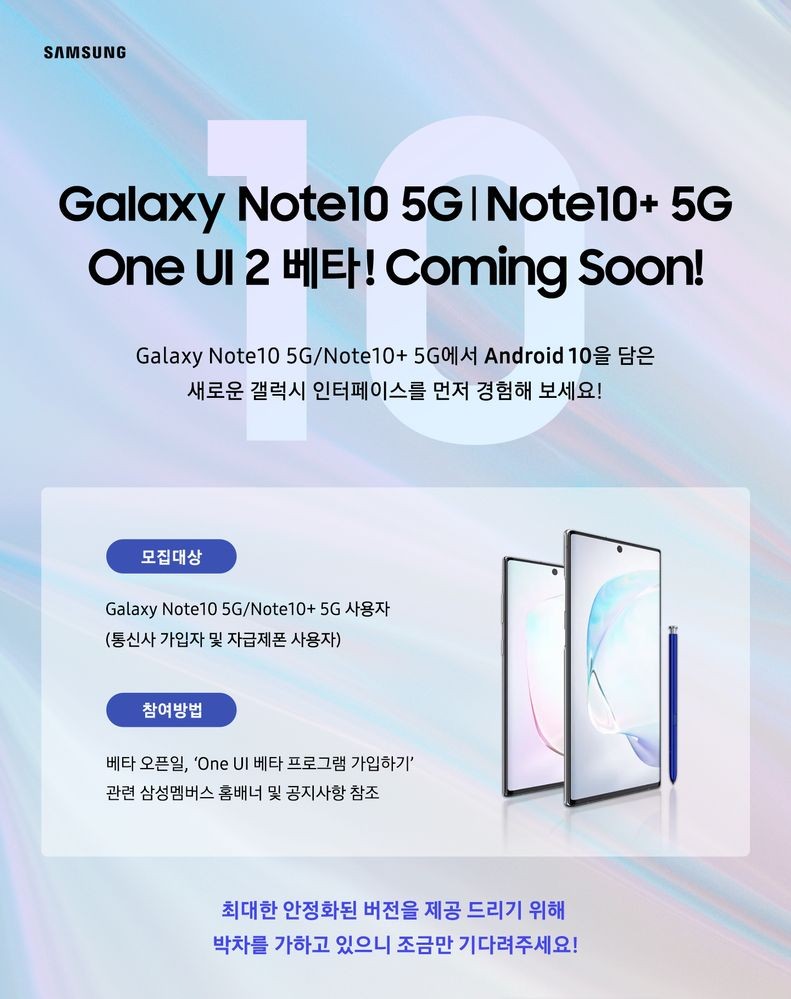 The announcement doesn’t give out the release date, but considering how quick S10 got the update, we should see it go live in the next couple of weeks. As always, the update should go live in Korea before any other region.

Recently, a Samsung customer care representative claimed that One UI 2 beta for the Note 10 devices could go live on or around October 24th.

To register for the beta program, simply head over to the Samsung Members app, look under the Notices tab and enroll.