What is the difference between Galaxy S10, Galaxy S10 Plus and Galaxy S10e

Samsung launched its S10 line of flagship smartphones for 2019 at the Unpacked event in San Francisco. The new lineup consists of three smartphones: The Galaxy S10e, Galaxy S10, Galaxy S10+, but beside them, Samsung also released a 5G variant and Galaxy Fold smartphone.

All the regular Galaxy S10 smartphones are pretty great and even the ‘low-end’ Galaxy S10e does not lose out on much from its pricier siblings.

So, let’s see what is the difference between Samsung’s new Galaxy S10 handsets.

Ah, but before we do that, let us tell you this: be sure to check out the common features section after the difference column below to see what doesn’t change whether you S10e, S10 or S10+. 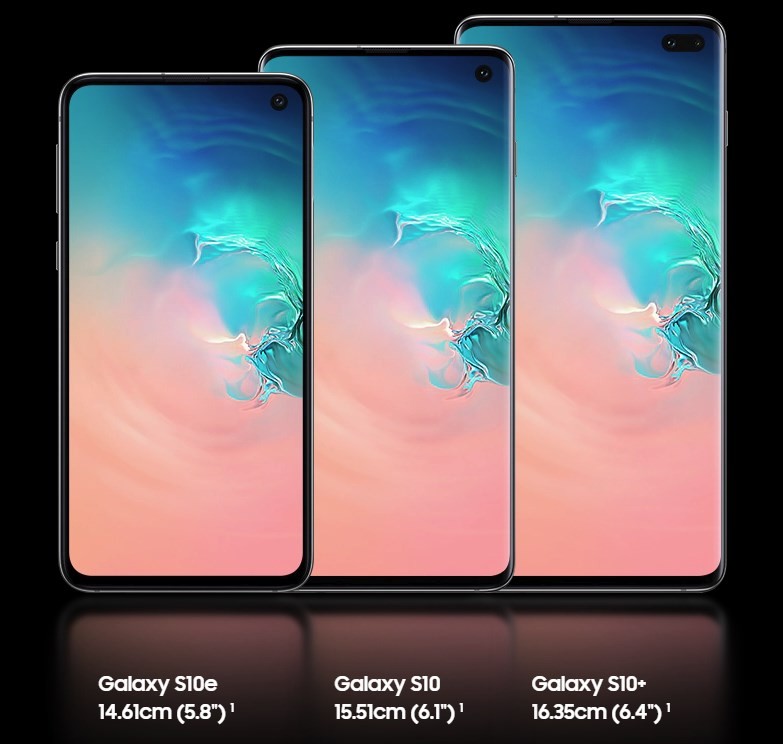 Here are the differences between all three variants:

The lower priced Galaxy S10e misses out on features such as the in-display fingerprint scanner and the telephoto camera as well as the curved edge display.

The one thing to note is that the Galaxy S10 Plus does gain the advantage of a ceramic model and also would be available with a whopping 12GB of RAM and 1TB of internal storage which is completely bonkers.

These are the features that remain all the same whether you get the S10e or S10 or S10+.