If you love Spotify, then you’ll be excited to know that several new UI changes are coming, or are already available, to the Android version. The music streaming service is currently testing new changes to the UI, new style elements, layouts, and more.

As per the report, some of these changes have been noticed by a lot of users, and that Spotify is actively enabling them server-side. These changes includes, a new three-tab layout, simpler lists, bigger UI elements, and more emphasis on colors.

Since these changes are being made by Spotify on the server-side, you may or may not see them. Updating the app to the latest beta version also may not guarantee in you seeing the changes. We’re going to talk about all the changes in brief. 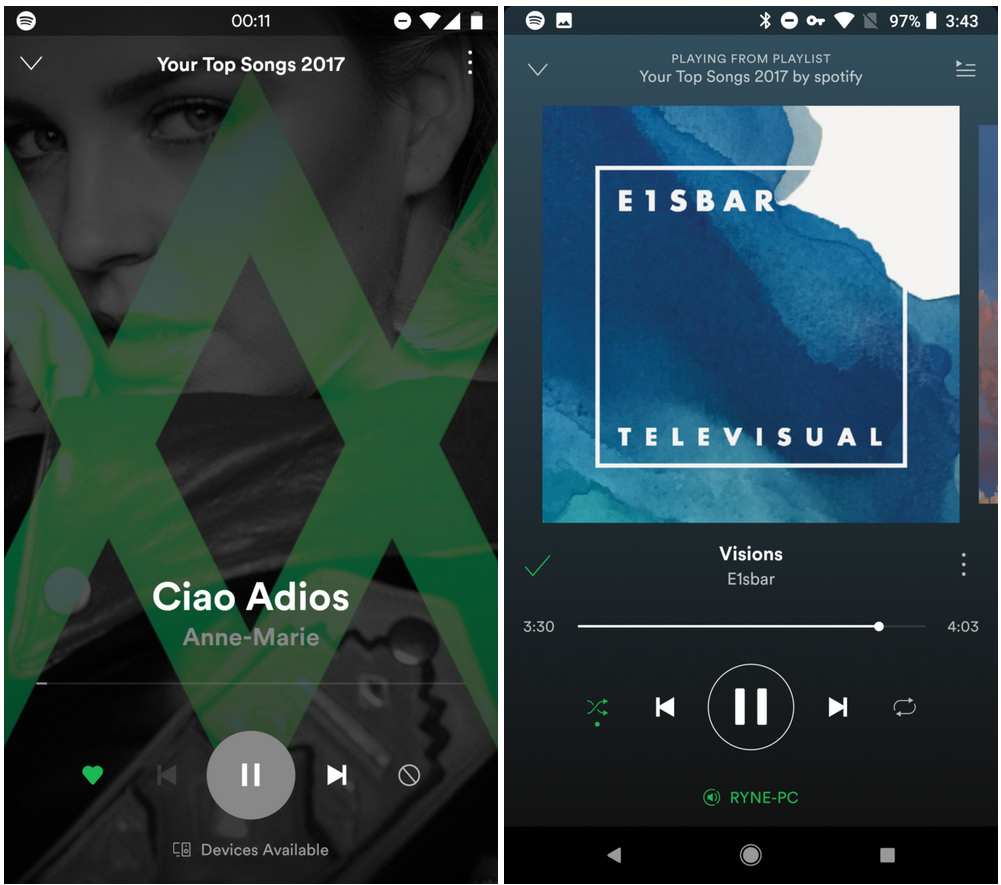 First up, the Now Playing screen gets a new layout that is super clean and very easy on the eyes. This is one of those changes that Spotify has been testing for a long time, still not sure on what’s best for users. You can try to see the new look by heading to Home -> Made for You -> Your Time Capsule and playing a song. 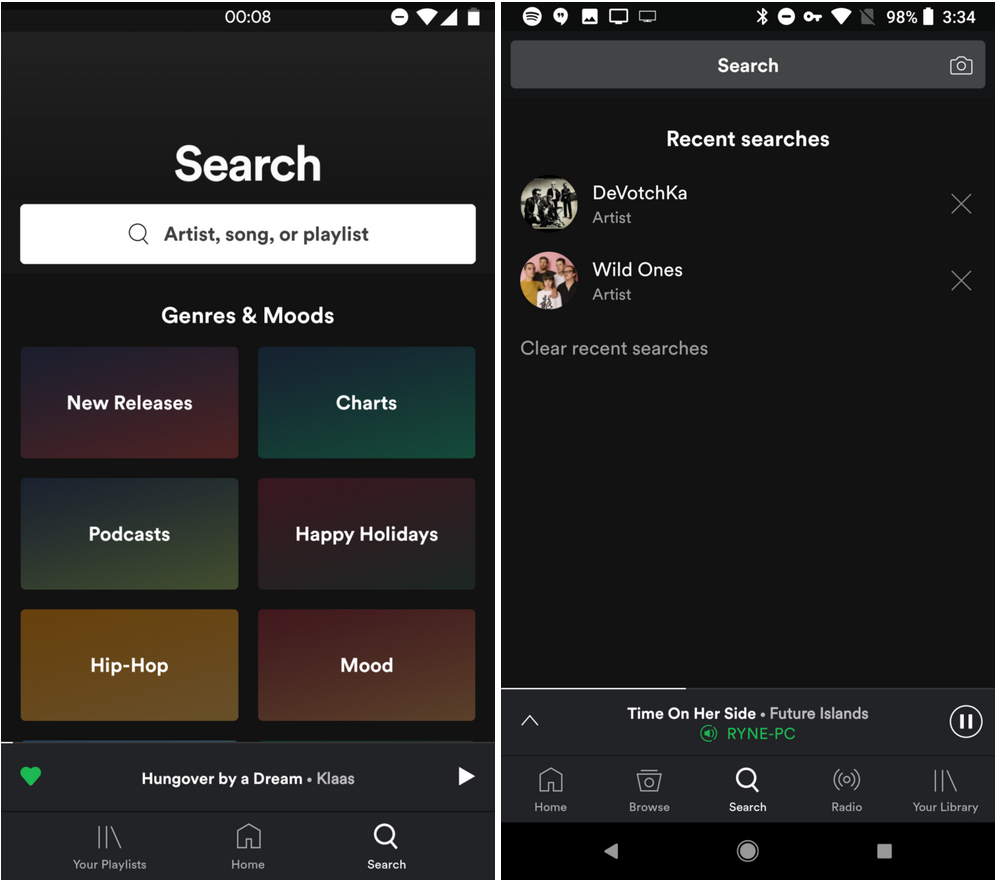 Second, the Search option is now much better and gives users an improved experience. The new layout gives you more options to search from, making things faster. The navigation tab layout at the bottom has also changed, and instead of five, there are only three options now. 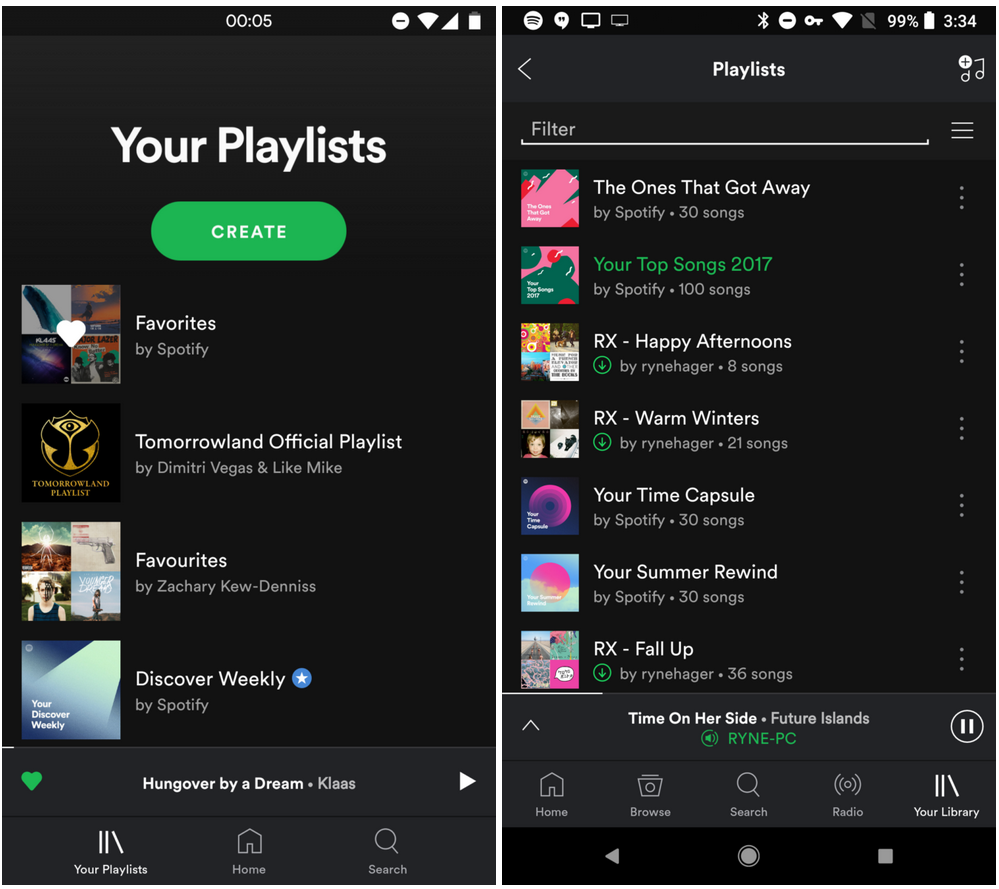 The Your Playlists and Your Likes pages have also received new UI changes. The texts are bolder and bigger, the lists are simpler, and the important buttons such as ‘Create Playlist‘ or ‘Add More‘ are right in front of you. The Your Likes page is most likely a replacement for the Liked from Radio page.

Apart from these main changes, the Home page also gets a new Made for You selection, and the Settings and Profile button are now at the top. Overall, this new UI change is all about making the app more cleaner with bigger elements, easier navigation, and lesser buttons/menus.

We aren’t sure when exactly these new changes would start appearing for all Spotify users. The company is probably testing them out rigorously before bringing it to the masses. And that’s good. What do you think of the new UI changes?