Its been years since the last Galaxy View was carried by AT&T, but it seems a new model is coming up soon.

Late last year, we bumped into an unknown Samsung Galaxy device on the Wi-Fi Alliance with model number SM-T927A. It was rumored that this was a refreshed Galaxy View 2 being lined up for launch, but to date, the device hasn’t come to fruition.

Now, another piece of evidence about the existence of the slate has surfaced, this time through benchmarking platform Geekbench. The same device carrying model number SM-T927A has been spotted giving us a few details of the specs to expect.

The WFA did reveal that the alleged Galaxy View 2 will come preinstalled with Android Oreo, something that is echoed in the latest listing, only that the device is currently running the newer version 8.1. For the hardware, the tablet will ship with an Exynos 7885 processor allied to 3GB of RAM. 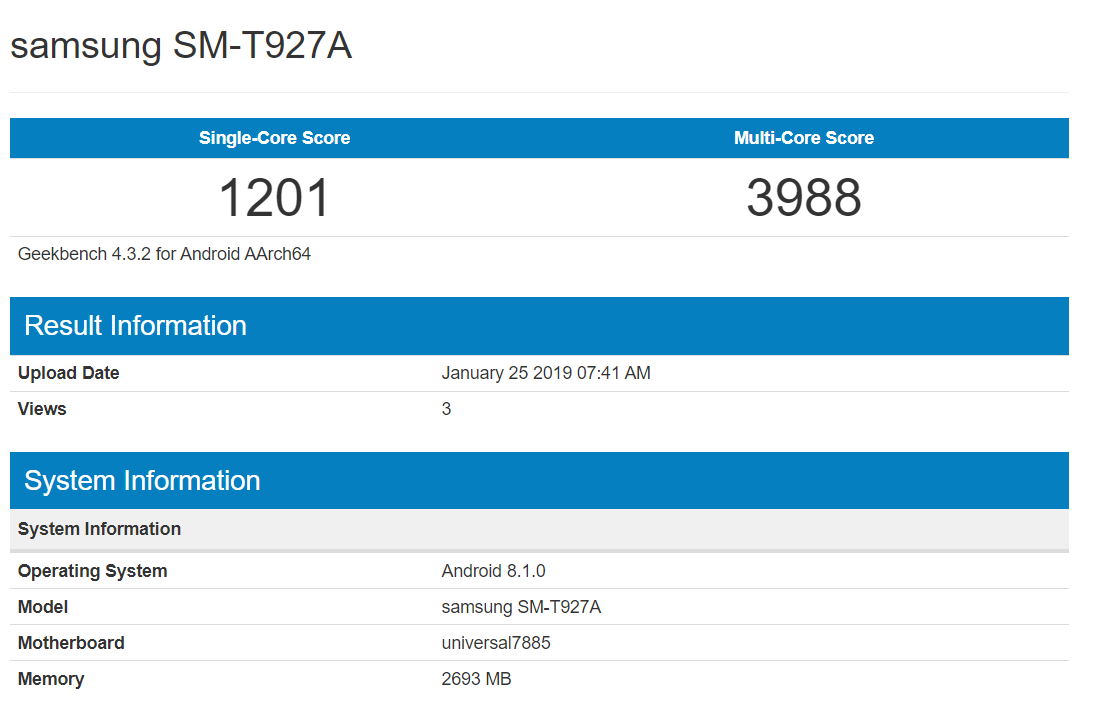 Other than these, the benchmark doesn’t give out any other major specs of the View 2, but with a major launch event coupled by a major tech event coming up this February 2019, we won’t be surprised if more details keep showing up.

Details of the Galaxy View 2 release remain unknown for the moment, but once again, we should get more details about this device in the coming days or weeks for that matter.

Android 9 Pie with One UI for Samsung Galaxy A6 and A6 Plus is coming soon!