Samsung pushed the Android 9 Pie update for the larger 10-inch models of the Tab A 2017 a while back but left the smaller 8-inch variants out of it. But it looks like that won’t be the case anymore as Samsung’s One UI topped-Pie update now looks ready for the 8-inch variant too that comes as model no. SM-T380 and SM-T385.

The 8-inch models of the Samsung’s Tab A 2017 tablets have been cleared today by Wi-Fi Alliance (also here, among many other listings of various models), which means the update is one step closer to release now. But that would still mean a wait of one month approximately, give take a few weeks. 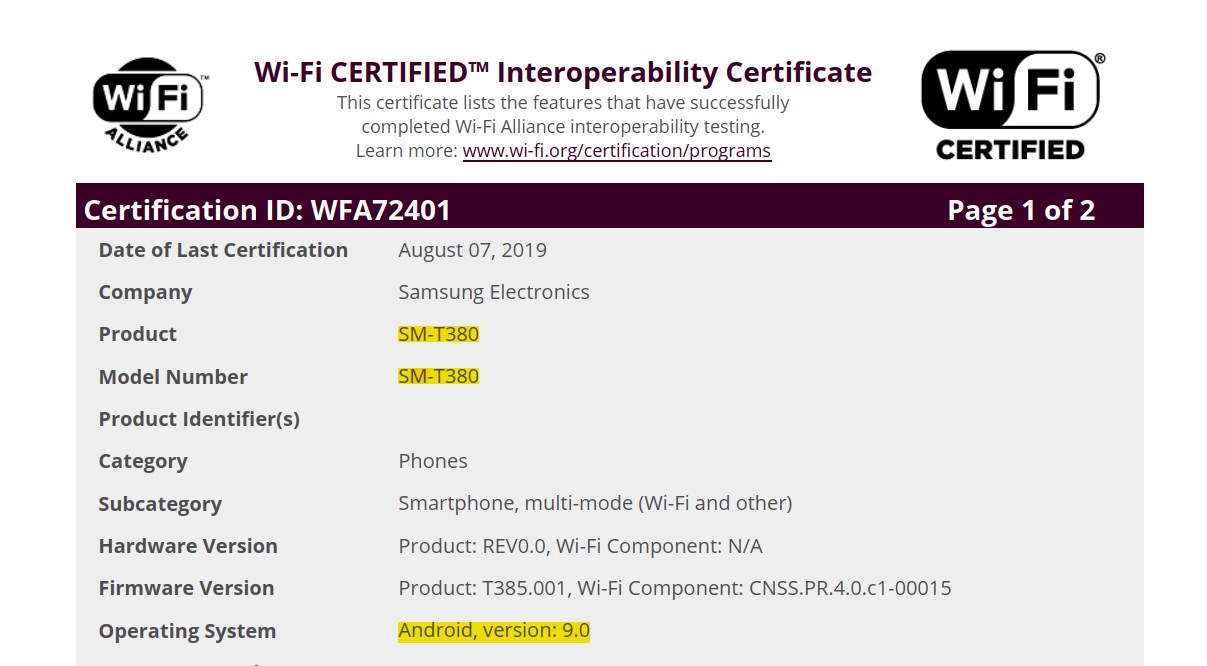 Samsung continues to make its One UI update available for all the eligible phones as it also begins to prepare the next version of its custom skin in One UI 2.0, which will be based on Android Q update.

The latest devices to receive Android Pie update are the Galaxy J3 sets in the US, which received the Android 9 OTA recently at Verizon, US Cellular, and in Canada.

Samsung released the Tab A 2017 tablets with Android Nougat pre-installed, so it’s incredible of Samsung to support even the budget tablets with Android 9 Pie update. Speaking of which, Samsung recently launched its greatest tab ever in the form of Samsung Galaxy Tab S6, which packs in an incredible spec-sheet including Snapdragon 855 processor and S-Pen, all for the starting price of $649.