We are as upset as you are. This means OnePlus is the only OEM to update its 2017 flagships to Android 9 Pie. 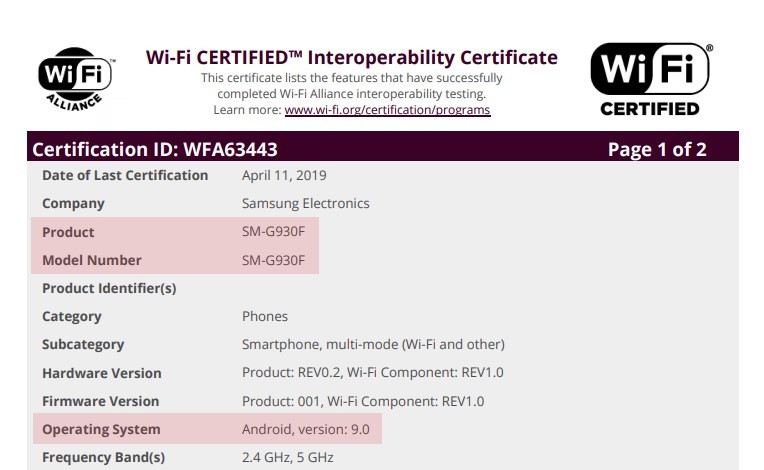 You heard it right. Samsung is indeed preparing Android Pie for Galaxy S7. And the company may release the same within a month or two from today (April 11).

Yes, by the end of May probably, the Galaxy S7 around you may be rocking One UI update based on Android 9 Pie. Why, because we just spotted Wi-Fi alliance certify the Android 9.0 OS for a device that carrier model no. SM-G930F and all its other variants. It usually takes the OEM about a month to roll out first (beta) build of the update once it’s approved by Wi-Fin Alliance.

It doesn’t matter which variant of the Galaxy S7 you have. Whether it’s a carrier variant in the US, SM-G930A/P/T/V, or a Canadian one (W), all the Galaxy S7 handsets were certified for Android 9 Pie today. So, the Android Pie build is under preparation for all of them.

The screenshot at the top shows Wi-Fi Alliance certifying Android Pie for the Galaxy S7 (global variant, G930F). While the one below shows different models numbers of Samsung’s S7 that got certified for Android 9 Pie. 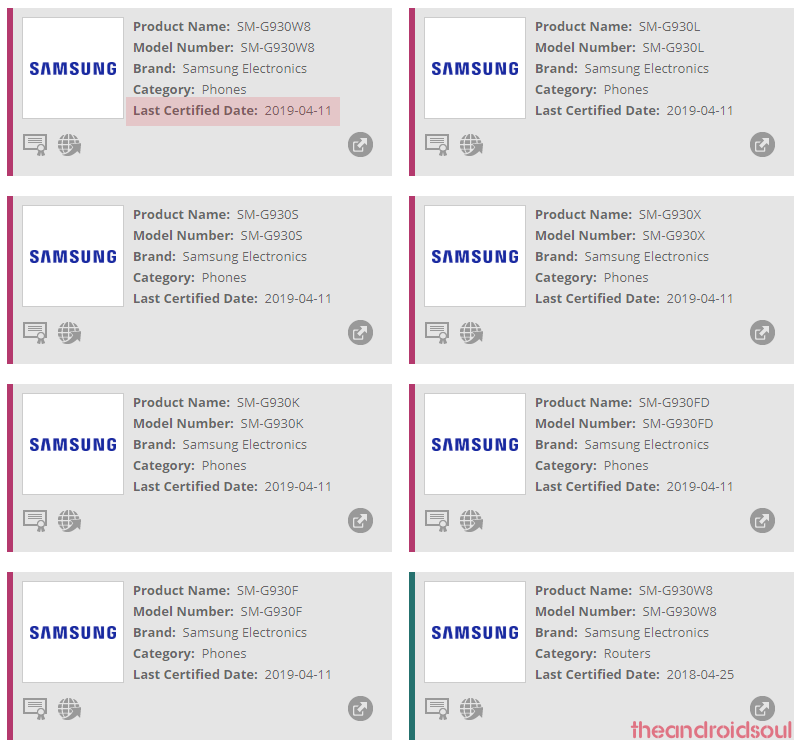 Maybe Samsung’s doing a OnePlus — the latter is bestowing Android 9 Pie for its last 3rd flagships too in OnePlus 3 and OnePlus 3T.

Well, strangely enough, none of the S7 Edge variants have been certified for Android 9 Pie, yet (as of April 11).

But don’t worry, we are sure that the Galaxy S7 Edge has got one under preparation too, and we should be seeing the G935 models get certified at Wi-Fi pretty soon. Keep watching this space for that.

Samsung announces Galaxy Tab S5e and Tab A 10.1 for the US

How to use PicsArt photo editor app like a pro