Samsung Galaxy M10: All you need to know, including U.S. availability

After months of rumors, Samsung Galaxy M10 is finally among us. The phone was unveiled in India, debuting alongside the slightly superior Galaxy M20 as the first of devices in the new lineup of Samsung Galaxy M series.

The major highlight of the Galaxy M10 is the Infinity V display panel that rocks a cool-looking waterdrop-style notch housing the front camera. Much like what you find on the tri-lens and quad-lens Galaxy A7 2018 and A9 2018, the M10 also comes with an ultra-wide camera on the dual-lens setup on the back.

Let’s check out the full specs. 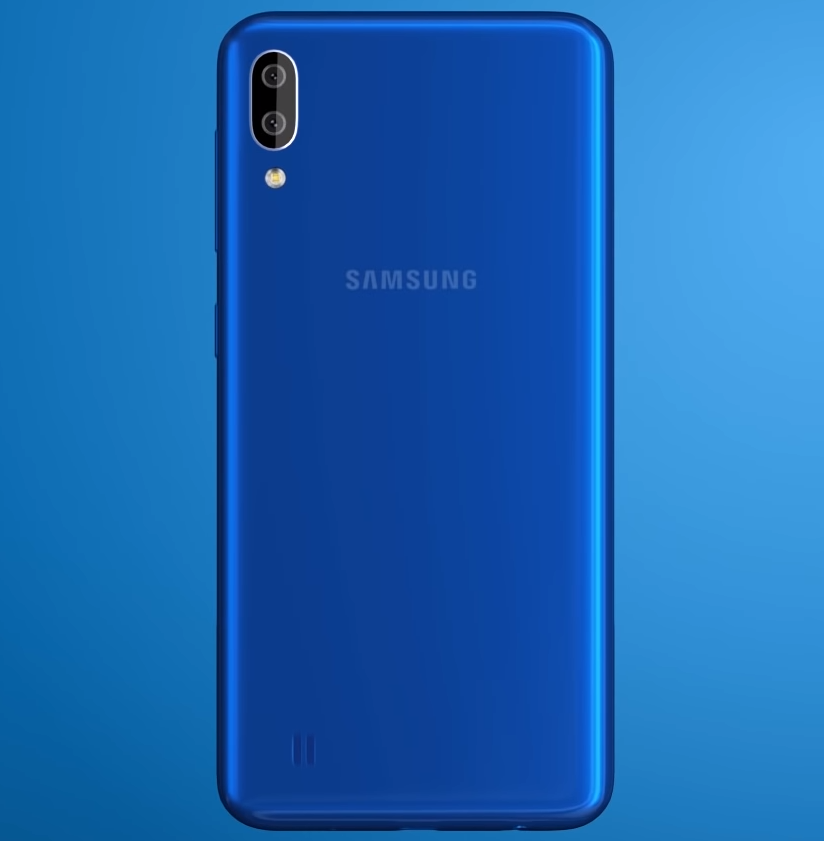 The 6.2-inch LCD panel is big enough to fit into the idea of what Samsung’s target market – millennials – wants. With a 3400mAh battery, the HD+ panel shouldn’t cause any excessive strain to the Galaxy M10 battery, but the lower resolution leaves it a step behind the M20 and its full HD resolution, although this is something the naked eye can easily miss to spot.

For the raw power, the Galaxy M10 packs an Exynos 7870 chipset allied to either 2GB RAM and 16GB storage or 3GB RAM and 32GB storage. Whichever memory option you pick, there is room to expand via a microSD card.

Samsung chose to go with Android 8.1 Oreo with Experience 9.5 for the M10’s software, but we know an update to Android 9 Pie with One UI on top will be released somewhere in August 2019. 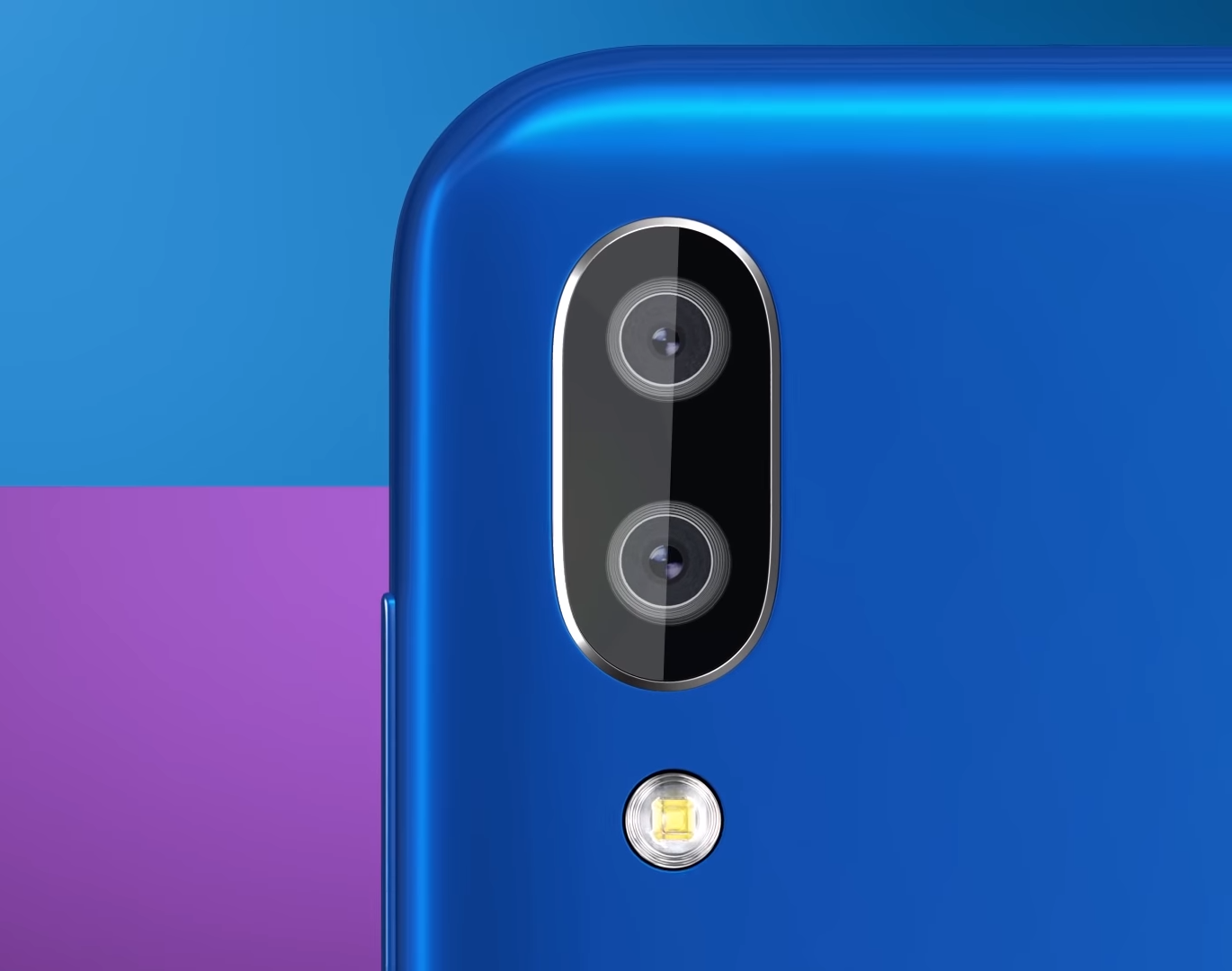 Looking at the design language of the Galaxy M10, you are getting basically the same pattern like its slightly costlier cousin, but with a plastic build. The same waterdrop-style notch leads on the front on which rests a 5MP selfie camera while the back has a dual-lens camera featuring a game-changing 5MP ultra-wide lens that promises to capture a field of view of up to 120 degrees.

Unfortunately, there is no fingerprint scanner on the back of the Galaxy M10 and neither is it on the front like the Galaxy S10 or side-mounted like the Galaxy A7 2018. It’s simply not there, leaving the back panel as clean as it can get.

Interestingly, ditching the fingerprint scanner is not even strange considering the pricing of the phone, what’s weird about the design of the M10 is the speaker placement, where it appears on the back. This means when the phone is resting on a table with the screen facing up, sound output will be affected.

Samsung launched the Galaxy M10 in India on January 28 and begins selling on February 5th via Amazon India and Samsung online store. Just so you know, these phones will only be available online, although things could change in future.

We know the Galaxy M10 is a budget phone aimed at the developing markets and not just India. That said, we expect it to be unveiled in more markets across Asia, Europe, Africa, Latin America and probably North America too. 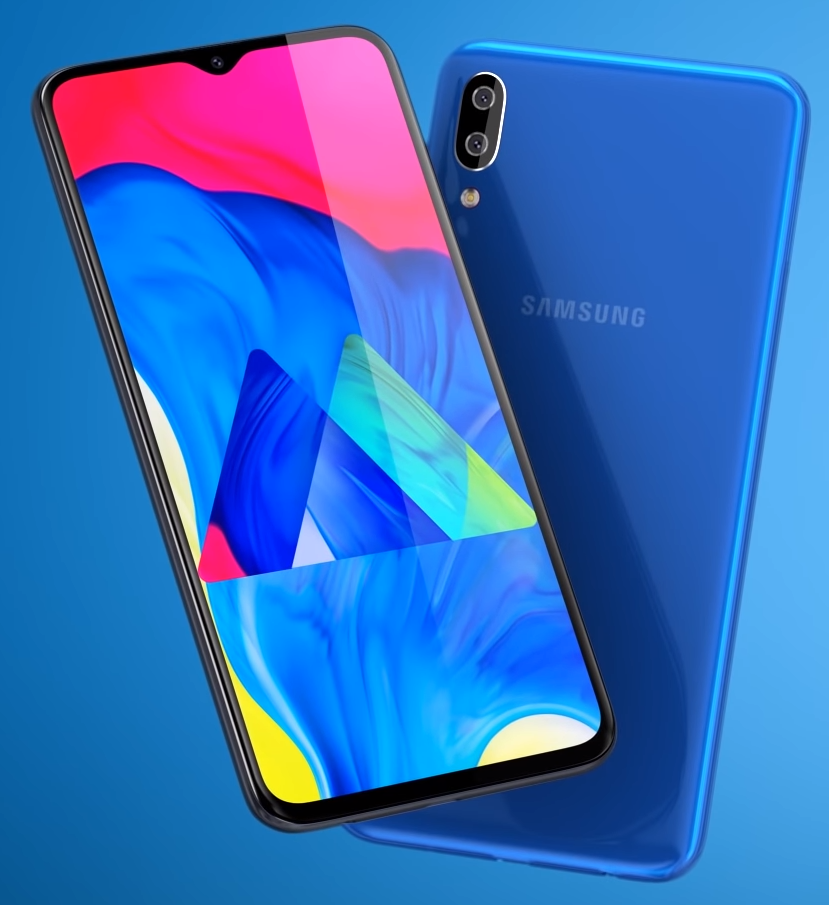 With the Galaxy M10, Samsung hopes to recapture its lost glory in the budget segment where the Galaxy J series has been a mainstay. Just by looking at the pricing, many will agree that the Korean company is after the likes of Xiaomi’s Redmi and Huawei’s Honor divisions.

Xiaomi recently announced the Redmi Note 7 that boasts a premium design, impeccable features, a massive 48MP camera, runs the latest Android 9 Pie out of the box, yet priced at the usual Xiaomi-like figures of under $150. The company is also expected to unveil the Redmi 7 and Redmi 7A, all of which are expected to pose serious threats to the survival of the Galaxy M10 and M20.

Huawei and Honor are also doing a great job in the budget segment. With devices like the Huawei Y7 Prime 2019, Huawei Y7 Pro, Honor 7A, Honor 7C, Honor 10 Lite, as well as the upcoming Honor 8A and probably Honor 8C be huge stumbling blocks for the Galaxy M10.

Asus also has something to offer in the budget segment, including devices like the ZenFone Max M2 that packs some punch yet it goes for INR 9,999 for the base model of 3/32GB. The Taiwanese company is also expected to refresh its line of ZenFone Live devices that are known to offer great value for money.

Samsung has yet to reveal the release roadmap for the Galaxy M10, but based on previous happenings, we could say a thing or two regarding this matter, especially for those in the U.S. There is no doubt that most emerging markets will get the M10, but the only proof we have of the possible coming of the phone in the U.S. is an FCC listing for model number SM-M105F.

This listing was spotted way before the launch of the Galaxy M10 and while such an appearance on the FCC should naturally translate to U.S. availability, we can’t guarantee this for now. Still, we have heard rumors that the Galaxy M series will replace the Galaxy J series and since this family of phones was sold in the U.S., their replacements should also be sold stateside.