The release of Motorola’s flagship smartphone Moto Z2 Force is long awaited now. In fact, it was touted to be unveiled last month which clearly did not happen. Now the Moto Z2 Force has appeared on AnTuTu benchmarking site bearing model number Motorola XT1789-05.

Thanks to the AnTuTu listing, some of the specifications of this Motorola flagship device gets revealed which include the latest Qualcomm Snapdragon 835 processor paired with Adreno 540 GPU. 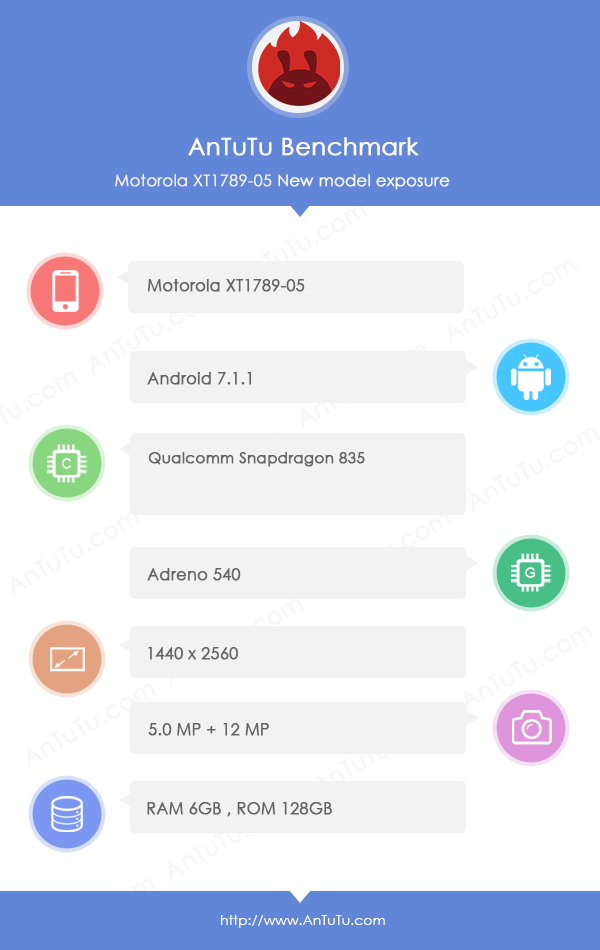 Sporting a 5.5-inch display of 2K resolution with 1440×2560 pixels, the Moto Z2 Force will run Android 7.1.1, as per the AnTuTu listing. The listing also mentions that the phone will carry 6GB RAM and 128GB internal storage.

The cameras on board will be of 12MP and 5MP resolution for back and front respectively. Notably, past reports have hinted towards rear dual camera set-up of 12MP+12MP resolution on this Motorola device.

Interestingly, Motorola reportedly has planned to launch Moto Z2 Force via more than one carrier in the US, breaking past norm of making its flagship products Verizon exclusive. Thus, T-Mobile and AT&T are also touted to carry Moto Z2 Force when released.