Have a Xiaomi phone, a Mi or a Redmi? You are about to get a UI update if you are running a beta software on your device! The latest in the series is MIUI 10 Global Beta ROM 8.10.11 that pushes out a string of minor updates.

Based on MIUI 10 in case you are wondering, the global beta ROM 8.10.11 is a pretty minor update, with the highlight being system optimizations.

As per a changelog preview, the upcoming MIUI beta update is going to fix the issue with the Mi Cloud (which was sporadically unresponsive). Also, many German users had reported an error with the date format which is being fixed by the latest update. There also was a bug due to which update notifications were popping even when no system app needed an update. This glitch too has been fixed in the latest bump up. 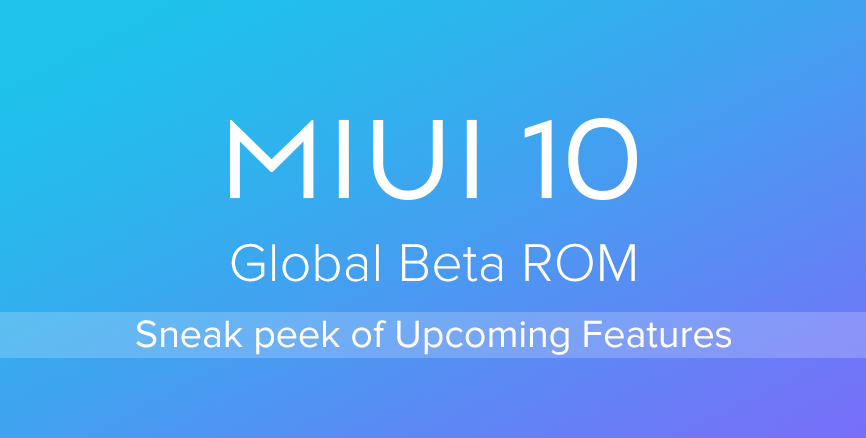 Also, a fix for the common issue experienced by many Mi users has been released, which left them without an icon for the Mi app in the notification panel even after restarting the phone.

This very Global Beta ROM 8.10.11 is also going to fix the issue with the SIM card names when directly opened from the Settings menu. The issue was highlighted when many Mi users complained that the names were blackened.

While it is indeed tough to keep a track of the updates that are being rolled out, a changelog can always help you understand the new changes.

The download links to this Beta ROM will be available the next day of its global release, as usual. Those who wish to install it manually should keep an eye on our MIUI 10 download page. Hopefully, the latest update will fit the bill set by users.