LG G8 ThinQ: All you need to know

LG unveiled the G8 ThinQ at the MWC 2019. The phone looks a lot like the LG G7 ThinQ from 2018 in terms of design, but on the inside, it’s a totally different phone boasting lots of new techs that make it stand out in a crowd consisting the likes of Samsung Galaxy S10 and Huawei Mate 20 Pro.

With nothing new to showcase for the design, the LG G8 ThinQ takes on a different route to try and impress the masses. Besides introducing new ways of interacting with the device, a bigger battery and a display screen that you haven’t seen before on any phone, the G8 also comes with up to three ways for secure biometric authentication.

With all these allied to a 2019 specs sheet, you have a flagship phone that undoubtedly outshines any of the previous G series devices. Speaking of, below is the LG G8 ThinQ specifications. 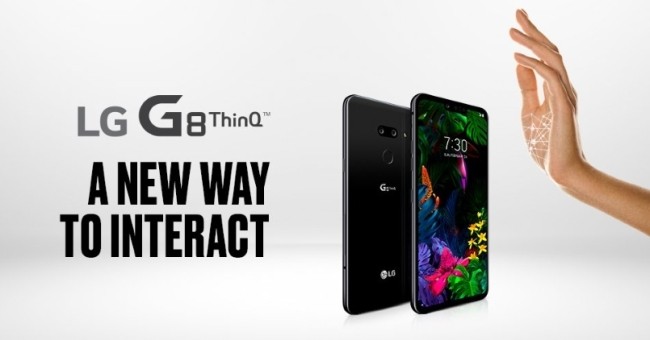 Up to three biometric authentication options 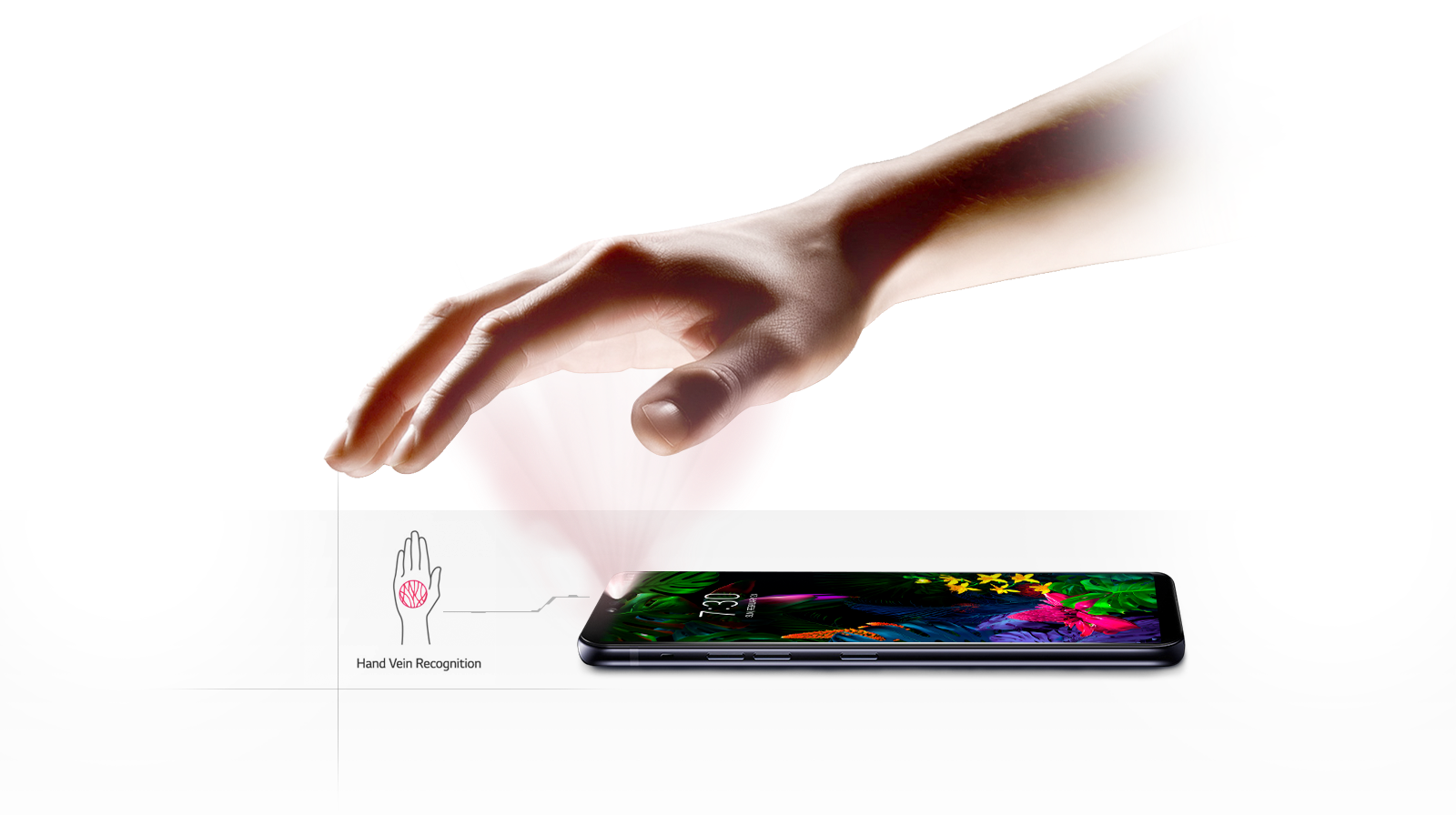 In addition to the typical fingerprint scanner and 3D facial recognition technology that is brought by the 3D ToF sensor paired to the selfie camera, LG has another interesting way of letting you into the G8 ThinQ.

It’s called Hand ID. Apparently; this tech uses your veins to securely lock your phone. There is an infrared sensor that extracts an image of veins from your hand and captures the characteristics of hemoglobin in your blood.

With Hand ID, you only need to wave your hand in front of the screen to unlock the screen, but there is more to this wave. 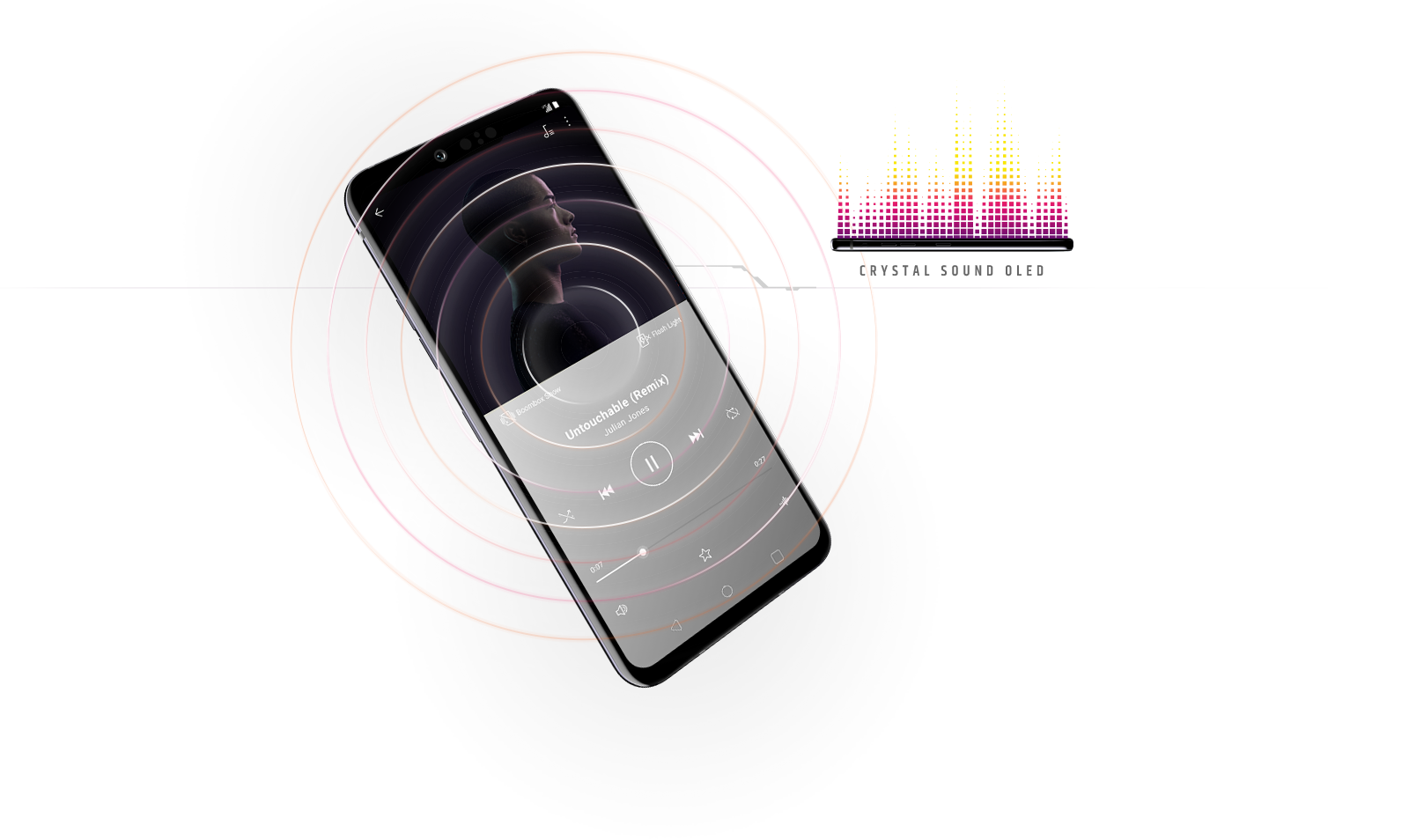 The LG G8 ThinQ is the first in the G series to come with an AMOLED display screen. No, this isn’t the special thing about the phone’s screen, but it’s what it does. The HRD10-capable screen is also capable of what the company calls Crystal Sound OLED, a type of tech that enables the screen to vibrate and emit sound like a standard earpiece speaker.

The result of this is that the LG G8 is completely waterproof up to IP68 and also gets MIL-STD 810G certification for durability. The OLED panel also generates stereo sound when playing media files.

Wave at your phone

With a simple wave at your LG G8 ThinQ, you can do plenty of things like answering calls, adjusting the volume of playing music, switching between apps, and so on.

This is because the phone can recognize the shape of your hand and the gesture/movement when close to the screen. If you thought swipe gestures are the new thing, well, meet touchless controls. LG calls this tech AirMotion.

Audiophiles are still a happy lot

For several years now, LG flagship phones have become the go-to options for audiophiles and the LG G8 ThinQ continues this trend. The phone sticks to the trusted 3.5mm audio jack that is aided by 32-bit QDAC audio and yes, Boombox is still at play. 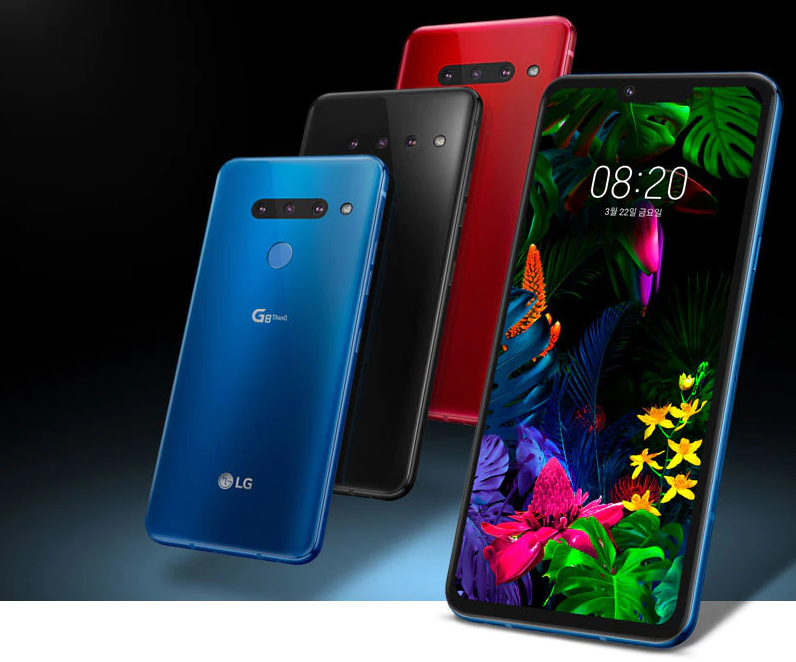 Photography is a big deal in smartphones these days. This is why LG has included plenty of software-based optimizations to help improve the photos taken by the dual-lens camera on the G8 ThinQ. But as if not enough, the company went further and accompanied the G8 as we know it with another variant with three camera lenses on the back.

In addition to the standard and wide-angle lenses, this variant, which is known as LG G8s ThinQ in Korea, gets a third 12MP telephoto lens with up to 2x optical zoom, OIS, PDAF, and f/2.4 aperture. Whether this variant will be sold in the U.S. is unknown, but it’s clear the market could be missing out on what could be a superb alternative to the Galaxy S10 and S10+ in terms of photography.

On the downside, the LG G8s ThinQ skimps on specs, coming in with a 1080p display screen and base storage of 64GB, which most people won’t mind, especially since this pulls the price lower compared to the standard G8 ThinQ.

The LG G7 ThinQ started selling at $750 in the U.S. and KRW 898,700 in South Korea. Although pricing isn’t confirmed for the U.S. market, we are looking at a similar price for the G8 ThinQ.