One of the first world problems of today’s generation is how to wirelessly sync files between PC and Android without the internet. Sure, you can download third party apps like ShareIt or ShareLink that let you share files wirelessly, however, with them, you cannot sync the files/folder continuously.

Moreover, these apps allow you to share files, only when you manually open their apps on PC and Android. Obviously, this is time-consuming. For instance, when a user regularly needs to transfer screenshots from Android to PC, he/she has to open the sharing apps repeatedly on both PC and Android. Of course, you could use the cloud service apps to sync files but it requires a working internet connection. Duh!

The method involves the use of an app, known as SyncMe Wireless app. It is a flawless app that perfectly does the job of syncing files between PC and Android on a local network without internet. All that is required is your PC and Android devices should be connected to the same WiFi network.

Without any further ado, let’s get started on how to use the app to sync files between PC and Android. The app works whether you possess a Wi-Fi modem or not. We have discussed both the methods below.

Note: To make it easy for you, we have broken down the procedure into separate sections. It may look scary but once you set it up, it’s extremely easy to use even for a novice. 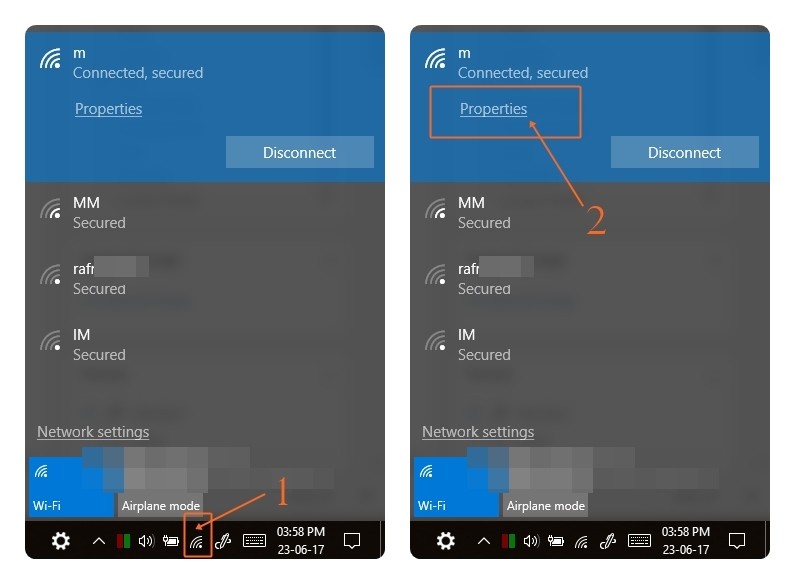 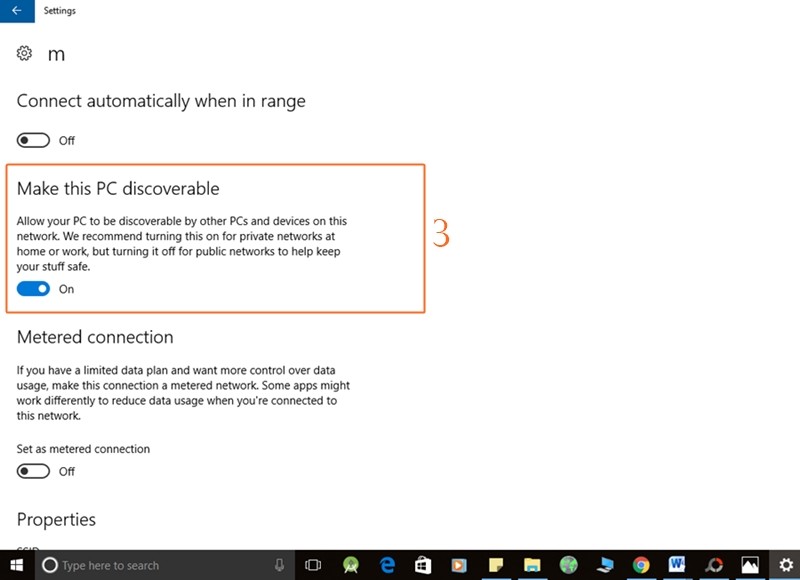 Make sure you enable PC discovery for private networks only and not for public Wi-Fi networks.

b) Turn on file sharing on PC

After you have enabled the previous setting that lets other devices view your PC, you have to enable file sharing for actual data transfer.

Also read: How to sync a local folder with Google Drive on your Android device 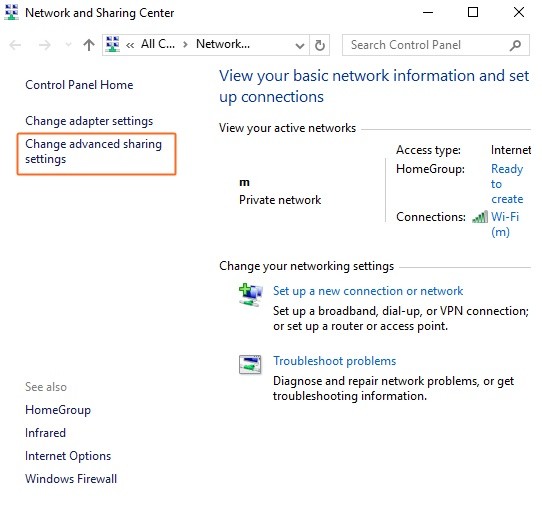 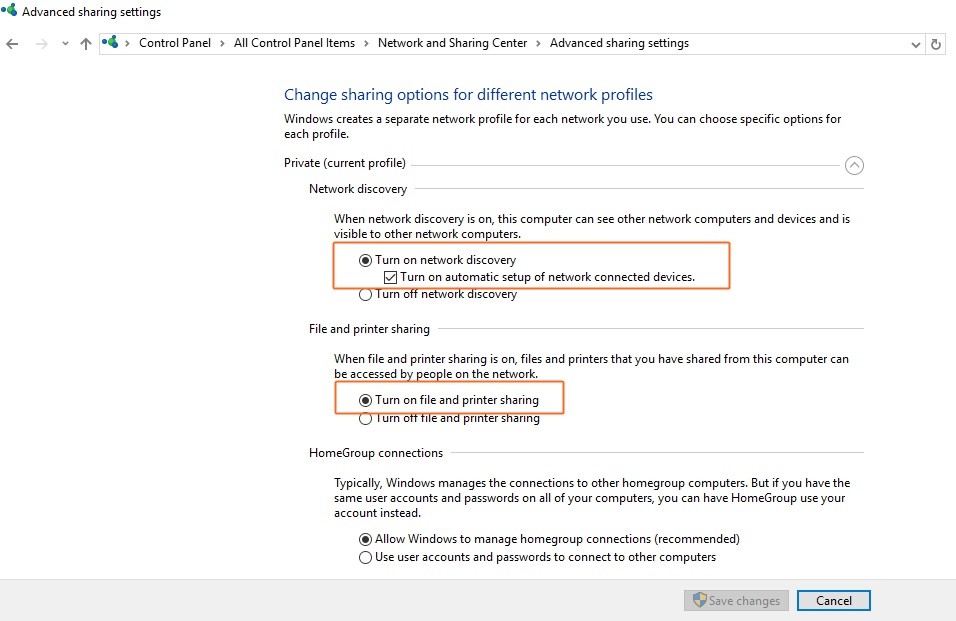 That’s all that is required from your side on PC. Also, you have to do this only once. So, let’s configure your Android device now.

B) Set up your Android device

On your Android smartphone, download the SyncMe Wireless app from the Google Play Store.

After installing the app, follow the steps to connect/add a computer to SyncMe app. 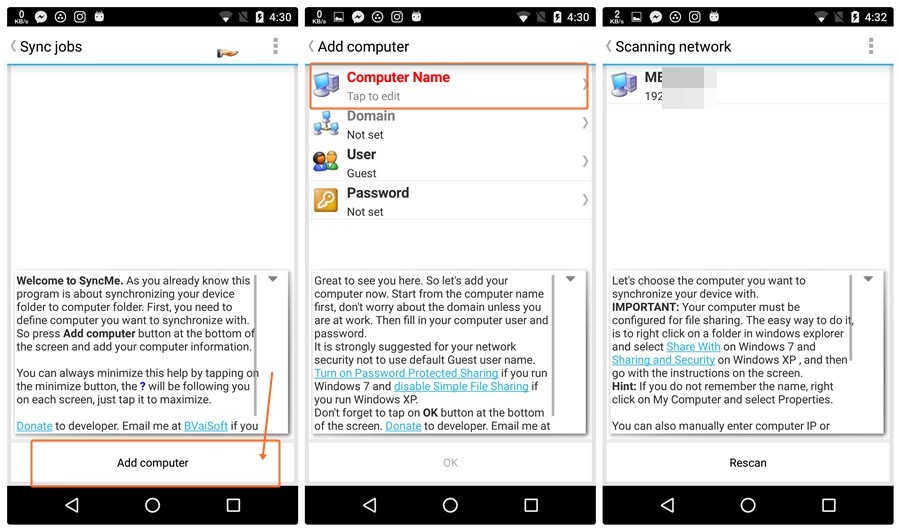 Similarly, you can add multiple computers by following the above steps.

Also read: How to securely save files on cloud with encryption taking place on your own device

After adding a computer, now to sync data or folders between Android and PC, follow the steps: 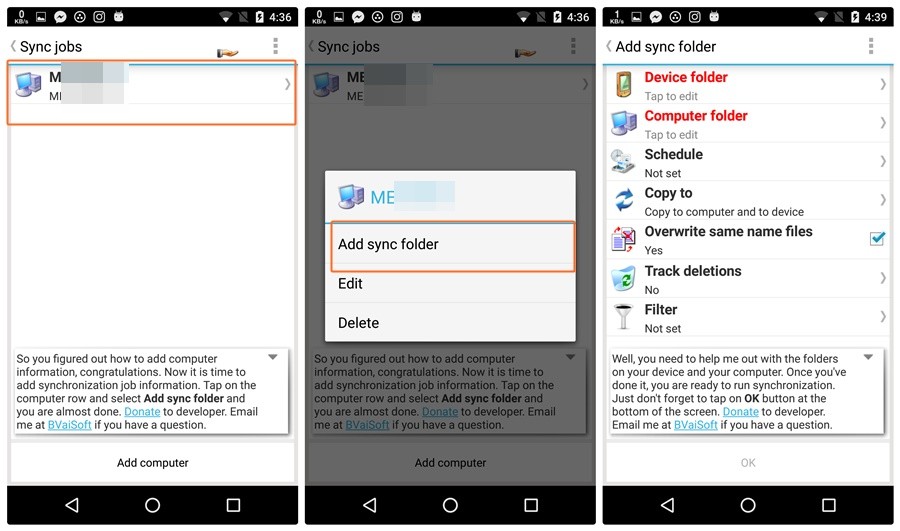 Now the folders that you have synced together, can sync the data either manually or automatically. Similarly, you can create multiple sync folders between Android and PC.

Check out: How to backup your Android Phone

When you add new data into the synced folder using the file manager, open the SyncMe app and tap the folder name and hit “Run” from the pop-up menu to manually sync the changes.

However, if you want your changes to sync automatically, you have to configure the schedule setting mentioned below. You would have noticed that there were some settings on the above screen like schedule, copy to, filter etc. You can configure the settings according to your need.

Check out: How to sync clipboard between your computer and Android device

Another important setting, Copy to setting lets you configure how you want to copy data, whether one way (PC to Android, or Android to PC) or both ways i.e. any change you make on your PC or Android device would be reflected on another platform.

The above method was for a normal Wi-Fi modem. However, there is another cool feature in the app. If you don’t have access to a private Wi-Fi modem, you can use Mobile Hotspot to sync data between Android and PC. No, you don’t need to have a working internet connection to create a hotspot on your mobile. Your Android device has the ability to create a Wi-Fi hotspot without any internet.

Check out: Android apps that transfer data wirelessly between Android and PC

To use this method to sync data, you would first have to enable a setting in the SyncMe app. To do so, open the app, and tap the three vertical dot menu present at the top right corner. Tap Settings and uncheck “Require Wi-Fi connection”. 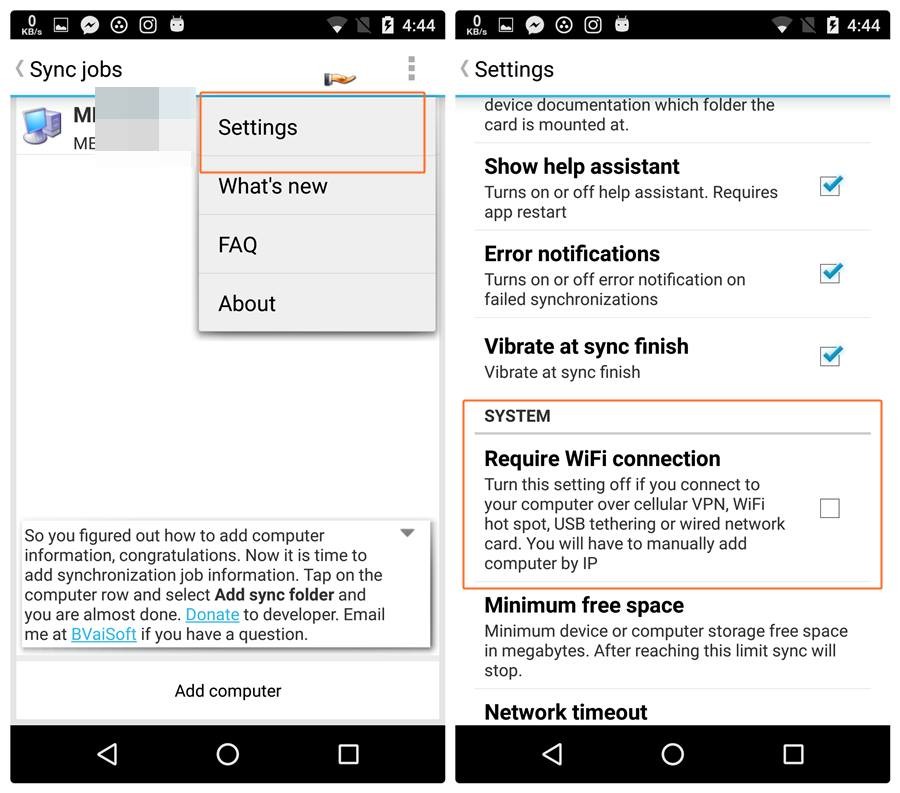 Now to create a hotspot from your Android device, follow the steps: 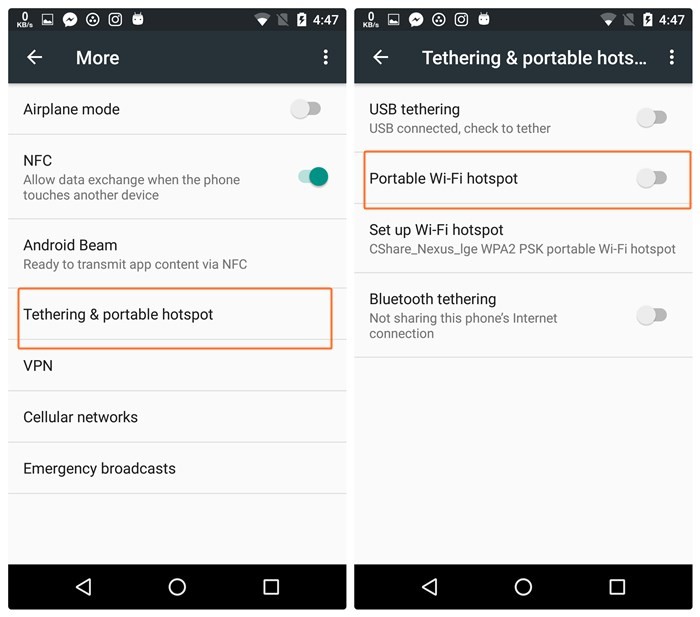 After you are on the same Wi-F- network on your PC and Android, follow the same steps that we did in “Setup your Android mobile”, to add computers and Sync folders.

Before I conclude, let me warn you. Don’t be surprised when you see the last update date of the app. Ummm.. It was last updated in 2015, that’s two years back, but trust us, this is one of the awesome apps that we have discovered lately. Once you use the app, you won’t regret downloading it.

We hope you liked our guide and were able to set it up properly. And in case, you are facing some problem let us know in the comments below, we would be happy to help you.