About a decade or so ago, Facebook — a new Social Networking website — was only finding its feet in unexplored territory. It didn’t have all the bells and whistles it does now and was a lot more user-centric than it currently is. The times were a lot simpler, as we like to call it.

Thanks to advancements in data science and machine learning, Facebook is now a mean and green money-making machine — an organization that has traded heartwarming interactions for more revenue. Facebook’s new look has drawn a lot of fire from general users and experts alike, which has paved the way for the likes of HalloApp — a new venture that focuses on connecting you to your “real friends,” privately.

Today, we’ll take a closer look at how it works — tell you how to send a message on HalloApp.

Related: How to Set Up Halloapp and Get Started With It

Are messages secure on HalloApp?

HalloApp is banking on gold-standard privacy metrics to lure people into the app, and we’re happy to inform you that they are not making empty promises. Built by two ex-WhatsApp employees, HalloApp is one of the most secure messaging tools out there, offering end-to-end conversations for all conversations, by default.

How to send a message on HalloApp

Sending a message on HalloApp is pretty straightforward. Here’s how you can send a new message or add to an existing conversation on HalloApp.

To send a text to a new contact — someone you haven’t yet chatted with on HalloApp — first, launch the app and go to the ‘Chats’ tab.

Now, tap on the new message floating icon at the bottom-right corner of the screen. 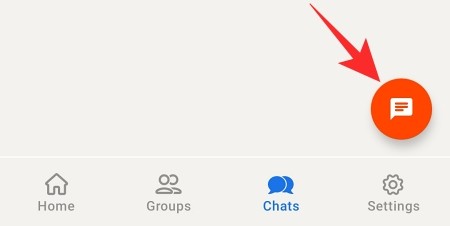 Now, select the contact you want to have a chat with. You can also look for their name on the search bar at the top of your screen. 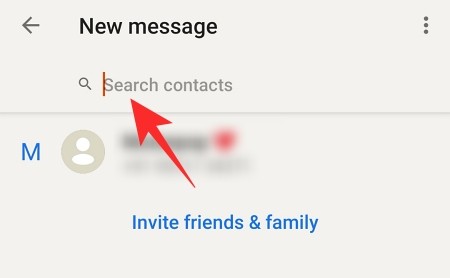 Tapping on their name would initiate a conversation. Finally, jot down your message and tap on the Send button.

2. To an ongoing conversation

Alternatively, if you wish to add your thoughts to an existing conversation on HalloApp, first, go to the ‘Chats’ tab by tapping on it at the bottom of your screen.

Now, tap on the conversation you wish to add to.

Now, type whatever you wish and hit the paperplane — Send — button.

Your message will be sent immediately.

Related: How to Make Voice and Video Calls on WhatsApp on PC

How to reply to a message on HalloApp

You can reply to a message on HalloApp in one of two ways.

First, when you’re conversing with someone and want to reply to a specific text, all you have to do swipe right on the message. It will highlight the message you want to reply to. Now, compose your reply and hit the send button as usual.

As an alternative, you can take the longer route and reply using the conventional press and hold method. In this case, press and hold the message you want to reply to. Now, tap on the reply button at the top-right corner of your screen.

When the message is highlighted and a text field pops up, put down your reply and hit the Send button.

That’s all! Your reply would be sent right away.

Related: How to FaceTime on Android and Windows

How do read receipts work on HalloApp

Read receipts have been present on WhatsApp for a long time. So, it’s hardly a surprise that HalloApp would have the same functionality right from the very beginning. Interestingly, HalloApp’s read receipts are almost identical to WhatsApp’s tried and tested system. On HalloApp, read receipts have three tiers.

First is the sent indicator. This is denoted by a single light blue tick. The indicator means a message has been sent from your side but not yet received by the other party.

Double light blue ticks are shown when a message is delivered to the intended recipient but not yet read by them.

Double dark blue ticks appear when a message is read by the receiver. They could either reply or choose to ignore it altogether.

Finally, if you see a clock icon at the bottom-right corner of the message you sent, it means that the message you are trying to send is still in the pipeling — probably waiting for an active internet connection.

Related: How To Send ‘View Once’ Only Photos and Videos on Whatsapp

Can you send a group message on HalloApp?

Group messaging is pretty basic functionality and is available on all messaging applications. Unfortunately, HalloApp, at this point, doesn’t support this feature. Since HalloApp only allows you to chat with the people in your address book, there’s no provision of adding mutual friends. So, if you add two friends to a group, who aren’t familiar with one another, you are basically acting their mutual friend, which simply isn’t allowed.

You can create groups, of course, but that is mainly to restrict your audience, not to make them interact with one another inside a group.

Related: How to Restore Whatsapp Messages on New iPhone

How to send an emoji, GIFs, and stickers

Sending an emoji isn’t any different from a regular text, especially because HalloApp doesn’t offer you a dedicated button for emojis, GIFs, and stickers. You will have to take care of business through your default keyboard app.

Pick an emoji from the list and tap on the Send button to let the message fly. 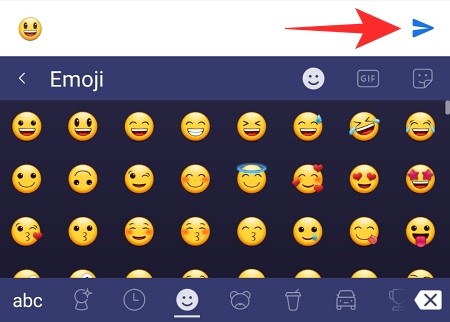 To send a GIF, go to the GIF at the top-right corner of the keyboard window. 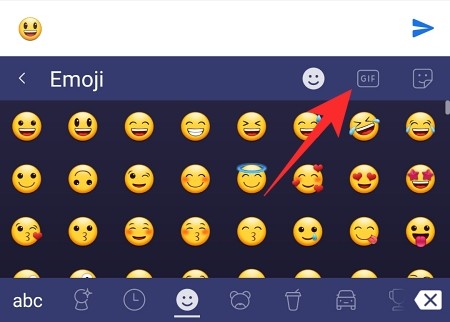 Next, on the edit screen, you can either crop or delete the GIF in question. 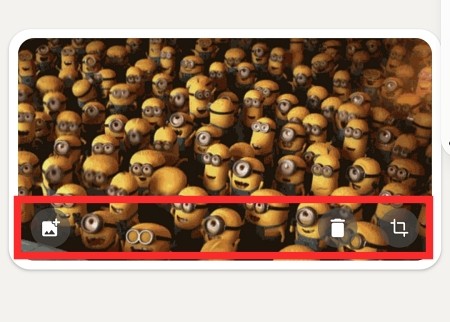 When satisfied with the GIF, tap on ‘Send.’

You can send a sticker in a similar fashion.

Related: How to Set Password to Your WhatsApp Backup

How to send a photo or video

Want to exchange media files over HalloApp? Follow the steps below to do so in a heartbeat. First, go to the conversation you wish to send the files to. Now, tap on the Photos button on the right of the text field.

Give HalloApp access to your gallery and pick the image you want to send. After selecting the file, tap on ‘Next’ at the top-right corner of the screen.

On the edit screen, you’d be able to delete the image, crop it, or club more images together.

After you’re done tinkering, tap on the ‘Send’ button at the top-right corner to send the file.

To send multiple files at once, you’ll need to select more files on the selection screen, before hitting ‘Next.’

No other deviations necessary.

How to delete a message

WhatApp was one of the first big messaging apps to cook in the delete message feature inside the application. And no, we’re not talking about deleting on your end alone. HalloApp, as expected, takes a page off of WhatsApp’s book and allows you to delete messages from both from your end and the recipients.

To delete a message, press and hold the message you want to delete and tap on the Delete (Recycle Bin) button at the top-right corner of your screen.

How to clear a conversation

If are looking to wipe the slate clean, the option to clear your screen would come as a lifesaver. To clear a conversation on HalloApp, first, go to the conversation you want to erase and tap on the vertical ellipsis button at the top-right corner of the screen.

When asked for confirmation, tap on ‘Yes’ and watch your chat get erased right in front of you.

Can you edit a message on HalloApp?

No, at this point, HalloApp doesn’t allow you to edit the messages you’ve sent. The functionality could be introduced in future builds.

WhatsApp recently introduced time-sensitive messages, which get auto-deleted after a certain period. HalloApp stores your messages on their servers until delivery. After it, the messages stay locally on your device.

HalloApp is doing its best to establish itself as a privacy-centric alternative to Facebook. However, in its current form, the app is neither fully-formed social networking app nor a very good messaging option. Below are the notable things it lacks when it comes to texting.

In 2021, calling — both audio and video — have become an essential part of our daily schedule. And the fact that HalloApp lacks the functionality altogether is unlikely to do their cause any favors.

Since Hallo App only connects you to the users who are already on your contact list, group chatting functionality hasn’t yet been added. Since it’s a basic commodity, we hope for the developers to look into it as soon as possible.

Although not seen as super essential, having formatting tools — such as bold, italic, strikethrough — can come in pretty handy when you’re composing complex documents. Unfortunately, none is available in HalloApp, which can be a bummer who depend on the tools in day-to-day communication.

As is the case with all new social networking apps, there aren’t many users on the application just yet. And since you’re depending on your contacts to make the most of the app, you are likely to be bored out of your mind sooner than later. This issue, however, would be solved if the app proves itself worthy over the next few months. 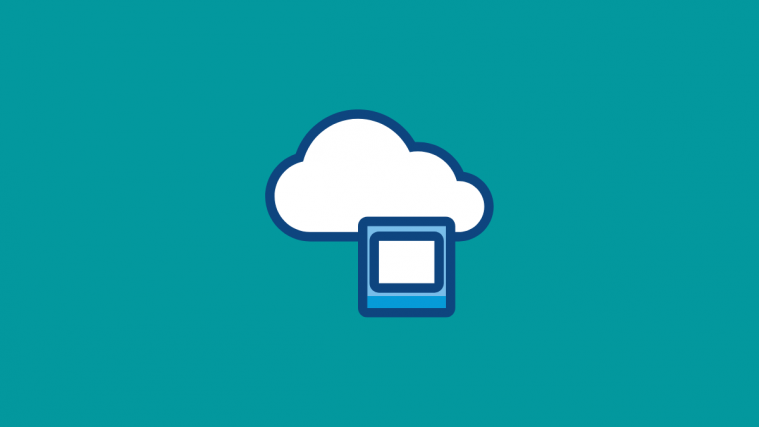