How To Get Full Armored Kratos in Fortnite

Fortnite Chapter 2, Episode 5 is here and Epic Games seems to be geared to give players a season to remember. Players had already been eagerly awaiting the new Mandalorian skin along with the Fortnite Crew Pack subscriptions. The news of Mando and Grogu, better known as Baby Yoda, coming to Fortnite had been leaked by Twitter user Hypex before the Season 5 launch on December 2. No wonder players flocked to buy the season’s battle pass (or the Crew subscription) for the Mandalorian skin.

Even before many players could complete the quest to get the Mandalorian battle armor, Hypex released the next leaked skin. The internet went crazy as Hypex hinted that God of War’s Kratos would be joining the hunt.

Kratos will be a skin soon! (Reposted for a better image) pic.twitter.com/S6lgYMcGJR

Epic Games collaborated with Sony to make the PlayStation character skin available in Fortnite. This collaboration has given PlayStation players something exclusive to look forward to as well. Here is all you need to know about the entry of the god-killer in Fortnite.

Related: How to Earn Weapon Specialist Accolades in Fortnite Season 5

Is Kratos skin only available on PlayStation?

Till December 3, to enjoy the demigod Kratos in action, gamers had to play the PlayStation flagship game God of War. God of War is unavailable on any other platform apart from PlayStation.

Frequent rumors of the game becoming available on other platforms, have yet not come true. Non-PlayStation players’ long wait to get their hands on Kratos has come to an end. Epic Games has collaborated with Sony to bring Kratos out of the God of War world.

In the latest season, Zero Point, Agent Jonesy is hiring hunters from various realities to prevent characters from escaping the Loop. Hours after the leak by Hypex, the game developers released the Kratos skin on all platforms.

So, now Fortnite players on any platform can get the Kratos skin.

Related: How to upgrade weapons in Fortnite Season 5

The Kratos skin comes with the Mimir’s head as back bling. In the Kratos, bundle players will get the skin, the harvesting tool, the glider, the back bling, and the Freezing Burst emote.

The Kratos outfit and Mimir back bling combination cost 1,500 V-Bucks. 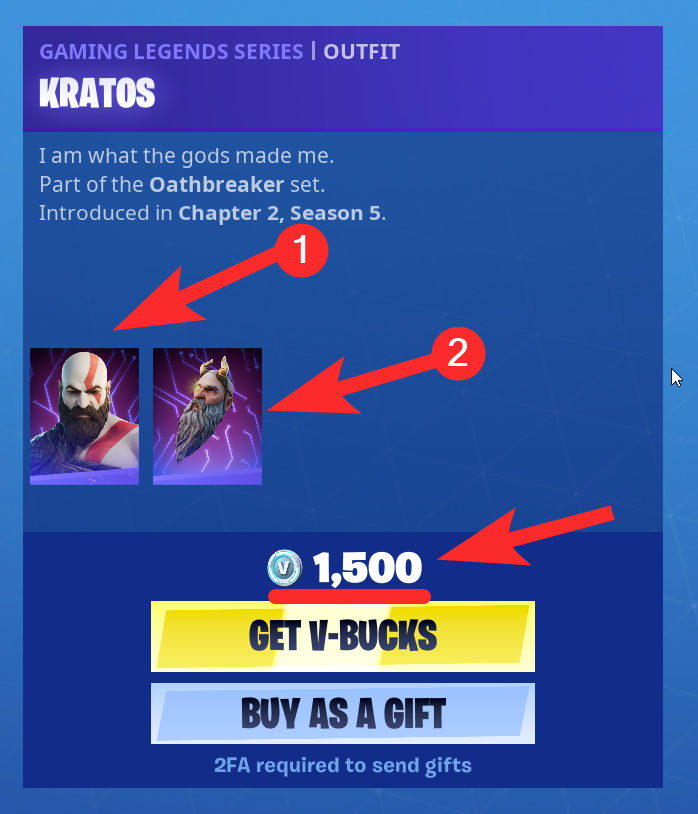 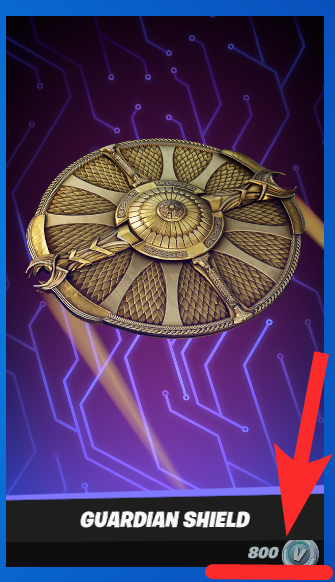 The Kratos Bundle has been priced at 3,300 V-Bucks. However, currently, there is a 1,100 V-Bucks discount on the bundle reducing the price to 2,200 V-Bucks for a limited time. 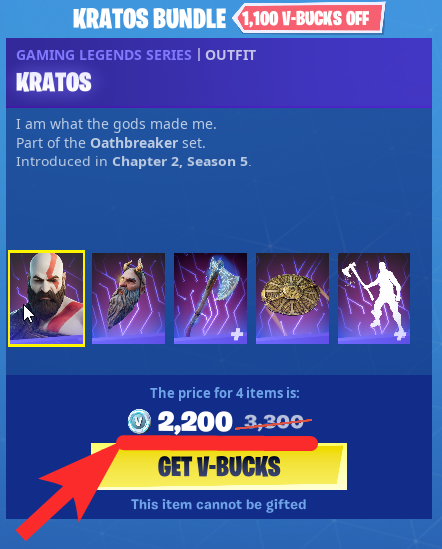 How to get the Kratos bundle on Fortnite

Since the Kratos skin, accessories, and bundle are purchasable items, players can simply buy them from the store. Players need to have sufficient V-Bucks to successfully buy the item of their choice. If the player does not have enough they can continue playing the game to earn more or simply buy more V-Bucks from the store.

Players also have the option of receiving the skin and accessories as gifts. The bundle, however, cannot be purchased as a gift.

Even though players now have the access to the Kratos skin on Fortnite, Sony has ensured that PlayStation loyalists get something exclusive. The PlayStation exclusive golden armor of Kratos is not accessible to players on any other platform.

PlayStation gamers unhappy about Kratos entering other gaming platforms still have the bonus armor to look forward to.

How to get the exclusive Kratos armor on PlayStation

To get the insanely impressive looking armor, PlayStation users need to buy either the Kratos Outfit or the Kratos Bundle which contains the outfit. After playing a match with the new Kratos Outfit players will gain access to the Kratos Armor.

When you play a match on your PlayStation 5 after purchasing the Kratos Outfit, you’ll unlock the Armored Kratos Style — a celebration of his PlayStation legacy. pic.twitter.com/DDBAlINhEZ

Just because you do not own a PlayStation does not mean that you cannot own the Kratos armor even after buying the outfit. You just need to have access to a PlayStation device.

Even if you log back out and resume playing on a non-PlayStation platform you will see that you still have access to the armor. While this is not a feasible “hack” for most people, it is still a way players can access the armor.

While PlayStation players are happy to have received the exclusive armor variant, there is a mixed reaction from other Fortnite players. Some players are extremely disappointed that even after buying the outfit or bundle they did not have access to the armor.

Others were understanding of the fact that Sony would give their users a bonus item.

With Master Chief rumored to be joining the game soon, Xbox players are waiting to see what exclusive variant awaits them.

My guy stop complaining, we’re probably getting master chief as Xbox’s part of the exclusive

Have you been able to get the PlayStation Exclusive Kratos armor?