How to enable and use themes on Android Q beta

Yesterday, Google gave us a preview of the next version of Android, unsurprisingly dubbed Android Q.

There are a lot of cool features and some nifty feature that make up the Android Q, but one of the most loveable features is the addition of Themes. Damn right!

For the first time in the history of Android, we now officially have Theme support in the OS. Sure, many of you didn’t know that or feel the need of that because the phone you were using had it — almost all OEMs, including Samsung, Huawei, Xiaomi, LG, OnePlus etc. provide themes in their phones as part of their custom skin.

For the Pixel fans though, this means a lot. Same for the fans of Motorola, Nokia, and other OEMs, where the companies employ stock UI and thus don’t provide the ‘Themes’ feature.

Probably one the most requested feature for years in the Android front by fans and enthusiasts, and now Google has officially bought the theming option to the official Beta 1 of Android Q operating system.

Well, this option has been hidden under a section named “Theming” under the developer options on Android Q beta software. 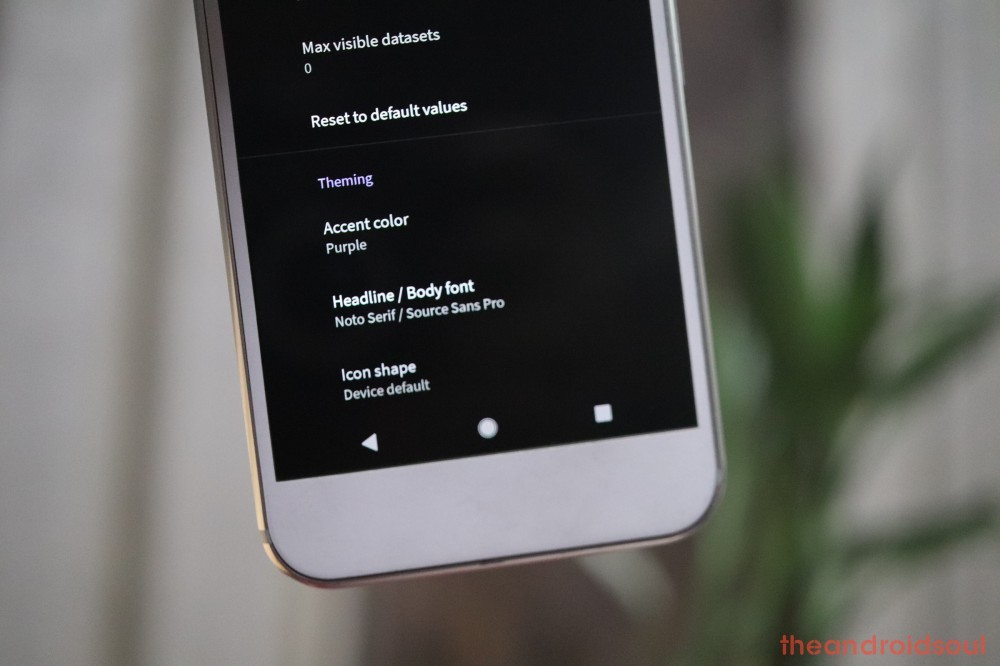 How to enable themes on Android Q beta

If you are wonder where the themes feature is on Android Q, well, here you go.

To try theming feature on your Pixel device on Android Q, do this:

Yes, theming is pretty limited in the beta version, and even though there is no guarantee that this feature will make it to the stable version of Android Q, we hope it does, and with a wide range of options to play with.

Here’s what the three features that Google has given us in the theming section are about. 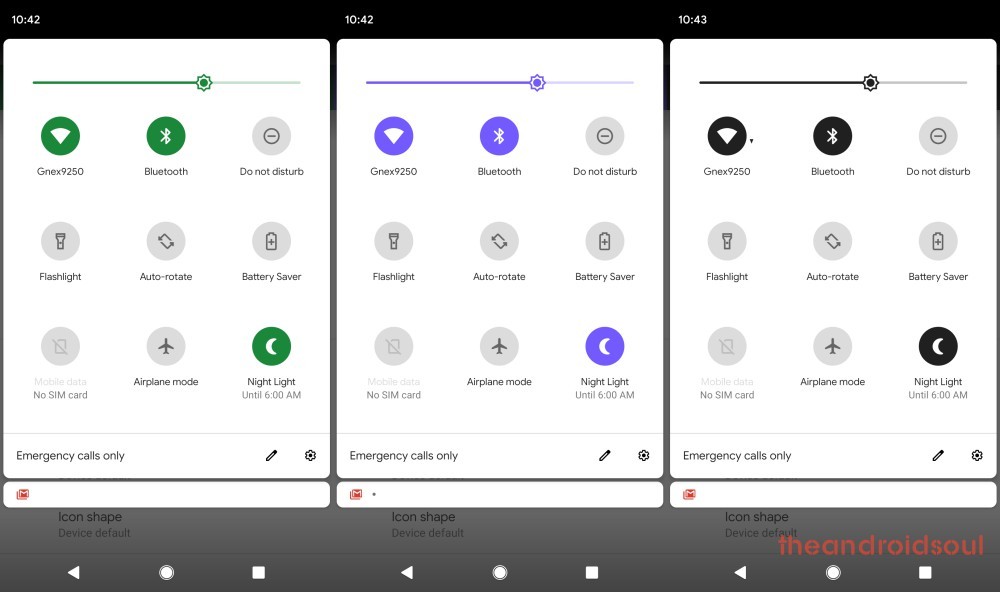 Accent color allows you to change the coloring style of the various UI elements in the Setting app and a few other places. It won’t have have too much of an impact, but it’s a good start nevertheless. 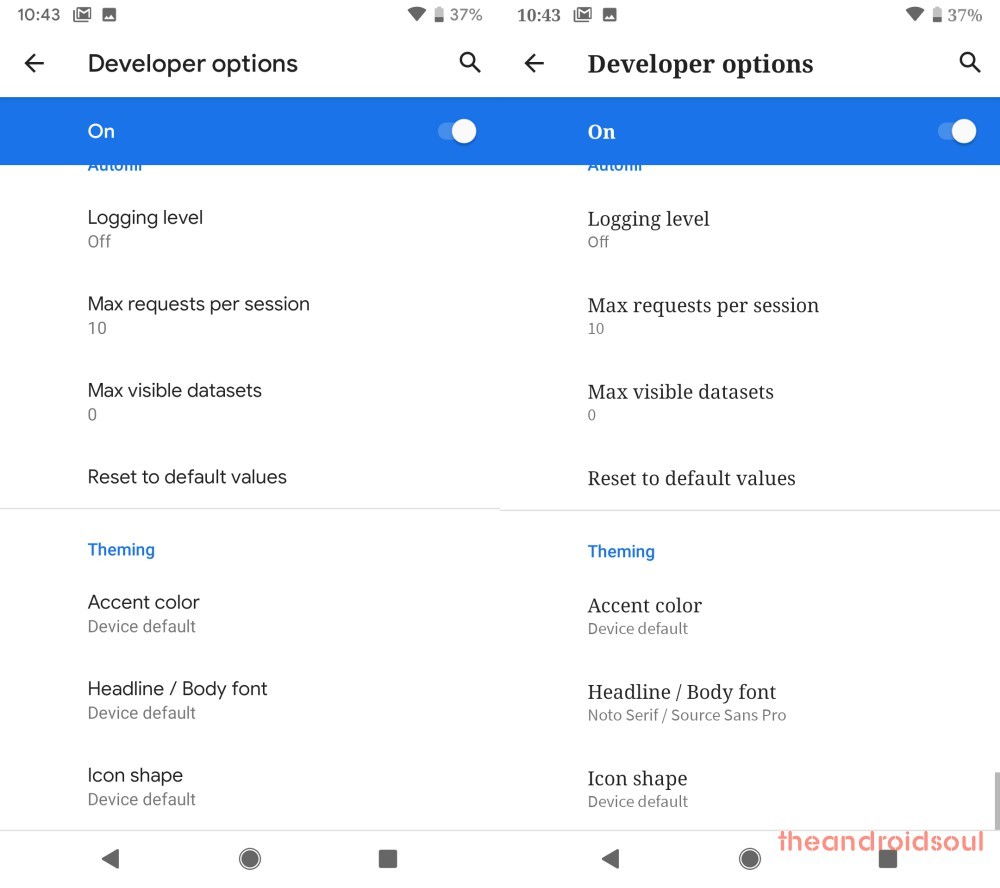 The Android Q’s default font is Google Sans font, which the users can change it to Noto Serif for headers and Source Sans Pro for body font. We hope fonts are added in the stable version of Android Q.

In this option, users can change the shape of icons of the apps on their phone from device default to a host of different icon shapes. Options available are:

The right-most image above is the default style of icons.

If you find anything new in Android Q, Do let us know in the comments below.