How to download Android 9 Pie update on Galaxy Note 8 with One UI (N950USQU5DSC1 for the US, DSC1)

We have the firmware available with us of the Sprint’s Note 8 Pie update and have shared the download link of that below too. So, if you have a Galaxy Note 8 that comes with model no. SM-N950U, you can upgrade to Android 9 Pie manually using the firmware. If you are not receiving OTA update for the One UI based Android 9 Pie, installing the firmware manually is the best option.

The Pie update for the U.S. version of Galaxy Note 8 comes as N950USQU5DSC1, also called DSC1 in short. 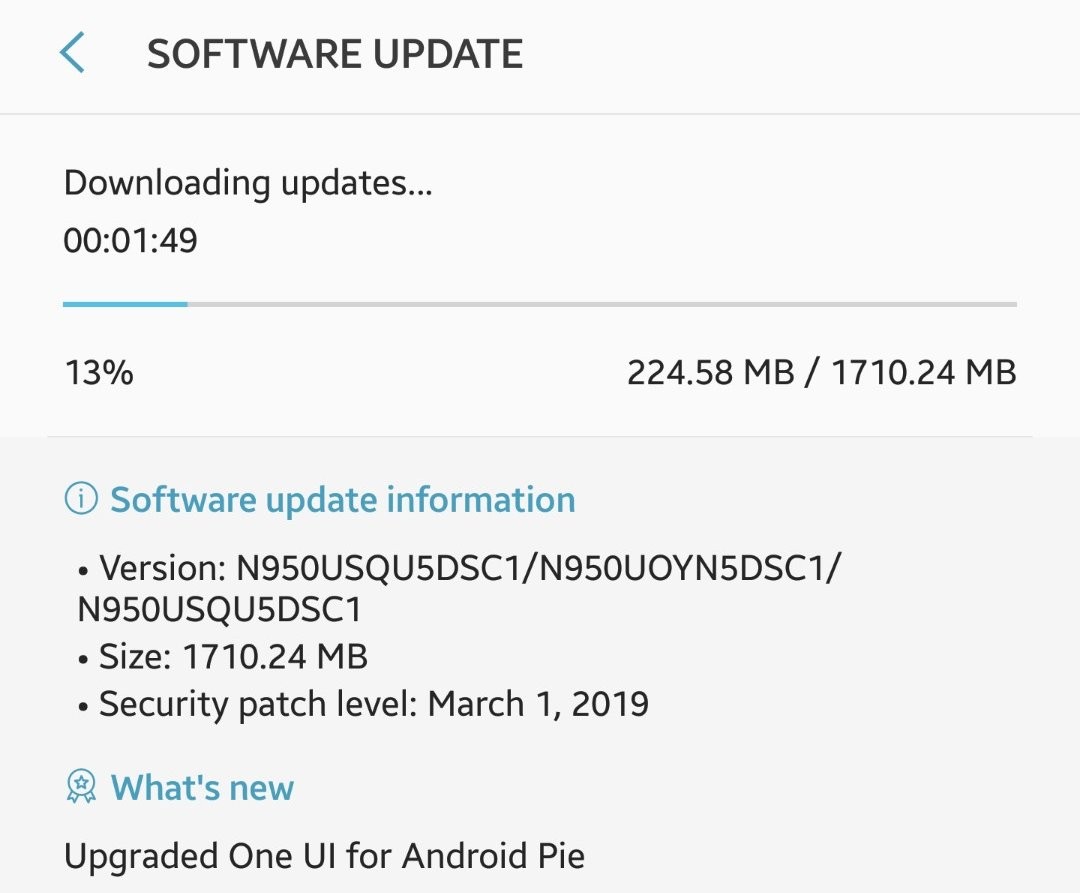 The stable Pie update arrives as software version DSB2 (full version being N950FXXU5DSB2) and is already rolling out as an OTA update. We have provided the firmware file of the DSB2 update below, using which you can manually install the Pie update right away without waiting for the OTA update. Find the link in the downloads section below. 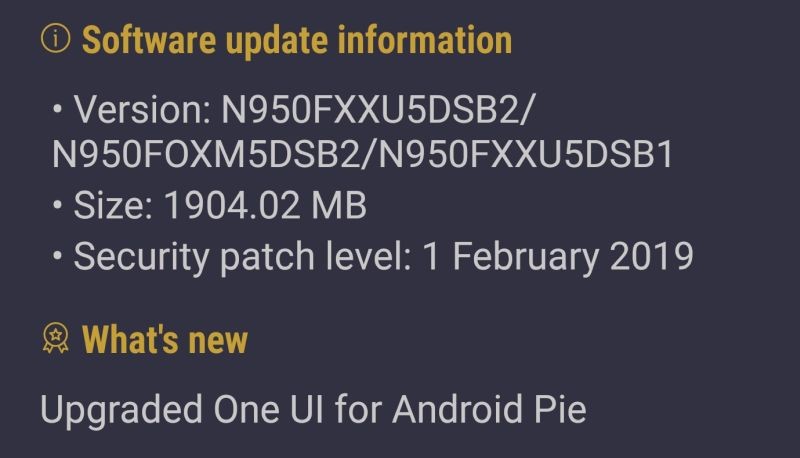 Update [February 11, 2019]: Android Pie beta 4 has been released for the Galaxy Note 8 users. identified as version ZSB2, the update fixes critical bugs with the ZSB1 update, which was released only a few days ago.

The new ZSB1 update fixes issues with unlock using IRIS recognition, device hangs, force closes, etc. issues in different use cases of the phone. Problems with the fingerprint scanner and screen brightness have also been fixed. The ZSB1 update is available for download below. 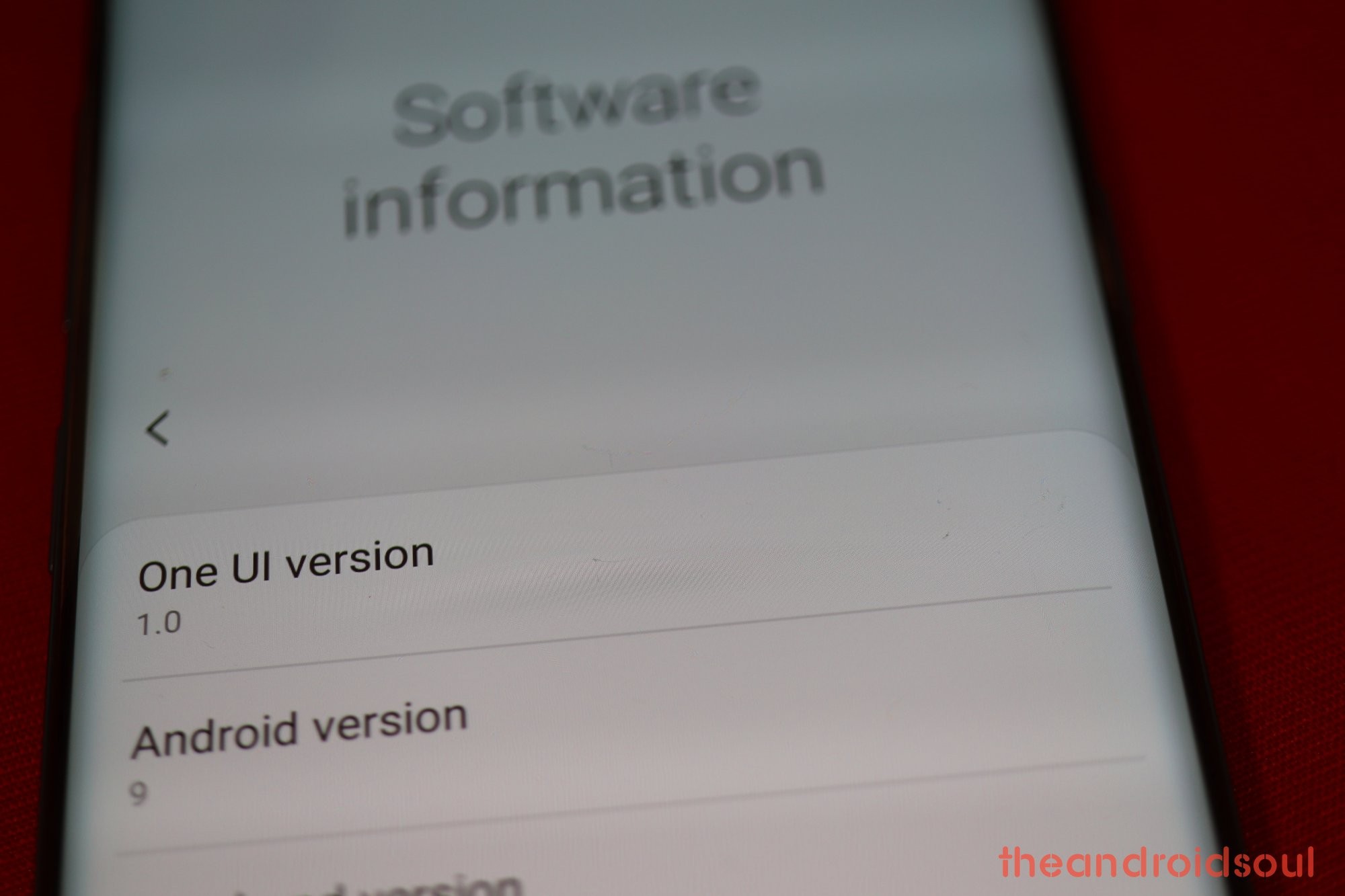 This page is meant only for the Galaxy Note 8 handset. Do not try this on any other Samsung device or any other Android device.

This article is compatible only with the Galaxy Note 8. Do not try this one any other Android device.

Step 1. Download the Android Pie firmware from the downloads section above. Make sure you have downloaded the correct firmware file on your PC.

Step 2. Install Samsung USB driver (method 1 on the linked page) first of all. Double-click the .exe file of drivers to begin the installation. (Not required if you have already done this.)

Step 4. Extract the firmware file now. You can use free software like 7-zip for this. Install 7-zip, then right click on firmware file and under 7-zip, select ‘Extract here’. You should get files in .tar.md5 format now. (You may a bunch of files, and you will find text like AP, BL, CP or CSC etc. written at the beginning of those files.) We will be loading this file into Odin, to be installed on the device.

Step 5. Extract the Odin file. You should get the Odin exe file (other files could be hidden, hence not visible).

Step 6. Disconnect your Galaxy Note 8 from PC if it is connected.

Step 8. Double click on Odin .exe file (from step 5) to open the Odin window as shown below. Be careful with Odin, and do just as said to prevent problems.

Step 9. Connect your device now using the USB cable. Odin should recognize your device. It’s a must. When it recognizes, you will see Added!! message appearing in the Log box in the bottom left, and the first box under ID:COM will also show a no. and turn its background blue. Look at the pic below.

Step 10. Load the firmware files into Odin. Click the AP button on Odin and the select the .tar.md5 file from above. See the screenshot below to find how the Odin window will look like after you have loaded the files.

About CSC file: Using the HOME_CSC file won’t reset your device, and data on the phone shouldn’t be deleted. However, when we select a regular CSC file, and it results in CSC on the device being different than that in CSC file, your phone will be formatted automatically. You can even choose to ignore loading the CSC file, that may do alright too. But if it doesn’t work out, repeat the whole process and select CSC file this time around. 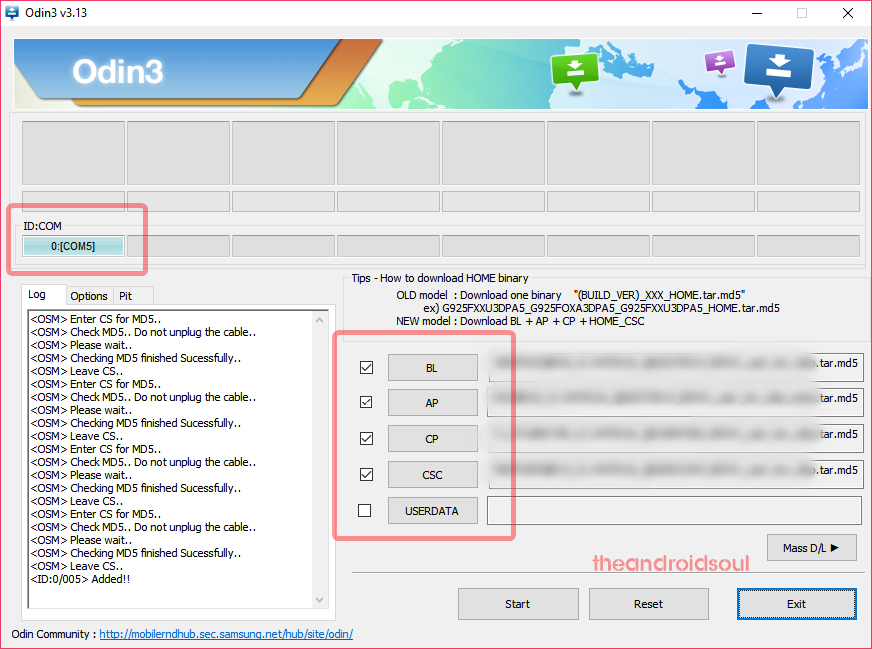 Step 11. Click on Options tab, and make sure Re-partition checkbox is NOT selected. Don’t use the PIT tab, ever.

Go back to the Log tab now, as it will show the progress of the firmware installation when you hit the start button in the next step. 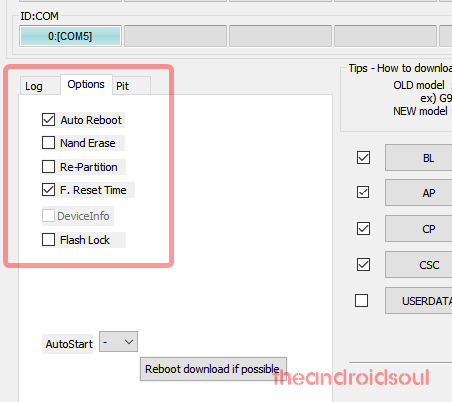 Step 12. Verify that everything is okay as mentioned above. When satisfied, click the Start button on Odin now to start flashing the firmware on your device.

Wait till installation is finished, after which your device will reboot automatically. You’ll get PASS message as shown below upon successful installation from Odin.

Some errors you may run into, and with respective solution.

Let us know if you run into any problems in installing the One UI-toting Android 9 Pie update on your Galaxy Note 8.

Android Pie with One UI for Galaxy Note 8 leaks out