Samsung is yet to update its current flagship device, Galaxy S3, to Jelly Bean (Android 4.1) with its official software Kies but there is a new test firmware already available online, named i9300XXDLG4, or simply XXDLG4. It’s only for international Galaxy S3, model number i9300, and not for any other Galaxy S3 variant, including one at Verizon, AT&T, T-Mobile, Sprint, etc.

We have a got a complete guide for you ready below, so better follow it word-to-word to upgrade Galaxy S3 to Jelly Bean with the XXDLG4 firmware, based on Android 4.1.

But before we see the installation guide, let’s get to know this build a more. First up, this is a very test build — I know it’s boring to know that it’s test build again and again, but that’s that — and thus, it contains its fair share of bugs. But if you’re an android enthusiast who has been keeping Galaxy S3 Cyanogenmod 10 Rom, you already know who to live with bugs, which I think are anytime less than a custom firmware.

The guys at SamMobile are to thank for this leak, and they also report that there were some problems experienced by them: all contents of internal sdcard getting deleted, problem in installation of some apps, etc. While this could turn out to be a problem with a particular device, and not a general one, it’s still safe to say that if you want to remain perfectly safe, do not try this firmware, and rather wait for Samsung to release the Jelly Bean update to your region via Kies, which should be in one month or so now.

Now, let’s see the installation instructions, after which we will see what’s new in this firmware apart from Android 4.1 and some screenshots too. But before all this, some warnings and compatibility notes.

This guide to install Android 4.1 Jelly Bean firmware is compatible only and only with the international Galaxy S3, model number i9300. It’s not compatible with the US variants or any other device. Check your device’s model number in: Settings » About phone.

How to Install XXDLG4 Samsung Galaxy S3 Firmware Based on Android 4.1 Jelly Bean

Follow the guide below to the letter to upgrade your Galaxy S3 to Android 4.1 with the leaked experimental firmware, XXDLG4. If you are on custom rom, pay even more attention. And know that you will lose warranty if you apply this. Once again, it is risky firmware to install, so who are new to this, may well wait for official release, expected in a month or so.

Some more things about the i9300XXDLG4 firmware: it;s got no CSC file, no Modem file, and is just a big bunch of PDA file, containing Android 4.1. Not a worry, though. And yes, the build date of the firmware, it’s 31 July 2012 — if you are thinking about a new more official more working firmware already because it’s been 16 days since this firmware’s build date, you are not alone.

So, in case the Galaxy S3 hangs up while restarting in step 14, step 15 should get it to work. It should be booting up perfectly now. And you must be having Android 4.1 Jelly Bean based XXDLG4 firmware on your Galaxy S3 now. Let us know what do you think about it.

And if get any problems regarding installation of i9300XXDLG4 firmware, let us know in comments below, we will try our best to help you. Check out more screenshots below of first Galaxy S3 Jelly Bean Firmware, and the changelog — of changes we know so far.

(Thanks to Faryaab at XDA, and SamMobile) 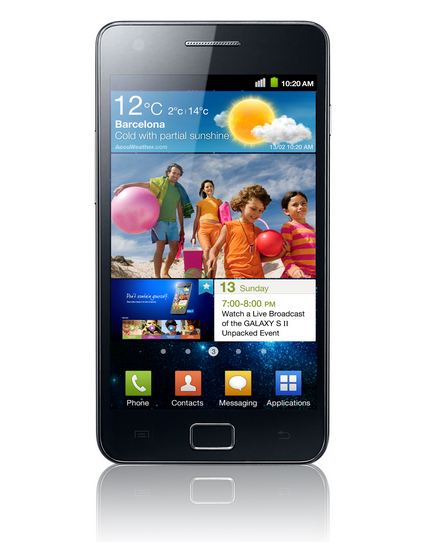